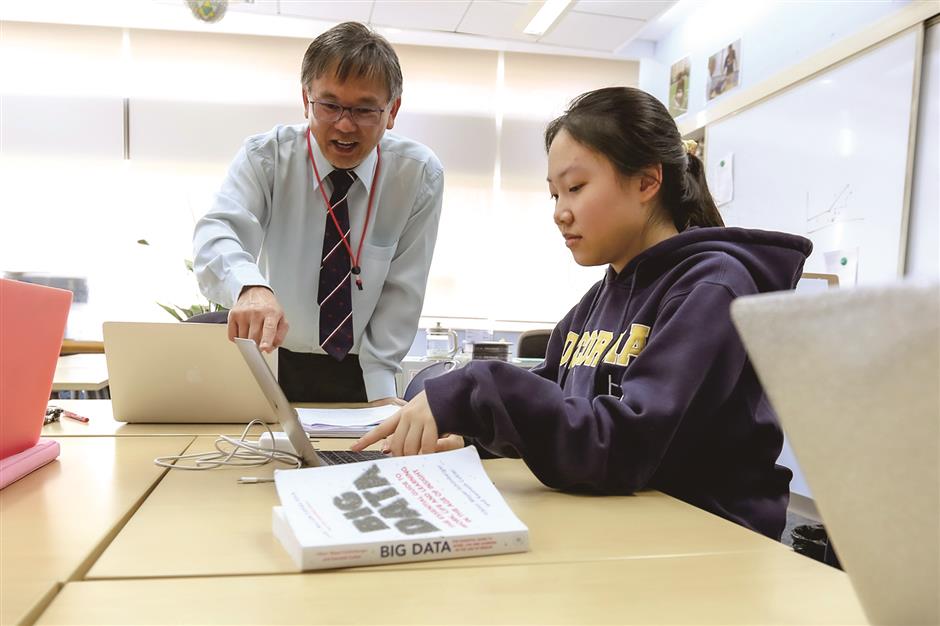 With his open and friendly persona, he launches into his personal story of big data analytics, which dates back to 2003.

Tong first heard about the rise in “datamining” — the term coined for big data back then — as a graduate student in Australia when news of a local competition seeking talented data analysts reached his ears. As someone who has always been extremely passionate about finding the inherent patterns in mathematics and beyond, he was immediately drawn to this new discipline.

Discovering the potential for big data several years before it garnered mainstream public view, one of Tong’s main objectives for his course is to give students “an extra edge or advantage over other high schoolers” in our data-driven 21st century.

However, as an interdisciplinary subject that encompasses a diverse range of subjects, Tong’s class shouldn’t be confused as to being oriented toward only one part, such as mathematics, computer science, or statistics. Instead, the emphasis is on analytics itself.

“At the core of the class is what you can harvest from your pool of data,” explains Tong.

“These days everyone wants a glimpse into a crystal ball which we know doesn’t exist,” continues Tong, “but data analytics gives us the ability to predict many things previously thought to be random events. This allows a pathway for us to better prepare for the future.”

During the semester-long course, Big Data students first receive a general introduction to big data and then mainly focus on completing one data analytics project that they are given free rein to choose the topic of.

This project-based curriculum allows for thorough research and an opportunity for students to present their ideas at the annual Big Data Analytics Education Conference or International Conference on Big Data and Education.

Since the course’s creation, a growing number of students have been selected for attendance at these platforms previously only designated for graduate-level research.

In fact, one student group went as far as to win the Excellent Presentations award at ICBDE two years ago.

Drawing their inspiration from the Air Quality Index in Shanghai, they tackled the air quality issue by analyzing VOC, CO2 and PM2.5 data collected from hardware built by themselves with the help of the AP Physics teacher Joel Klammer.

Their analysis of the resulting data was then used by the director of operations at the school to better inform the fresh air intake cycle method.

At one point during the conference, Professor Jin Wang, the program chair of ICBDE, approached Tong to express his utter amazement at the academic and social caliber of Concordia students.

Tong recalls that what really stood out to Wang was the fact that they are high schoolers doing projects that are at the university standard, with presentation skills that were on a par with, if not better than, some of the undergraduates.

Tong’s class goes beyond just learning basic facts and concepts from a textbook.

Although the course encourages development of great additional skills and experience that often catches the eye of university admission officers, his overarching goal for the course is to let students “gain an overall appreciation for the potential in data and to use the skill in looking for patterns to see what else these pieces of information can lead to. It’s almost like a philosophy.”

Samuel Xu, who had taken the course as a junior, based his big data capstone project on analyzing political bias in the news.

At the beginning of the following school year, he came back to Tong’s office with exciting updates on the expansion of his project. 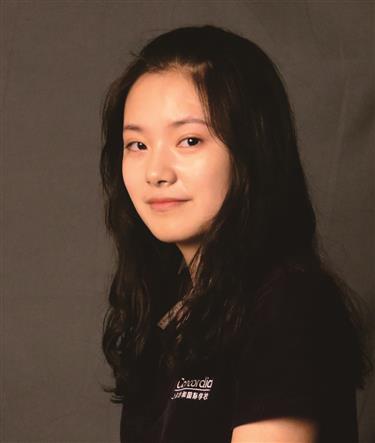 During summer, Xu decided to complete a full research paper to IEEE standards on the use of natural language processing in discerning journalism’s political biases. He won second place for his presentation at YouthMaker Science and Technology Fair.

Recounting this story, Tong is jubilant: “It’s not even just about the award itself, but the fact that he took the initiative to use what the course taught him and take it so many steps forward that impresses me.”

Through learning analytics, students are open to more possibilities in our constantly evolving digital world, a privilege that in turn empowers them to go further in their learning.

Xu is now looking into majoring in a data science branch of electrical engineering in college.

Bringing this successful opportunity to Concordia, Tong had to essentially create the course from scratch.

Back then, big data courses were mostly limited to college students so there were almost no resources, curriculum, or textbooks available for high school classrooms.

Luckily, one of his students shared the same passion for big data as Tong, and the idea for a new course began taking root.

At a parent-teacher conference with the student, Tong discovered the parent of the student was the vice president of IBM Asia Pacific.

Tong was linked up with IBM USA and allowed to use the academic version of Watson Analytics, which even Chinese IBM engineers had not been able to access directly online.

The student and his family played a crucial role in helping kick start the course in 2014, allowing Concordia to become the first international school in the world to offer big data education.

“A diamond in its raw form is worth really little,” says Tong.

“If I walk into a mine, I wouldn’t know if I stepped on one. But when the diamond is polished, cut and packaged in a nice manner, only then would you realize its true worth,” he explains.

“The same thing foes for data. Unless you data-wrangle it, you would not be able to extract its full value. In our world today, data is the new oil and natural resource.”

The key, Tong believes, is in being able to leverage this growing resource to explore new possibilities.

Recently, he caught up with the student who co-founded the course at Concordia. The student, upon arrival at UC Berkeley, found that the university didn’t offer a big data course.

He told Tong that he decided to create a data science course and even proceeded to major in the field. In this way, Concordia has made contribution to our world’s transition toward data-driven discovery and decision-making.