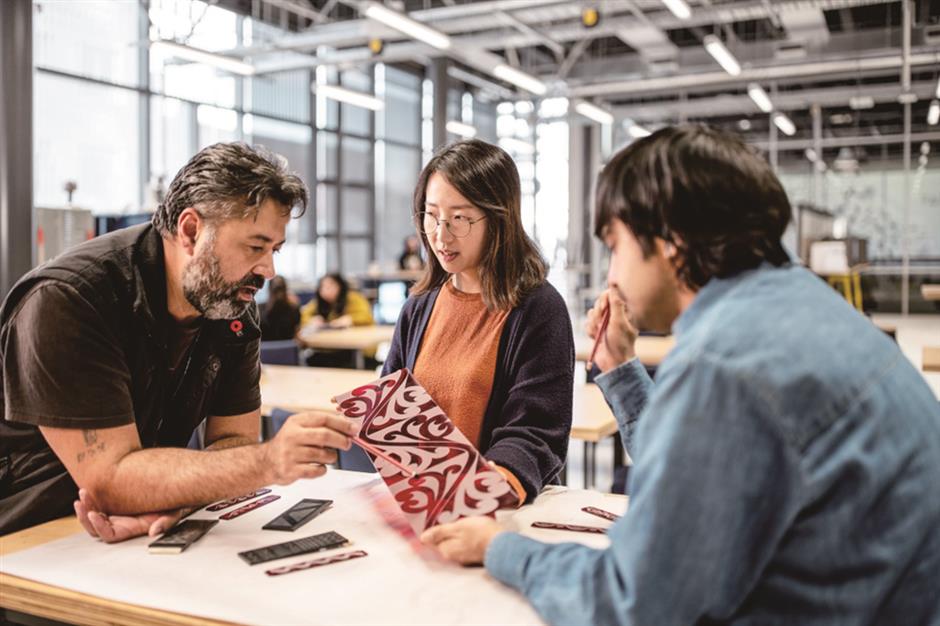 Students in New Zealand develop skills to become critical thinkers, problem solvers and lifelong learners through project-based learning, where they work in groups on an assignment of their own design.

In the past, studying in New Zealand was rarely a first choice for Chinese students, but since the COVID-19 pandemic things have changed.

New Zealand takes pride in its focus on fostering creativity and innovation throughout their educational systems, from preschool to college.

Imagine having a science class on the beach, collecting shells and learning the structures of marine creatures, instead of sitting in a class and taking notes from a Powerpoint slide.

This was just one of the many classes during Miranda Herbert’s primary school days.

Being a New Zealander, or Kiwi, she had the opportunity to learn through hands-on experience observing snails and leaves, or through a field trip to see a volcano.

“It was really cool. We take advantage of our natural environment and the resources that we have, so students can learn practically,” she said.

Herbert was an English teacher in China for four years but now works in China as the education counselor of New Zealand Embassy, and the director of Education New Zealand in China, an organization dedicated to the bilateral educational communication between the two countries.

“Teachers give you homework, but a lot more softer skills to incorporate classroom activity with extracurricular activities, whether it be through sports or clubs,” she said.

Herbert wanted to be an accountant or a reporter in high school, but changed her mind to be an educator instead, using skills which are transferable in different industries and careers.

“Being educated in New Zealand taught me to be a communicator to understand different values and different cultures to be analytical,” she said.

New Zealand’s education system is ranked first among English-speaking countries and third in the world for delivering a future-focused education by the Worldwide Educating for the Future Index 2019, with all of its universities ranked in the top three percent in the world.

Its inquiry-based model of teaching develops students to be critical thinkers, problem solvers and lifelong learners, including project-based learning, where students work in groups on an assignment of their own design.

These projects take students outside the classroom, from art galleries and museums to forests and beaches, where they can see how their studies have real-world implications and learn to work as a team.

“Compared with other English-speaking countries, New Zealand has a relatively stable and safe body ground. The outdoor activities and charming landscapes are also what allured me here,” said Ringo Li, a Chinese student who finished his Master’s degree in New Zealand.

“My study here has taught me how to think critically and be diversified.” 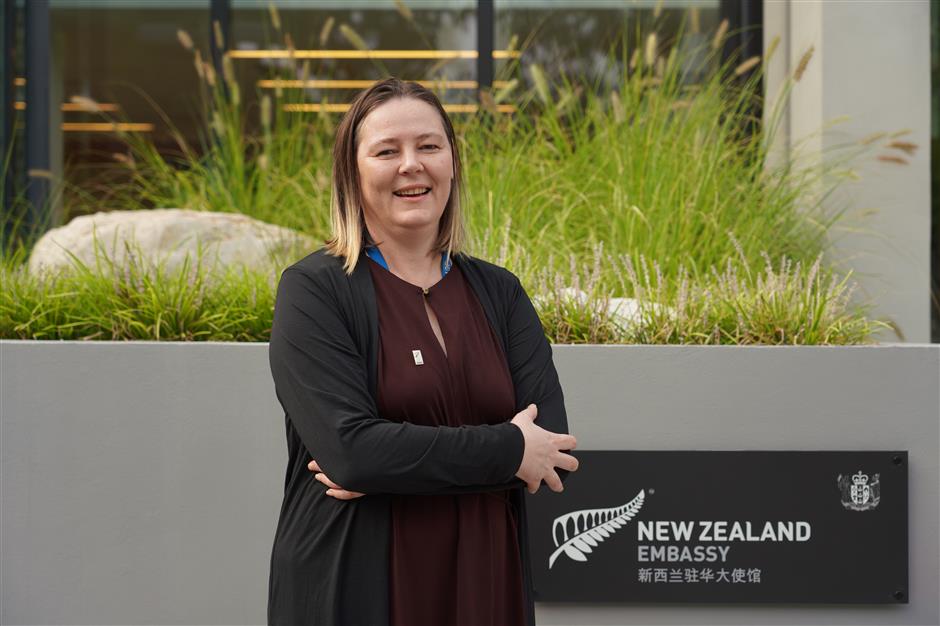 The country’s International Education Strategy 2018-2030 set out a pathway for the future of New Zealand’s international education sector, focusing on a diversified and sustainable education system to develop global citizens.

It seeks to deliver a future-focused education that equips students to navigate the impact of globalization and disruptive trends, which are reshaping the future of work.

“We want to encourage students at university to be open and friendly, and to understand different cultures.”

Boreham said he enjoyed the freedom provided at the foundamental level by the education in his home country.

“In New Zealand, no teachers will push you to hand in essays — it’s all on you,” he said, adding that it also gives room to get slack.

“I also appreciate the strict approach — we all need a kick up the butt sometimes.”

Herbert says that educational reform in China at the moment aligns with New Zealand in some aspects such as cooperative double-major programs, childhood teaching and vocational education.

Most New Zealand universities accept gaokao, or the Chinese college entrance examination, for a students’ application.

“For me, I see education as the heart of the relationship between the two countries. It is about fostering connections for the future with innovative approaches,” Herbert said.

Apart from reaching out to high schools across the nation, ENZ has been working closely with their Chinese government counterparts, including a tripartite fund, supporting top universities from the two countries each year for research and communication.

It also set up two training centers in Qingdao, Shangdong Province and Xi’an, Shaanxi Province for the upskilling of vocational teachers.

Though the pandemic has put a temporary halt to physical mobility, Herbert says it has actually encouraged more communication between the two countries.

“New Zealand has been handling COVID-19 properly, under control, and we have seen more students thinking about New Zealand for study because of that,” she said.

Last month, the New Zealand government announced a new entry, which allows 250 international students studying in doctoral and postgraduate courses to go back to the country for further studies during the pandemic.

Favorable policies for international students include the same PhD tuition fee as local students and free public school education for their children.

A hardship fund worth US$37.6 million was launched for international students impacted by COVID-19 Program in need of temporary support.

A WeChat mini program “NauMaiNZ” was also launched by ENZ for Chinese students to access the information they need.

Manaakitanga, the offering of hospitality and respect to guests in Maori, is at the heart of how international students are welcomed and valued in New Zealand, Herbert says.

Herbert also shares her message to international students, “take advantage of your overseas study. Try to understand the culture, learn the language.”