Peng, a surname good for every man 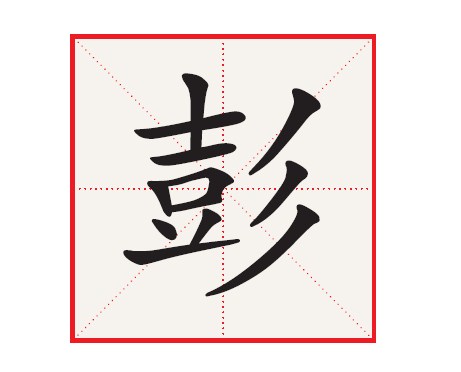 THERE are an estimated 6.4 million people surnamed Peng in China, ranking the 35th in terms of population. Pengs account for about 0.51 percent of the population.

Peng Yulin (1816-1890) is one of the well-known celebrities of the family. He was credited “The Four Great Officials in late Qing Dynasty (1644-1911)” together with Zeng Guofan, Zuo Zongtang and Hu Linyi. Peng was a scholar yet gave up the pen for the sword in his 30s and fought against the Taiping Heavenly Kingdom, which laid the foundation for his later success in military.

The honest and upright official resigned from his position six times, yet put on his armor again in his 70s, to fight as the top general in the Sino-French War. He took a coffin with him to show his determination. Under his leadership, Feng Zicai was victorious which was rare for China in late Qing Dynasty.

Yet, the Qing government still chose to pay war reparations regardless of the victory on China’s side. At great worries and anger, Peng became ill and passed away soon after. It surprised people that Peng had so limited property as the Minister of War. The most eye-catching property in his house were countless scrolls. They were all paintings of plum blossoms by Peng himself, as commemoration of his lover Mei Gu who he failed to marry.