Shanghai through a lens 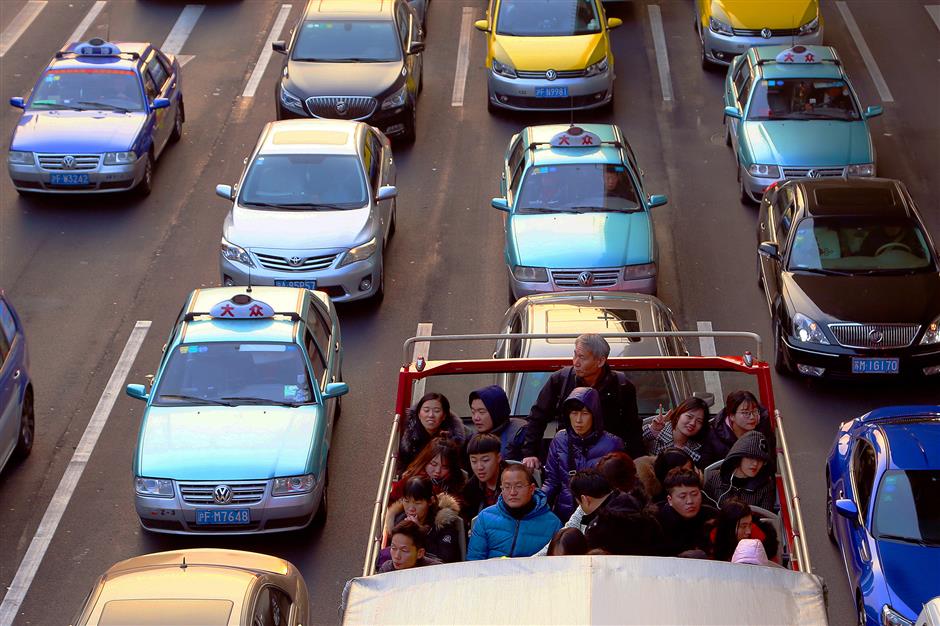 “You See the View on the Bus,” one of the two golden prize winners 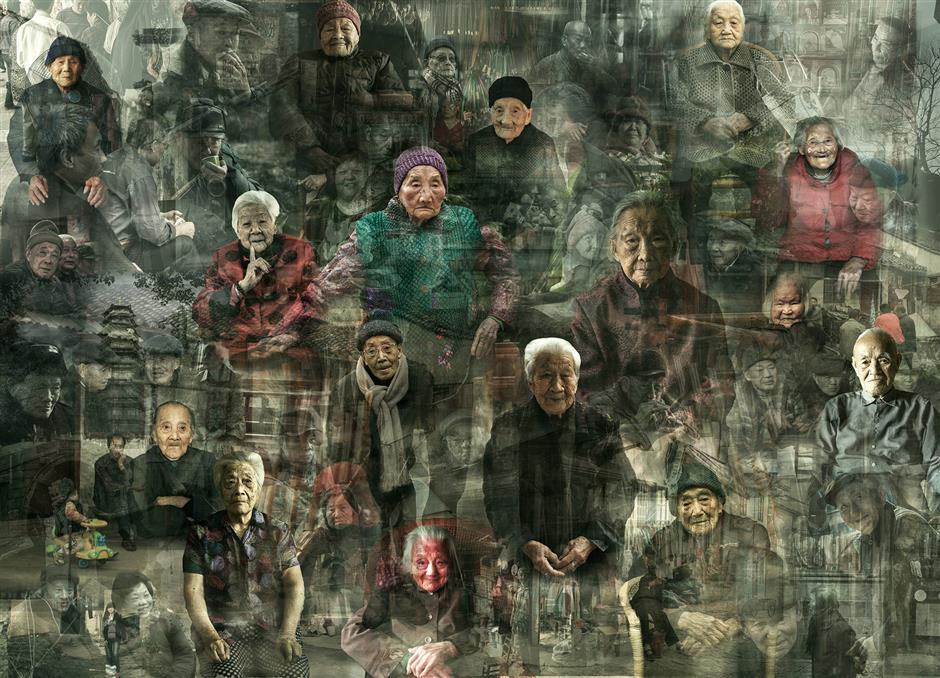 “A Hundred Years of Emotion,” the other top prize winner, captures residents over 100 years of age in Jiading District.

Life is filled with moments, some are fleeting and some are unforgettable.

The 2017 Shanghai Photographic Art Exhibition aims to showcase these moments captured by a wide range of people.

Organized by the Shanghai Photographers Association, the significant biennial exhibition features 17 award-winning pictures and a total of 146 selected works.

Themed “The Heart of the City,” the exhibition reflects the nostalgia and emotions of local people under the development of a rapidly changing Shanghai.

The eight judges include renowned photographers, art critics and professors of photography. One of them is Lu Yuanming, who is noted for his black-and-white photos capturing the bygone life along the Suzhou Creek.

Some call Shanghai the cradle of Chinese photography. During the past century, local photographers became famous for displaying through their lenses the unique environment and the cultural heritage of Shanghai.

“The spirit of the city itself is open, tolerant and innovative,” says Lin Lu, one of the jury members.

Today, using a smartphone to capture pictures is part of the daily routine for many people, and the subject matters that might interest them can be as minor as a delicious xiaolongbao (steamed dumpling) or just a pen.

“It's true that life today is divided into fragments through these pictures,” says Wang Yuhong, a well-known local artist who combines photography and painting techniques in his works. “But I think there is still big difference between a serious, well-thought work and a random snapshot.

“After all, a photo captured through a profound thought and a professional angle is a piece of art,” Wang adds. 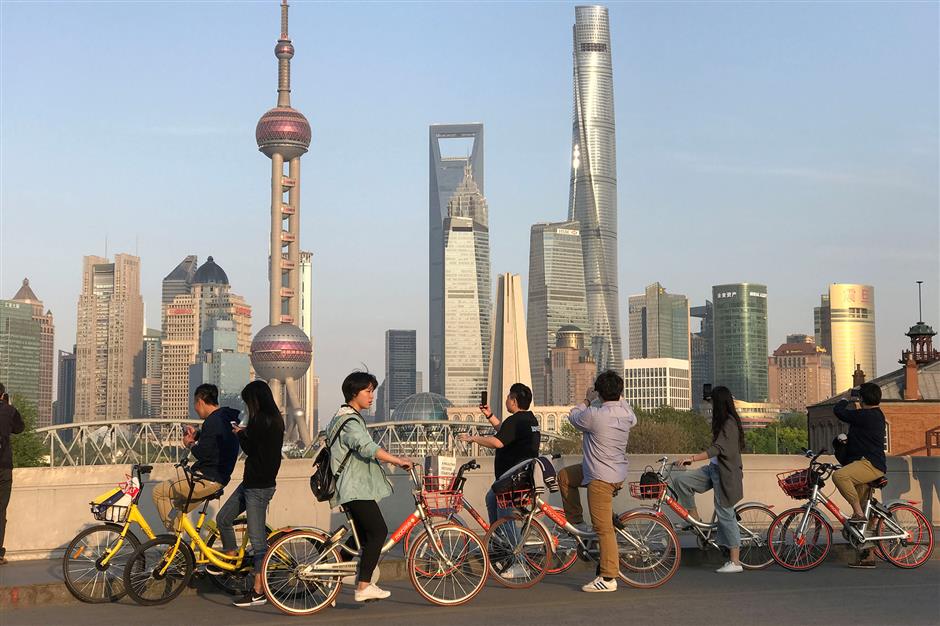 Yong He, vice chairman of Shanghai Photographers Association and one of the judges, says he feels glad that “everyone seems to love photography now."

“Some are gradually starting to focus on people and happenings around them," he says. "Today we are living in a great era where all of our emotions ─ joy, anger, bitterness, sorrow ─ can be expressed through our lenses.”

Besides the exhibition, there will be lecture given by Yong, an interactive activity with the award-winning photographers and a short video from the judges explaining why they decided on these winners, according to Gu Chenlin, one of the organizers.

The spotlight undoubtedly goes to the two top prize-winning photos.

In “A Hundred Years of Emotion,” photographer Wang Yijin captures residents over 100 years of age living in Jiading District. One of them is so far Shanghai’s oldest citizen.

The faces in the photos reflect the ups and downs of a turbulent century, but also show a soothing harmony.

The other photo taken by Xu Kunde, titled “You See the View on the Bus,” features tourists on a bus under the backdrop of a flow of traffic. Although some are fatigue, they are still active and passionate to explore the city with their own eyes. The photographer plays on “see and be seen.” 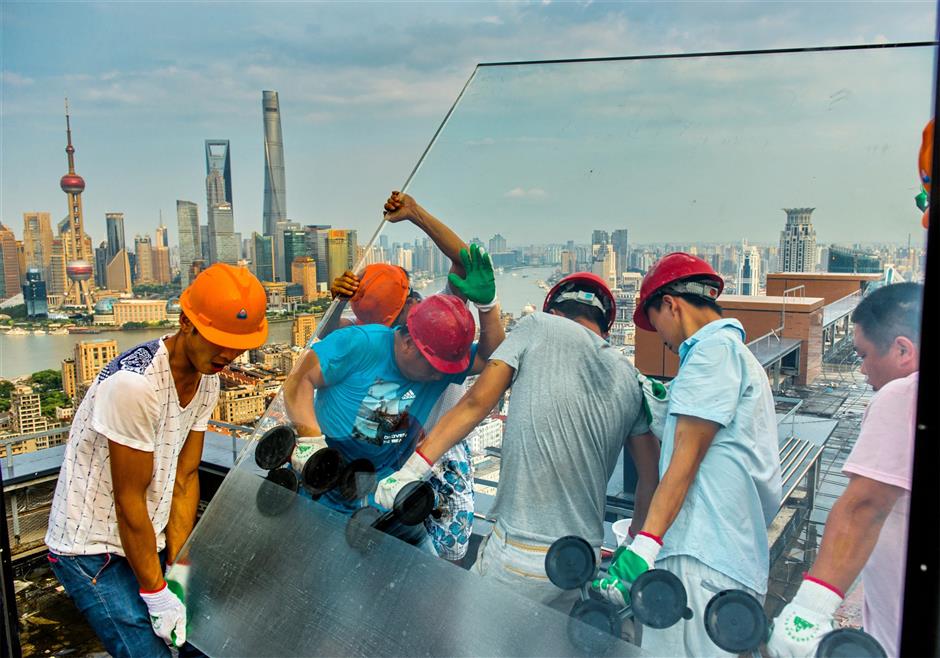 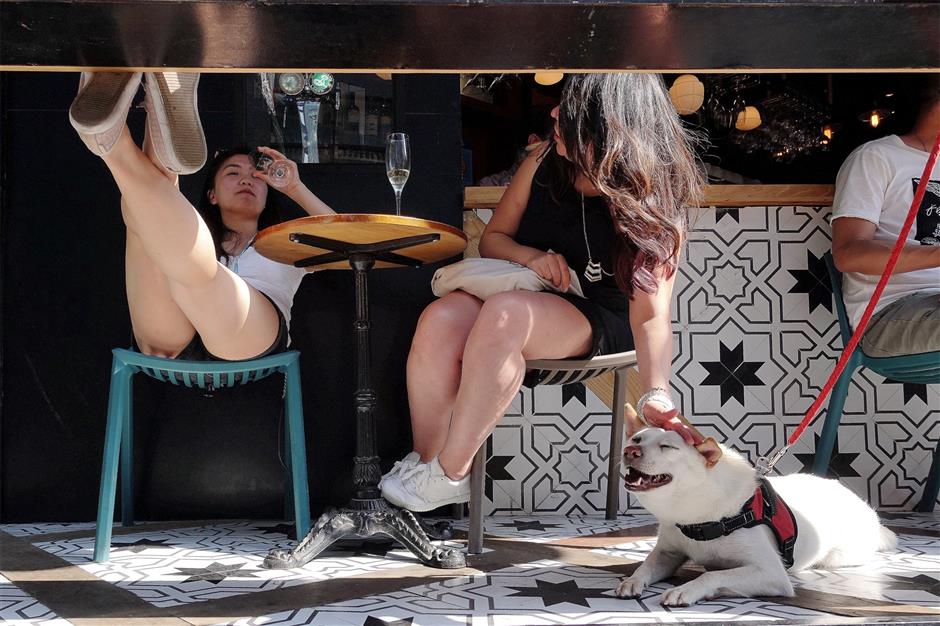 “A City of Fashion and Leisure," a second prize winner, by Li Jianguo