Turning the everyday into art 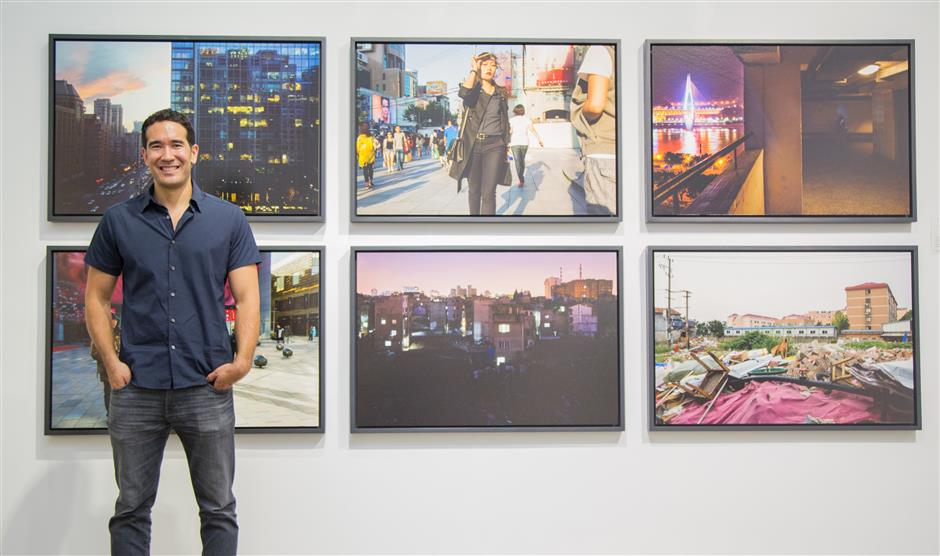 At first sight, Daniel Lee Postaer appears more like a movie star than a photographer. Clad in a light blue linen shirt, Postaer is a muscular figure with good looks.

The man seemed a bit uncomfortable when surrounded with guests and visitors on the opening day of his exhibition in Shanghai last weekend. But when it came to his art, he immediately became passionate and lively.

Daunting works, from distance, might perplex viewers as to whether they are real photos or oil paintings due to their tableau, texture and colors.

Born in Chicago in 1978 and raised in Los Angeles, Postaer inherited his deep fascination for China through his Shanghainese mother. Perhaps that’s why his Shanghai exhibition is titled “Motherland.”

A graduate of the San Francisco Art Institute, Postaer is keen to capture and narrate the truth and beauty hidden within everyday moments.

“The pictures I make as an observer, a modern-day flaneur with a camera, only begin to make sense of all this change,” he says, seriously, “I do believe if you look consistently and enough, daily life can become theatrical.”

His large-format photographic works, unstaged yet controlled, come with a touch of humor.

“The people moving through the backdrop often remain unknown to me, some kind of fiction, and I do prefer it that way,” he says. “Because I will always wonder who they are, what they are doing, what they are thinking or feeling amidst the larger frame of our shared urban experience.”

Besides this solo exhibition, Postaer’s 12 additional representative works from his “Boomtown” series (photographs taken in San Francisco, another fast-changing metropolis) will also be shown at Photofairs Shanghai through a curated exhibition “Insights” at the Shanghai Exhibition Center on September 8.

Q: Why have you been so fascinated by photography and chose it as your major at the university?

A: Photography, for myself, and many others, has been a way to both slow things down and organize our chaotic world. There’s a theatricality to the un-staged, everyday existence if you look for it.

The urban moment is fiercely short-lived. Photographs intrinsically pause time like no other medium. A photographic print of a fleeting moment has the potential to live on beyond my own, our own, existence. I feel both power and relief in that.

Q: Do you still remember the most impressive photo that you took?

A: The first memorable picture I made was in New York. I was running late to the office and took a taxi cross-town to work. On the car radio was Howard Stern and he said the World Trade Center got hit by an airplane. I thought he was joking. When I got to the office, a few of my colleagues were around the TV watching the news in shock. I grabbed one of the first generation Sony digital cameras and ran up to the Chelsea office rooftop.

The second tower was standing alone. In a sense, making that picture behind a viewfinder gave me some comfort, or control, behind what was happening which was utterly uncontrollable. 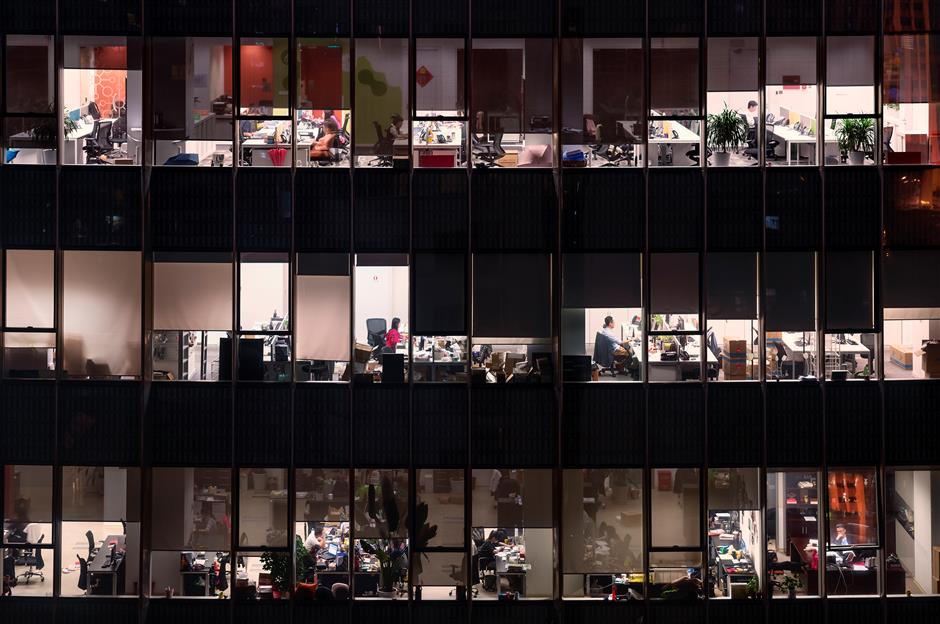 Q: One of your impressive photos features different scenes in an office building. Was it originally like that or you collaged them afterward?

A: All of my photographic prints are single exposures of the world. I have never collaged or combined pictures. Part of the joy of picture-making for me is the challenge of controlling one frame of the real world ─ through only one exposure.

Perhaps there’s an element of sport in that. That one micro-moment in time is never coming back, and I intend to stay true to that moment through my practice.

Q: At a certain distance, sometimes the visual effects of your photos appear like canvas, how do you achieve that? Do you do a lot of processing with a computer?

A: One of my beliefs is that a photograph is not a photograph until it exists in print. An integral side of my studio practise is obsessive printing. I’m constantly making test strips, on different papers, to maximize the photograph. My core editing goal is to mimic how the real world looked ─ from my eyes ─ into the life of a print.

Some techniques I use are quite similar to traditional burning/dodging dark room philosophies. I’m interested in the hyper-now ─ this time that we collectively live in. I hope to bring that high-definition, hyper-real effect to the surface through ink on paper.

Q: You have stayed in Shanghai for more than a decade. What does this city attract you?

A: My mother, Lillian Lee, was born in Shanghai and left when she was three years old to Hong Kong. She never returned. Because of that, I grew up with wonder of what her life, or my life, would have been if she stayed.

Shanghai is half of my blood.  My curiosity continues to try to understand this land my grandparents fled and I hope that is manifested through my pictures.

Q: Can you use three words to describe Shanghai?

A: Seductive, restless and sublime. 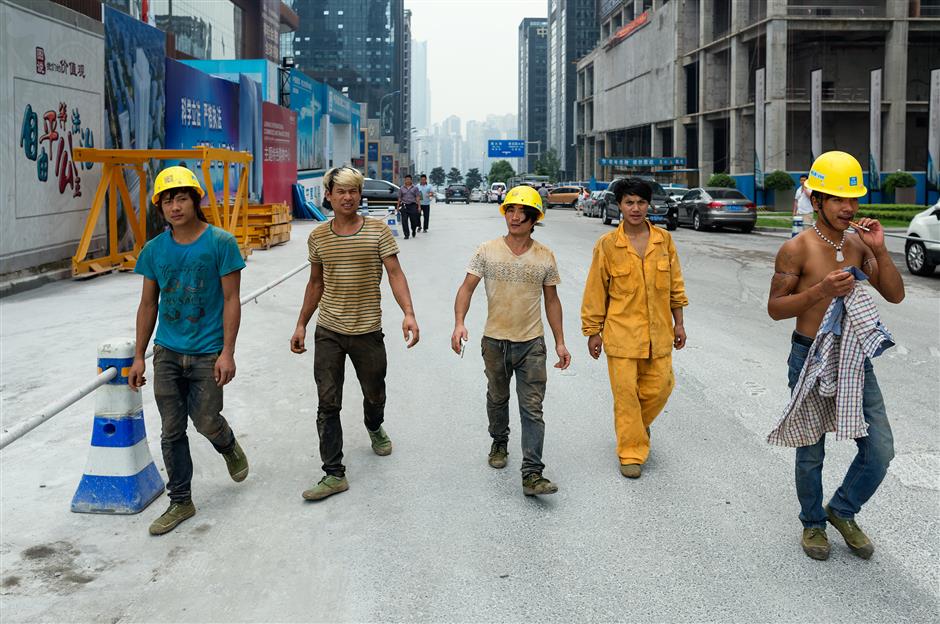 Q: As the heir of a big group, you could have easily stepped into the business empire, but you chose a more difficult way to establish your career in art. Did your parents support your choice at the beginning?

A: I was never an "heir" (to my father’s advertising business) because my father didn’t believe in nepotism. He wanted me to find my own way. So my older brothers and I never worked for him.

After I left my China-based marketing and entertainment firm, I took some time to figure out what was next ─ and ultimately decided to go to art school to pursue a master of fine arts.

My parents have been steadfastly and emotionally supportive through the oft insecure career of art. I’m incredibly fortunate and indebted to them for that.

Q: Who is your favorite photographer?

A: If I had to name a favorite, which is incredibly hard to do, it would be Joel Sternfeld. His body-of-work, American Prospects, remains a beacon for me in this medium.

Sternfeld’s photographs are poetic, often peculiar, technically immaculate, and abundant with a strange kind of beauty from the natural world. Through that, he lyrically records the larger moment in time (1980s America) ─ without didactically spoon-feeding us specific answers.

Q: As a professional photographer, what is your biggest challenge?

A: As a solo artist, I am largely alone in this pursuit. That presents both freedom ─ which I profoundly crave ─ and isolation. Managing those feelings of isolation along this picture-making path is the biggest challenge.

Q: What kind of message do you want to render to the viewers through your photos?

A: I’ve never gravitated to art with a didactic message. My work remains open to personal interpretation. 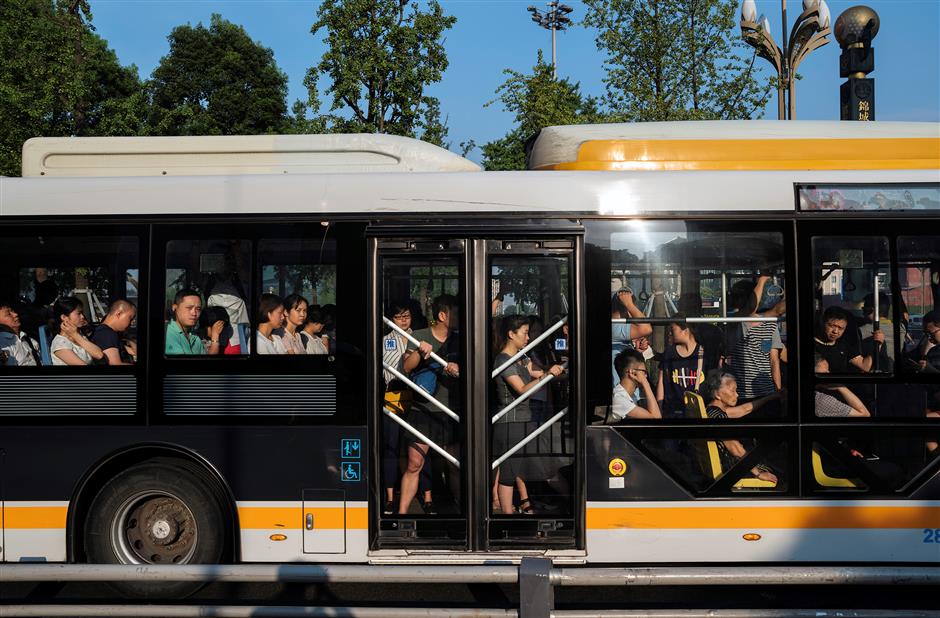