Cai Wenji earned fame as a talented poet and musician

Regardless of ancient times or nowadays, women have played an important role in every aspect of life. This column will introduce 24 influential women in the Chinese history, such as Wu Zetian, Cixi, Cai Wenji, Zhuo Wenjun, and Liu Ru, offering another perspective to learn about China. 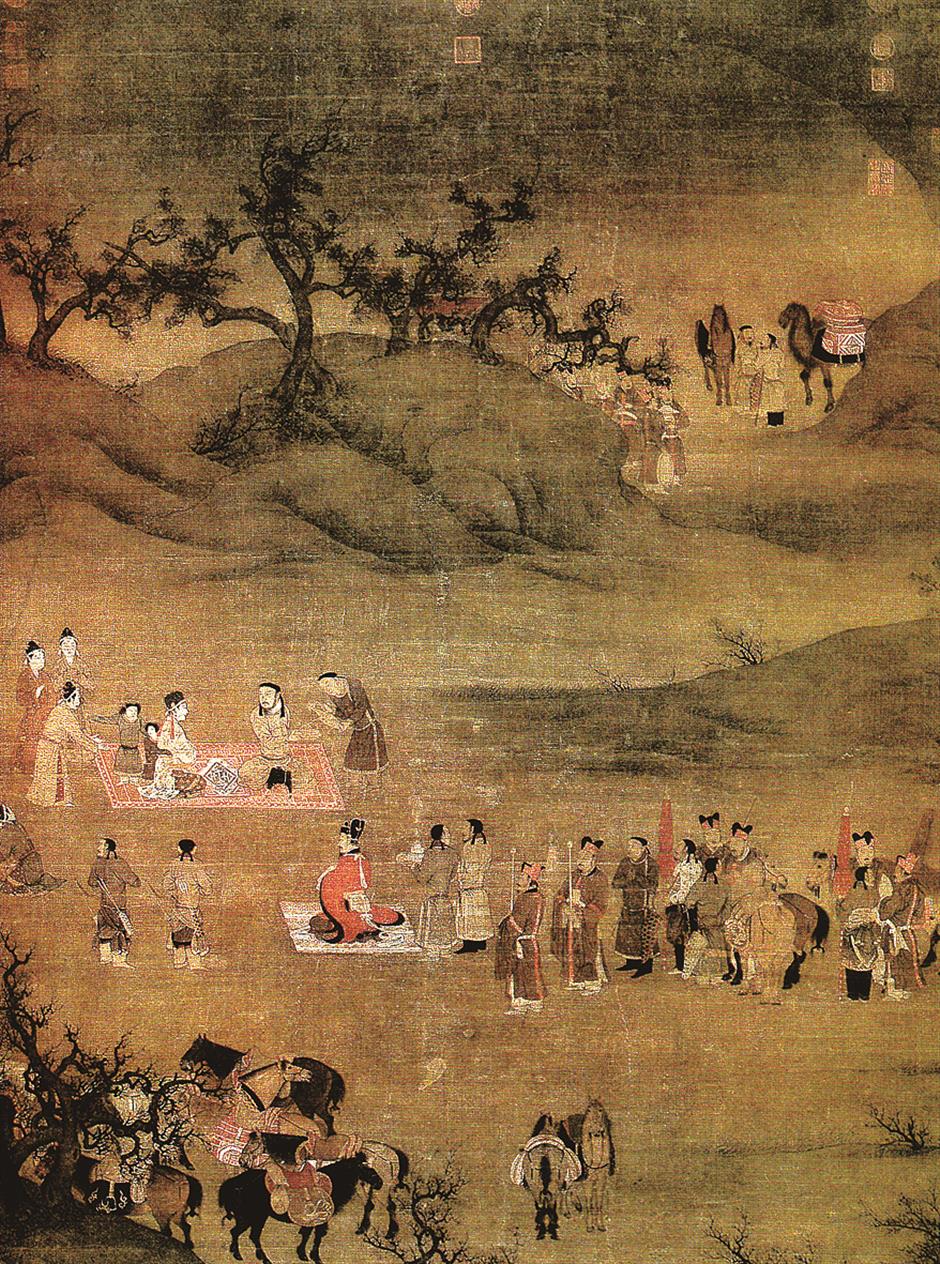 Cai Yan 蔡琰, courtesy name Wenji 文姬, was a poet and musician from the late Eastern Han Dynasty (AD 25-220). She was the daughter of Cai Yong, a renowned scholar best-known for his calligraphy, from Yu County, nowadays in Kaifeng, Henan Province.

Originally, her courtesy name was Zhaoji 昭姬 but she changed it to avoid a naming taboo — the Chinese character “昭” is the same as that of Sima Zhao, father of the Jin Dynasty’s (AD 265-420) founding emperor Sima Yan.

In 192, Cai married Wei Zhongdao though Wei died shortly afterwards and with no child, Cai returned to her own family.

When the Xiongnu nomads invaded into Han territory in 195, they captured Cai and took her as a prisoner.

Cai spent part of her life there until 207 when the warlord Cao Cao (AD 155-220) paid a heavy ransom in the name of her father for Cai’s release as she was the only surviving member of her clan.

Soon after Cai returned home she married Dong Si, a local government official. It was recorded in “The Hou Han Shu,” or “Book of the Later Han,” that Cai pleaded with Cao to acquit her husband for his crime when Cao was hosting a banquet. Cao was touched by Cai’s sincere plea and pardoned Dong.

Cai then wrote the famous “Poem of Sorrow and Anger,” which includes two poems — one was in five-character form and the other was in sao style, an ancient literary form.

The poem was regarded as the first of its kind, in the style of five characters for autobiography, in the history of Chinese poetry. Here is an excerpt.

Poem of Sorrow and Anger

My dwelling is often covered by frost and snow, The foreign winds bring again spring and summer;

They gently blow into my robes,

And chillingly shrill into my ear;

Emotions stirred, I think of my parents, Whilst I draw a long sigh of endless sorrows.

Whenever guests visit from afar,

I would often make joy of their tidings;

I lost no time in throwing eager questions, Only to find that the guests were not from my home town.

Cai was known for her talent and achievements in poetry and music. As her father’s excellence in calligraphy, Cai was also an established calligrapher of her times.

“Eighteen Song of a Noman Flute” is a famous guqin work by her, although the scholar debate of its attribution still remains. The work is in yuefu, a popular folk-song style of poetry becoming popular during the Han Dynasty (206 BC-AD 220).

According to “The Hou Han Shu,” Cai managed to recite and write down 400 out of 4,000 volumes of ancient books inherited from her father at the request of Cao. Her recitals were perfectly reconstructed despite the books being destroyed during the war.

Cai has been a subject in a variety of art forms thereafter, including traditional Chinese operas such as Peking opera, paintings and comics, for example, the painting titled “Cai Wenji Returns to Her Homeland by Hua Yan.

In modern times, Cai is a vivid role in many films and dramas and also appears as a character in popular video games such as Dynasty Warriors.

In 1976, a crater of Mercury was named after Cai, called Ts’ai Wen-Chi, by International Astronomical Union.

Yet, the date of Cai’s birth and decease remains unknown.