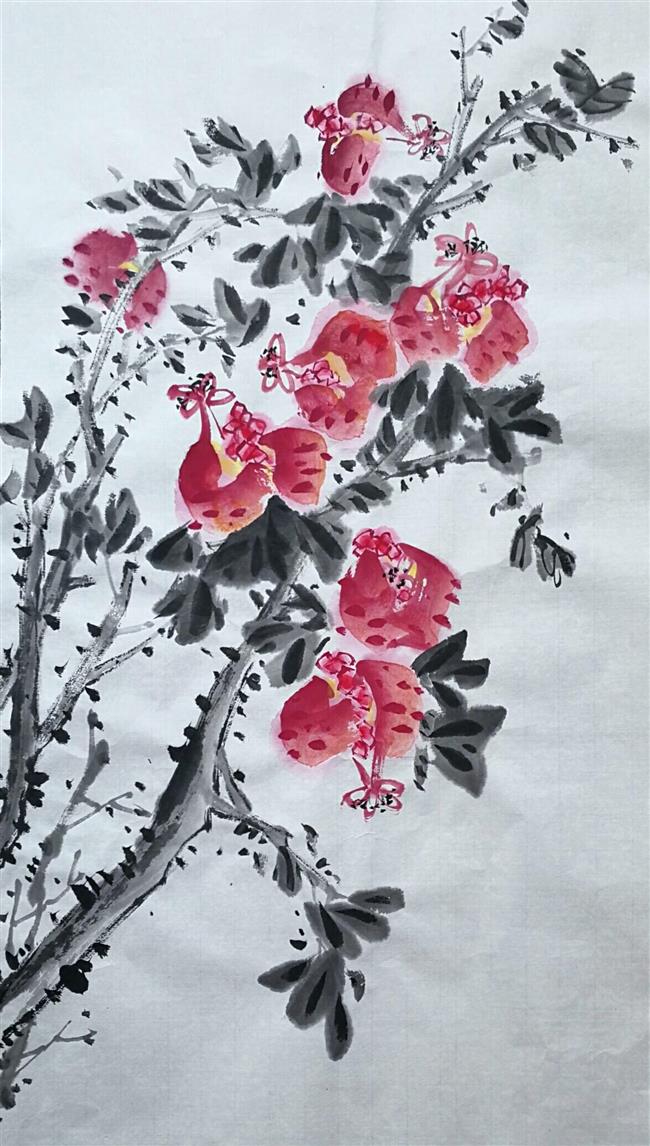 Equinox occurs twice in a year, usually in March and September. Day and night are evenly split on that day.

Vernal Equinox occurs in mid-March while Autumn Equinox, or qiufen, usually happens around September 22-24. The sun’s elliptical longitude reaches 180 degrees around this time, with cool weather covering most regions in China.

Signs of Autumn Equinox’s arrival in Chinese proverbs are defined as “three periods of waiting” — waiting for thunders to stop, waiting for insects to go back to earth and waiting for puddles to dry amid easing rainfall.

Most regions in China enjoy good cool weather with the arrival of Autumn Equinox. Some of the rivers and lakes even begin to dry up as rain water vanishes.

Pathogenic dryness becomes a major threat to people’s health during the season. Traditional Chinese medicine recommends drinking more water along with pear, honey, lily’s root, lotus seeds, lotus root and white fungus. It helps to protect the lungs and respiratory system that are especially vulnerable in the season.

With osmanthus and chrysanthemums flowers blossoming and hairy crabs entering its best days, it is also a busy time for farmers who will have multiple tasks to complete, including harvesting, ploughing and planting.

Temples for sun, earth, moon and heaven were built to support the annual ceremonies. The tradition was followed by the royal families down to ordinary people.

Yue Tan, or the Temple of Moon, in Beijing was built for the royal family in the Ming Dynasty (1368-1644). There are a number of other historic sites related to moon worshiping in different regions of China.

The Mid-Autumn Festival, during which the Chinese reunite with their families to enjoy mooncakes and appreciate the beautiful round moon, originated during the Autumn Equinox ceremonies. However, as a full moon is not always ready on qiufen, the festivity was later transferred to the 15th day of the 8th month on the lunar calendar.

Rituals for moon worshiping differ in different regions. A painting of the moon with a rabbit is a common sight in every household in Beijing. Offerings like cakes, fruits and nuts are placed in the courtyard as incense burns.

In Guangdong Province, a wood-carved statue of moon goddess is used for worshipping; bottled orchid, lit candles and incense are used for rituals in Hangzhou, Zhejiang Province. 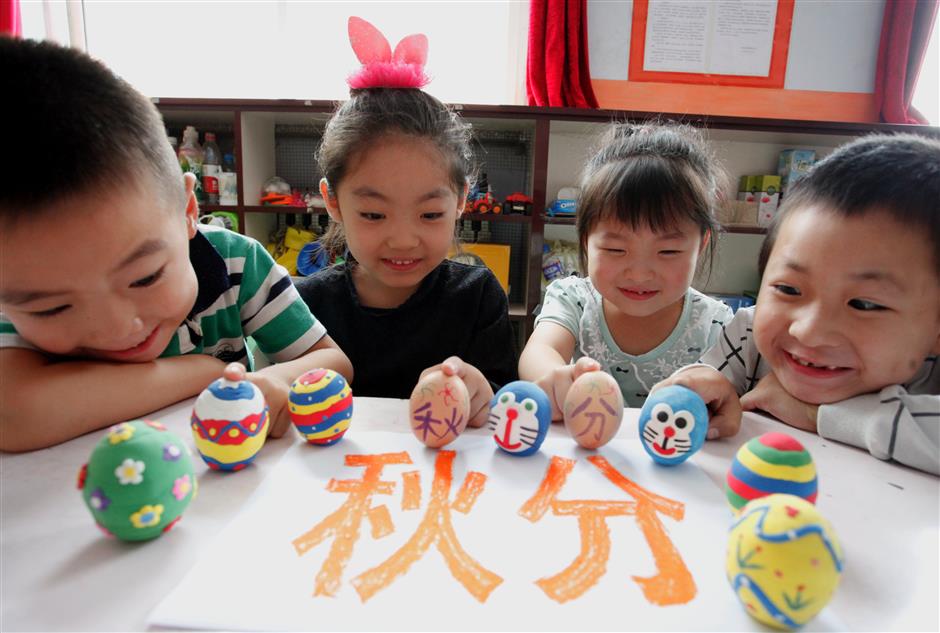 Autumn Equinox not only means even day and night, it is also a time for a game that is played twice a year — making the egg stand.

The game is simple. Pick a fresh chicken egg and make it stand on one end. This tradition can be traced back 4,000 years ago. While there’s no scientific reasoning for it, ancient Chinese were aware that the success rate of the egg standing was higher during the Equinox than any other days.

Modern science tends to explain it as a gravity-related balance due to the particular angle between earth’s axis and the orbit’s surface on Autumn Equinox. It is also better to choose a 4- or 5-day-old egg whose york is relatively small, which helps the egg stand. 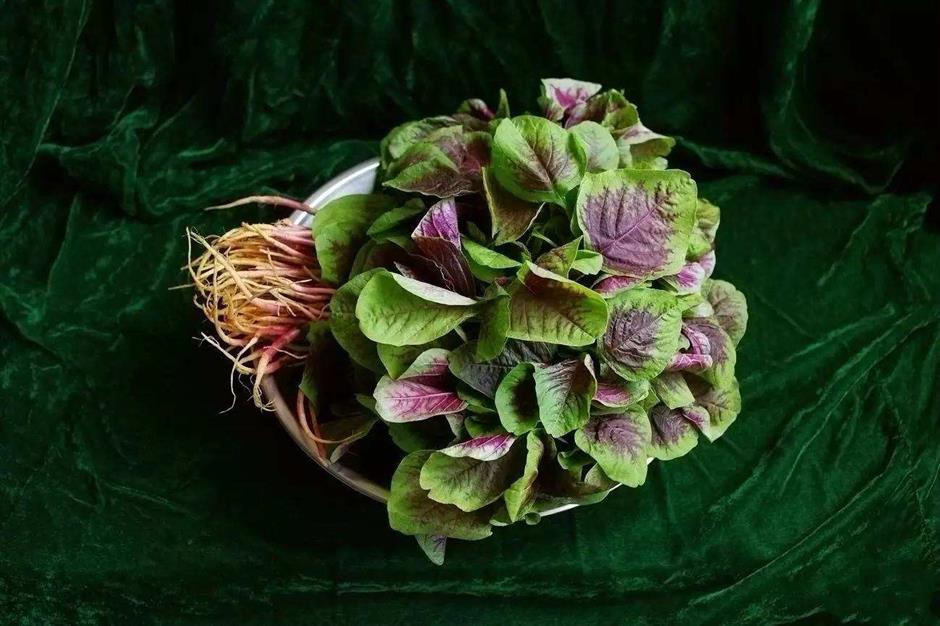 It is a health-benefiting herb in traditional Chinese medicine that helps detoxicate, promote urination, relieve pain and improve eyesight. Modern medicine finds it rich in carotene and vitamin C.

Traditionally, rural folks look for wild amaranth and make soup with fish slices on Autumn Equinox. It is called qiutang (autumn soup), which is believed to help clean liver and intestines. 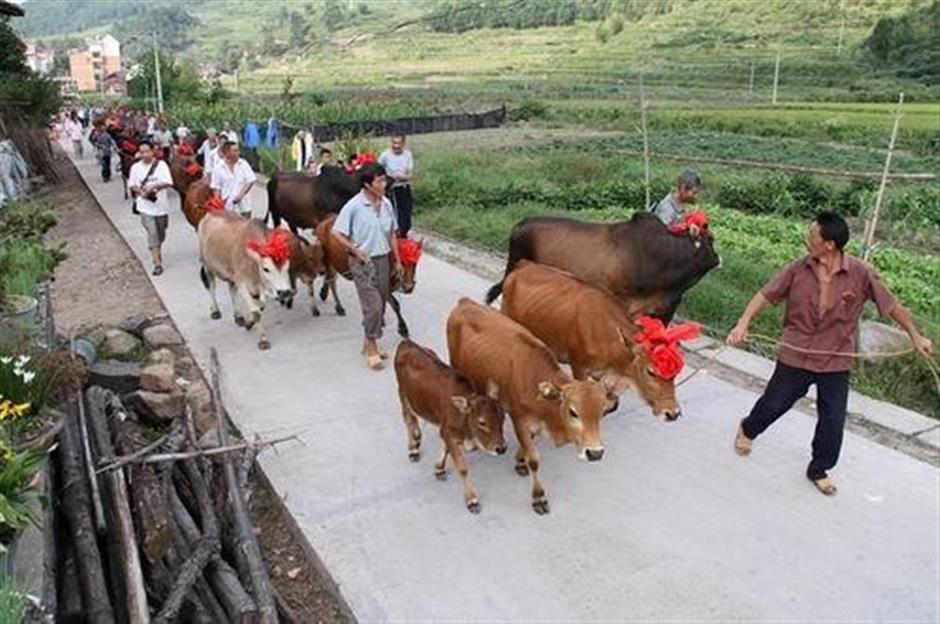 Pictures of cattle farming in the field are considered auspicious gifts by farmers. Men good at speaking and singing work as qiuguan (autumn official) for shuoqiu (speaking about autumn) and giving away paintings to every household in the village.

They are expected to speak auspicious words highlighting the farming season, while the families give away money that they believe brings luck and joy. 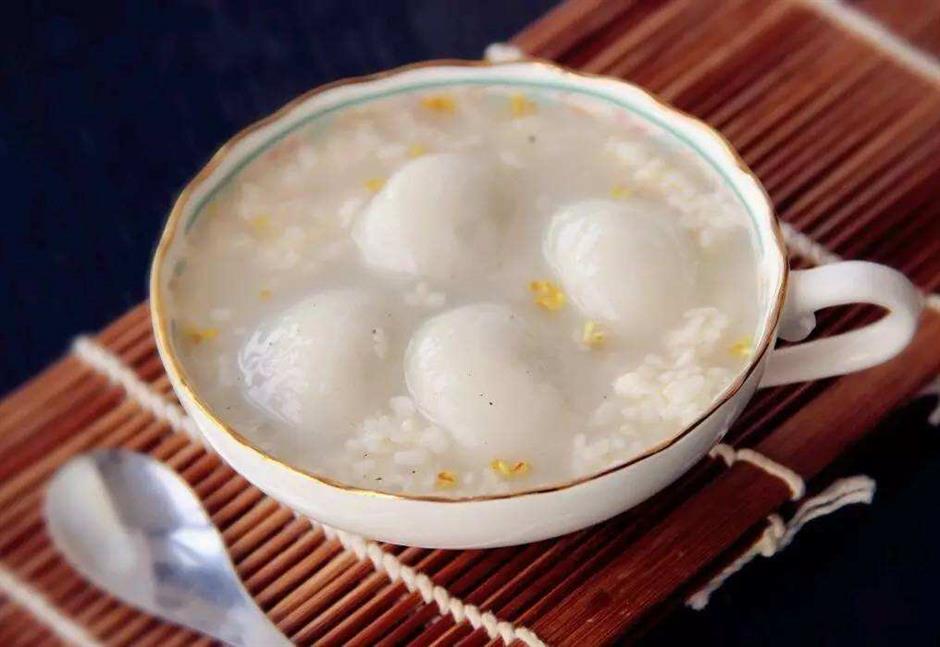 Apart from eating tangyuan (sweet rice dumplings), farmers also prepare dumplings for sparrows. They usually skewer 20-30 tangyuan with fine bamboo stick and put them at the edge of the field.

The peaks of the sparrows are glued and are they are thus unable to eat the crops.