Creating dialogues through poetry to build a better world 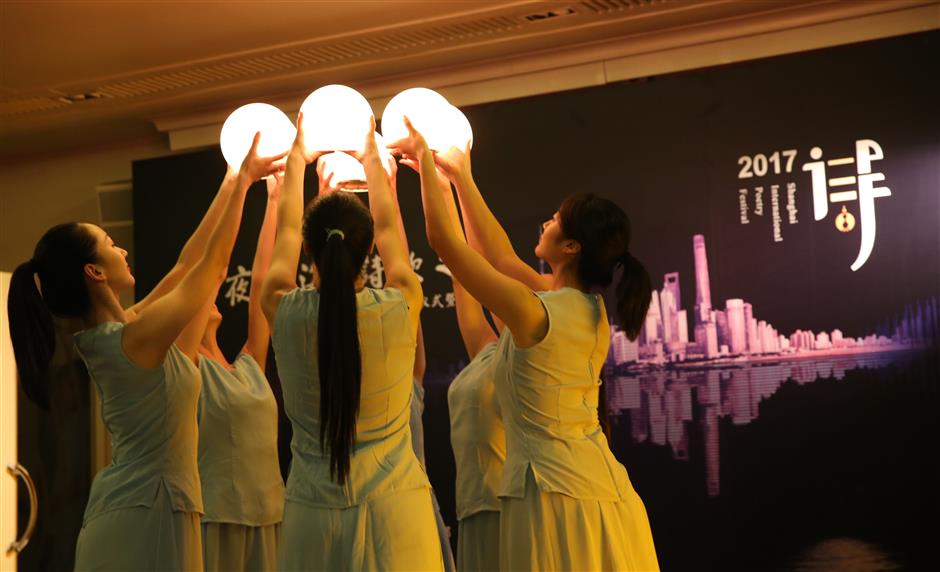 Performers gather to form a magnolia flower, the city flower of Shanghai.

The curtain was finally down this week on the 2nd International Poetry Festival, entitled “Sleepless Shanghai,” and it was hailed a success by all those who attended the event.

A cruise liner, which sailed down the Huangpu River, hosted a poetry gala on Tuesday evening. Against a backdrop of changing scenes on both sides of the riverbank, the stage moved from the first floor of the boat to the second floor and then on to the open deck, where only the sky was the limit.

Celebrated poets from Syria, Britain, Japan, Slovenia, Canada, Ireland and China all gave a reading in their own languages during the two-hour cruise.

This year is the 100th anniversary of modern Chinese poetry, which is also known as “New Poetry” and experiments with several styles, including free verse and the use of vernacular Chinese, as opposed to the traditional Chinese poetry written in classical Chinese language.

One of the most influential writers of New Poetry was Hu Shi (1891-1962), whose eight “new poems” were first published in 1917 by the New Youth magazine in Shanghai. Hu, president of Peking University in 1946, was an influential leader of China's New Culture Movement in the early 20th century.

To carry on such a heritage of reform and creativity, this year’s Shanghai International Poetry Festival set up the “Golden Magnolia” poetry prize to reward literary excellence in poetic works. The aim was to build a bridge between different civilizations through the dialogues of poets and their works from all over the world. 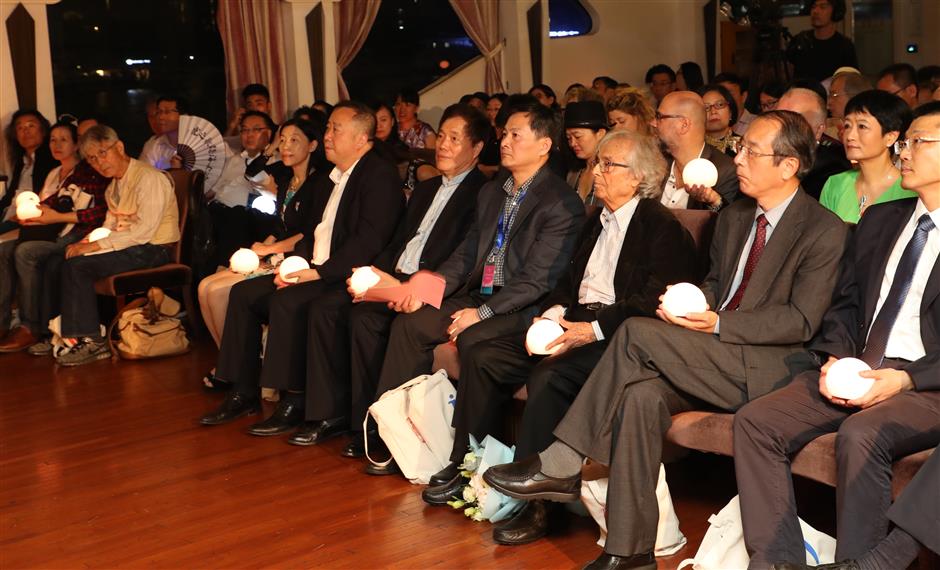 Celebrated poets from around the world listen attentively to the readings at the gala.

“Syrian poet Adonis has the free spirit of an artist and the patriotism of a faithful man, plus the sensitivity and charisma of an eloquent philosopher. His poetry is like a scalpel, with which he manages to cut open the thickness of history and make you see all of the confusions, depths and twists of humanity in society,” said Zhao Lihong, chief of the festival's literary panel.

Taking the Golden Magnolia in hand, the 87-year-old poet returned with his sincere thanks and said: “The award has further strengthened my connection with Chinese culture. It is a bridge, through which I get to know Chinese poets, writers, artists, as well as other professionals from all walks of life in Shanghai.

"It not only brings my works to the readers in China, but also opens a new chapter where I can gain new knowledge and create new poetry.”

At the end of the poetry night, vocal artist Guo Chuanzhong recited “The Sound of Shanghai” — a new poem composed by Adonis during his stay in the city.

“At dust by the side of Huangpu River,

It connects the dark bitumen with the colored clouds,

It connects the navel of the East with the lips of the West ..."

During the weeklong poetry festival, which ended on Wednesday, a series of forums, workshops, as well as an art exhibition of Adonis’s paintings, were held to attract the youth and meet the cultural needs of Shanghai.

“The city needs poets. Reading poetry can be fun ... Just hear what the sound is doing,” said Li Mingyi, chief of Xuhui Culture Bureau and secretary of this year’s festival organization. 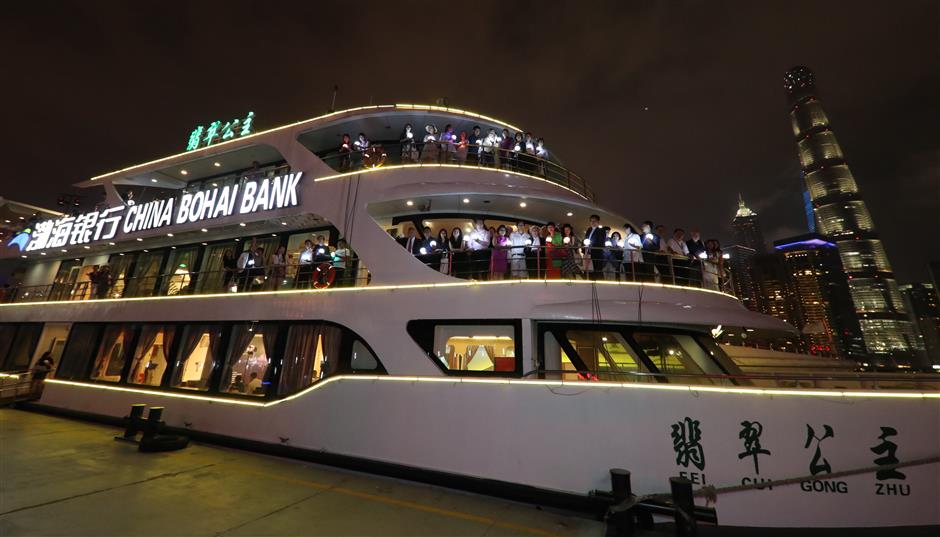