Bard of Arabia is an Adonis of literature

Born in Syria in 1930, Ali Ahmad Said Esbar, or better known for his pen name Adonis, is one of the most celebrated poets in the Arabic-speaking world. His poems have earned international acclaims, and his influence on Arabic literature has been likened to that of T. S. Eliot’s on English-language verse.

A long-time nominee for the Nobel Prize in Literature, Adonis has written and translated more than 50 books in his native Arabic. He played an important role in the evolution of free verse in Arabic. Experimental in form and prophetic in tone, Adonis’ poems have expressed his deepest concerns about the future of his native land and its people.

With the help of Xue Qingguo, a professor in Arabic language and literature with the Beijing Foreign Studies University, Shanghai Daily had an exclusive interview with Adonis while he’s in town for the international poetry festival.

Xue is the first to translate Adonis’ works into Chinese. His work “My Loneliness Is a Garden” is a collection of Adonis' poems over the past 20 years, allowing Chinese readers to admire the arc of “today’s most daring and provocative Arab poet.” 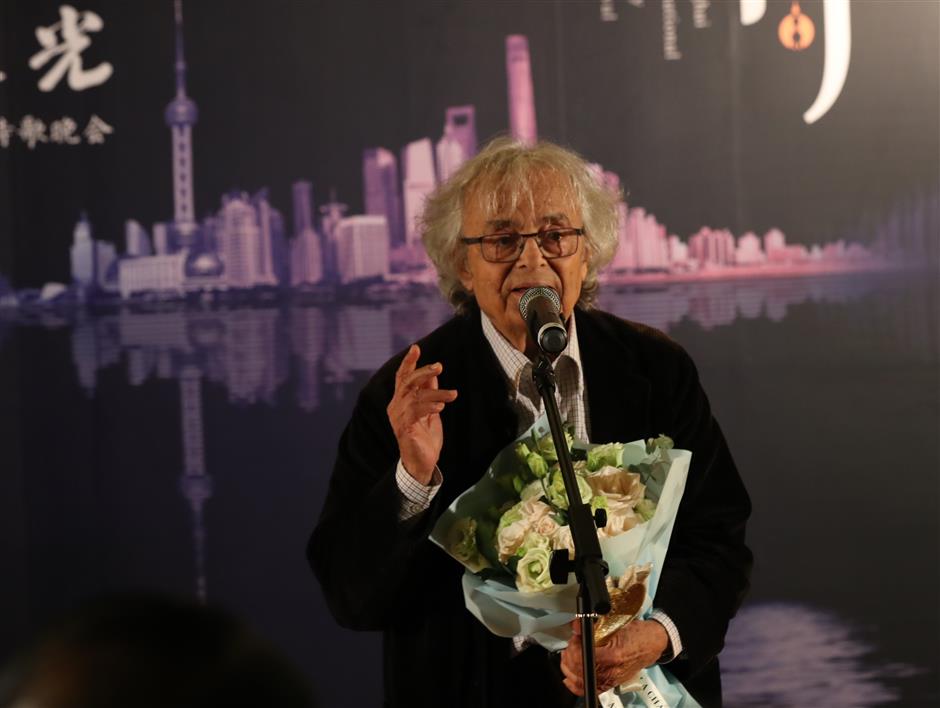 Q: What do you think is the essence of Arabic culture and Islamic philosophy?

For more than 1,400 years of Arabic history since the birth of Islam, it is true that traditional culture takes the mainstream in the Arabic world. Sometimes it goes to such extremes that nothing can be changed. But I don’t think that tradition is the essence of Arabic culture.

On the other hand, the spirit of reform and creation, which has long been suppressed in the Arabic culture in general, is what I think the essence of being an Arab. Such spirit is best represented in the works of some great Arab poets, artists, philosophers and Sufism.

The purpose of my writing — be it poem, essay or criticism, aims to help people rediscover the primal essence of a culture where traditions are examined, reshaped and refined.

Q: You have lived in Paris since 1975. Have you tried writing in French or any other languages?

A: No, I have always written in Arabic, either poems or essays. Though I am quite good at French and sometimes I give speeches in French, I do all my writings in Arabic.

For a poet, I feel I have to write in the sound in which I made my first cry when I was born. No other language can replace one’s native language in the expression of the subtle differences in meaning.

Q: What do you worry most about Syria, as well as the other Arab states?

A: There is an ongoing multi-sided armed conflict in Syria, and I don’t know when it will end. Though none of my immediate family members lives there, I am worried about Syrian people in general.

I am worried about the land, the civilization and the future of the country. The war must stop as soon as possible in whatever way. Peace should be restored and conflicts resolved.

Q: Is this your first time in Shanghai? What’s your impression of the city?

A: I have been to Shanghai many times. I first came in 1980. Back then the first impression of the city was like a poor town in the suburbs of New York. I came again in 2009. Great changes had been taking place everywhere at the time. This year when I arrived here for the third time, I saw a brand-new city, ready to make dialogue with the future. 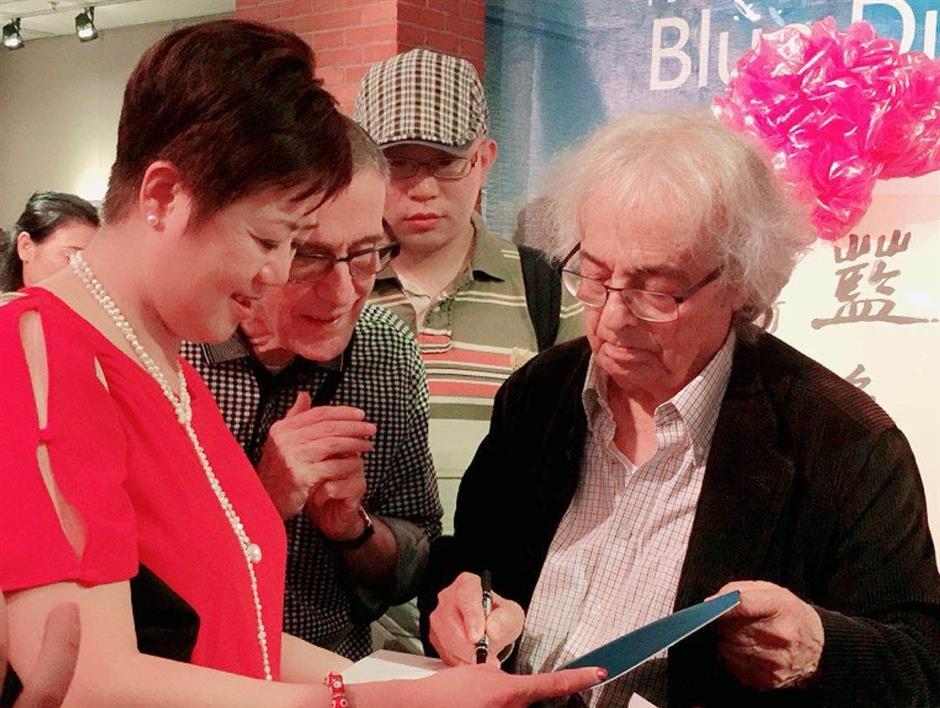 Adonis (right), 87, autographs a book for one of his fans at his art exhibition "Blue Dialogue" at the Xuhui Art Museum. The two-day exhibition in Shanghai showcases 60 of his artworks.