Mu Guiying: China's pioneering and female general of many talents

Hero, general, warrior — male images immediately come to mind. But Mu Guiying, a legendary Chinese heroine is an icon. Her name and image is the symbol of steadfastness.

This renowned lady, who is a distinguished figure in the Generals of the Yang Family legends, is from ancient China’s Northern Song Dynasty (1127-1279). As a well-known symbol she not only stands out in the field of culture but also feminism — she is courageous, resolute, loyal and insightful.

Mu practiced martial arts from a very young age as her father ruled Muke Village in today’s Shandong Province. One day she met Yang Zongbao, an imperial general who wanted to bring down the village. Yang lost to Mu in a duel and told her he would rather die than be captured.

His brave words won over Mu, who fell in love with him.

In order to save the love of her life, the intelligent Mu got into a fight with Yang Yanzhao, the father of Yang Zongbao, and managed to capture him. She apologized to him and got his approval for marriage. Unlike the conventional idea that men should propose to the women, Mu made a brave proposal and had a happy yet special marriage.

Rather than stay at home to look after children and do housework, which was taken for granted in ancient China, Mu came out and was involved in several battles that helped protect her family and the country from nomadic intrusion.

Mu made great contribution in the field of diplomacy. With her command of the imperial army, Mu eased the rivalry between Song and its neighboring Liao ethnics, calmed down the armed rebellion in the kingdom’s southern area with her husband and acknowledged the allegiance to the Western Xia regime.

Among the many battles that were fought under her leadership, the most well-known is the Heavenly-Gate Formation battle when Mu was only 19 years old. At such a young age, this lady fully exerted her talents and wisdom. The battle was such a blow to the Liao’s army that it never regained its former glory. Having gained complete victory and achieved great accomplishments, Mu is recognized as one of the greatest female generals in China’s history. 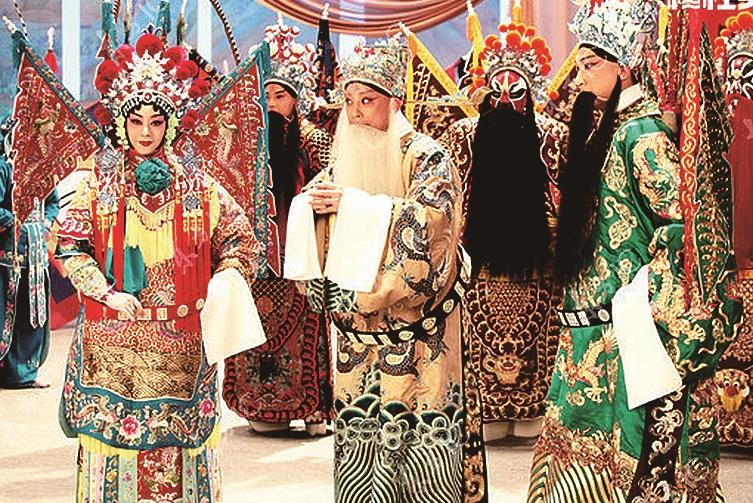 Crowned as the first heroine in ancient China whose stories have been retold many times, Mu has been eulogized in various plays, traditional operas, films and TV series like “Lady General Mu Takes Command” and “Young’s Female Warrior and Generals of the Yang Family.”

People praised, admired and worshiped her not only because of her bravery but also for her lofty vibe and tolerance. Right after her wedding, she took charge of the family and fought her way to take command.

Being a good warrior and coordinating with her husband in the field, she is firm and vigorous, tender yet firm. The gifts of this beautiful, smart and talented woman show that she was an excellent coordinator with an open mind and was vibrant and young in spirit.

The life of Mu Guiying is epic. She remained a commanding general in the Song Army well into her 80s. For marriage, she took control of her love life and chose the beloved one to marry, which was a rarity in ancient China where most people were forced to accept arranged marriages.

Another legend has it that she even gave birth to her son on the battlefield when she was leading the army for the battle. Thanks to images like Mu which fully express the strength, power yet tenderness of women, they ensure that feminism continues to thrive.