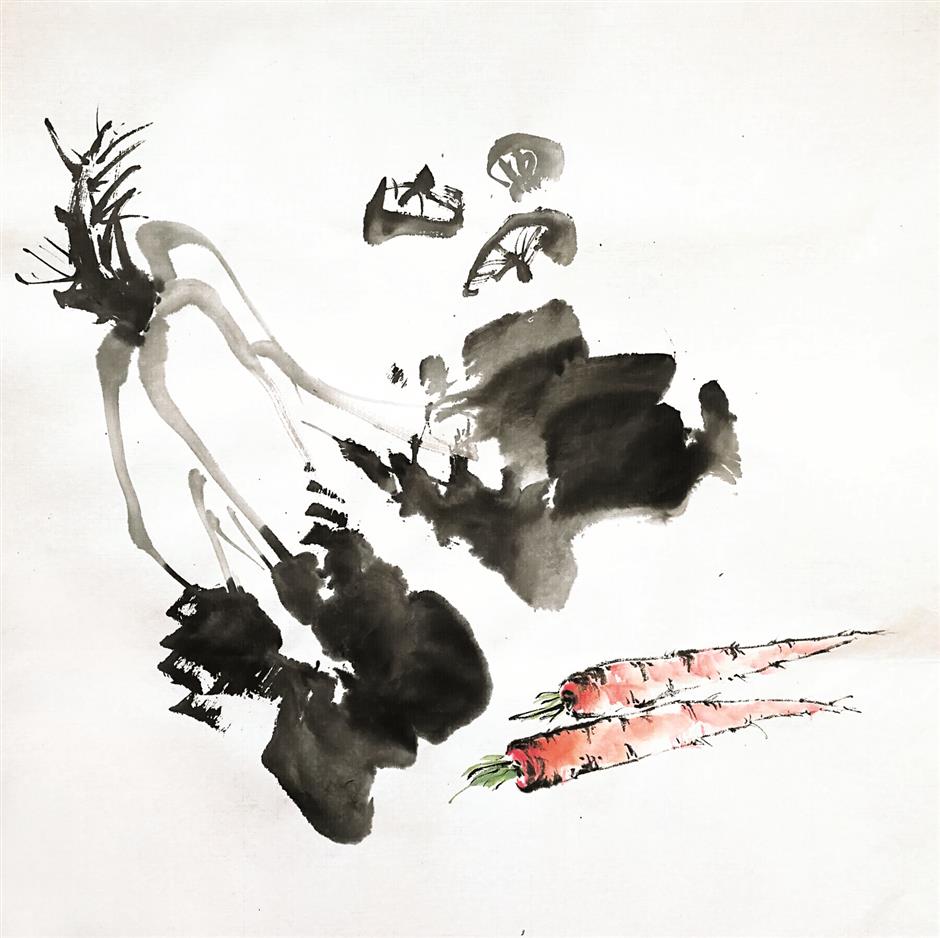 The arrival of xiaoxue, or Minor Snow, usually hits China on November 22-23 when the sun’s elliptical longitude reaches 240 degrees.

It falls tomorrow this year.

The temperatures gradually drop to below zero degree Celsius in north China. Snow replaces rain as the precipitation in the region. However, as it usually does not get freezing cold till then, the snow often arrives with rain, or in small sizes like rice, which easily melts.

The middle and lower reaches of Yangtze River, including Shanghai, also experiences a drop in rainfall and temperatures.

A Chinese proverb describes the days after Minor Snow as the “three periods of waiting” — waiting for the rainbow to vanish; waiting for the yang energy in the sky to ascend and yin energy on Earth to descend further, which leads to disjointed yin and yang, Heaven and Earth; and waiting for the disconnection of energies to create the real winter.

The digestive system usually becomes more active in winter, reflecting the body’s need for more nutrition to fight the cold weather. Food with fat is theoretically more helpful in this case, but doctors still warn against eating too much fat food with those especially suffering from high blood pressure and high blood fat.

Beef, chicken, mutton, shrimps have high protein and are highly recommended, while vegetables like soybeans, horsebeans and carrots are also useful. Nuts are always good snacks in this season.

Proper physical exercises also help to support blood supply to important organs like brain and heart. Besides, regular exercises may also help relieve psychological anxiety and depression that is common in the season. Mild aerobic exercises are best choices, and doctors warn against exercising on windy days, snow or fog.

Regardless of the fact that cold weather causes trees to wither and animals to hibernate, snow on xiaoxue is welcomed by Chinese farmers. There are various sayings like “With snow on Minor Snow, good harvest is sure to come” and “No snow on Minor Snow, long-term farmhands rest next year.”

It is believed that with snow around xiaoxue, rainfalls are usually well distributed the following year. Besides, snow can freeze insects and germs to death that lessens the damages to crops. And, covered by snow, the organism in the earth decomposes faster and improves the soil.

The arrival of Minor Snow is also a time when the Chinese start to prepare for the Lunar New Year feast in advance. 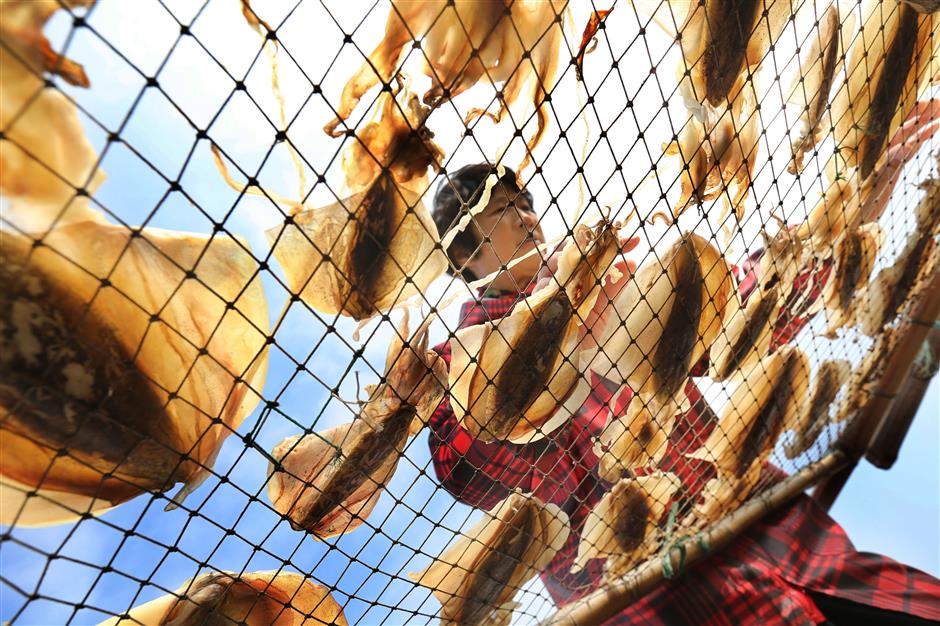 Snakehead, billfish and sandfish reach Taiwan Strait around Minor Snow. It is a tradition for the fishermen to dry fish as solid food as they venture out to the sea.

With temperatures dropping quickly and dry climate on the rise after Minor Snow, it is the best season to make cured meat.

It is a tradition in many regions to kill livestock from Minor Snow to Spring Begins, or lichun. Many households preserve the meat in a traditional way so that they can be enjoyed in the coming Spring Festival.

The meat is usually salted with seasonings like salt, pepper, cinnamon and clove in a big jar, and then smoked with burning cypress leaves and crane peels.

It is not unusual to see cured meat hung in the airy cold places such as doorway or balcony for drying. A well-done cured meat is transparent yellow and brown color and its aroma can be felt far and wide.

Ciba made of glutinous rice is served as offering to the gods in many southern regions of China. There was a tradition of eating ciba in the 10th month of Chinese lunar calendar, which often falls around Minor Snow.

As Minor Snow approaches, Tujia ethnic minority people kill pigs to prepare for the New Year. Each household that kills a pig readies a feast called paotang with pork as its main ingredient.

The paotang feast used to be the privilege of the wealthy to celebrate good harvest and exchange with friends and relatives. It later become a standard for hospitality among the Tujia community to treat guests. 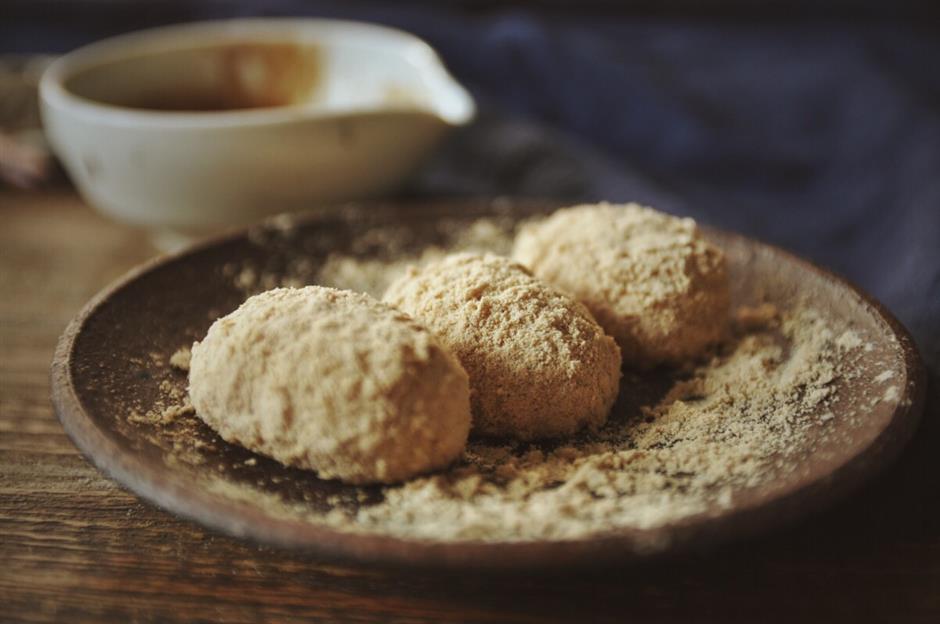 Ciba made of glutinous rice is served as offering to the gods. 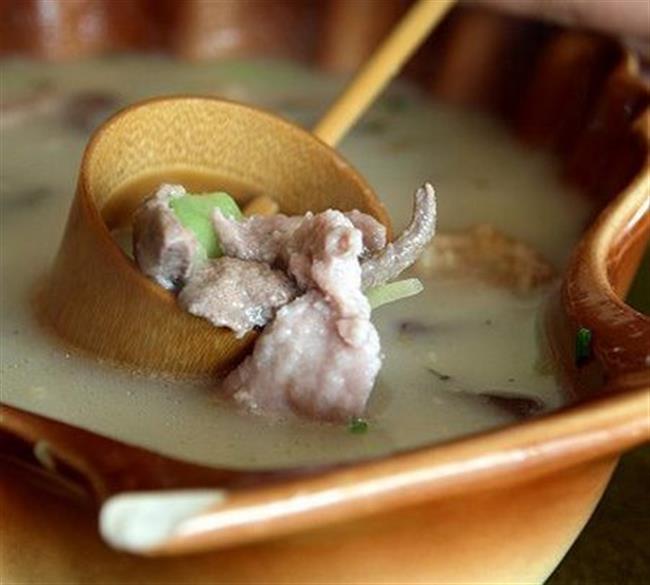 Paotang, a kind of pork soup