Yin energy is at its peak during daxue 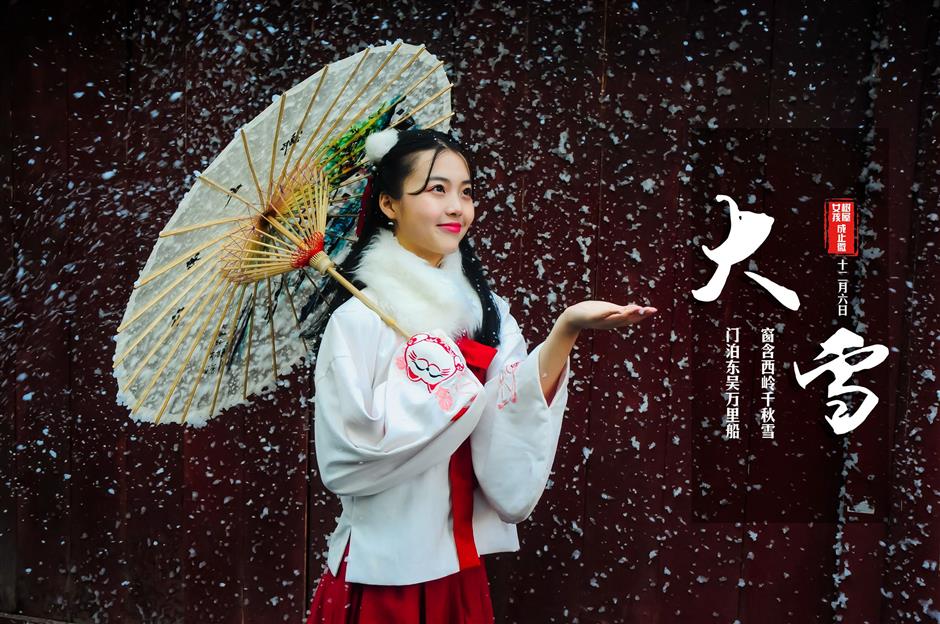 On daxue, snow will replace rain as major precipitation in many parts of China.

Snow is hailed as divine if it arrives at the right time.

Daxue, or Major Snow, usually occurs on December 7-8 when the sun’s elliptical longitude reaches 255 degrees. This year it arrives today.

By this time, most regions in China are already into the meteorological winter except for some areas in the south. Snow replaces rain as major precipitation, but weather still differs across the country.

The lowest temperature in the regions around or north of Yellow River is already below zero degrees Celsius with accumulated snow. Even winter wheat stops growing in the season.

Though it does not snow heavily in the regions south of the Yangtze River, it still has to deal with the cold wave and frozen waters. Wheat and some vegetables still grow in this part of the country.

Southern regions like Guangdong and Fujian provinces receive very little snow due to the relatively high temperature. But there is still fog in the morning that stays until noon.

A Chinese proverb points to the days after Major Snow as the “three periods of waiting” — waiting for flying squirrels to stop tweeting, waiting for the tiger to start courtship and waiting for the Chinese Iris to sprout.

The flying squirrel stops tweeting as it feels the peak yin energy, while a mating tiger and sprouting Chinese Iris signal the awakening of the yang energy. Snow is generally welcomed as a sign of coming good harvest. The snow can keep the temperature of the earth's surface warm and fertilizes the soil with rich nitride.

Children especially love the snow as it is time to make the snowman or indulge in snow fight. Skiing and skating are popular sports in north China. It is said that the royal palace of the Qing Dynasty (1644-1911) staged grand skiing performances.

However, besides fun, heavy snowfall can pose threat to transportation, electricity and communication. Regions in the middle and lower reaches of the Yangtz River have to deal with similar woes due to icy rain.

But the low temperature can negatively influence the weak and the elderly, especially those with chronic diseases like cardiovascular problems, digestive ulcer and tracheitis.

Winter is also a season for storage. According to traditional Chinese medicine, eating rich in the season can help people see through the cold weather without worries.

Different tonic foods are favored by people in different regions. Mutton and beefs as strong yang energy foods are extremely popular in north China where the weather is especially bitter; while relatively mild-reinforcing foods like duck and fish are preferred in the south.

Moistening foods like lily’s root, white fungus and rock sugar are often added in the tonics to help the body fight pathogenic dryness. Various oranges in the market are also good choices to help boost immunity.

There are some seasonal dishes that are especially popular this time of the year. Potherb mustard is called xuelihong in Chinese, which literally means red in snow. The leaves of potherb mustard in north China always turn red in late autumn and winter, but rarely in south.

It is a common ingredient for salted vegetables in China. It contains rich vitamin C, carotene and dietary fibers that are good for health. 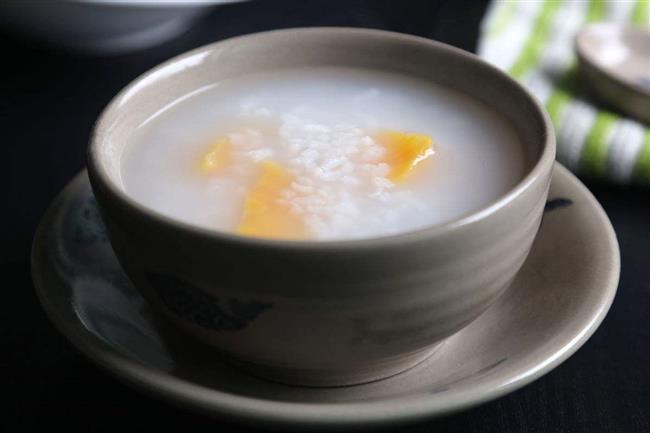 In Shandong Province, it is said that with the arrival of winter, people eat only sweet potato congee at home. Sweet potato is a neutral-energy food in TCM that reinforces energy, boosts digestive system and strengthens kidney’s yin energy.

Fried turnip balls are popular street snack in Nanjing, capital of Jiangsu Province. Fine salted turnip slices are mixed with flours and seasonings and then shaped into small balls.

The balls are usually fried golden for later use. Vendors then boil the fried balls and serve them with soup. Chopped green onion and peppers can be added as per choice. 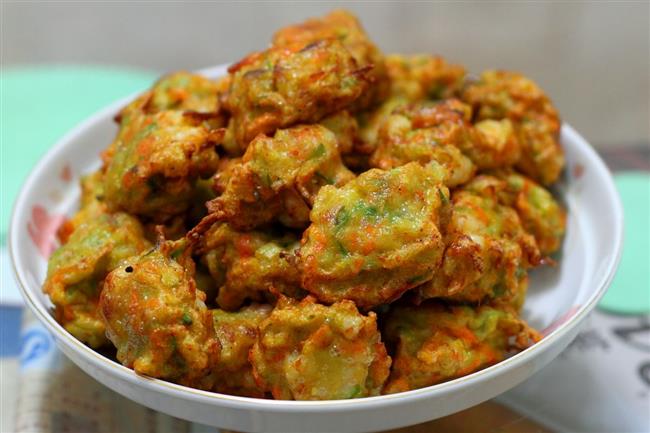