Rubbing, kneading, twisting and tugging. Within seconds, Chen Yu turns a lump of dough into a white cat with pink ears.

“See,” she says, “it’s quick to make a simple figurine like this.”

Of course, Chen has the advantage of long experience. The 68-year-old has been making dough figurines for almost 40 years at the Shanghai Arts and Crafts Museum on downtown Fenyang Road. She has won many awards in a folk art that has been listed among Chin’s intangible cultural heritage.

Chen’s work studio is cluttered and a bit rundown. But a visit there unlocks magical memories of childhood, where mythological figures from ancient fairy tales come alive.

“It’s easy to make a small cat or panda, but it might take several weeks or even months to finish a fine artwork,” Chen says as she carefully opens a wooden box to reveal a figurine of Mu Guiying, a legendary heroine of the Song Dynasty (960-1279).

Mu stares into the distance, wearing a Peking Opera costume that took Chen one month to make. The details on the headwear, the robe and the shoes are intricate.

Another of Chen’s works, entitled “Flying Apsaras,” was even more difficult because it features a goddess plucking the pipa, a traditional stringed musical instrument that took Chen a month to complete.

“I looked it up in many history documents to confirm the actual shape and appearance (of the instrument), and did a few sketches on paper first,” says the master. “Everything needs to be true to history.” 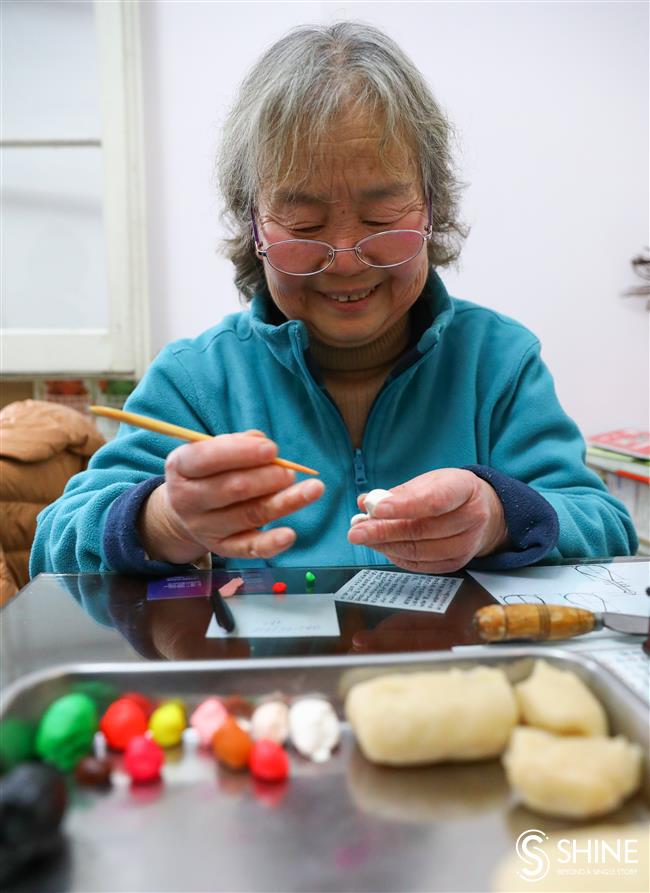 Chen Yu works at her studio in Shanghai Arts and Crafts Museum. Chen Yu looks at the exquisitely made dough figurine of Mu Guiying, a legendary heroine of the Song Dynasty. 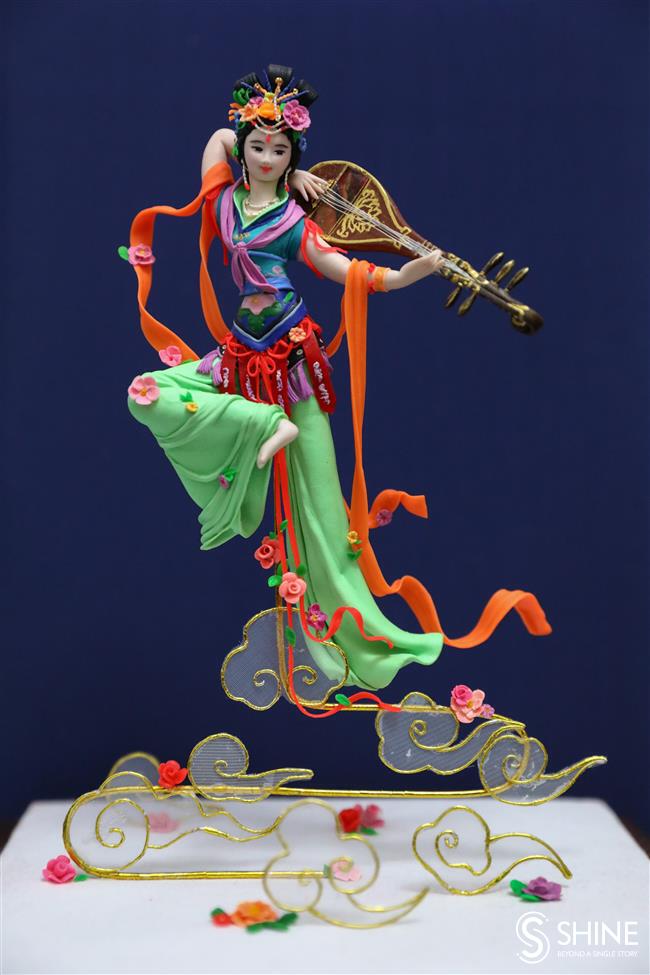 "Flying Apsaras" is one of Chen Yu's most difficult works, which required much work on the pipa.

Chen still remembers the first time she encountered dough art. In the late 1950s, when she was still in elementary school, she sneaked into the Shanghai Friendship Store for a look-see. At the time, the store was open only to expats and Chinese were banned from entering.

Inside the store, she saw an artisan exhibiting dough art for expats. He swiftly created the head and body of a monk, and then just as quickly added a black cape with a red lining.

“It was so amazing,” Chen recalls. “I was stunned speechless.”

In middle school, Chen took up dough art as an extracurricular class. It was taught by the very same man she had seen at the Shanghai Friendship Store. Indeed, Zhao Kuoming was a famous practitioner of the art form and he later became her mentor.

Chen still keeps three of Zhao’s work in her studio. Though the colors have faded a little and slight cracks have appeared, the figurines are still vivid in facial expression and intricate details.

“These works cannot be valued in money today,” Chen says.

Chen spent four years as Zhao’s protégé until the “cultural revolution” (1966-76), when she, like millions of other young people, was sent to the remote countryside to undertake “re-education”. Chen was assigned to a farm in Yunnan Province, but even there she didn’t give up dough art. 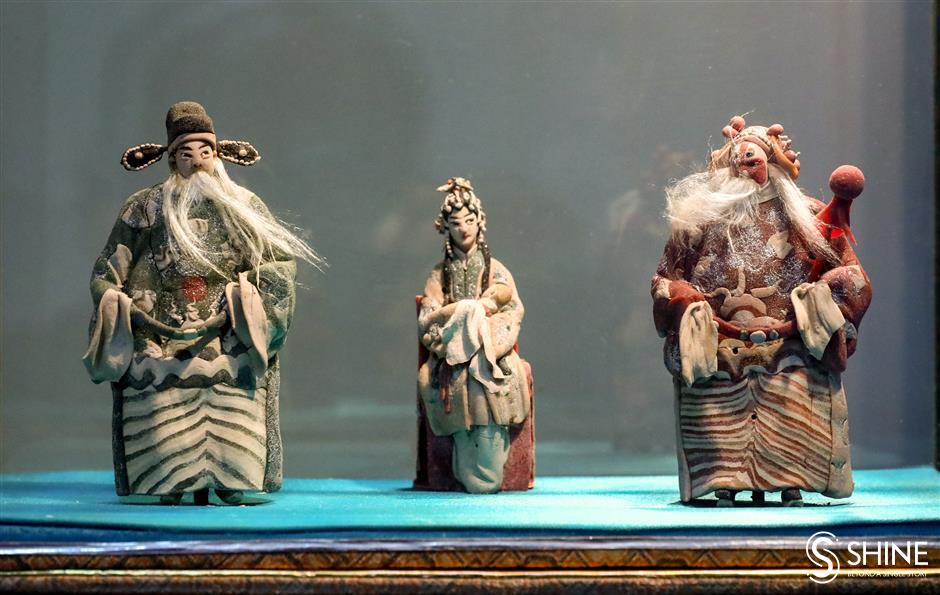 In 1979, when she returned to Shanghai, Chen began dough-making at the museum and never stopped.

Her art strictly obeys two principles: using only flour and glutinous rice, and making everything by hand. She never adds color by painting. Everything arises from the dough.

She even made her own set of tools, including a pair of tiny scissors, knife, comb and sticks.

Chen’s dough recipe is a secret. It prevents the dough from cracking. Winter is the worst season for the craft because the cold and low humidity dry out the dough too quickly.

Before her nimble fingers get to work, the dough is heated for about 10 minutes to make it soft and pliable. In her work, speed is of the essence before the dough cools and hardens.

“I am a bit slower now in my older age,” she says, jokingly. 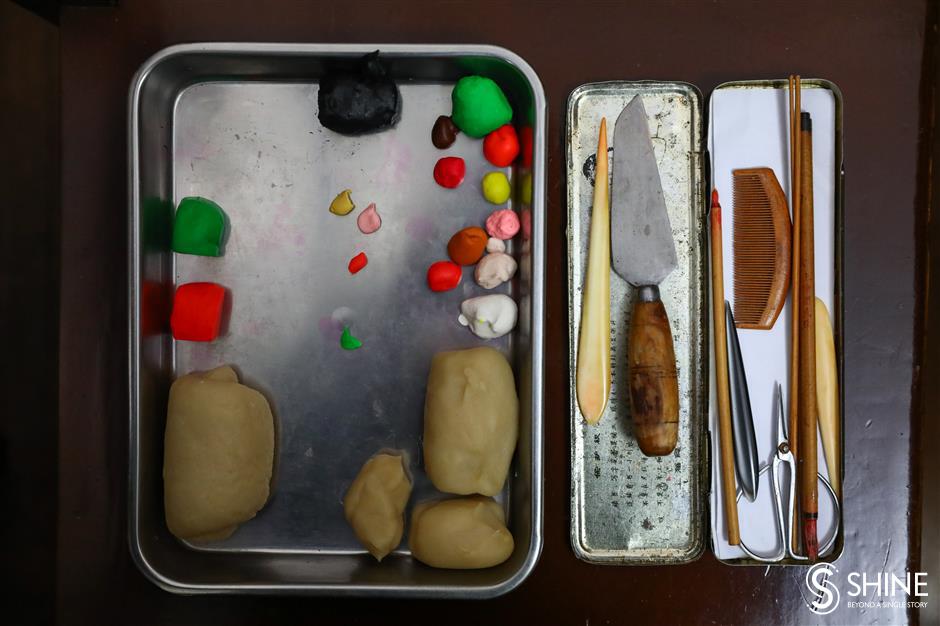 Chen Yu has made her own set of tools, including a pair of tiny scissors, knife, comb and sticks. 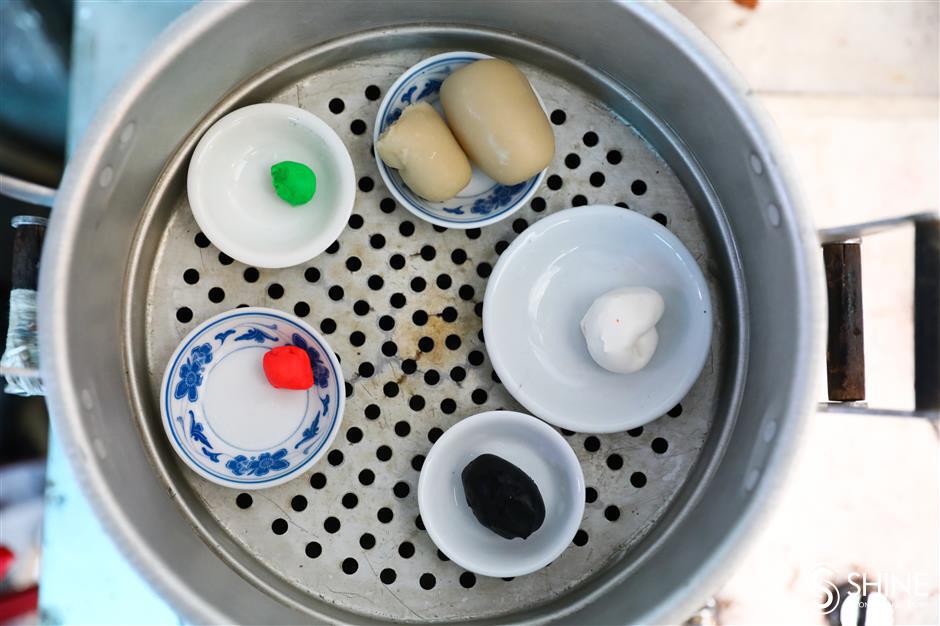 Chen currently has an apprentice named Tang Jian, whom she has been mentoring for about five years.

“To become one of my students, he/she needs to be able to concentrate on learning, be easy to get along with and be steadfast enough to resist temptations,” Chen notes.

Tang is one of the few students who have endured. She has a master’s degree from the Shanghai Academy of Fine Arts.

“I love dough art and have decided to make it my lifetime career,” Tang says.

All of Chen’s award-winning works are collected by the Shanghai Arts and Crafts Museum. She has never shown any interest in turning her skill into a money-spinner.

“To be honest, I could make dozens of small, simple figurines a day, and they would sell well,” Chen says. “But I don’t do that. It's a waste of my time and energy. I’d rather spend more time on making fine dough art for future generations.” 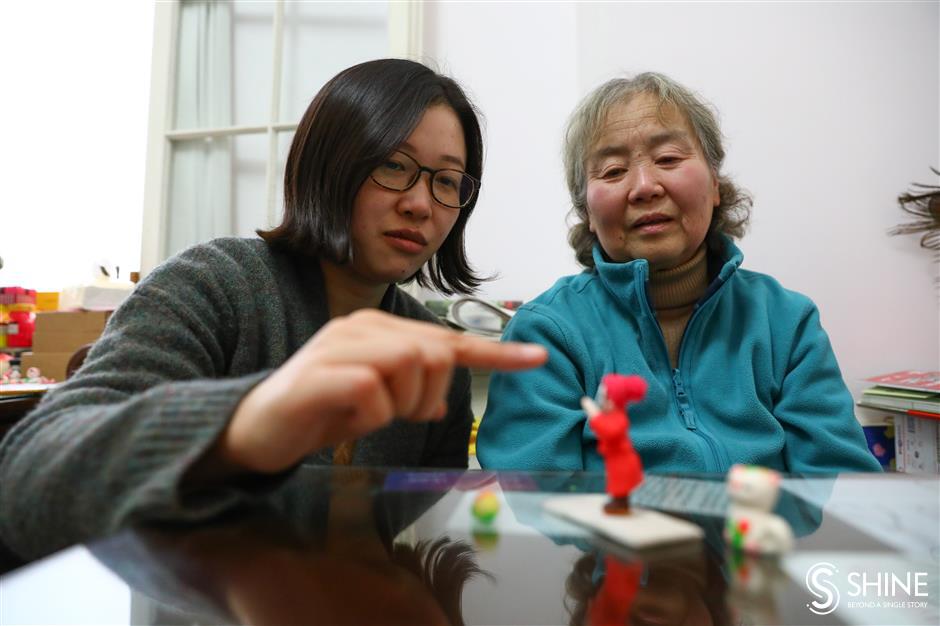 Master Chen Yu (right) and her only apprentice Tang Jian