Unearthing archeological riches and treasures of the past

T he Fancunjing Relic Site, in Taicang City of Jiangsu Province, has become a bit of an archaeological gold mine over the past two years.

The first significant archaeological discoveries were made in 2016 and, by the end of last September, around 350 ancient ruins, watercourses and roads had been unearthed.

Tons of porcelain ware, dating to the late Yuan Dynasty (1271-1368), has also been discovered, suggesting the site was an official trade exchange center at the time. 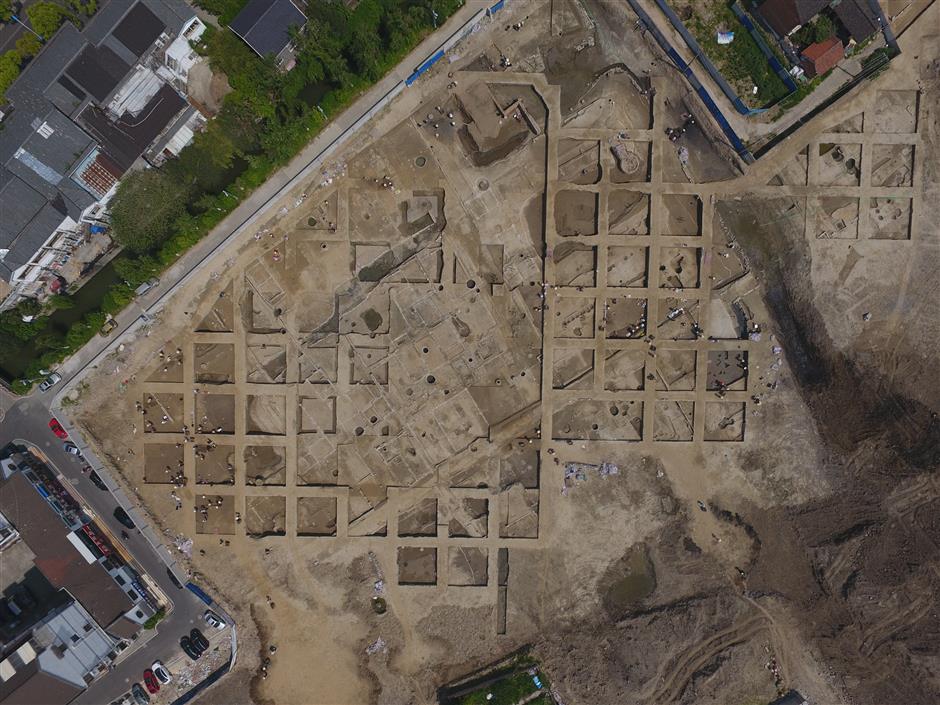 Now, 294 exquisite pieces of porcelain, from the relic site, are on display at the Wulin Pavilion of Zhejiang Museum through January 28.

Taicang was a vital port in ancient times. Both domestic and foreign fleets set sail from there, bringing home exotic products and transporting Oriental specialties to other countries.

Meanwhile, Taicang was also the terminal of ancient Caoyun routes, a water and land based grain transportation system, which begun in China during the Qin Dynasty (BC 221-206). This facility accelerated exchanges between northern and southern China and played a vital role in the economy.

According to the on-site excavation, an ancient river ran through Fancunjing and was flanked by designated buildings. The layout and foundations verified that the site was densely populated with construction buildings and divided into different sections. 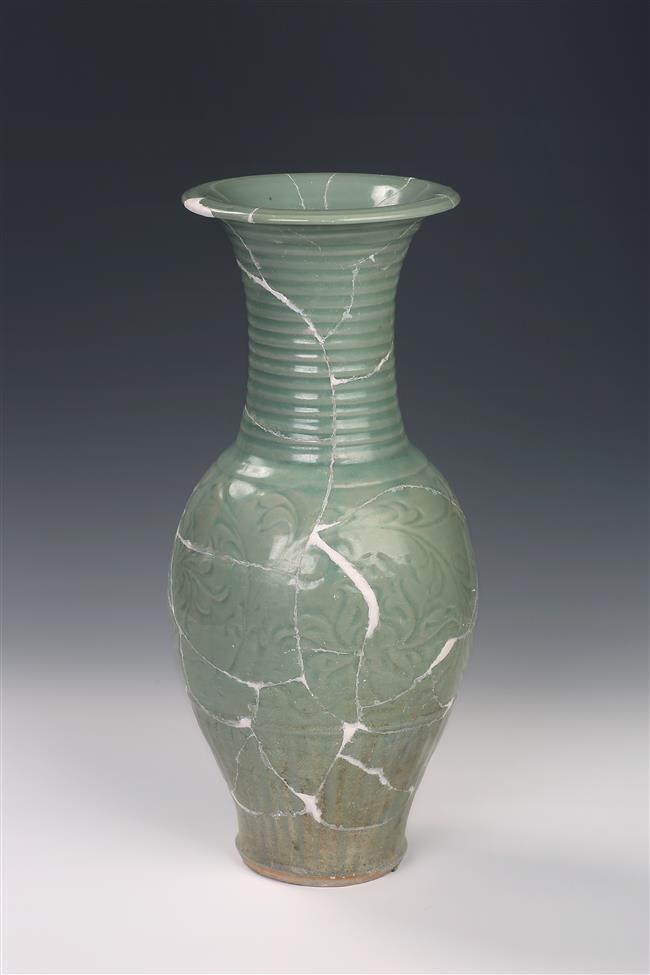 Unearthed porcelains were identified from Longquan Kiln in Zhejiang Province. According to historical archives, Taicang didn’t have a large-scale porcelain making industry. Ninety-five percent of the buried handicrafts were piled on top of each other, which reveals it was merchandise waiting to be traded.

Craftsmen at the Longquan Kiln integrated the techniques of northern and southern China’s ceramic industries to develop multiple shades of green glazing. Those imitation of ancient bronze containers were popular among members of the upper class and the royal court.

With the development of the ancient Maritime Silk Road, which linked China to the West, many of these items also spread abroad and found favor with foreign customers.

Fancunjing is considered to be the second largest site of Longquan Kiln porcelain, following the ruins in Longquan County of Zhejiang Province. It also fills in the missing archeological gap of Yuan Dynasty’s seaborne trade in this area.

In addition to Longquan, the site also buried products from Cizhou and Ding kilns from Hebei Province, and Pukou, Zhuangbian and Cizhao kilns from Fujiang Province. They all testify to the glory days of the Maritime Silk Road trade in the Yuan Dynasty. 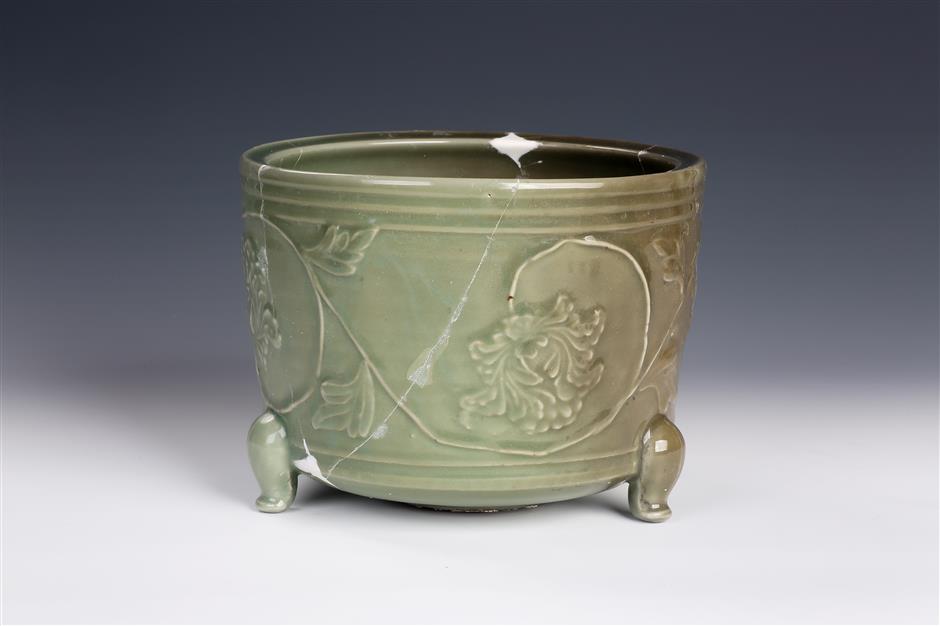 During the Song (960-1279) and Yuan Dynasties, China’s shipbuilding and navigation technology was largely developed, which made it possible to exchange with more than 60 countries via maritime trade.

Fuchuan (福船), Shachuan (沙船), Niaochuan (鸟船) and Guangchuan(广船) were the four main types of ships used in ancient times. They featured different designs, shapes and cutting-edge technology compared with their counterparts from other countries.

However, some of the ships sank on their way to other continents, leaving a large amount of ceramics in the ocean. In the 1970s, the Xin’an Ship was pulled from sea. More than 14,000 pieces of porcelains were retrieved, including 9,000 pieces of Longquan Kiln products. 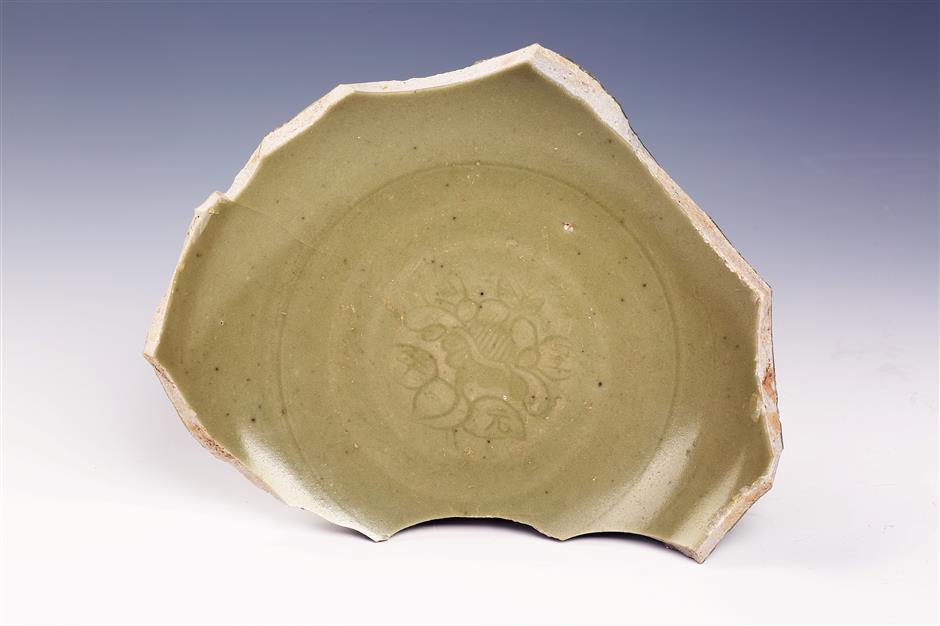 Over past years, archaeological salvage work has continued on these ships. Numerous pieces of ceramics have been recovered. archaeological work is still ongoing and it would be no surprise if more porcelain is recovered.

In Fancunjing, a shipwreck measuring 19.5 meters in length and 4.6 meters in width was discovered along with a batch of porcelains from watercourse ruins. It provided archaeologists with precious materials to learn about ship types used on the Maritime Silk Road.

In the Ming Dynasty (1368-1644), noted mariner, Zheng He, commanded expeditionary voyages to the Middle East, South Asia, Southeast Asia and East Asia from Taicang. The prosperous days continued during that period.

Date: Through January 28, closed on Mondays 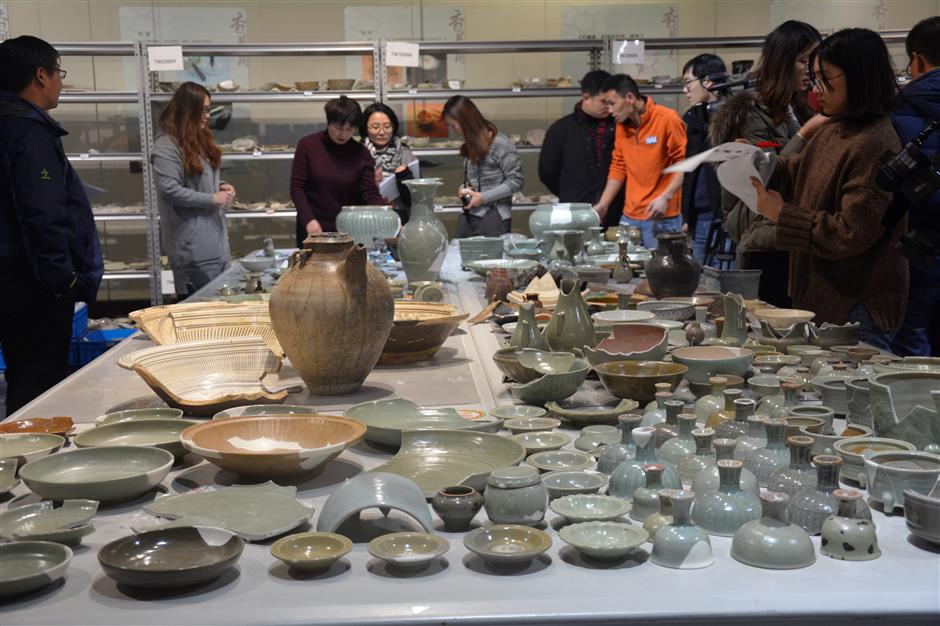