Some 200 photos of legendary Chinese movie star Hu Die, most rarely seen in public before, are on display at Shanghai Center of Photography on the West Bund, giving the audience a glimpse of the actress’ life off-screen.

Entitled “Butterfly Hu: Queen of the Movies,” the exhibition features portraits of the actress, still images from her films and photos taken on social occasions and her travels. The majority of the images are selected from hundreds collected and preserved by Hu herself. Her family members later offered the collection to the Institute of Asian Art at Vancouver Art Gallery in Canada, where she spent the last dozen years of her life.

After they went on display in Vancouver, the collection came to Beijing last year before Shanghai.

“The VAG would very much like the images being exhibited in Shanghai,” VAG representative Debra Zhou told Shanghai Daily at the opening ceremony. “Shanghai is her hometown, she shot to fame here, built her career here and got recognized by the West from here. It means a lot to bring her images back to her hometown.” 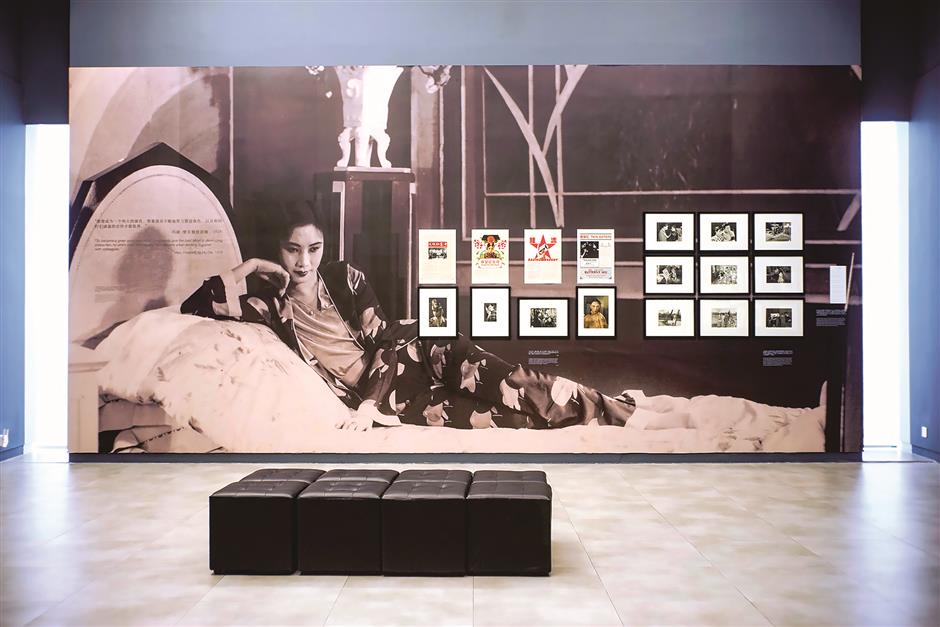 The ongoing exhibition “Butterfly Hu: Queen of the Movies” takes the audience through the high points of Shanghai-born movie star Hu Die’s acting career, and also offers them a glimpse into her personal life.

In 1908, the year the death of Emperor Guangxu and Dowager Cixi crippled China’s last feudal monarchy, Hu was born in Shanghai as Hu Ruihua. When she was young, she moved around the country with her father who worked at the railway bureau. Hu returned to the city in 1924 and studied film acting. She picked Hu Die, or Butterfly Hu, as her stage name.

Hu made her debut in a 1925 film, and appeared in more than 20 films in just three years. She later joined the leading Mingxing Film Company and reached the peak of her career in the mid-1930s.

Hu was crowned by the local media China’s first “Queen of Movies.” At the age of 52, she was honored as “Queen of Movies in Asia” at the 7th Asian Film Festival in Tokyo.

In a 40-year career, Hu acted in more than 90 films, said film critic Li Zhen. But only a few have survived. She is widely hailed as an iconic figure and one of the greatest stars in Chinese film history in 1930s and 1940s. 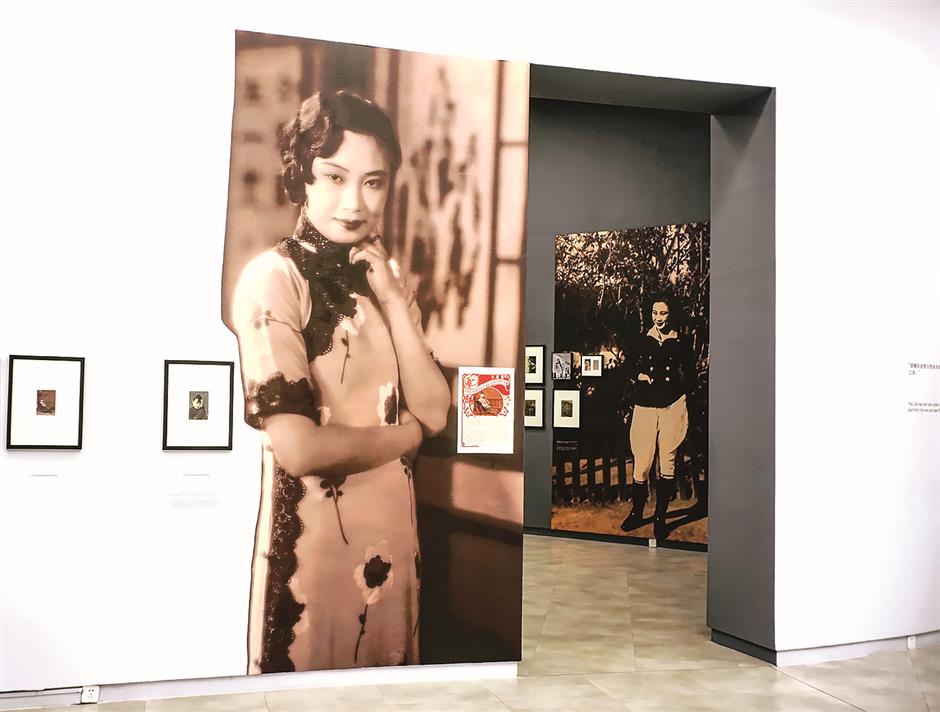 A collection of photo portraits of actress Hu Die shows various fashionable styles for Chinese women between the 1930s and 1940s.

The Shanghai exhibition takes the audience through the high points of Hu’s acting career, and also allows them a glimpse into her personal life. Yet the exhibition is more than a retrospective of the actress herself.

“The more I looked at Hu Die, and the more I did research about the period, and then when you see the film ... she is incredibly modern. I think she’s stylish, funny … representative of new Shanghai women,” said Karen Smith, SCoP curator and coordinating curator for the exhibition.

The exhibition paints a bigger picture with a focus on the development of the Chinese film industry, the changing discourse concerning actresses and new Shanghai women.

Smith says the exhibition is timely, following the Hollywood sexual abuse scandals. “Here we are almost 100 years later... still, this is one of the biggest challenges that actresses were facing 100 years ago,” because females might be stigmatized if on stage, she said.

Additional material and design elements give the audience more background information. Filling in the gaps alongside the images are intentionally yellowed posters to give footnotes to ideas like “Shanghai Modernity,” “Modern Skills,” “Film Companies” and “A Change in Discourse.”

A dozen of the photos on show are selected from the book “Shanghai: A History in Photographs, 1842-Today,” compiled by Smith and Liu Heung Shing, founder of SCoP, revealing a bit about women’s status, education, fashion and daily life between the 1920s and 1940s. Taken by some renowned photographers such as Henri Cartier-Bresson and Mark Kauffman, they complement the main exhibition, enriching the context. 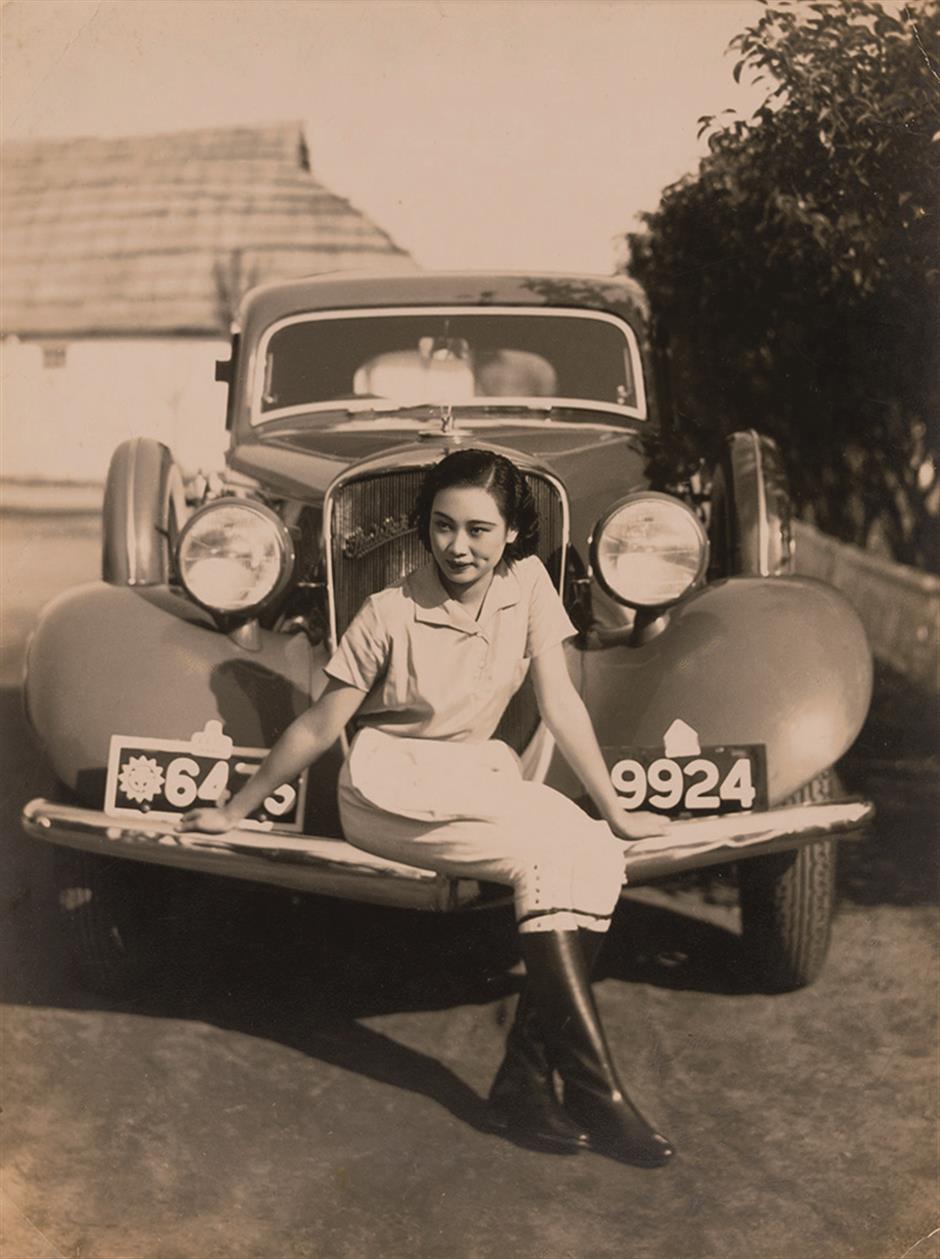 A photo portrait of Hu Die photographed by Chen Jiazhen

“It’s my experience now having been in China working with museums all this time, too many museums just put up the show and expect the local audience to come in and understand,” Smith said, adding that many museums are filled with stuff, yet no story.

“...I find that increasingly the people who have come to listen are young, and actually they have almost no possibility to understand the past (art) history.”

She says it’s the museums’ responsibility to help build an audience and provide information.

A large-scale photo of Hu in an elegant qipao takes up the wall outside the exhibition hall. Walking up to the hall, at a certain point, one will find the photo on the outside wall artfully juxtaposed with another portrait of Hu in riding breeches and high boots.

The change from conventional elegance to stylish sporty independence happened in just a couple of years, Smith said. “So speed is not the modern phenomenon in contemporary China. It has always been so fast,” she said.

The exhibition runs until March 18, but is closed on Mondays and during the Chinese New Year holiday from February 14 to 21.