The woman knight of Mirror Lake 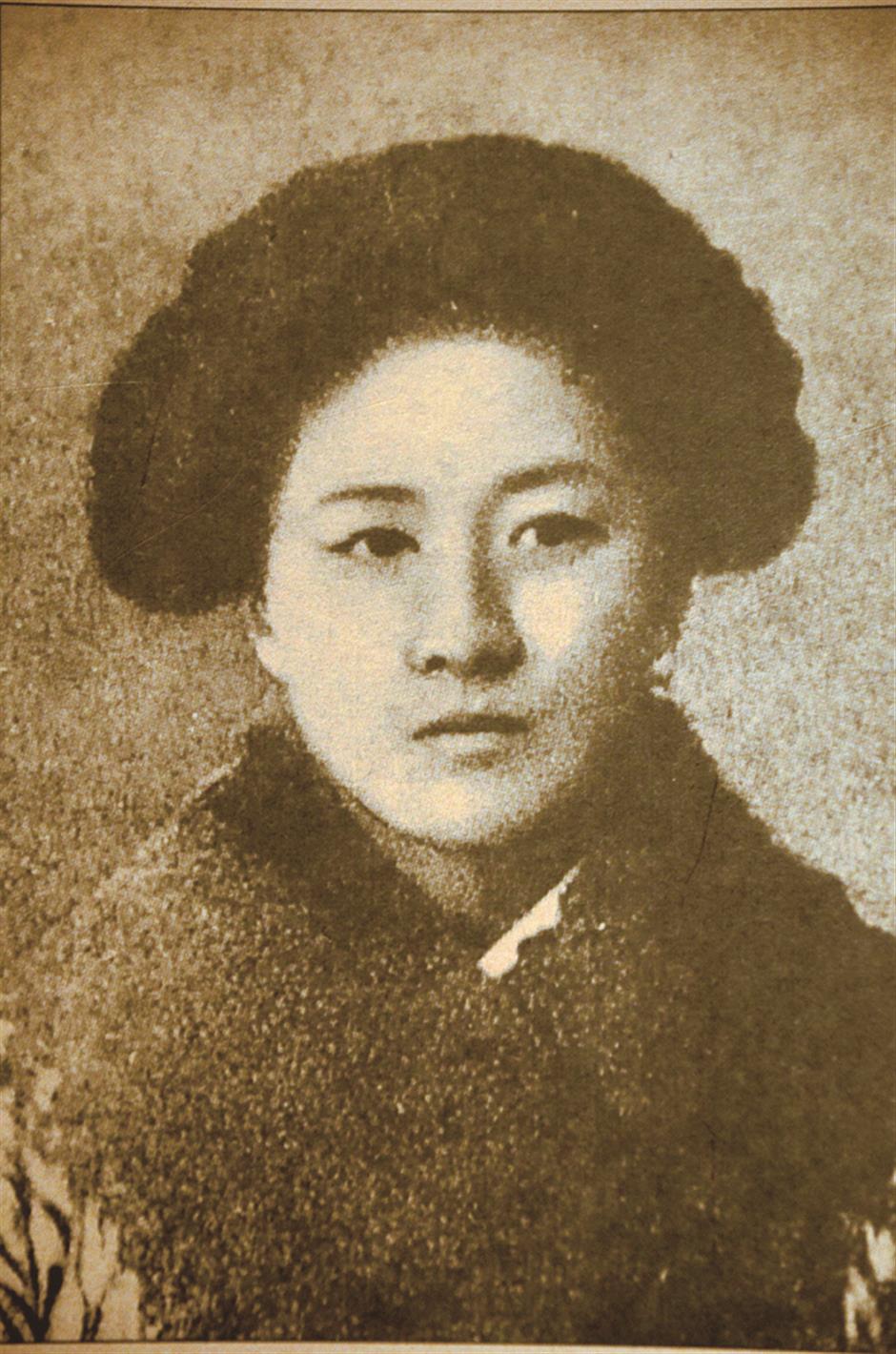 Qiu Jin, known as the woman knight of Mirror Lake, was a feminist, a poet and a revolutionist.

Qiu Jin, known as the woman knight of Mirror Lake, was a pioneer in overthrowing feudal monarchy, a feminist, a poet and a revolutionist.

Born on November 8, 1875, Qiu grew up in Shaoxing, Zhejiang Province. When she was 19, Qiu was betrothed by her father to Wang Tingjun, owner of Yiyuan pawnshop in Xiangtan, Hunan Province. The couple married in 1896 and a year later Qiu gave birth to a boy.

It is said that their marriage was unhappy as they were two completely different people with diverse hobbies and ideologies. Importantly, Wang couldn’t understand Qiu’s ambition.

The couple’s second child was born in 1901 and the family moved to Beijing two years later. Living in the country’s political center, Qiu knew many progressive people, including Lian Quan, an official at the ministry of revenue in the late Qing dynasty (1644-1911), and his wife, Wu Zhiying.

Witnessing the foreign invasion, Qiu decided to absorb more new ideas. With Lian’s and Wu’s support, Qiu left her family and went to Japan in 1904.

While studying abroad, she took an active part in assembly and delivering speeches about the significance of revolution and feminism.

Qiu encountered an array of people with lofty ideals in Japan, such as Lu Xun (1881-1936), penname of Zhou Shuren, a leading figure of modern Chinese literature, and Song Jiaoren, one of the founders of the Kuomintang.

She secretly founded a revolutionary society with nine revolutionaries, including Liu Daoyi and Wang Shize.

As a staunch feminist, Qiu published many articles about gender equality on the monthly magazine “Baihua.” She also established the journal “Zhongguo Nu Bao” — China Women’s News, in 1907.

In 1905, Qiu joined Guangfuhui, an anti-Qing organization established by Cai Yuanpei, a celebrated Chinese educator. She also became a member of the Tongmenghui, or the Chinese United League founded by Sun Yat-sen.

Retuning to the motherland, Qiu taught in girls’ schools in Shaoxing and Huzhou cities.

Invited by Xu Xilin, a revolutionary and founder of the Datong School in Shaoxing, Qiu directed the school. The school was also the stronghold of an uprising which was scheduled to be launched on July 6, 1907, but postponed to July 19.

On July 6, 1907, Xu was captured. He and his brother Xu Wei implicated Qiu. Qiu refused to flee, saying “only bleeding can make the revolution successful.”

She was caught by the Qing army on July 14. Despite being tortured, she refused to confess to any crime.

Under the circumstance, no one dared to bury her body except for her friend Wu who moved her remains to the West Lake in Hangzhou stealthily. The national heroine was buried in the riverside in 1908. Forced by the Qing government, Qiu’s son transferred the grave to Xiangtan in 1909. However, three years later, her remains were returned to Hangzhou.