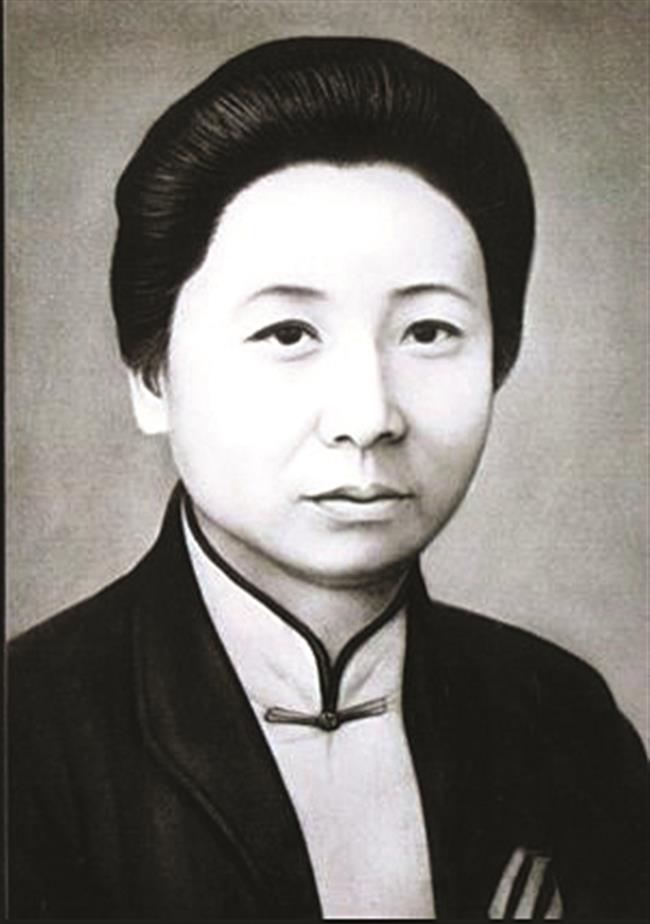 Tang Qunying (1871-1937), a revolutionary, a pioneer feminist and an educator

The first female member of the Tongmenghui, the Chinese United League founded by Sun Yat-sen (1866-1925), a revolutionary, a pioneer feminist and an educator — all the honors belonged to Tang Qunying, who was one of the “Xiaoxiang Three Heroines” along with Qiu Jin (1875-1907) and Ge Jianhao (1865-1943).

Born in December 1871 in Hengyang, Hunan Province, Tang was heavily influenced by her father who was a general of the Qing Dynasty (1644-1911). When she was 10, Tang asked her father to teach her swordsmanship. Proclaiming herself “Mu Guiying,” a legendary Chinese heroine from the Northern Song Dynasty (960-1127), Tang was also a courageous and resolute woman.

Tang struggled against foot binding, a custom popular at the time. She encouraged her two sisters to fight too, but they dared not.

A lover of literature as well as horse riding and swordsmanship, she read many classics about patriots, such as “The Ballad of Mulan” and “The Biographies of Exemplary Women.” Her father once told Tang that “If you were a boy, you would bring honor to our clan in the future.” Tang responded: “Why can’t a girl do so?”

In 1890, Tang’s father died. One year later, she married Zeng Chuangang, cousin of Zeng Guofan who was a statesman and general of the late Qing Dynasty. Moving to her husband’s family in Heye town, Hunan Province, Tang met Qiu and Ge. Tang and Qiu were also called the “Twins of the Revolution of 1911.”

Tragically, Zeng died a few years later. Tang, however, broke the taboo of remaining celibate after the death of her husband. Returning to her birth family, Tang read numerous books and absorbed many progressive ideas.

Encouraged by Qiu, Tang went to Japan in 1904 to study at a girls school in Tokyo. In 1905, Tang joined in Tongmenghui as the first female member. In the same year, Tang was introduced by a revolutionary, Huang Xing, to Sun who proclaimed Tang as the leader of female revolutionaries and awarded her a second-class Jiahe (Golden Harvest) Medal in 1911.

In Japan in 1906, Tang was elected secretary of the female Chinese students’ union which was co-founded by Wang Changguo.

Tongmenghui set up an ammunition manufacturers’ institution in Yokohama where Tang learnt how to make and use arms along with Qiu, Fang Junying, Chen Xiefen and other female revolutionaries.

Tang returned home in 1908 after the execution of Qiu. Appointed by Tongmenghui, she organized the rebellions in Hunan Province.

In November, Tang led 400 women who defeated the Qing army in Nanjing, making Tang and her team famous.

Tang was also known as the “Double-Gun Female General.”

As a leading feminist, Tang established the Women’s Suffrage Alliance with Zhang on 20 February, 1912. Storming into sessions of parliament and breaking windows, the women fought for gender equality although they ultimately failed as the electoral laws published in August 1912 specifically excluded women as voters or candidates.

The setbacks didn’t sap her will. Selling assets, Tang shifted her focus to publicity and women’s rights to an education. She established two newspapers and one girls’ school in Beijing. In Changsha, she also founded the newspaper “Women’s Rights Daily,” a girls’ art school, a girls’ vocational school, and Futao Girls’ School. In her hometown, she established another vocational school for women.

Tang suffered from poverty and illness in the later life. She died on April 25, 1937 and was buried in Hengyang.