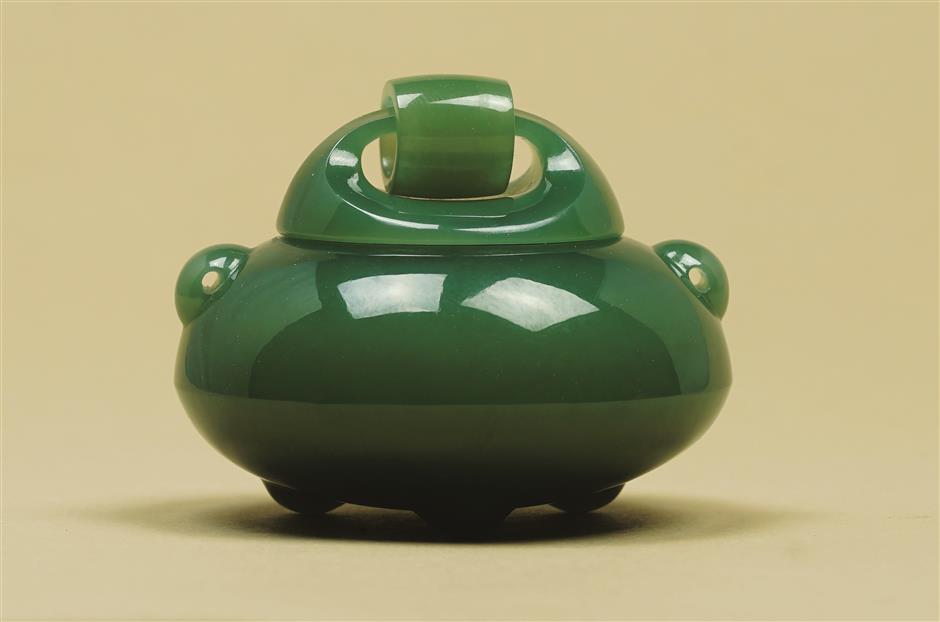 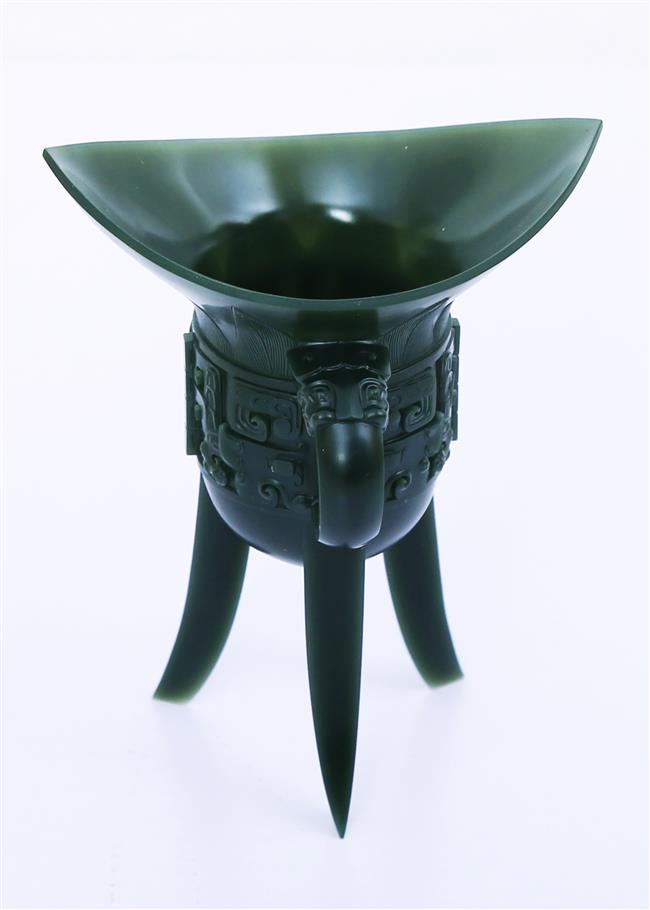 A Chinese saying goes, “If jade is not polished, it cannot become something useful,” which implies that if a person does not study, he or she cannot be successful. Jade carving, which has been practiced in China for over 8,000 years, is now being revived.

“Without carving, jade can only be a kind of material. Carved jade, however, is a carrier of culture, carrying the spirit and character of the times,” says Zhou Zhengyu, director of the Gemological Education Center at Tongji University (TGI).

Realizing that many foreigners believed the art of jade carving had died out, TGI invited researchers from the British Museum to visit some jade workshops in 2014 and 2015. An exhibition on the modern mining of jade and contemporary jade pieces was also held.

Zhou says the researchers were stunned by the contemporary jade artworks, which they thought even more exquisite than those made in the Kangxi and Qianlong reign of the Qing Dynasty (1644-1911), the heyday of jade culture.

“Most foreigners know Chinese jade culture from museums where only ancient jade is collected, so little is known about the modern craft,” says Zhou.

After a four-year jade culture exchange, the British Museum purchased seven pieces which are exhibited in its refurbished Sir Joseph Hotung Gallery and Alleyne Jade Gallery. Queen Elizabeth II attended the reopening ceremony of both galleries on November 8 last year.

The importance of the purchase was also underscored by Zhai Yiwei, state-level inheritor of the intangible cultural heritage — haipai (Shanghai-style) jade carving. His work “Land of Idyllic Beauty” is collected by the British Museum along with a semi-finished work to display the craftsmanship of contemporary jade carving.

“Innovation in themes and techniques is the core of Shanghai-style jade carving. The themes are inspired by our daily life. In terms of craft, both traditional and modern, Western and Chinese techniques are applied,” says Zhai.

To break the father-to-son practice and bring in more fresh ideas, a jade factory was established in Shanghai in the 1960s with around 1,200 craftsmen. Many current jade masters like Zhai started off there.

Due to his superb skills, Zhai was assigned to carve vessels such as gu (drinking vessel), zun (wine vessel) and burner in retro style. In order to find the original patterns, he often visited the Shanghai Museum to study bronzeware and jade artifacts there.

“I actually preferred to carve human figures, animals and plants, which needed imagination and creativity, but now I am thankful for those days which allowed me to learn traditional Chinese aesthetics and craftsmanship,” says Zhai. 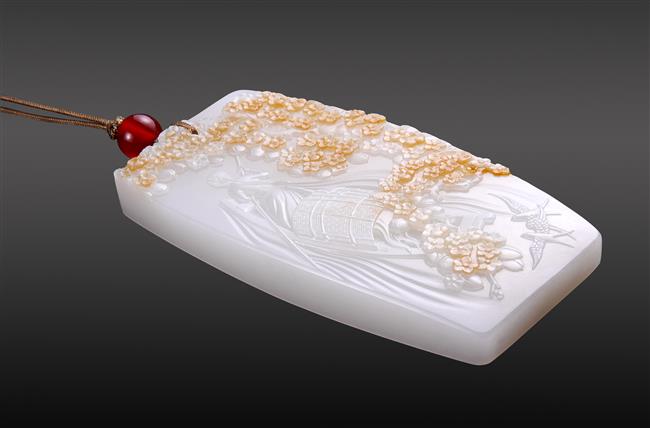 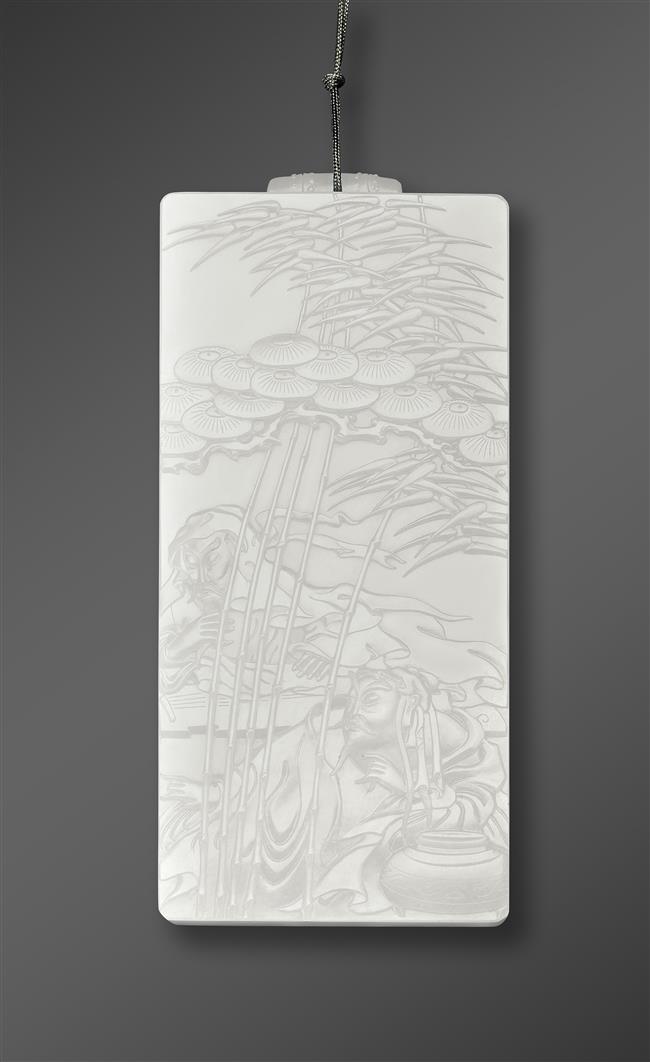 Influenced by European romantic figure paintings and pursuing the concept of “less is more,” Zhai combines Chinese and Western styles of art. His works are largely based on the form of highly valued Zigang pendants, which have a carved painting on one side and calligraphy on the other.

His pendant “Early Spring,” for example, features a girl rowing a fishing boat at dawn. Zhai used photographic composition and relief technique to carve flowers in the yellow skin of the pebble, which creates a poetic ambiance.

“No jade artifacts before has ever depicted farmers. For me, mood comes first, followed by craftsmanship,” says Zhai.

The breakthrough in jade design can also be seen from the Yang Xi’s simple yet elegant artworks. Yang is an expert in Suzhou-style jade carving, which was inscribed on the list of national intangible cultural heritage in 2012.

“Ethereal, elegant and exquisite are the characteristics of Suzhou-style jade carving. I keep the tradition while adopting a modern design language,” says Yang. 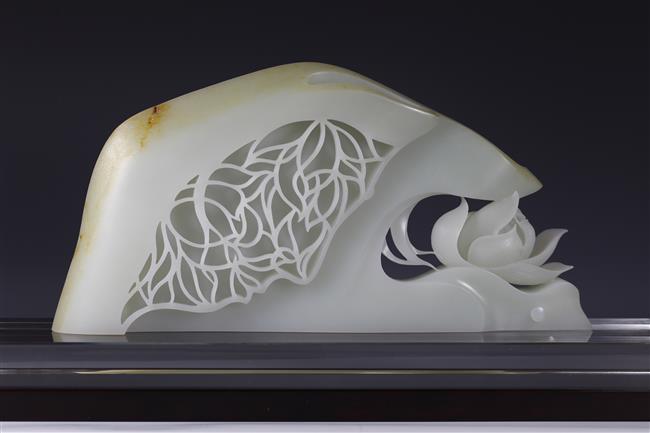 His two pieces, “Flowing Melody — Image of Lotus” and “Autumn of Suzhou,” are collected by the British Museum.

Yang has created a religious figure of Guanyin with a modern twist. The goddess, carved in Chinese paper-cutting style, can be seen in silhouette along with a lotus flower on the right, symbolizing purity.

In the second work, the peace and tranquility of the ancient water town of Suzhou is vividly depicted through the ginkgo tree leaves.

“Observation is very crucial for artists. For example, when I go to a mall, I pay much attention to the display windows. When I am on the plane, I read the airline magazines, from which I can get some inspiration,” says Yang.

The electrically driven lathes which replaced the traditional ones rotated by foot treadles, the rotary steel tools with diamond-bonded surfaces and the handheld electrically powered drills enable craftsmen to carve jade nicely and quickly.

“There is still a long way to go for jade culture to be popular among the general public,” says Zhou. “Jade, in my opinion, is rooted in Chinese ‘gene’ which I want to activate.”

His class of Chinese jade culture at Tongji University is very popular among students; over 800 applied but only 230 were enrolled this semester.

According to Zhou, TGI is attempting to collaborate with domestic museums and universities to popularize jade culture in its birthplace. 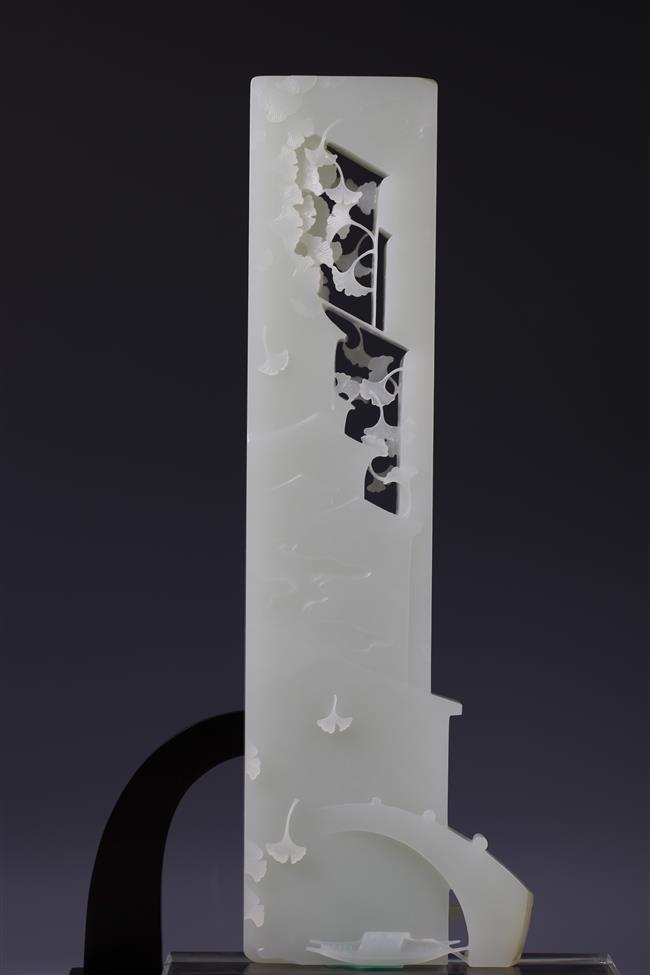 "Autumn of Suzhou" by Yang Xi