Chinese history and culture, which span 5,000 years, have enormous diversity and are rich in arts and sciences, with elaborate paintings, literature, printing techniques and delicate pottery and sculpture. Chinese architectural traditions are respected all over the world.

China comprises 56 ethnic groups. The Han makes up nearly 92 percent. The numerous and diverse ethnic groups share China’s vast lands, but at the same time live in their individual communities.

While hundreds of Chinese dialects are spoken, a minority language is not simply a dialect. Rather, it is a language with distinct grammatical and phonological differences. Language families include Tibetan and Altaic. Twenty-one ethnic minority groups have unique writing systems.

Confucianism, Taoism and Buddhism made a collective and lasting impression on culture and tradition. Confucianism is predicated on ren (love) and li (rituals), signifying respect for society and social hierarchy. Taoism propagates the philosophy of inaction. Buddhism emphasizes self-emancipation.

Buddhism, the most important religion in China, is generally believed to have spread to China during the Han Dynasty (206 BC-AD 220). During its development in the country, it has had a profound influence on traditional culture and thoughts.

Buddhism has had an indelible impact on Chinese civilization. Many words and phrases have Buddhist origins. For example, to “hold the foot of Buddha at the moment” means to make a last-minute effort.

Many people kowtow to whatever gods they encounter and will burn incense in any temple.

In literature, discernible traces of Buddhism and Zen are apparent. Renowned poets in the Tang Dynasty (AD 618-907), such as Bai Juyi ─ were lay Buddhists, but this did not prevent them from imbibing a little alcohol from time to time.

In contemporary China, Buddhist temples, caves/grottoes and holy mountains, particularly those listed in the national and provincial historical heritage, have become hot spots for tourism. It is not uncommon for the income of a temple to cover the expenses of an entire county or district.

Confucius (551-479 BC) is widely considered one of the greats in human history.

Confucius (551-479 BC) is China’s most famous philosopher. He was a government official, and during his lifetime he saw growing disorder and chaos. Perhaps due to the turmoil and injustices, he set about developing a new moral code based on respect, honesty, education, kindness and strong family bonds.

His teachings later became the basis for religious and moral life throughout China.

Li (礼), or ritual, etiquette, manners, gravity — “Man’s natures are alike, it is their habits that carry them far apart.”

Xin (信), or truthfulness, faithfulness and sincerity — “The superior man is modest in his speech, but exceeds in his actions.”

Yi (义), or righteousness or honesty, generosity of soul — “When we see men of a contrary character, we should turn inwards and examine ourselves.”

Xiao (孝), or filial piety, strong family values — “The strength of a nation derives from the integrity of the home.”

The Chinese word dao means way, indicating a way of thought or life. There have been several such ways in China’s long history, including Confucianism and Buddhism. In the 6th century BC, Taoism — spurred by philosopher Lao-tzu’s “Tao Te Ching” — became “the way.”

Much like Confucianism, it has influenced every aspect of Chinese culture.

Taoism began as a complex classification of philosophical thought — practiced by relatively few people. Later, it emerged, perhaps under the influence of Buddhism, as a communal religion. It later evolved as a popular folk religion.

Philosophical Taoism speaks of a permanent dao, in a similar manner to how some Western religions speak of God. Dao is considered unnamed and unknowable, the essential unifying element of all that is. Everything is basically one despite the appearance of differences.

Because all is one, matters of good and evil and of true or false, as well as differing opinions can only arise when people lose sight of the oneness and subscribe to the attitude that their personal beliefs are absolutely true.

This can be likened to a person looking out a small window and thinking he sees the whole world, when all he sees is a small portion. Because all is one, life and death merge into each other as do the seasons of the year. They are not in opposition to one another but are only two aspects of a single reality. The life of the individual comes from the one and goes back into it.

The goal of life for a Taoist is to cultivate a mystical relationship to the dao. Adherents therefore avoid dispersing their energies through the pursuit of wealth, power, or knowledge. By shunning earthly distractions, the Taoist is able to concentrate on life itself. The longer their life, the more saintly the person is presumed to have become.

The eventual hope is immortality. 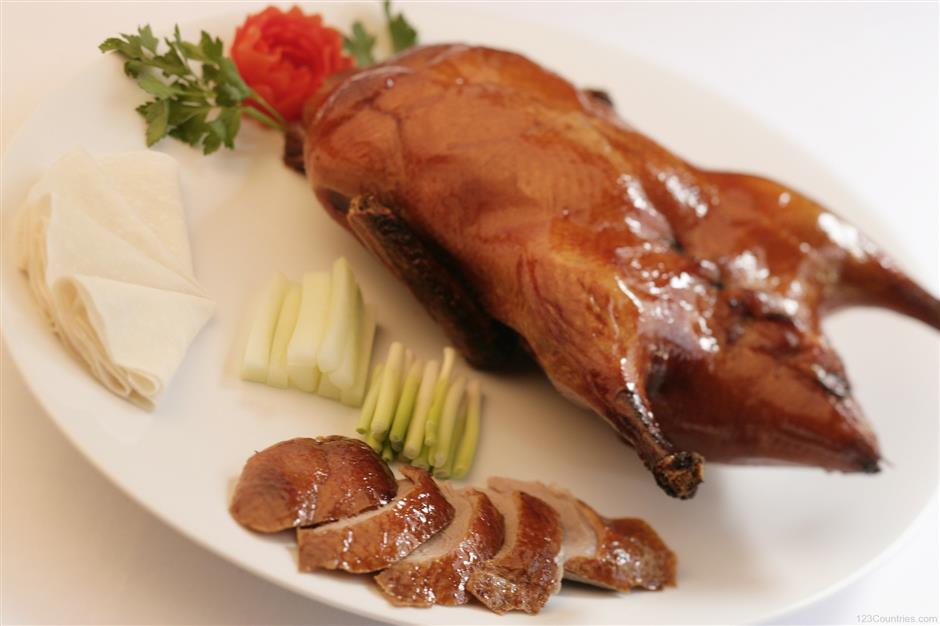 It is often said — if you are in Beijing, there are essentially two things that you must do: One is to climb the Great Wall and the other is to eat the Peking Duck.

Once confined to the kitchens of the palace, the legendary Peking Duck is now served in thousands of restaurants throughout the country and around the world.

The origin of Peking Duck dates back to the Ming Dynasty (1368-1644). Chefs from all over China traveled to Beijing to cook for the emperor. It was a prestigious occupation as only the best chefs could enter the palace kitchens. It was even possible for a top chef to attain the rank of a minister.

It was in these kitchens that dishes of exceptional quality were created and crafted to perfection by palace chefs. But many of the recipes for such “foods of the emperor” were later smuggled out and onto the streets of Beijing.

With the eventual fall of the Qing Dynasty in 1911, court chefs who left the Forbidden City set up restaurants around Beijing and brought Peking Duck and other delicious dishes to the masses.

In winter, people like to eat food that instantly warms their bodies and lifts their spirits. To that end, the hotpot is considered a delicious and hearty choice.

Families or groups of friends sit around a table and eat from a steaming pot — cooking, drinking and chatting.

Eating hotpot is not a passive activity: Diners select small pieces of prepared raw food from plates scattered around the table, place them in the pot, wait for them to cook, fish them out of the broth, dip them in their preferred sauce, and then eat. They can also drink the broth.

The heat of the hotpot is symbolic of the warmth and tender feelings those sitting around it have for each other, while its round shape is a hint at the lack or complete absence of irregularities in the person-to-person relationship.

Undoubtedly, this way of eating is not only a figurative embodiment but a visual indication of a willingness to eat from the same pot and to share the same lot. This is the most highly prized merit of group consciousness. The hotpot is more than just a way of cooking.

In a hot pot restaurant, it is rare to see a customer dining alone — because dining by oneself in front of a hotpot is considered devoid of interest and pleasure. 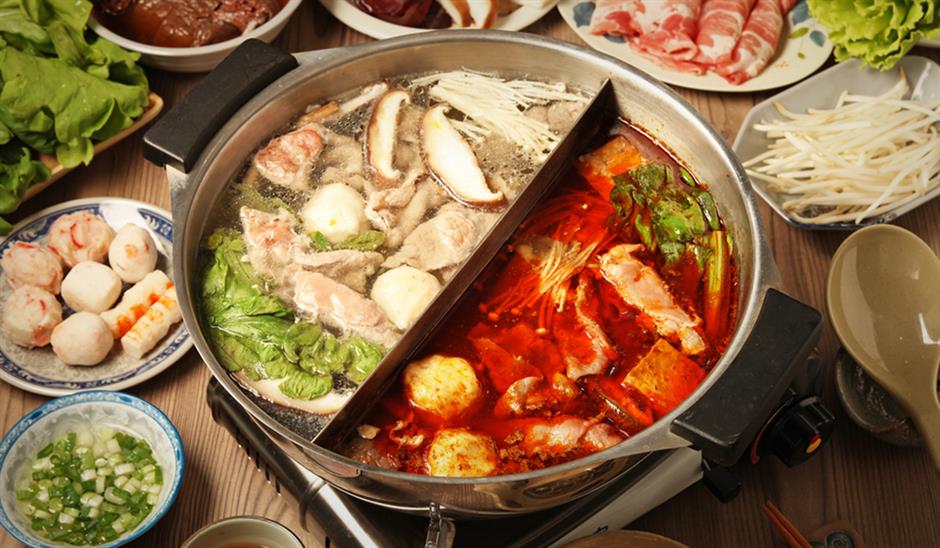 Hotpot is one of Chinese people's favorite winter foods.