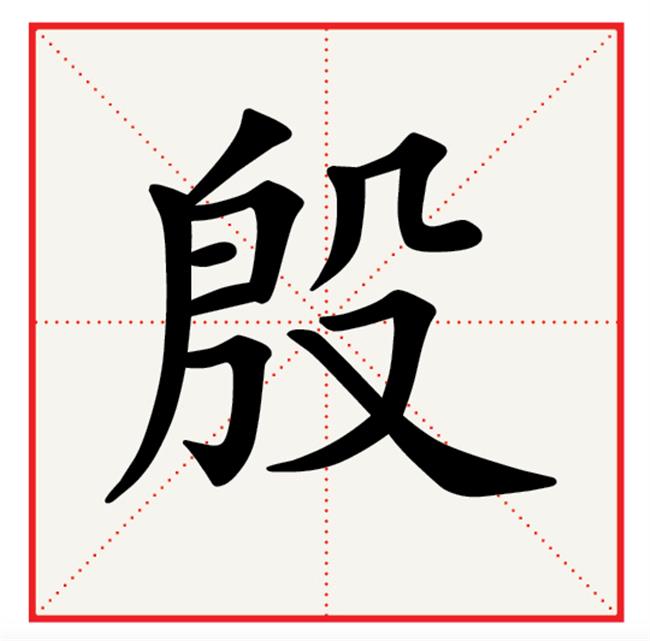 There are generally three sources of Yin as a family name. One is derived from the royal family of the Shang Dynasty (c. 1600-1046 BC). One originates from people living near a river named Yin shui, and the third stems from minorities who took the character Yin as their surname as they mixed with the Han.

It is estimated that there are about 2.24 million people surnamed Yin in China, ranking it the 104th in terms of population, accounting for about 0.16 percent of Chinese.

There are generally three sources of Yin as a family name. One is derived from the royal family of the Shang Dynasty (c. 1600-1046 BC). One originates from people living near a river named Yin shui, and the third stems from minorities who took the character Yin as their surname as they mixed with the Han.

Many offspring of the royal family surnamed Zi in the Shang Dynasty took Yin as their surname. It was originally pronounced “yī”, later as “yān” in the Spring and Autumn Period (770-476 BC), and as “yīn” after the Tang Dynasty (AD 618-907).

A brother of King Zhou of Shang was granted the Song Kingdom in the Zhou Dynasty (1046 -256 BC), ruling the survivors of a former dynasty. Some survivors changed their surnames to Song.

In the Song Dynasty (960-1279), it was impolite to use the character Yin in ordinary people’s names, as the first emperor’s father was named Zhao Hongyin. Many Yins chose names such as Tang, Shang, Dai and Lin. Therefore, some people surnamed Song, Tang, Shang, Dai and Lin are actually related. Another root comes from the area around Yin shui river in today’s Henan Province, where people took the name Yin.

And some minorities changed their surnames into Yin from time to time. Some members of one tribe, Beiyin Shi, gradually merged with the Hans in the early Zhou Dynasty. Yins can also be found in the Manchu, Yi, Hui, Yao, Tujia, Dong, Wa and Miao groups.

There were traces of Yins in Henan, Hebei, Shandong, Sichuan and Shanxi provinces before the Qin Dynasty (221-207 BC).

The Yins again gradually expanded to the upper reach of the Huai River in the Han Dynasty (206 BC-AD 220), where they form a prominent clan “The Yins in Ru’nan.” The Yins moved southwards later and formed other big clans in Jiangsu Province by the Song Dynasty. Their traces were found all over China in Ming Dynasty (1368-1644), but are now largely concentrated in Yunnan and Jiangsu provinces, which account for 44 percent of all Yins nationwide.

Famous Yins include litterateur Yin Yun in the Northern and Southern Dynasties (AD 420-589), general Yin Zhongkan in the Eastern Jin Dynasty (AD 317-420) and painter Yin Zhongrong in Tang Dynasty. There is a set phrase “Fuzhu Hongqiao” in Chinese, which literally means “hand it to Hongqiao.” Hongqiao is the courtesy name of Yin Xian, who lived during the Jin Dynasty (AD 265-420).

Before he left for his new position as the regional governor of Yuzhang in today’s Jiangxi Province, many people in the capital asked him to help take letters to their friends and relatives in Yuzhang. He carried more than 100 letters yet threw all of them into the river, saying: “Let those that should sink sink; let those that should float float. I will not help send the letters.”

“Fuzhu Hongqiao” then is widely used to describe lost letters.