Bamboo's not just for pandas 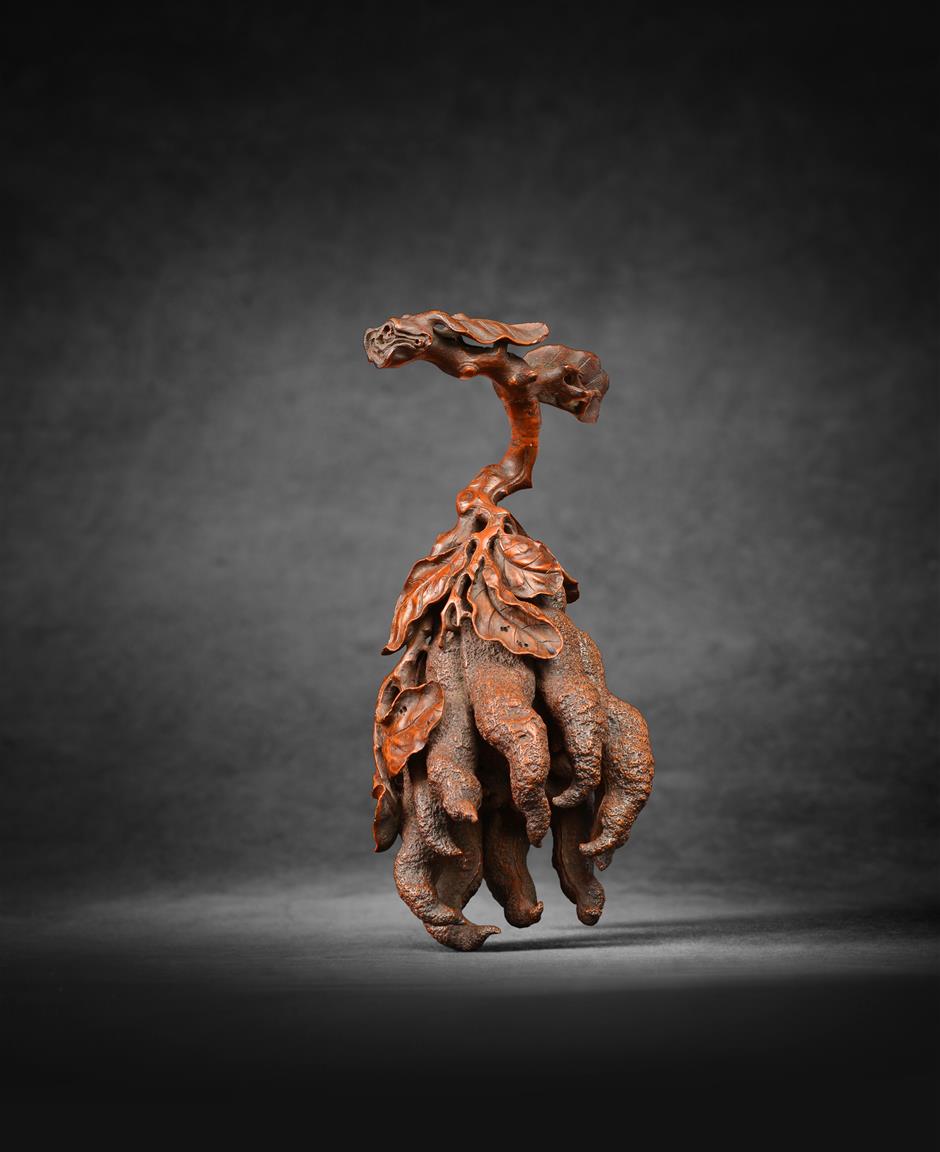 Bamboo is not just food for China’s national treasure, the giant panda, but also a symbol of virtue. According to Bai Juyi, a renowned Chinese poet in the Tang Dynasty (AD 618-907), its root implies steadiness, the straight stem symbolizes integrity, the hollow inner represents modesty and its joints stand for persistence.

Bamboo culture has been deeply rooted in Chinese culture and philosophy for thousands of years. Ancient literati designated bamboo one of “four gentlemen” along with plum, orchid and chrysanthemum.

“In my opinion, bamboo has soul and can breathe. It would ‘interact’ with people — the color of bamboo would become darker with many years of touching,” says Zhao Shengtu, associate researcher at the Jiading Museum in northern Shanghai.

Due to its great cultural value, generations of artists portrayed bamboo in paintings, calligraphy or poems and used it for carvings.

“Although bamboo is a very cheap material, the technique and artistry of bamboo carving is the most brilliant. Therefore, when it comes to Chinese carvings, bamboo carving, especially Jiading bamboo carving, is always the foremost,” says Zhao. “The value of bamboo-carving works lies in their artistry and spirit rather than material.”

Apart from Jiading bamboo carving, which was initiated by the three generations of the Zhu family — Zhu He (pseudonym Songlin), Zhu Ying (pseudonym Xiaosong) and Zhu Zhizheng (pseudonym Sansong) — in the Ming Dynasty (1368-1644), Jinling (Nanjing) bamboo carving is another main style founded by Pu Zhongqian.

For hundreds of years, Jiading bamboo carving has got much attention for its techniques, design and more importantly, literati spirit embedded in the artworks. Most bamboo-carving artists were scholars who incorporated various art forms such as calligraphy, literature, painting and seal-cutting.

Influenced by Confucianism, Taoism and Buddhism, the scholars expressed their yearning for a peaceful and pastoral life through bamboo carving. Therefore, themes like the seven sages of the bamboo grove in the Wei (AD 213-266) and Jin (AD 266-420) dynasties and “Orchid Pavilion Gathering,” a famous calligraphy work by master Wang Xizhi (AD 303-361), are common. 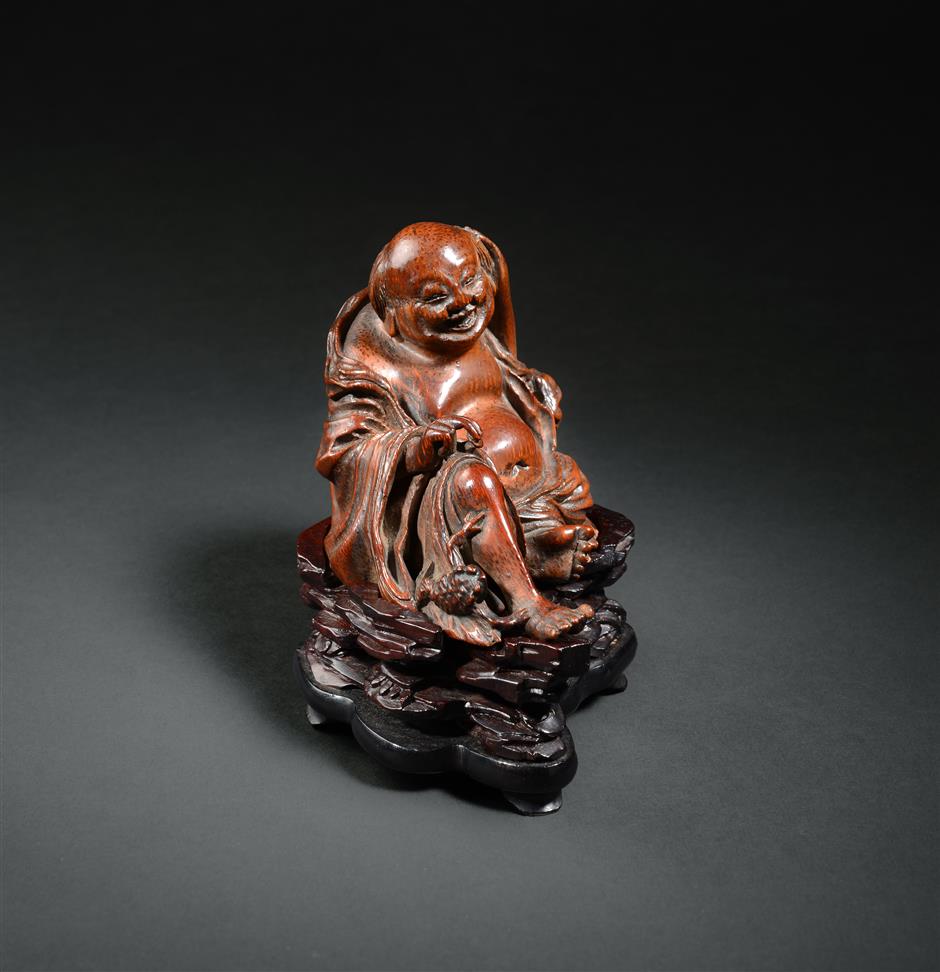 “Unlike other art forms of which the makers were artisans, those of Jiading bamboo carving were literati. For them, carving bamboo was not a way of making a living but a means to express their emotions,” says Zhao.

Though there are abundant bamboo resources in China, only a few bamboos can be selected as raw material for carving: from 4 to 8 years old depending on the type of bamboo, with a straight stem, clean exterior and fine texture.

“The bamboo needs to be reaped in winter because it’s easier to keep in cold weather when there are no worms. In the 1990s, I used to go to the mountainous areas and choose bamboo by myself. The experience allowed me to know how difficult it was to select perfect bamboo,” says Wang Wei, an inheritor of Jiading bamboo carving, listed as national intangible culture heritage in 2006.

Wang recalls he and his peers spent several hours climbing a mountain in freezing conditions. They were well treated by local villagers who made them lunch — rice cooked in bamboo tubes. He says the locals carried the bamboo down the mountain to be transported by vehicles rather than ships in order to ensure they stayed in good condition.

Washed, boiled, steamed, degreased and dry, the carefully chosen bamboo needed to be processed and stored for a few years. Many would crack or go moldy during the period. Only intact ones can be used.

“In the Ming Dynasty, the artists often chose bamboo growing in Anhui Province, and in the early Qing Dynasty (1644-1911) they preferred those of Tianmu Mountain in Zhejiang Province. The local species was called Jibu bamboo. Nowadays, most craftsmen use moso bamboo planted in the southern regions of China,” says Zhao.

The style of bamboo carving changed over times. In the Ming Dynasty, Zhao says, figures were simply carved without fine detail, which echoed the aesthetic values of the time — simple, mellow, smooth and elegant. The artworks made in the Qing Dynasty were more sophisticated, and the size was relatively bigger than before. 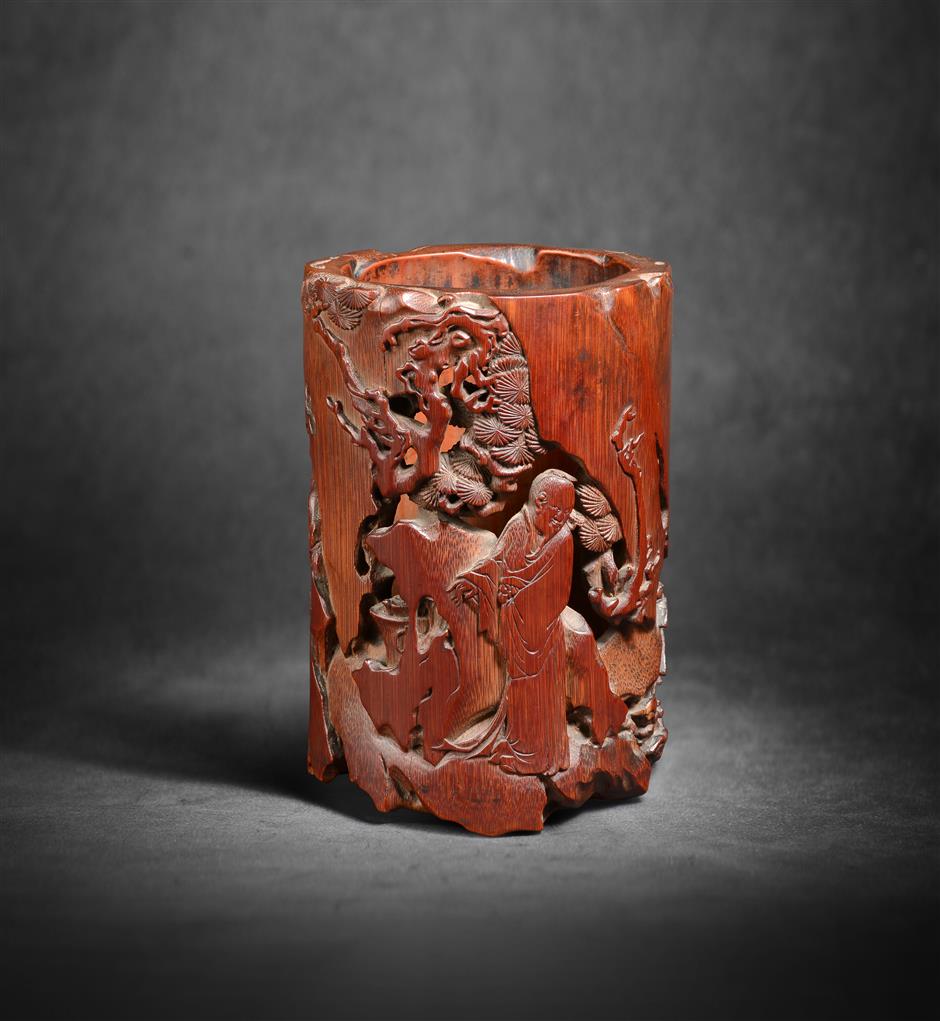 “During the Ming era, artists often adopted the techniques like round carving and openwork, which were extraordinarily time-consuming. In the Qing Dynasty, the carving depth tended to be thinner,” explains Zhao.

“Using knives as using pens” is a fundamental skill of Jiading bamboo carving. A variety of blades are used, including round, square and diagonal-cutting blades. Previously, the tools were made by carvers themselves, but today many artists buy them in Dongyang, a city in Zhejiang Province famous for woodcarving.

During the 1960s and the 1970s, Jiading bamboo carving was dying out due to the lack of market demand. In the early 1980s, local officials tried to revive the craft. Three young men were chosen to pass it on, and Wang was one of them.

“We were taught by a carpenter, but there are huge differences between bamboo carving and woodcarving, so we had no choice but to “grope in the dark” by ourselves. Practicing until late at night, we were very hardworking,” Wang says.

In the 1990s, the trio was sent to China Academy of Art in Hangzhou to study Western art. Applying the skills learnt from sketching and sculpture to bamboo carving, Wang made the figures more three-dimensional and lively.

“Bamboo carving is a lonely art. Spending two to three months on one piece, I regard all works my children,” says Wang. “As a bamboo-carving artist, I need to learn about different art forms from which I can draw inspiration.”

A special exhibition organized by Zhao is now underway until June 17 at the Jiading Bamboo Carving Museum. Some 120 pieces of bamboo-carving artworks made in the Ming and Qing dynasties give visitors an insight into literati bamboo carvings.

“All the items are owned by private collectors. It is very rare to assemble and display such a large collection of ancient bamboo-carving works,” says Zhao. 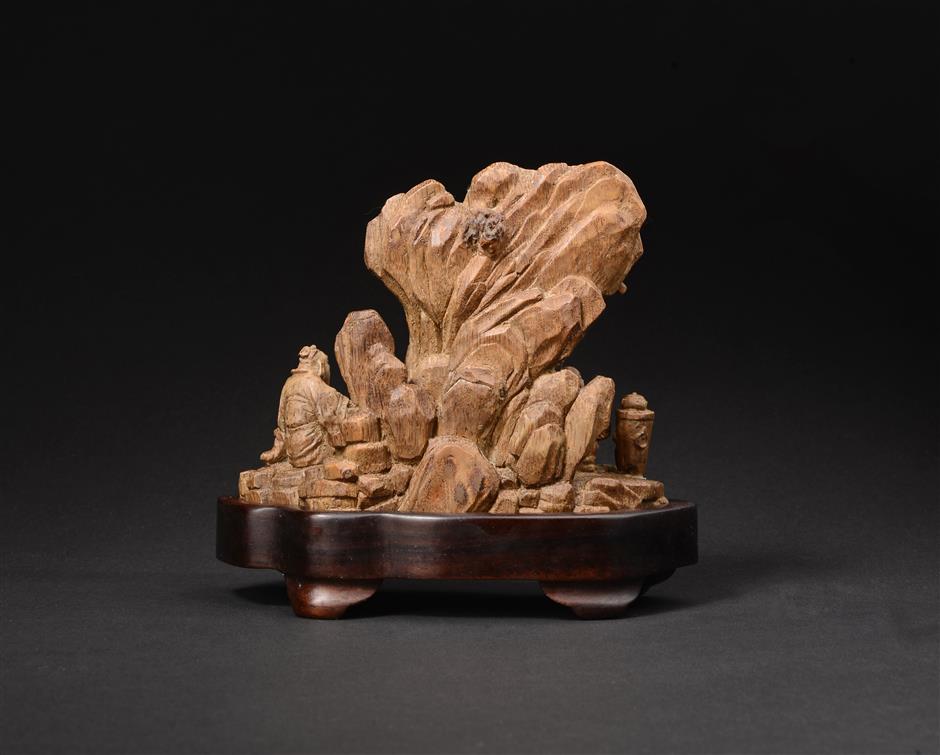 One of Wang Wei's bamboo-carving artworks