After Shanghai opened its port in 1843, it rapidly adopted production technologies from the West, and factories sprung up all around the city dealing in textiles, iron and steel, tobacco, automobiles and shipbuilding.

In the late 1990s, however, industrial and urban reconstruction saw many production lines move to the suburbs or inland cities. Old plants, offices and warehouses were left vacant.

But instead of demolishing such an important part of the country’s history, more and more industrial heritage is being converted into art and cultural centers.

One of the latest projects involves a Baowu Steel facility in northern Shanghai’s Baoshan District, covering an area of 26 square kilometers, which is to become an art and education hub, called Shanghai International Art City.

Students at the Shanghai Academy of Fine Arts will be the first to move into the refurbished Shanghai Stainless Steel Co buildings in 2020 when the first phase of construction is complete.

“Keeping the authenticity of the buildings has become a kind of art itself,” said Yongwoo Lee, artistic director of the Shanghai International Art City Research Institute. “Industrial heritage goes far beyond existing architectural recognition with unique standing and image.” 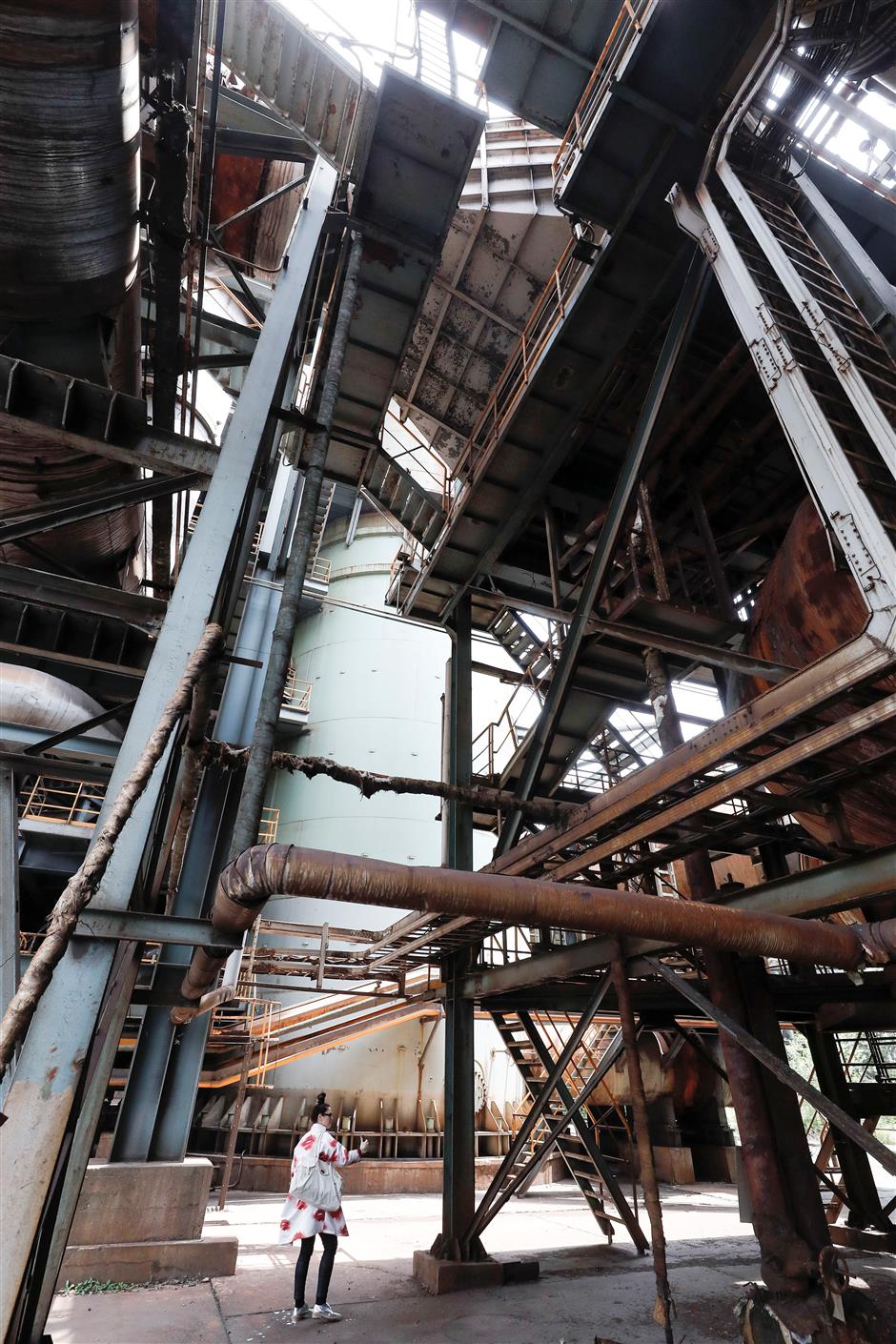 A Baowu Steel facility in northern Shanghai will be regenerated into an art and education hub, named Shanghai International Art City.

There are more than 400 buildings on the Baowu Steel site which used to house machinery and industrial operations, including a gas-oven chamber by Wenzao River, a 70-meter-tall blast furnace, a forging house and a cold rolling mill.

“I think it is a good idea to make an art center at the east coastline of Shanghai. That conveys an important message of returning revitalized northeast industrial landscape to the citizens in the name of culture and art,” Lee said.

In 2000, attracted by the low rent and large space, local contemporary artist Xue Song moved his studio into one of the former Chunming Textile warehouses at 50 Moganshan Road along Suzhou Creek.

When M50 became a creative park in 2002, more than 100 galleries and studios were in operation. These days, the art quarter not only houses a thriving community of art-related businesses, but has also become a popular cultural attraction for local and international visitors alike.

M50 was one of the first and most notable cases of industrial heritage being converted for cultural purposes. 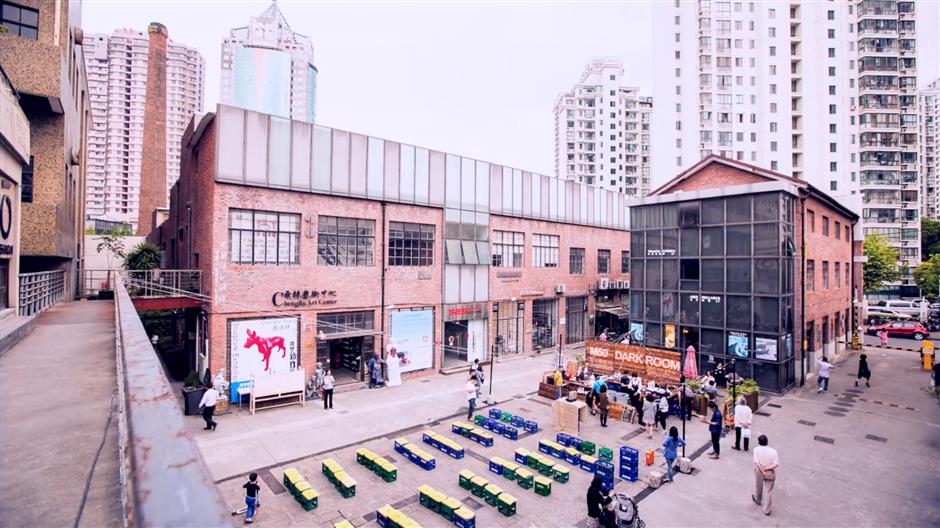 M50 is one of the earliest examples of converting abandoned warehouses into creative centers. 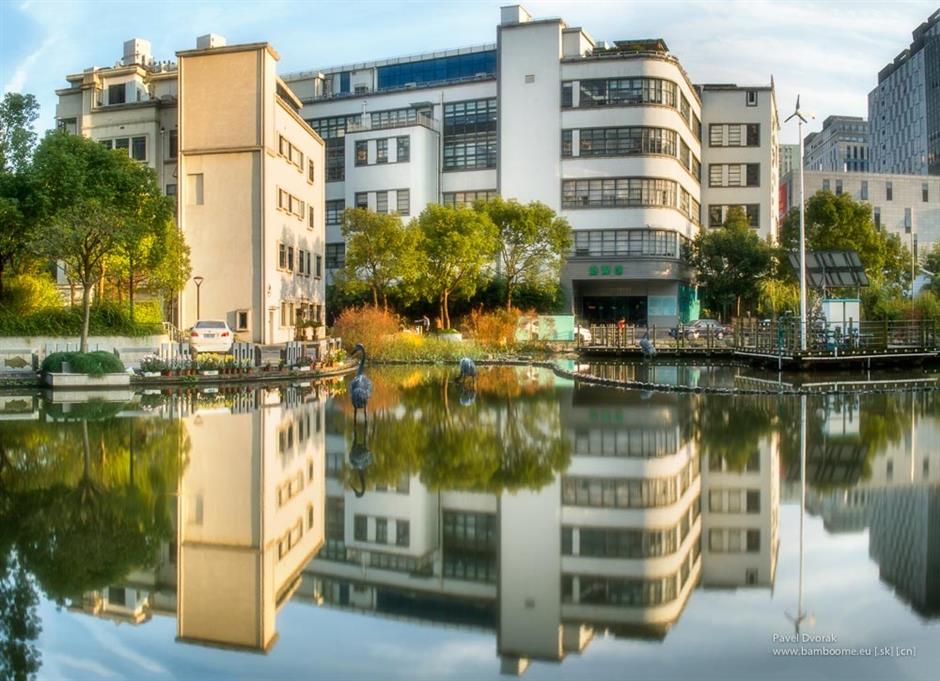 Also along Suzhou Creek, the former Union Brewery at 130 Yichang Road is now a popular garden complex and events venue.

Bridge 8 on Jianguo Road M. is made up of seven plants of the former Shanghai Automobile Brake Co. Opened in 2003, it is a hub for metropolitan industries such as architecture, home furnishings, art, advertising, software, film, publishing and fashion design.

A complex of restaurants and shops in Hongkou District, 1933 Old Millfun once housed the largest slaughterhouse Shanghai. Since opening in 2008, the place, with its original curved staircases, bridged walkways and thick walls, holds a unique built-in narrative for featured screenings and live art performances.

In 2010 when the World Expo was held in Shanghai along the banks of the Huangpu River, rows of waterfront industrial warehouses caught public attention. Large-scale industrial buildings of the former Jiangnan Shipyard, Shanghai No. 3 Steel Works and Port Machinery Plant have been preserved as historical and cultural remains. 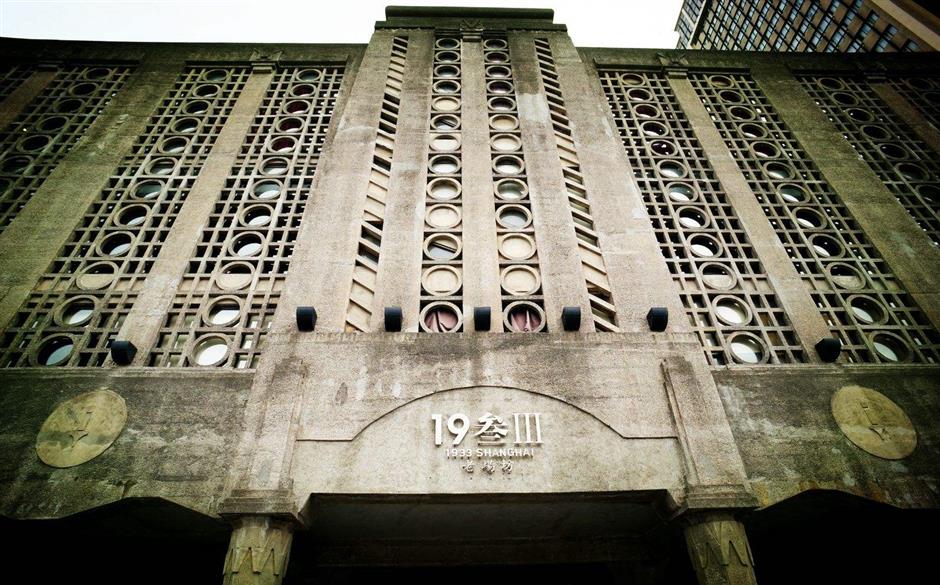 The 1933 Old Millfun once housed the largest slaughterhouse Shanghai. 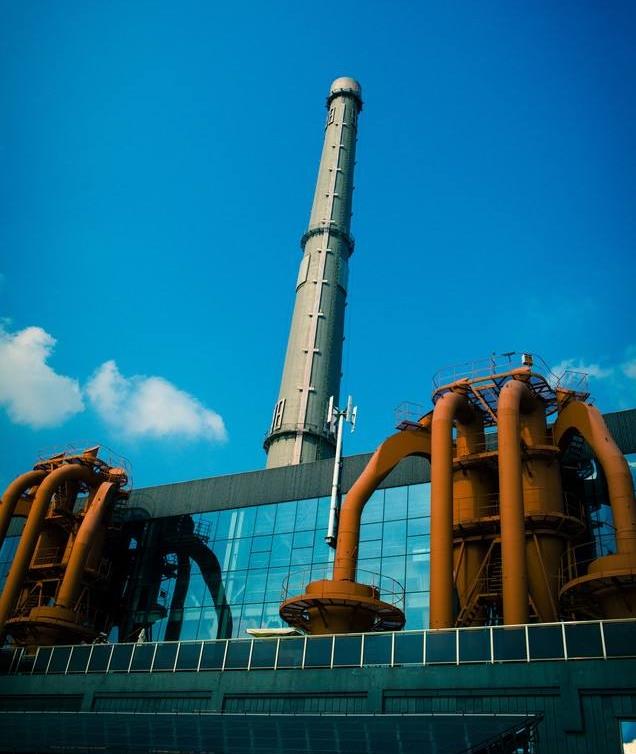 The Power Station of Art was once the Pavilion of Future during the Shanghai World Expo.

Housed in the former Nanshi Power Plant, the Power Station of Art was once the Pavilion of Future during the Shanghai World Expo. Today, the building is a museum — and home to the Shanghai Biennale.

The Shanghai Yuz Museum along the West Bund in Xuhui District was once the hangar of Longhua Airport. By retaining the unique sense of grandeur of the enormous structure, the museum has become an important space to enhance public understanding and appreciation of contemporary art.

Last year, a massive exhibition of modernist pieces from two of Italy’s chief innovators — Giorgio de Chirico and Giorgio Morandi — was held at the Modern Art Museum Shanghai in the Pudong New Area, which was renovated from a coal dock.

Also built around an industrial structure once used for unloading coal, the Long Museum has two huge spaces for exhibitions and relevant events — Long Museum Pudong and Long Museum West Bund. It covers traditional Chinese art, revolutionary art as well as modern and contemporary art of Asia and Europe. 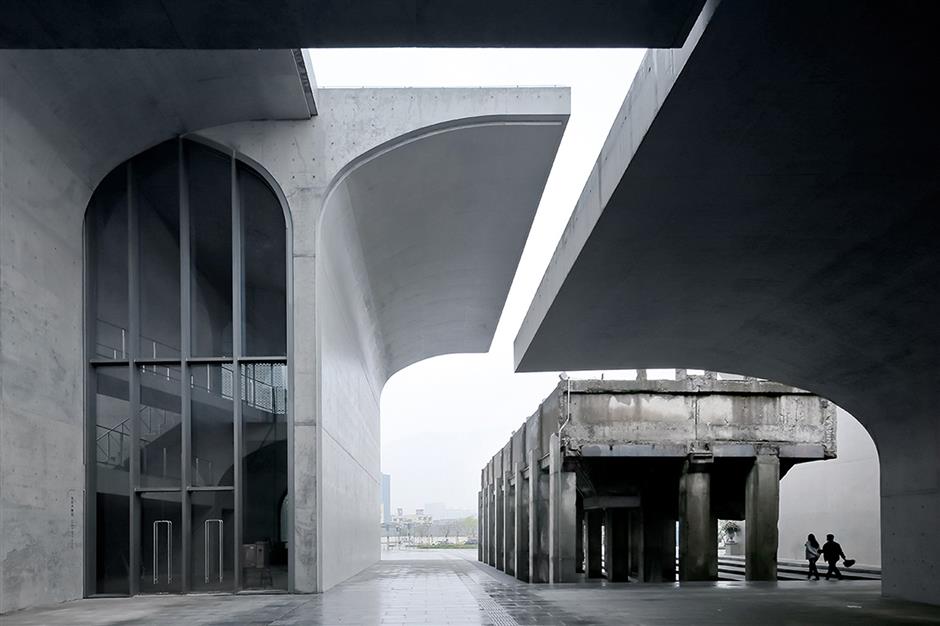 The Long Museum at West Bund 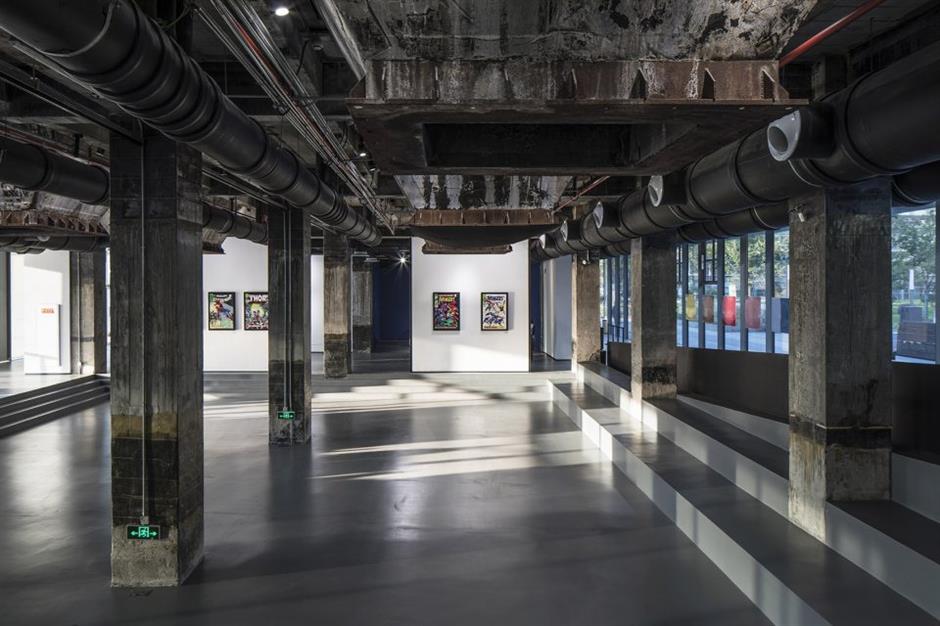 The Modern Art Museum Shanghai in the Pudong New Area

Industrial civilization over the past 180 years has acted as a vital part of Shanghai’s modernity — not just the architecture, but the industrialization process in itself.

“We have entered a new age of reuse. Without art — a creative reuse of the waste — we would lose these buildings as well as the heritages all together,” said Lee.

He said the redevelopment of the Baowu Steel plant on a city scale could be risky, but also a success story of immense importance.

“Here in Baoshan District, it is going to be a much bigger entity than other artistic facilities. You will be able to see galleries and art schools not only from China, but from the world as well,” he noted.

“Shanghai Academy of Fine Arts will serve as an artistic catalyst to constructing a spatial eco-chain that includes education and creativity. In Shanghai International Art City, every individual is a creative learner, creator, producer, consumer and communicator of art,” he added.