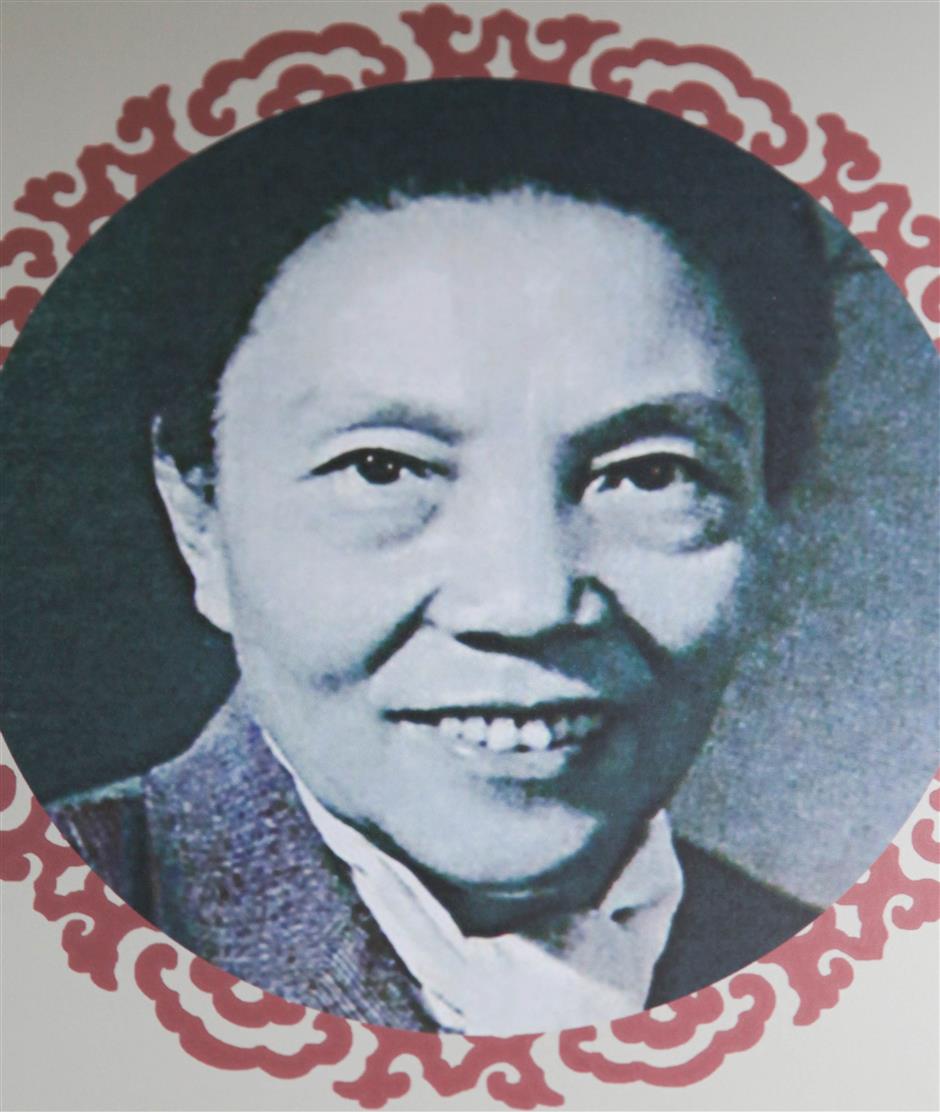 Cai Chang was the first chair of the All-China Women’s Federation.

Cai started school in 1913 thanks to her determined mother, Ge Jianhao, who sold her belongings in order to afford her children’s education. Appreciating the sacrifice, Cai studied very hard.

After graduating from primary school, Cai’s mother founded a school in her hometown. To save money, Cai transferred to the school and not only studied but also taught music and sports there.

In contrast to her mother, Cai’s father was very close-minded. He believed that women shall not go to school. Receiving 500 silver dollars from a landlord family, he consented to the marriage of Cai and the landlord’s son without asking Cai.

Cai’s mother was indignant and helped her daughter escape to Changsha in Hunan Province where she was enrolled in the Zhounan Girls’ School and changed her name to Cai Chang.

At school, she met Xiang Jingyu and Tao Yi, who later also became pioneers of the women’s movement. They discussed feminism and gave speeches on the streets.

In 1919, Cai borrowed 600 silver dollars from relatives and a year later she went to France for a work-study program, with her brother Cai Hesen, her mother and Xiang. There, Cai studied Marxism-Leninism and women’s liberation. She joined the Communist Youth League of China in 1922 and one year later became a member of the CPC.

Cai met Li Fuchun, a prominent Communist in Paris. As Cai is a week older than Li, Li affectionately called her “big sister.” In 1923, Cai married Li. They planned to celebrate their wedding day in a cafe in Paris alone, but Deng found out and volunteered to be the chief witness. In 1924, Cai gave birth to a girl named Li Tete. The couple were sent to study in Moscow in February 1925. But only six months later, Cai went back to Shanghai before going to Guangzhou in Guangdong Province, where she worked for the CPC.

Cai took part in the Long March in October 1934. Although given a mule because she was ill, Cai let her young guard who was also ill ride it. She also taught the guard how to write and told him the stories of the Chinese revolution.

Representing Chinese women, Cai attended council meetings held by the Women’s International Democratic Federation in 1947 and 1948. She was elected vice president of the organization in 1948.

Uniting Chinese women of all ethnic groups and all walks of life, Cai established the All-China Women’s Federation in 1949, China’s first national women’s organization. This extraordinary woman was diligent and thrifty. She wore her clothes for 30 years, many with patches.