Neither a performer nor a musician, Gwendoline Cho-ning Kam’s long connection with Kunqu Opera has enabled her to observe and record the development of the ancient art form in contemporary China, providing academic analysis to performing artists as well as to cultivating a critical audience.

An ethnomusicology major from the University of Hawaii at Manoa, Kam has been promoting the traditional opera in Shanghai for the past five years.

“I got my first experience of Kunqu in summer 2006 at the watertown of Zhouzhuang (Jiangsu Province), where my impression of traditional Chinese theater was entirely overthrown,” says the Hong Kong native, recalling her first visit to Shanghai on a high school graduation trip 12 years ago.

Kunqu Opera, with a history of over 600 years, is a combination of music, dance and literature and represents the aesthetic pinnacle of Chinese performance art.

“As a Hong Kong native surrounded by Cantonese Opera throughout my upbringing, I once thought that was all about Chinese opera. The ‘unfashionable’ appearances and ‘horrible’ vocalization of Cantonese Opera, as I perceived it when I was young, caused my reluctance to make a step closer to traditional Chinese theater,” says Kam.

With the help of fellow musicians, bangu master Lin Feng (right) demonstrates how traditional intruments work in Kunqu Opera in his talk at the Dayin Culture Center in Shanghai.

However, the unexpected encounter with Kunqu in Zhouzhuang stunned her with its simplicity and soothing elegance and enlightened her on how cultural context matters in a genre’s development.

Inspired, Kam furthered her study of Kunqu, writing academic papers framing musical traditions via a social-cultural lens at university. So far, she has presented papers on Kunqu music at various academic conferences at home and abroad.

For three years from 2010, Kam was the chief organizer and copy editor of a symposium on anthology for the Chinese Opera Festival in Hong Kong.

She has also translated several classic Kunqu plays, such as “The Peony Pavilion,” into English. Since 2014, she has been the English translator for various official publications.

Working with performers and musicians, Kam initiated a series of reading events and lectures on the basics of Kunqu in Shanghai from April this year. Lin Feng, a veteran musician from the Shanghai Kunqu Opera Troupe who specializes in bangu (literally “clapper and drum”), was the first lecturer on how Kunqu luogu (gongs and drum) shapes the genre.

As host to a bilingual lecture first held at Shanghai’s Dayin Culture Center and later at Minsheng Art Museum, Kam says the bangu is more than a percussion accompaniment in the Western sense as it encompasses musical elements that are closely tied to traditional Chinese culture and hence irreplaceable by any Western musical instruments.

However, with the dramatic changes in modern China, Kunqu Opera is yet to revive its glory. But Kam says there are modern ways, such as 3D films or Kunqu concerts (a fusion of Western and eastern music), to make this ancient art form more appealing and accessible to young people.

“I don’t think there is a necessary opposition between tradition and innovation, as long as the latter is abiding to the skeleton which defines the former,” she says. “What we should indeed consider is if this ‘renewal’ or ‘revival’ is suitable to continue our heritage with the realities of our own time.” 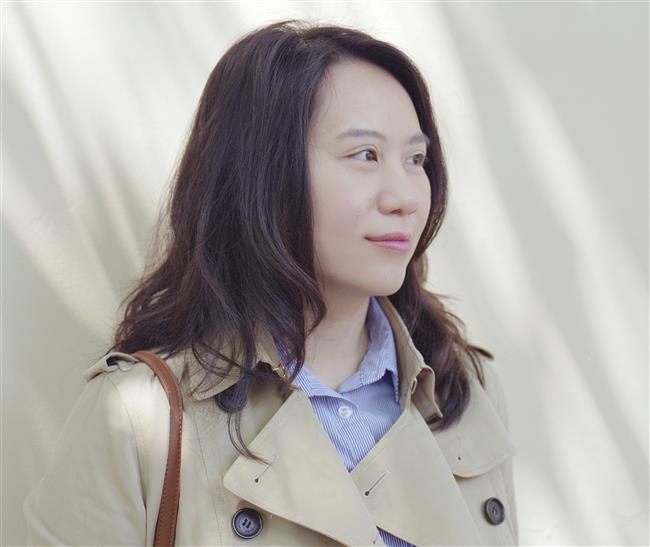 Q: What significance does Kunqu Opera have in contemporary times?

A: Well-known as “the mother of traditional Chinese operas,” Kunqu lays a solid foundation for other types of Chinese musical theater, for which it has a profound influence in terms of text, music and forms.

From Kunqu, therefore, we can acquire a better understanding of the evolution of other theatrical forms in China.

Also, as a theatrical genre that witnesses the vicissitudes of historical and modern China, Kunqu offers a distinctive cultural perspective for us to comprehend the development of the nation and also how its citizens negotiate national identities through the genre in contemporary times.

Q: You talk about operatic China and cultural China in your lecture. Can you elaborate?

A: Either cultural or operatic China refers to global citizens who are connected by Chinese culture or more narrowly by traditional Chinese operas. These terms are coined by scholar Daphne Lei and Tu Wei-ming respectively along the line of “imagined communities” proposed by Benedict Anderson.

Anderson depicts a nation as a socially constructed community, imagined by the people who perceive themselves as part of that group.

In other words, the boundary of a nation is not only limited to what is geographically shown on the map, but indeed imagined and undefined, encompassing overseas diaspora, immigrants and individuals related to a nation by any means.

Q: What information do you think an amateur listener can get from a Kunqu play?

A: With its vivid lyrical expression and refined movement stylized by the music, Kunqu creates a space for imagination, where one can relate to his/her personal experience at a certain point in the past.

Being one of the oldest-existing forms of traditional Chinese theater, it certainly carries a lot of the DNA of being Chinese, such as customs, traditions and social values. As the Chinese idiom goes, “Though the music ended long ago, it still lingers in the mind.”

Q: What do you have in mind to preserve or keep Kunqu the closest to its root?

A: I am initiating various public talks in Shanghai to introduce the basics of Kunqu music, especially bangu and qudi (Chinese bamboo flute).

I am also carrying out a series of reading roundtables on Kunqu publications and art salons to introduce sound, music and body movements of the genre.

Next year, I will perform with composer Chris Wu in “Tango in Chinese Momentum,” a concert that I curate, featuring Kunqu luogu and Piazzolla’s two-piano work. Meanwhile, I am curating an exhibition to illustrate the first impression of contemporary artists toward Kunqu and its music.