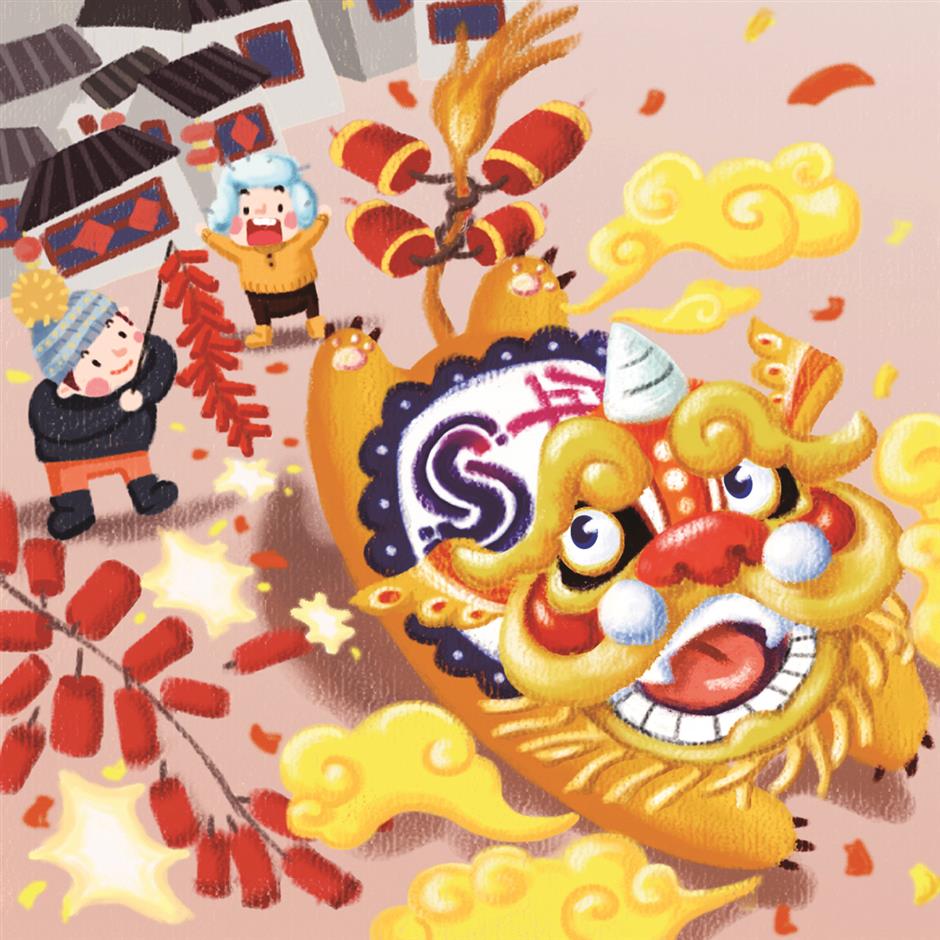 There are a great variety of activities and customary practices associated with the festival, such as nianyefan: New Year’s Eve family dinner, posting Spring Festival couplets, setting off firecrackers, paying New Year’s visits, offering hongbao, or red envelopes containing gift money and staging dragon and lion dances and other performances.

Every year in the past several decades China has been witness to the world’s largest annual human migration as hundreds of millions of people rush home for family reunions and to celebrate the Spring Festival or Chinese New Year.

During the 40-day 2018 Spring Festival travel rush, also known as chunyun in Chinese, travelers in the country made more than 2.98 billion trips, according to the official statistics.

It goes without saying that the Spring Festival is the most important annual celebration for Chinese people. According to historical records, the festival dates back more than 4,000 years ago when the ancient Chinese picked the second new moon after winter solstice as the beginning of the Lunar New Year.

However, at first, the festival had different names during different dynasties and historical periods, such as shangri, yuanri, yuanchen and yuandan, which all mean the beginning of a new year.

It was not until the early years of the last century that the festival was officially named the Spring Festival, which usually starts in late January to mid-February in the Gregorian calendar. And the festival lasts from chuxi, or the Chinese New Year’s Eve, to the Lantern Festival, which falls on the 15th day of the first lunar month.

There are a great variety of activities and customary practices associated with the festival, such as nianyefan: New Year’s Eve family dinner, posting Spring Festival couplets, setting off firecrackers, paying New Year’s visits, offering hongbao, or red envelopes containing gift money and staging dragon and lion dances and other performances.

Among them, the New Year’s Eve family dinner is the most essential. It is the biggest occasion for family members to gather and eat a big meal together. No matter how far away you are, one must try his or her very best to return home for the annual reunion dinner that night.

In the northern part of the country, people usually make jiaozi, or dumplings after the dinner and eat around midnight. This is probably because the northerners love wheaten food. The shape of jiaozi also resembles that of Chinese yuanbao, or silver or gold ingot, a symbol of wealth.

In the south, however, people tend to have sumptuous family banquets with countless dishes. They also make glutinous rice cake, called niangao or New Year cake, which sounds like a Chinese phrase of “getting better year after year.”

Many believe that the custom of posting red Spring Festival couplets and setting off firecrackers came from a folklore about “Nian,” a fierce monster living in the mountains.

According to legend, Nian usually ate small animals in the mountains, but at midnight on Chinese New Year’s Eve, the monster would attack villages, eat livestock and people as well. Some people feigned death to avoid the attack, but Nian would return to the villages on the same night to eat more locals.

People were so scared of the monster that they called New Year’s Eve “nianguan,” or the year-end gate of death.

Later, a Taoist monk found out that Nian was afraid of red colors and loud sounds, so he taught villagers to post red couplets on their doors and set off firecrackers to scare the monster. It worked and since then it has become a Spring Festival tradition for people to post red couplets and set off firecrackers. The couplets always bear auspicious words or popular lines from Chinese poems and proses.

Meanwhile, people also tend to decorate their homes with New Year paintings as part of the festival celebration.

New Year painting has a history of nearly 2,000 years in China. Some say it originates from the “Door God” painting people used to place on their doors to fend off evil and protect their homes. Later, however, it became a tradition for people to paste colorful paintings on their doors, walls, windows, stoves and wardrobes right before the arrival of the Spring Festival. It was a way of saying goodbye to the passing year and ushering in of a prosperous new year. 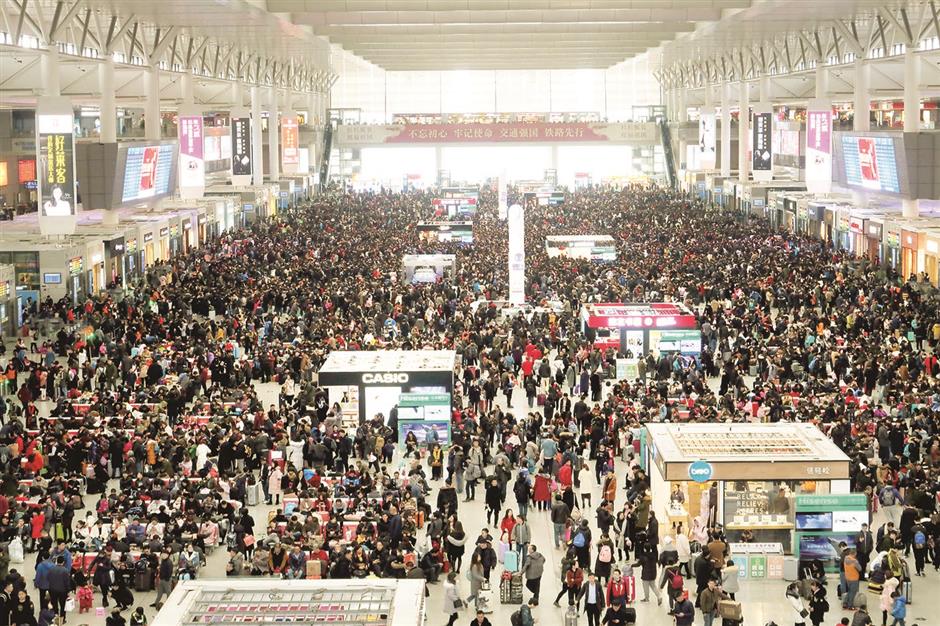 Travelers wait to go home by train at the Hongqiao Railway Station during the 2018 Spring Festival travel rush, also known as chunyun in Chinese.

There are a number of famed New Year painting production towns and villages across the country.

Among them, Yangliuqing is generally considered the leading producer for its well-preserved tradition and long history.

The Spring Festival is certainly the most exciting tradition for children.

They can not only eat delicate food, wear new clothes, watch all kinds of performances and set off firecrackers, but also they will receive red envelopes from their parents and senior relatives.

The red envelope contains New Year gift money or lucky money, called yasuiqian in Chinese, which means literally money for warding off evil spirits because the Chinese character “岁”(year) in the phrase is homonymous to the character “祟”— evil.

At the beginning the red envelope was meant to protect children from sickness and misfortune in the New Year.

On Chinese New Year’s Eve, parents would put some money into red envelopes or packets and place them underneath the pillows of their sleeping children, just like Western parents put Christmas gifts for their children in red stockings at the end of their beds.

During the festival, wherever children go and pay New Year visits to senior relatives, they will also receive red envelopes.

By the end of the 15-day Spring Festival holiday, some children could have collected a small fortune.

Now, red envelopes sometimes are also given to the elderly to wish them good health and longevity.

Since 1983, China Central Television (CCTV) has broadcast a variety show called the Spring Festival Gala on Chinese New Year’s Eve. It attracts more than 700 million viewers, the largest audience of any entertainment TV show in the world.

Watching the CCTV’s Spring Festival Gala Evening program has now become a new ritual for most Chinese, both at home and abroad, to celebrate the festival.

In 2006 the Spring Festival was inscribed on the country’s first list of national intangible cultural heritages.