A gifted creator of ceramics as modern art

Concert halls, historic buildings, Metro stations. So many sites in Shanghai bear the artistic touch of Jiang Guoxing, a pioneer in applying ceramic art to architecture.

Born in the Jiangsu Province city of Yixing, a cradle of ceramics in China, 53-year-old Jiang is internationally known for his trailblazing contributions to the adornment of buildings and public spaces.

“My dream is that my ceramic artworks will accompany tourists in Shanghai throughout their stay,” he says.

For his achievements, Jiang was named a “Shanghai Standout,” an honor recognizing excellence in the workplace. 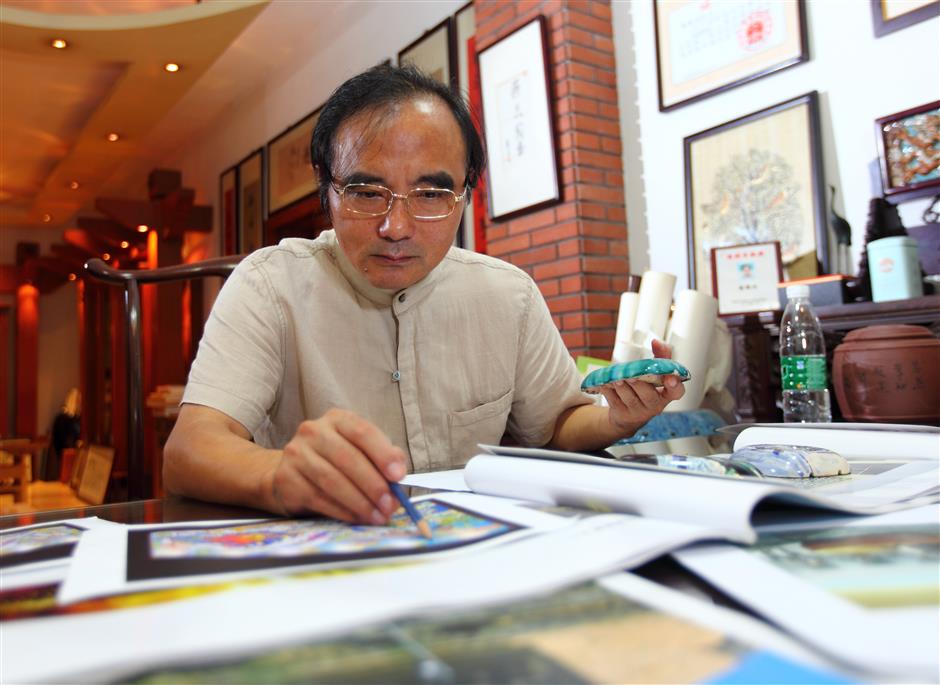 Jiang Guoxing is known for his pioneering contributions to the adornment of buildings and public spaces.

Like many young men from his hometown, Jiang started to work in a pottery factory in the mid-1980s. He was assigned one of the hardest jobs — stacking ceramic pots for shipping. The piles could rise as high as three meters, he remembered.

Later he worked as a quality inspector of ceramic flowerpots, teapots, vats and casseroles, and then as a salesman for a ceramics company in Shanghai.

In the 1990s, as private businesses began to flourish, Jiang decided to set out on his own. He gradually made a name for himself.

A pivotal point in his career came in 2002, when the Shanghai Concert Hall, an old building in the city center, was moved 66 meters from its original site.

Jiang was entrusted to restore damaged wall tiles to their original look. He devised a method to fire semi-finished tiles with a mixture of incense ashes, the gelatin of Chinese sticky rice and alum. The results were stunning.

Jiang would later lead his team in restoring decorative ceramics on the facades of a group of historic buildings in Waitanyuan on the North Bund.

His first international success also came in 2002 when he teamed up with French architect Paul Andreu to design the wall ceramic wall in the hall of the Shanghai Oriental Art Center. 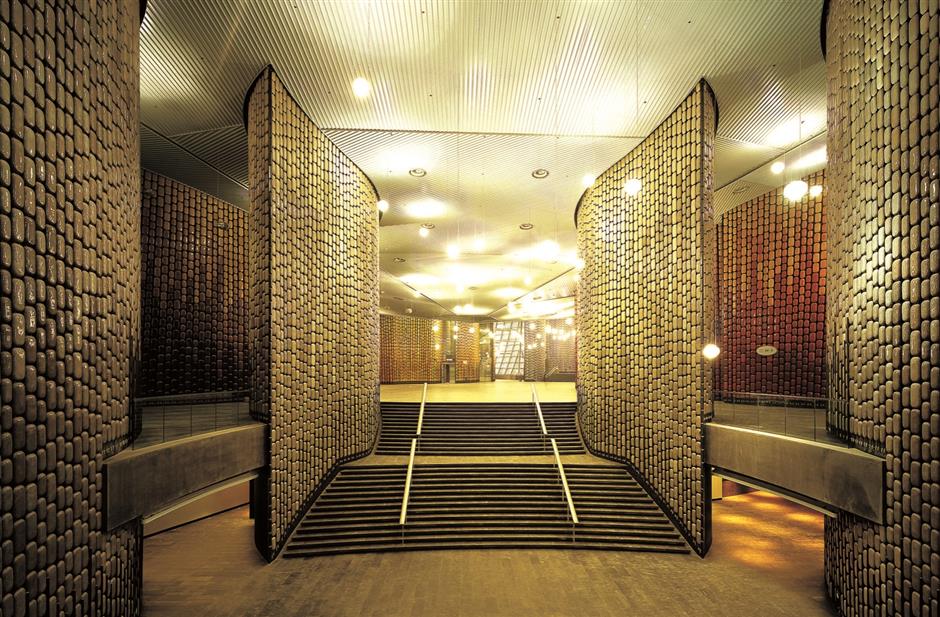 Jiang says the installation was inspired by Andreu’s imagination and by an ancient Chinese folk art that originated in Yixing.

In his hometown, many rural households hang purple-clay couplets of auspicious Chinese words outside their doors, but those couplets are usually hung with hemp rope and aren’t colored.

“Our ceramic plates are of the same size as of clay couplets,” Jiang says. “But they have the advantage of being stronger in texture, environmentally friendly, less susceptible to damage from heat and water, and highly soundproof. They can be made in very expressive colors and patterns.”

By December 2003, Jiang’s team had finished producing 140,000 ceramic plates for the art center. The entire installation, a first in the world, was completed the next year.

This project yielded 16 patents for Jiang, though his “secrets” were later shared on the Internet and published in a book.

“These techniques can be applied by anyone, but it’s my original ideas that no one can take,” Jiang says.

He often locks himself in his studio for days or weeks on end while working out the details of a project. He also visits places and people related to locations or themes of a project to generate ideas.

One of Jiang’s proudest works is a ceramic ware 22 meters long and 4 meters tall that decorates part of the first floor of the Shanghai Tower, a landmark building in the financial area of Lujiazui in the Pudong New Area. 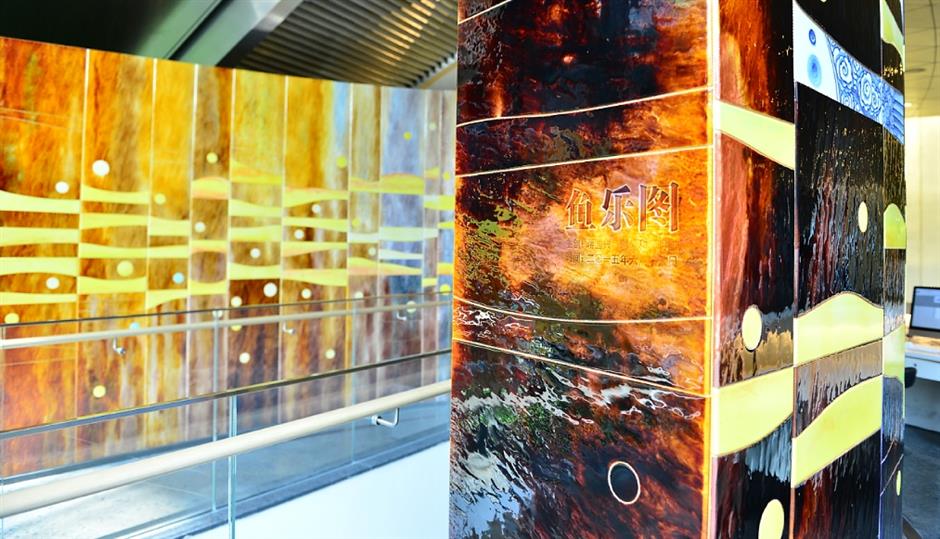 The work, comprised of up of 2,015 colorful ceramic plates painted with the artistic images of fish, was completed in cooperation with 11 top ceramic artists from all over China, who applied different ceramic techniques in the work.

“Through this work I wanted to express my gratitude to the city of Shanghai, which has given me so many opportunities to explore ceramic art,” Jiang says. “Lucky people like me are just like those fish that swim in the vast ocean of opportunities here.”

Jiang says his artistic inspirations largely come from everyday life. That was certainly the case in the installation of a pile of pottery jars done for the InterContinental Shanghai Expo hotel. Perhaps thinking back on early days in the pottery factory, he entitled it “Passion for a Ceramic Dream.”

“Now that my dreams are coming true, I feel that I’m still a humble clay ball in a farm field somewhere in my hometown,” says the artist.