Xiao Jin, or Director Jin, used to be the soul of M50. As its founder, Jin Weidong entered the local fabric factory in 1985. Perhaps at that time, he didn’t expect his future career would be related to art.

When he was assigned by the factory to turn a cluster of abandoned warehouses into an industrial creative park, he was lucky to encounter artist Xue Song who sparked his thought of M50.

It almost seemed mission impossible for Jin, who lacked an artistic background. However, his social skills plus a passionate heart to build an “art icon” for the city helped him to develop his social web in the art community, which laid a solid base for M50.

Though Jin has left M50, his name is carved in its development. 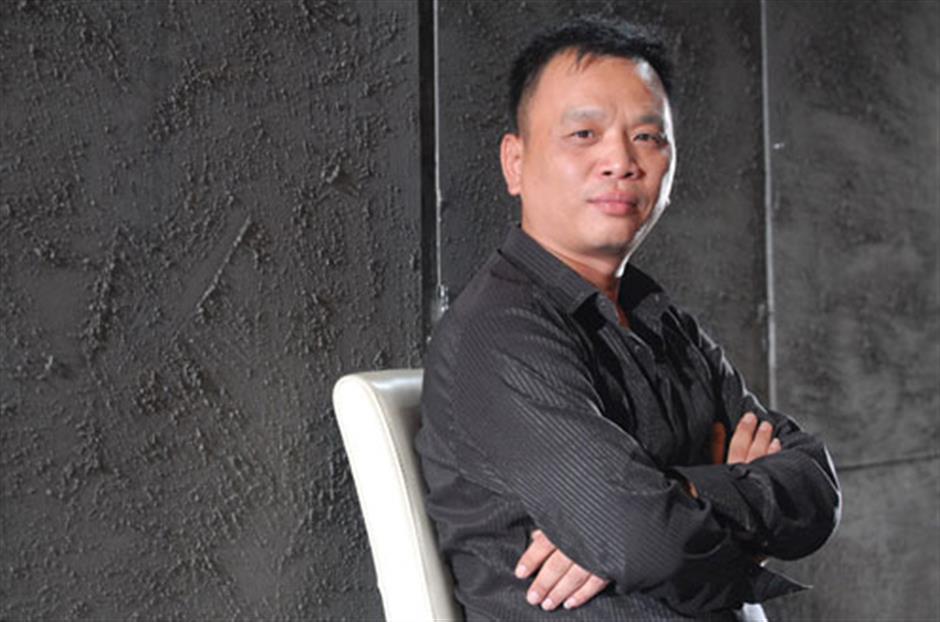 Xiao Jin, or Director Jin, was the soul of M50, founding the art hub after assigned to transform abandoned warehouses.

Q: What was your first idea toward the development of the area?

A: M50 used to be a fabric factory that was closed in 1999 due to the industrial reconstructing. Because of the special background, the fabric group planned to build an intelligent industrial park. I came to M50 in 2002, apparently at that time only M50 still retained a cluster of old buildings and warehouses from the last century along Suzhou Creek. So I thought it was better to keep them. But how to protect them and what was the next step puzzled me.

Q: Do you still remember the first artist you approached for M50?

A: The first artist I encountered was Xue Song and he was the only artist at M50 at that time. He had his studio there in 2001. During that period, I often frequented M50, and I got to know Xue. He told me that he moved here because it was close to his home and the old warehouse was perfect for his creations. During that period, I preferred to visit his studio and we always chatted. Xue told me many things related with art and culture, and also the need to search for appropriate space for local galleries and artists. Later I was introduced by one artist who introduced me to another. Finally I signed a renewal contract with Xue, which was quite meaningful for M50.

It was at the beginning of June 2002 that ShangART Gallery decided to move in after several months of communication. But on June 30, I received a call from Lorenz Helbling, the owner of ShanghART, saying that he couldn’t sign the contract with me especially considering the risk of demolition of the whole area and the big budget in renovating these old warehouses. I persuaded him to drop his concerns and talked to other artists such as Ding Yi and Zhang Enli. Guess what, Lorenz finally agreed. 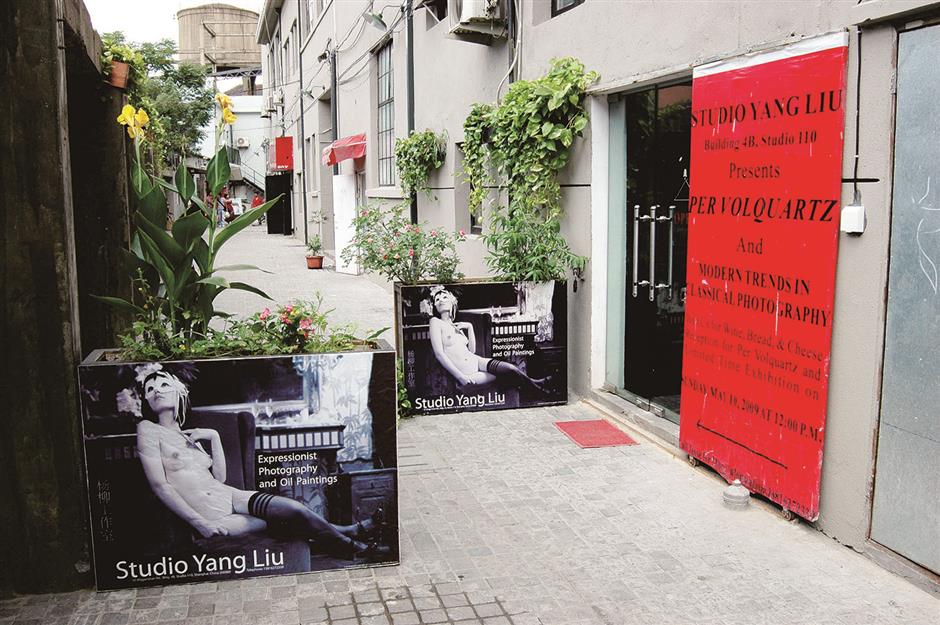 A 2010 photo shows artist Yang Liu’s studio at M50, today home to a cluster of art galleries and artists’ studios active in the Shanghai art scene.

Q: Did you have a clear view of M50, or it was formed later by the strong interest from the local artists?

A: It was quite clear during the whole process. In my eyes, such process was not long, but instead quite short. It took us two years to remove the old tenants. In 2004, we invited some professional designers to make a strategic plan for the future development of M50.

Q: What was the reason for the attraction of M50 to the artists, was it merely because of the cheap rent?

A: It was only a part of the reason, but not the major reason. The particularity of the buildings in M50 plus the enriched “content” inside actually attracted the artists.

We discussed a lot with the artists to see how our environment could be improved, what kind of image that we wanted to conjure up in front of the public, and even what kind of activities that could draw more ordinary people to come.

Q: Many artists now still remember Director Jin, but as a person who was not much involved in the local art community, did you have any difficulty when communicating with the artists?

A: Oh, I am greatly flattered. Actually I didn’t feel any difficulty or challenge. For me, the job was quite interesting. Sometimes I would approach the artists to see if we could brainstorm some ideas to liven up the atmosphere of M50. 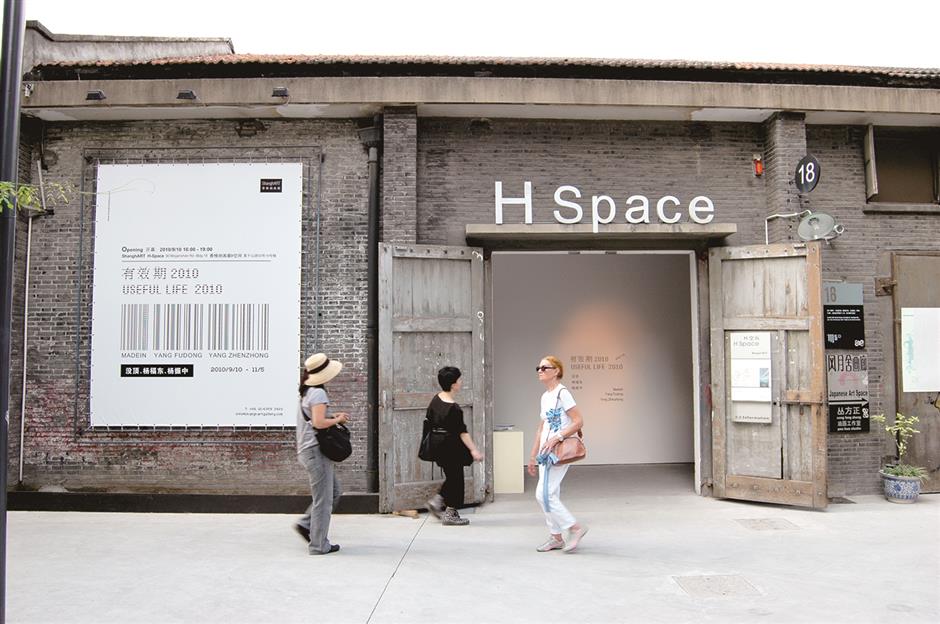 H Space is one of the galleries to have made the M50 art hub its home.

Q: Because of the success of M50, there have been other places that try to copy the same concept, do you think this is a trend for those abandoned factories?

A: I always believe irreplicability is the value of a brand. The so-called “copying” is only on the surface, like one could never reproduce a soul.

Q: Do you feel regretful about leaving M50? Some say that M50 is no longer so hot and popular than when you were there, what’s your view?

A: Sure, I am regretful, because there are lots of things I haven’t done or should have done better. I hope that M50 could become better and better, because I was once part of it.

Q:  If you were able to go back to the past, what kind of things would you do?

A: Oh, I might have got involved in more activities, ranging from art center, art museum, art fair to artist residencies and art derivatives. But can I go back?