The Zhengguo Canal: from sabotage to water of life 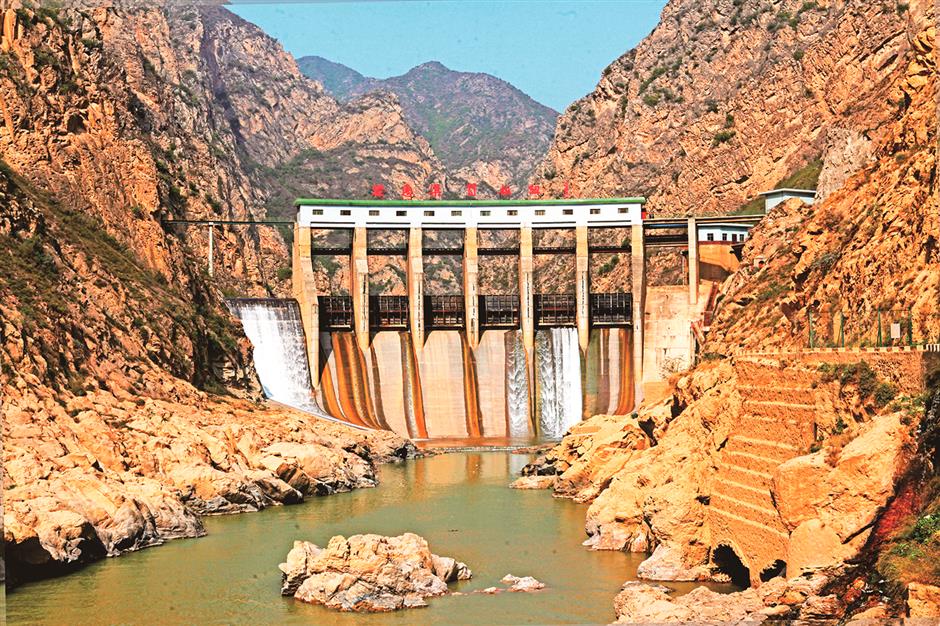 The Zhengguo Canal was listed on the International Commission on Irrigation and Drainage’s list of World’s Heritage Irrigation Structures in 2016.

The Zhengguo Canal, an ancient irrigation work, was initially a sabotage plot to drain the ancient Qin Kingdom’s resources to prevent it attacking its neighbors.

But the Qin realized what was happening, they took over the canal and used it to irrigate thousands of square kilometers of farmland.

Their prosperity helped them eventually unite China for the first time.

The canal in Shaanxi Province has been continually developed over the centuries and still plays a vital role.

It was listed on the International Commission on Irrigation and Drainage’s list of World’s Heritage Irrigation Structures in 2016.

Zheng Guo, the spy who initiated the project in the first place, is widely regarded as a great designer of water conservation projects.

A popular Chinese rhyme on the Guanzhong Plain, which the canal irrigates, goes:

“The winding Jinghe River dashes out of the river valley, enters the Canal, and thus waters boundless fertile land.

“That is the favor of Zhengguo whom we should never forget.”

The canal is one of the three biggest water conservation projects before the Qin Dynasty (221-206 BC).

The others were the Dujiangyan Irrigation System in Sichuan Province, constructed around 256 BC and the Lingqu Canal in the Guangxi Zhuang Autonomous Region which was constructed about 214 BC.

What was to become the Zhengguo Canal was completed during the Warring States Period (476-221 BC) and irrigate about 187,600 square kilometers.

The water from the Jingshui River not only irrigates the once barren lands around the canal, but also helps reduce the salinity of the soil there and improve crop output.

The average output per mu (about 667 square meters) was about 100 kilograms in the irrigated lands — about four times that of most lands around the middle reaches of the Yellow River at that time.

As written in the “Shi Ji” (Historical Records) by Sima Qian during the Han Dynasty (202 BC-AD 220) : “Thus Guanzhong became a fertile land without calamitous year.”

The Qin Kingdom grew increasingly rich and mighty thanks to the canal, and thus defeated all other kingdoms eventually and united China.

Yet, the amazing water conservancy project benefiting both the nation and the people was initially a plot by an enemy power to defeat the Qin Kingdom. And the great engineer Zheng Guo was actually a spy.

With the Qin Kingdom rising in the west, Zheng Guo from the Han Kingdom was sent as a water engineer to convince the king of Qin to start the mammoth project, so as to dissipate its power and thus prevent the Qin from attacking eastwards.

In 246 BC, Qinshihuang, the emperor who later started the Qin Dynasty, took Zheng’s advice and ordered the construction of the canal supposed to irrigate the fields.

Yet, the real purpose was exposed when the canal was half completed. The king of Qin intended to kill Zheng. Zheng replied sincerely that although he had indeed come as a spy, the canal that he was building would eventually bring great benefit to the Qin Kingdom.

The canal might help prolong the Han Kingdom’s survival for years, but it would have an even bigger and lasting benefit for the Qin.

The plan to drain the resources of the Qin Kingdom turned out to help the Qin gain abundant additional agricultural land, providing the kingdom with sufficient resources to increase the size of its already massive armies.

The more than 300-li (150-kilometer) canal connects the Jingshui River and Luoshui River, northern tributaries of the Weihe River.

Based on the landform of Guanzhong Plain — high in the northwest and low in the southeast — the canal was set on a west-to-east ridge of the plain, which makes gravity irrigation covering a vast region possible.

A 6-kilometer-long, 20-meter-wide and 5-meter-high aqueduct was made to connect the canal and its feeder mouth at Hukou, west of Zhongshan Mountain.

To ensure enough water, the canal was designed to cross a number of small rivers that replenished its water. And some drained river beds in the lower reaches were turned into fertile farmland.

The average slope of the Zhengguo Canal was only 0.64 percent, which was amazing for a water conservation project in those days.

The construction of the Zhengguo Canal was one of the biggest engineering projects 2,000 years ago.

It was not an easy job, but the widespread use of iron tools at the time made it possible.

Historical records show more than 100,000 workers participated in the construction and it took them 10 years to finally complete it in 236 BC.

But the Jingshui River flows slowly and is heavy with sand, so the canal was frequently blocked.

By the Han Dynasty, much of the canal had silted up and only a small section was still flowing.

Under the supervision of engineer Bai Gong, a new canal was cut in 95 BC for irrigation and for the next 200 years, re-cutting and moving the canal’s feeder mouth upstream of the Jing River became a pattern as silt built up and river bed deepened, diminishing water flow and the efficiency of the system.

There have also been three major upgrades since 1949, continuously ensuring the canal remaining a major agricultural resource.

Some feeder mouths, channels and dams of the Zhengguo Canal can still be seen in Shaanxi Province, together with many stone tablets telling its story.

One of the widely-known relics lies in Miaokou Village in Yanliang County.

It is said that some of the senior villagers can still identify where the Zhengguo Canal crossed the Shichuan River.

A national water conservancy scenic spot was established about 40 kilometers north of Xianyang City, featuring both natural landscapes of the region as well as historical legacies.