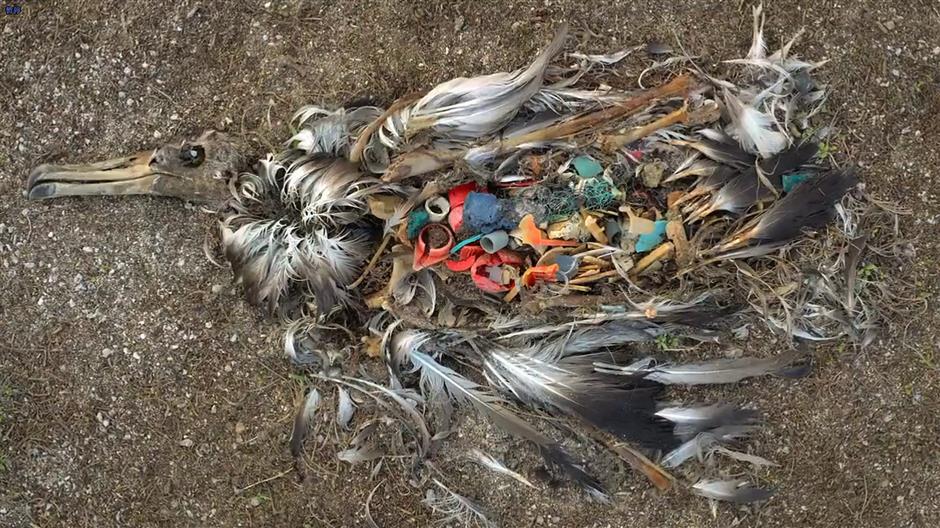 Plastic found in the stomach of a dead ocean bird

A new eco-documentary titled “A Plastic Ocean” is currently being screened at an exhibition “My Days without Plastic,” with an aim to warn society about the dangers of plastic pollution.

The movie documents the dangers posed by discarded plastic and shows disturbing footage of bottles floating in the sea, lying on the seabed and plastic found in the stomach of a dead seabird.

It follows Australian journalist Craig Leeson and freelance diver Tanya Streeter’s four-year trip to search for the blue whale. However, as they travel to several locations around the world, they discover the shocking truth about plastic pollution and the death it causes to the sea world.

As animals impacted from the plastic pollution are then eaten by humans, it also leads to severe human health problems.

Many urban white-collar workers order takeaway food yet are hardly aware of the threat posed by disposable plastic. And this is why the documentary is an important tool in educating consumers in waste disposal.

Netizen “Old Tang” says that “From knowing to acting, it’s just one simple step. Be the change.”

Many viewers say after watching the film that they will use more substitutes for plastics in daily life and decrease their orders in takeaway food.

Nitin Dani, founder and director of Green Initiatives, says that although our land and oceans are polluted, a large percentage of the population is still either unaware or simply doesn’t care about the problem.

“People forget that the sea-food consumed, salt they eat or the water they drink is also infested with plastics, most of which has originated from the very plastics they have carelessly disposed,” says Dani.

Many types of disposable plastics do not decompose for decades or even centuries.

Dani suggests people should focus on plastic alternatives and better materials that don’t stay in the planet “forever.”

“A better collection and recycling infrastructure needs to be promoted by businesses and supported by the government,” says Dani.

The film provides city dwellers an insight into the facts of how plastic waste is threatening oceans, marine animals and the health of human beings.

In addition to the film screening, the exhibition also displays an artistic whale installation and a series of photos.

White-collar workers to the exhibition are encouraged to stay away from single-use plastics, including straws, plastic bags, disposable cups, cutlery, and bottles.

According to Edwin Liu, deputy general manager of Shanghai Wheelock Square Development Ltd., the exhibition is a program of their initiative to promote a healthy, low-carbon and environmentally friendly lifestyle among white-collar workers.

Dani says the documentary film is expected to be screened more in Shanghai to reach a wider audience.

The results of the United Nations Environment Programme (UNEP) survey on June 30 this year showed that at least 67 countries and regions around the world have adopted restrictive measures to ban the production of plastic shopping bags and foam lunch boxes and other marine pollution.

In recent years, China has made much progress in waste management and the control of air pollution. But in the area of plastic pollution, it can still do better with more support of policies, laws and regulations. 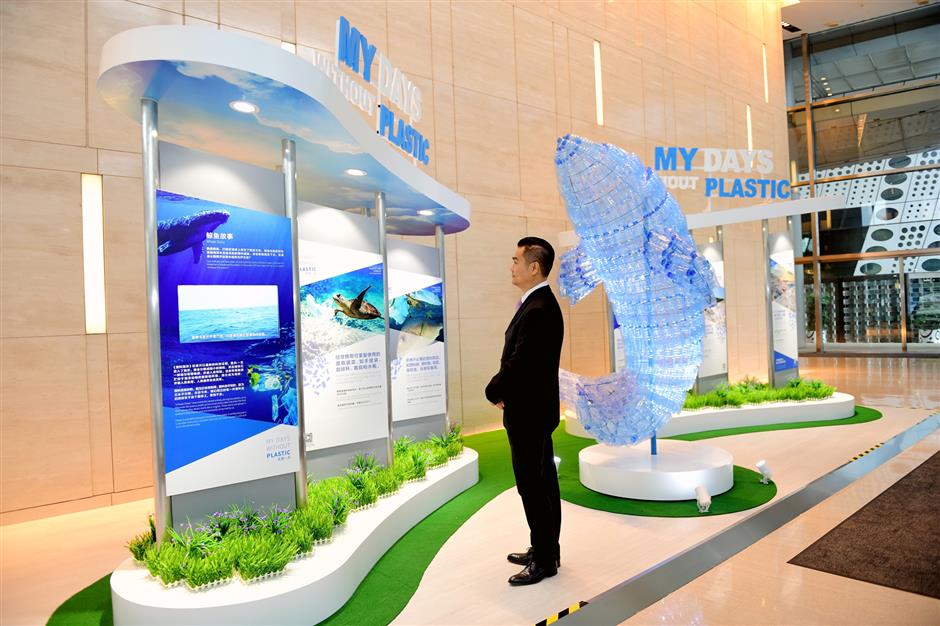 In addition to the film screening, the exhibition also displays an artistic whale installation and a series of photos.