The play as a living experience

Gele Mountain, in suburban Chongqing in southwest China, is said to be named after a grand celebration in ancient times. Chinese legend has it that when Da Yu, or Yu the Great and founder of China’s first dynasty, the Xia Dynasty (21st century-16th century BC), tamed rivers that flooded central and east China, he ordered a celebration feast on the mountain with singing, dancing and fun for a whole night.

Inspired by Da Yu’s efforts at sorting out the relationship between humans and nature, playwright Zhao Chuan wrote the outline for “The Gele Mountain,” a play which was performed at the site in May.

Zhao and his actors spent three days living and working in a pottery studio, firing pieces in a kiln. They later condensed their experience into a 3.5-hour play performed at the Chongqing Shifang Art Center.

Last week, the play was staged at a theater festival in the neighboring water town of Wuzhen.

“I’d rather take it as a living experience rather than a theatrical play — ‘The Gele Mountain’ is the common living experience of a few people over a couple of days. Whether it is a play or not doesn’t seem to matter that much. Whether you should be watching the play or those who were acting, the ones chopping the wood and firing the piece in the kiln, or the ones cooking and washing dishes, seems not that important, either,” art critic Zhang Xiaochuan wrote in a review. 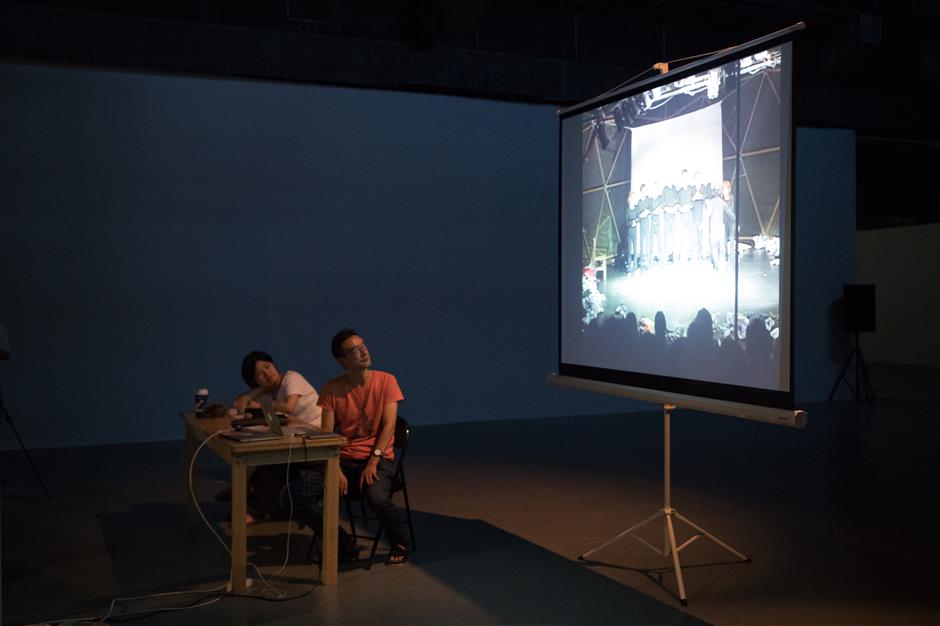 He has met many directors, playwrights and performers around Asia, especially at international theater festivals. “I’ve seen many inspirational experience, aesthetics and techniques, and I learn from them,” the Shanghai-based curator said, “which is why I want to build up a platform for wider exchanges and integrate different things.”

In 2016, he initiated the “Staging Alterity” project at Minsheng Art Museum, inviting established performers and artists from Europe and elsewhere. On its last day, they talked and shared ideas at a closed-door workshop. "At one point, they were at each other's throats," Zhao recalled, laughing. "It was fierce, but lots of fun."

Recently, he moved a step forward by bringing new blood to the second edition of the project at Shanghai Ming Contemporary Art Museum.

“It’s like a small theater festival. And they are young emerging artists, some are barely known, some immature, so there are uncertainties,” he said. 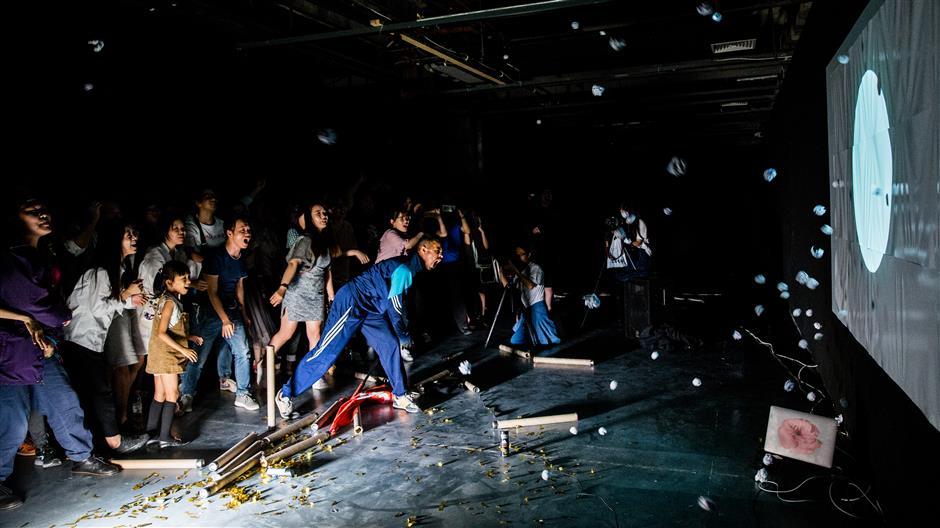 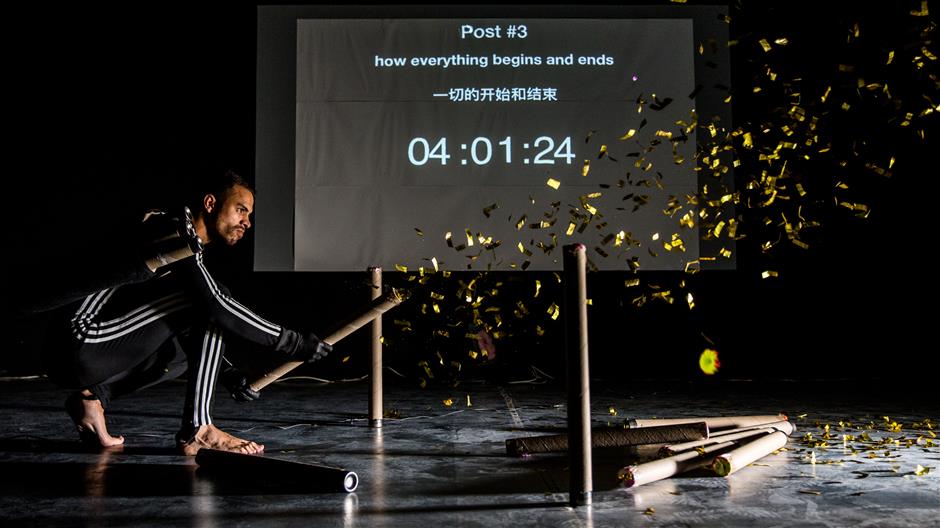 Steven Schoch from Basel in performance

Supported by Pro Helvetia Shanghai, Swiss Arts Council, the four-day event saw some 20 artists and troupes from home and abroad present 14 plays, along with speeches and a closed-door workshop.

“Artists are consumed most of the time. They get paid to give out what they have long accumulated. Whereas in this case, we hope the artists have a chance to get something, to associate with each other and play along,” Zhao said, referring to the workshop.

Instead of simply giving lectures, this year’s workshop gave artists and participants a chance to speak their minds and play out in a session of acting practice. “Even staff of Pro Helvetia joined us, jumping, shouting, crawling on the floor … The institution disappeared; we faced each other as human beings,” he said.

To him, the project was more of “an experimental field,” in which creations varied in aesthetics and methodology and experiences juxtaposed. “They (performances) differ in ways of creation and topics, but they involve social concerns,” Zhao said. 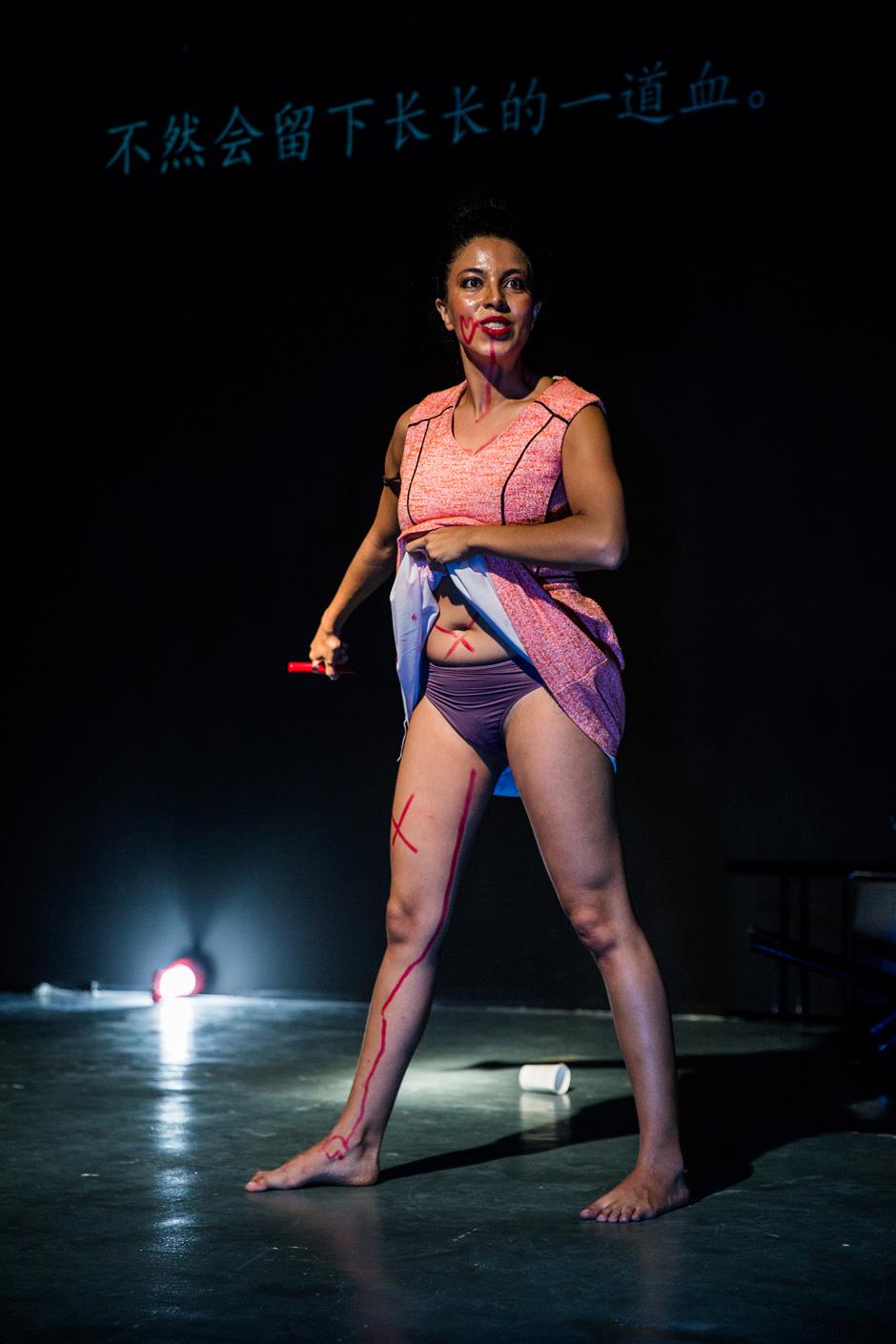 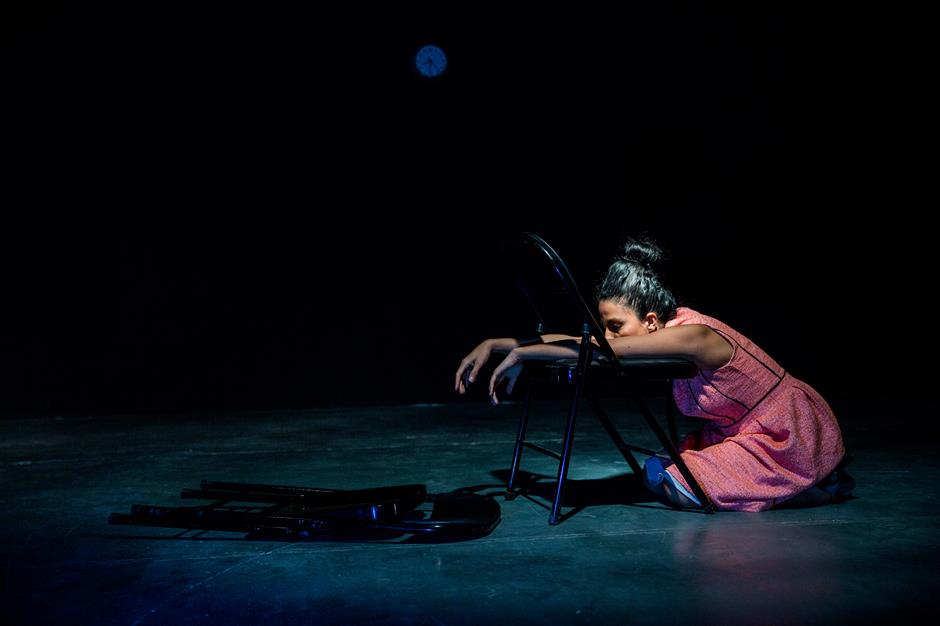 Steven Schoch from Basel, Switzerland, staged one of his performance series “Feed.” It reflects on the impact of politics and social media on individuals. Mexican artist Jessica Bastidas tapped the topic of immigration. She played a Mexican girl striving to settle in the United States, and her work showed the pressures on immigrants.

“If you noticed, the body languages have totally different textures. The European was somewhat restrained and precise, while the American was loose and free, which brought out different energy,” Zhao noted. “It’s quite interesting to see the tip of the iceberg through artistic creation and juxtaposing them together.”

One highly-applauded performances was “Skin” by Filipino choreographer and dancer Eisa Jocson. Trained as a visual artist and with a background in ballet, she won the title of 2010 Pole Art Champion in Manila. “Unlike Chinese graduates from ballet schools who have been moulded with the same doctrine, Eisa has much more distinctive body expressions,” Zhao said. 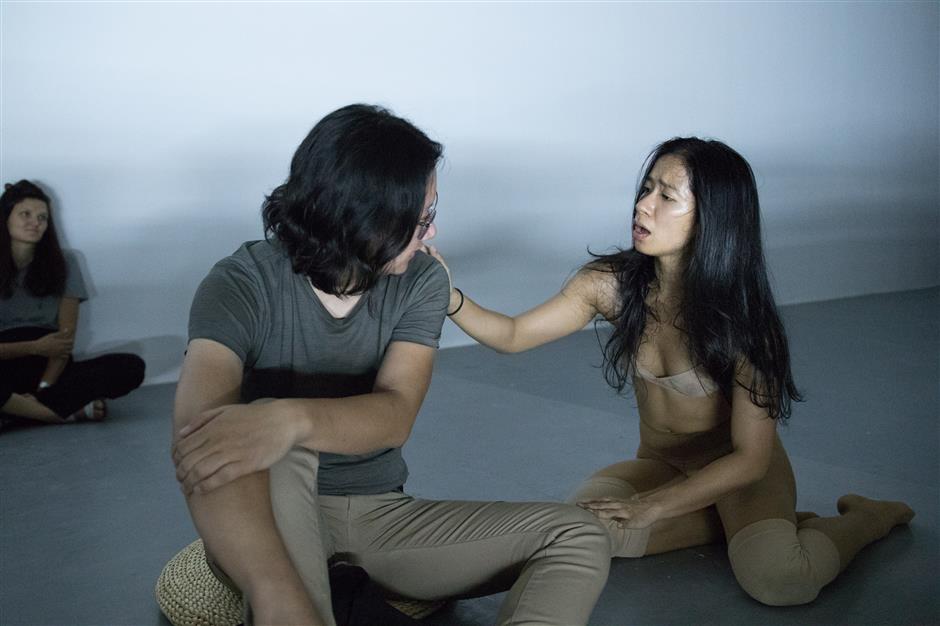 Filipino choreographer and dancer Eisa Jocson interacts with the audience. 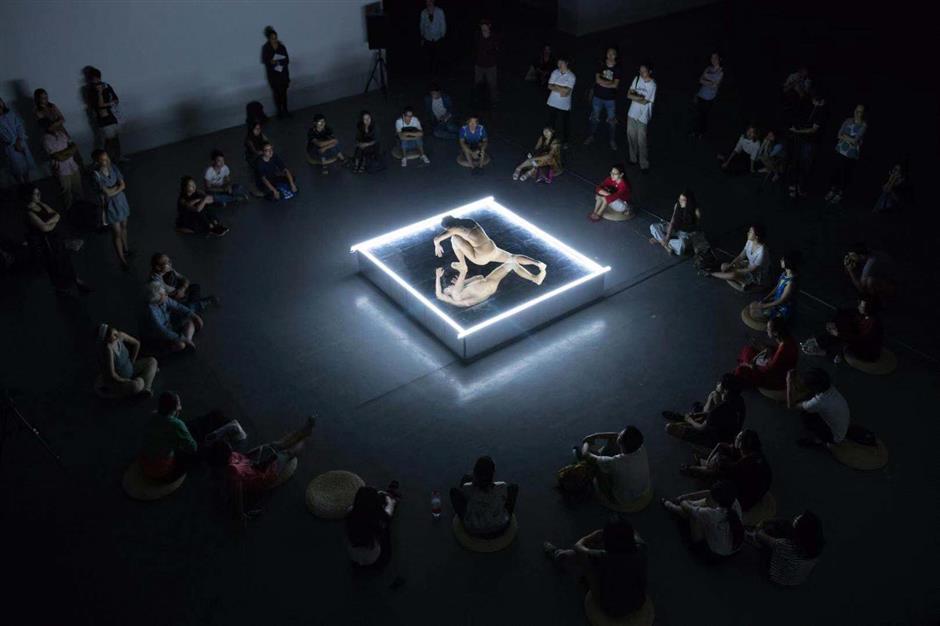 “Skin” is based on the macho dancing popular in Manila’s dance bars for gay men and older women. The artist tries to explore on topics of a dancing boy in the service industry, the exposition of identities and gender formation, and mobility of the bottom of society in the Philippines.

“The artists are young, and their works may be incomplete and immature, but there’s always something remarkable,” Zhao said. For him, it’s all the more crucial to have all the experiences and expression come under the same roof. “On the stage that we are ‘the other’ for each other, moments on the spot are the presences of different lives,” he wrote in a preface to the project.