Touch of the absurd about a vanishing city

The city of Shanghai in the lens of photographer Wang Yaodong is not the one we may be familiar with. He prefers black-and-white pictures to capture moments of neon glamor, cheap pettiness, dark street corners, absurd revelry and the dramatic, ironic transformation between yesterday and today.

“I love to wander aimlessly around the city and observe its people and their lives. Each time I explore those narrow lanes, decaying blocks or fancy CBDs, I feel it my lonely journey of soul and art,” Wang says.

His exhibition “A little absurd,” featuring 12 images of city scenes, is on display at the Ruipin Art Gallery in the M50 Creative Park through December 9.

Wang’s photos are often tinged with sadness, absurdity, humor or sarcasm. In one picture, a discarded rusty iron shelf leans against a large poster of six Disney princesses, which might imply a fairytale bubble pricked by cruel reality.

In another, a broken doll, reclining on an old sofa in a messy market, stares at the camera with her big black eye, presenting a sharp contrast between childhood innocence and worldly sophistication. In another photo, a plastic model’s body parts are scattered on a street, which somehow echoes with a car a few steps away, pulling over under a traffic sign saying “No Parking.” 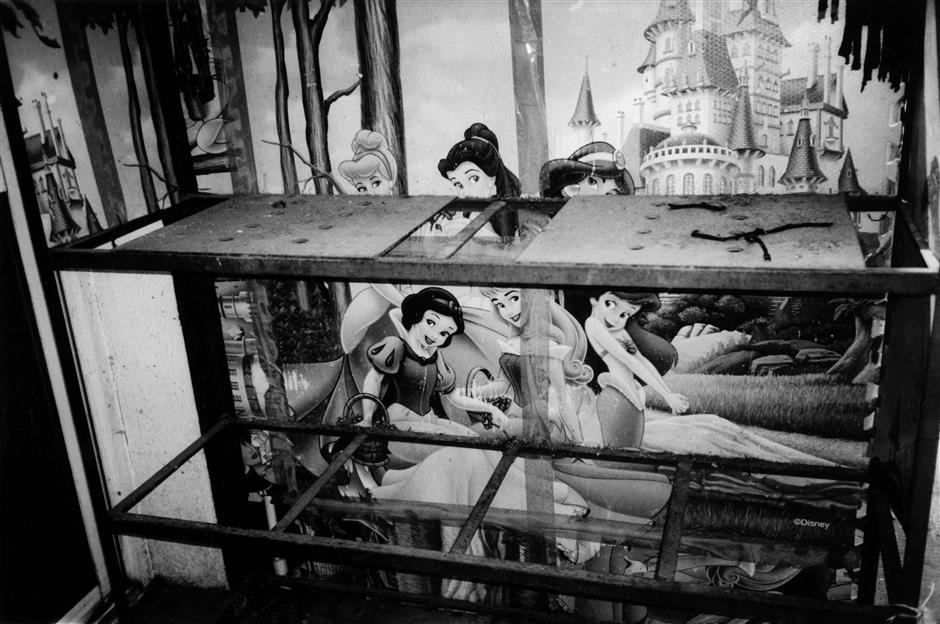 A rusty iron shelf leans against a large poster of six Disney princesses, which might imply a fairytale bubble pricked by cruel reality.

The photos on display were all taken on the streets of Shanghai between 2013 and 2015. Some rolls of film were stored in the fridge for one or two years before they were developed. “A few were spoilt and I just threw them away. There is no need for regret because it might have been their destiny to be discarded,” Wang says.

It takes risk and requires courage to shoot photos of strangers on the street. Wang is always alert to capture unguarded moments and shoot unnoticed. “Most of the time I only take one photo and I never ask people to pose for me,” he says. “If they notice what I’m doing, they won’t be acting naturally. They reject me and I just go away. That’s it.”

Wang first rose to fame as one of the founders of the legendary, epoch-making Beihemeng, Shanghai’s first grassroots fringe photography group in the early 1980s made up of amateurs from all walks of life.

Going against the mainstream at the time, their photography was untrained yet forceful and pioneering, exploring the inner spaces of human nature and the relationship between people and an evolving city.

The group held its first exhibition in 1986 in the basement of the Huaihai Cinema, attracting flocks of contemporary artists, poets, writers and painters and even French television, but not professional, mainstream photographers.

“Since then the basement became a sort of a popular salon. We drank coffee and talked about literature, art, music and some sensitive topics night after night,” Wang recalled. 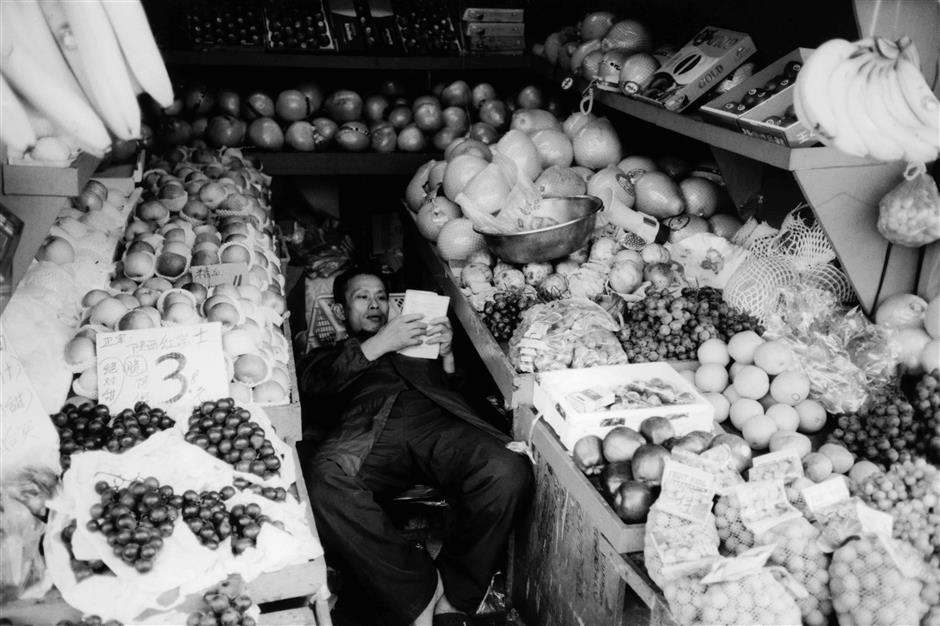 A fruit vendor on one of the city's streets finds time to relax.

He jokes he will never be accepted by the mainstream. In fact, he tends to distance himself from the mainstream, and his photos are different from their standards.

He likes to use metaphor in photography. He once took a picture of his friend, who was eating in the restaurant with a locked cupboard behind him. The face was blurred, while the lock was in sharp focus. “There are two metaphors — the blurry face for the mind and the lock for mental slavery. It suggested freedom of thought, quite pioneering 30 years ago,” Wang says. But this kind of photo was by no means accepted by the mainstream at the time when professionals only took pictures of landscapes or for political purposes. 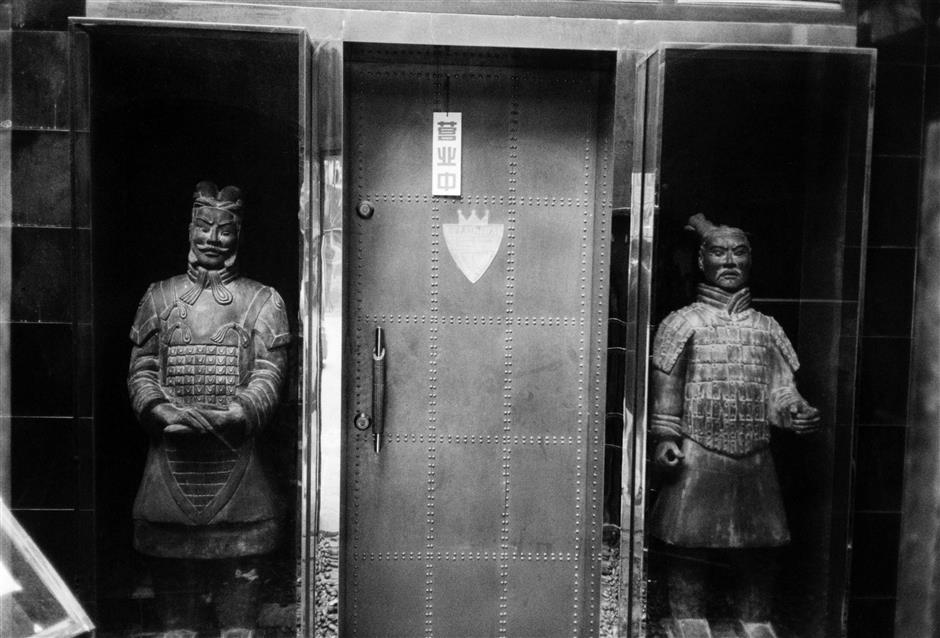 One of the biggest joys for Wang is to explore the city with a camera in hand. He once worked on a series — “Shanghai Collection” — of pictures of old architecture that was about to be demolished.

“I had this intuition in 1995 that the city was going to have dramatic changes and many things were to disappear,” he says. He usually worked at night as the lamplight created a view of the streets where unnecessary details were hidden in the dark.

“It was such a fabulous art piece,” Wang says. “The moment I pressed the shutter, I felt sad because they were all demolished later just as I thought.” 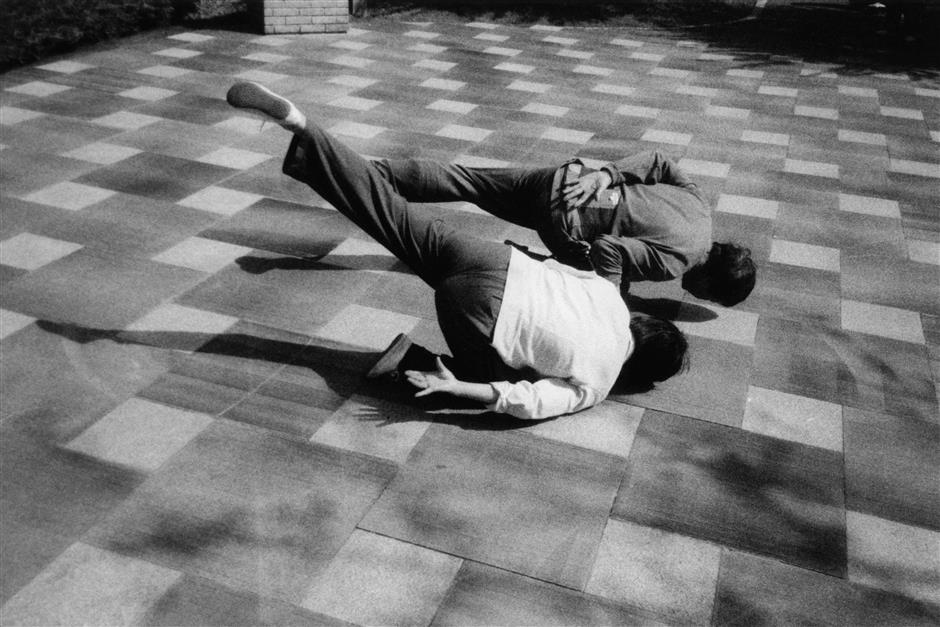 A moment in time captured by Wang's inquiring lens

The Shanghai World Expo in 2010 was a dividing line for the photographer. “Buildings were torn down and mushrooming overnight; debris and new malls existed together, so abrupt and dramatic. It was worthwhile to ruminate over these great changes,” he says.

Wang doesn’t consider himself a dewy-eyed nostalgic, and doesn’t want to turn back the clock, but he feels cities are now growing to be the same and similarly boring.

“There is less and less that I can shoot — the same-looking neighborhoods, shopping malls and signboards. Even the crowds, rich and poor, locals and outsiders, just look the same,” he says.

He still keeps taking photos of the city but in a more carefree way. He might spend a few hours in a street-corner coffee shop or enjoy a bowl of hot noodles in a small restaurant. “At least I harvest a good day,” he says with a smile. 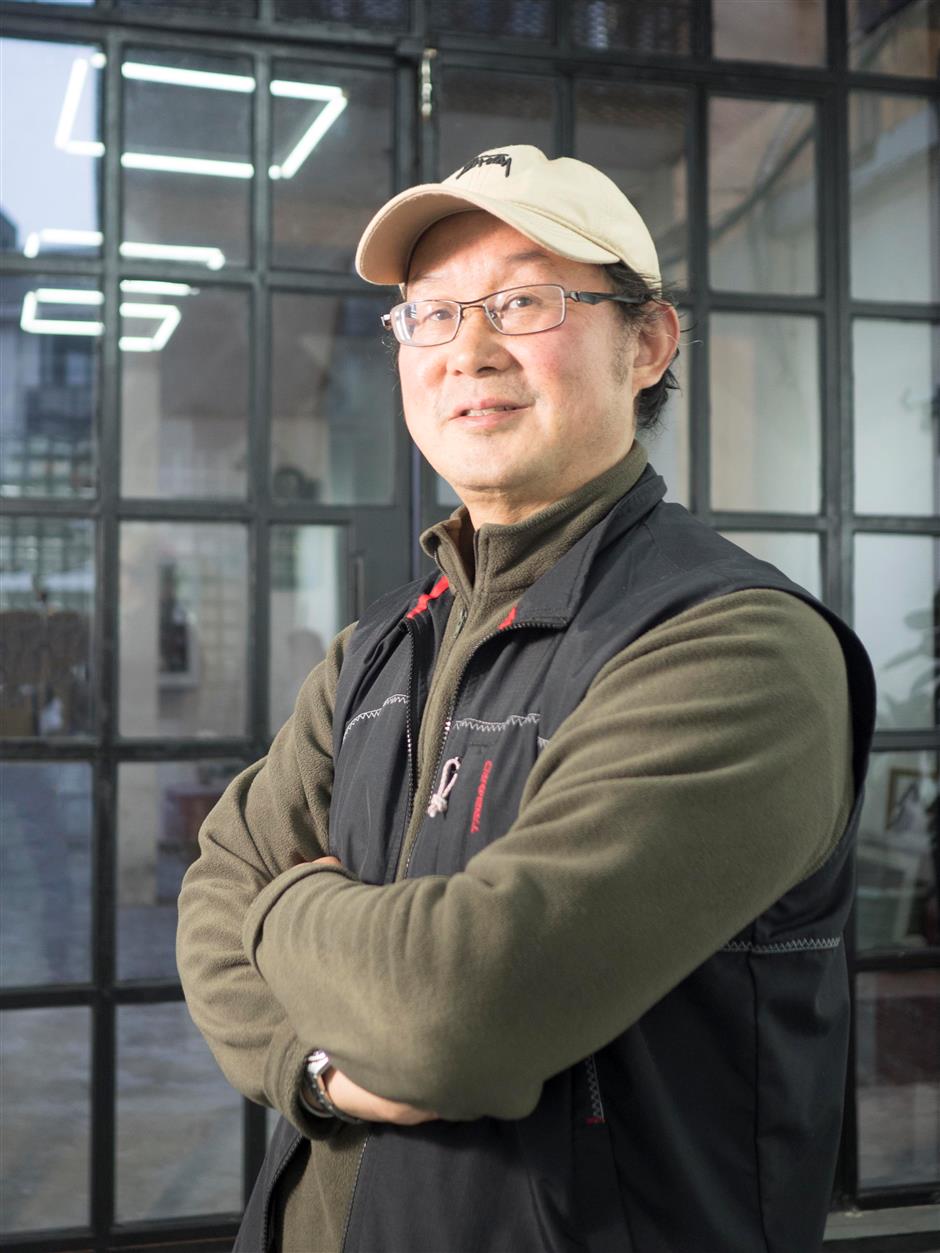