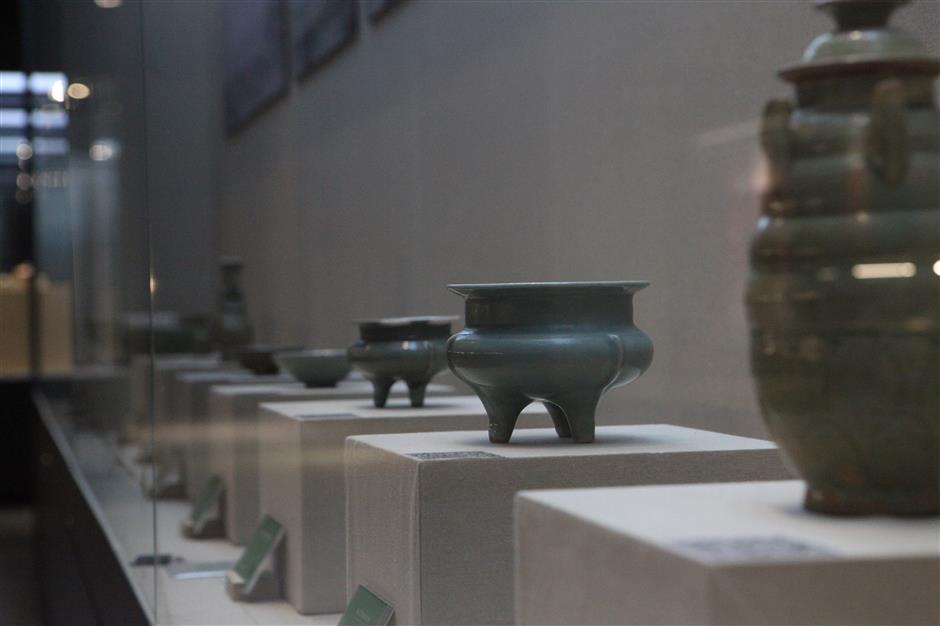 More than 100 pieces of celadon are on display at Longquan Celadon Museum.

An exhibition of precious millennia-old celadon is currently on display at Longquan Celadon Museum.

The celadon, from Longquan County in the middle of Zhejiang Province, had been housed in the royal courts throughout the dynasties before being transferred to the Palace Museum in Beijing in the 1920s. Now more than 100 pieces have been sent home on loan and will be on show until February 20, 2019.

In the glory days section, most of the 1,000-year-old exhibits came from Chen Wanli. As the father of Chinese porcelain archeology, Chen spent a large amount of time researching celadon during the 1930s and laid the foundation of Longquan’s historical status. The archeologist donated 136 celadon pieces to the Palace Museum.

Grayish-green glazed celadon was originally produced in the Han Dynasty (206 BC-AD 220). By increasing the firing temperature, the glaze finish became smooth and clean. During that period, most celadon designs derived from bronze and lacquer vessels and shared similar shapes and motifs, which were popular among members of the upper class and royal court.

In the Southern and Northern Dynasties (AD 420-581), techniques were largely boosted thanks to domestic cultural exchanges. Their varied firing technology enriched product varieties and formed a prosperous porcelain making industry.

The royal vessels section showcases celadon made from the Song Dynasty (960-1279) and Ming Dynasty (1368-1644), when the country’s economic center switched to present-day Zhejiang Province. Royal and folk kilns both developed rapidly, and firing techniques reached its heyday during this period.

In this epoch, the Longquan Kiln became the largest production center of porcelain. Craftsmen adjusted clay composition and glazing techniques to invent whitish-green and light-green varieties. 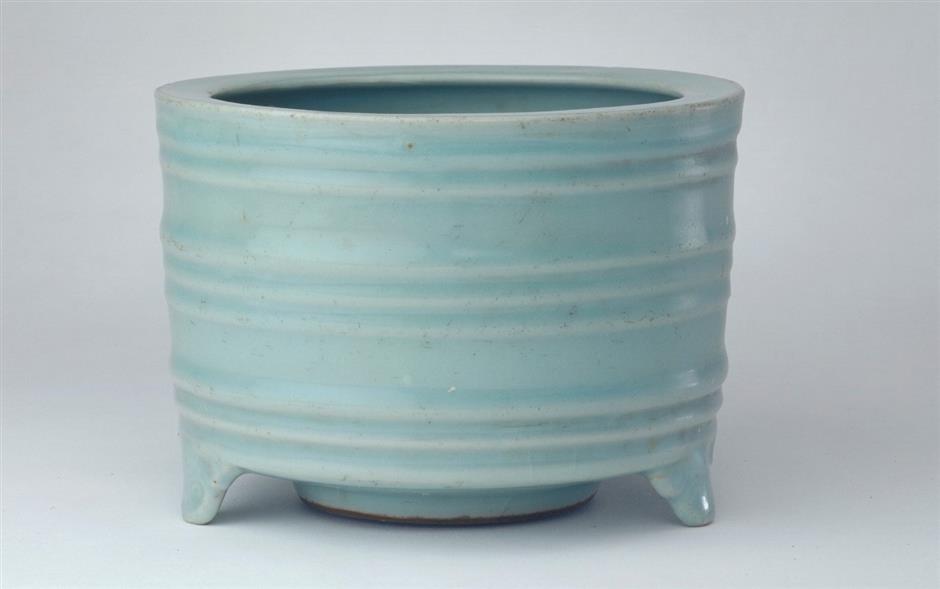 The Southern Song Dynasty (1127-1279) celadon dominates the exhibition. The elegant shapes and jade-like texture symbolize the peak of celadon-making techniques. The highlight is a vase imitating the shape of yucong (玉琮).

Yucong, or the cylindrical jadeware engraved with patterns of mythical creatures, is the epitome of Liangzhu-style artifacts. The shape symbolizes the orbits of the sun and moon in Liangzhu culture.

At the time, craftsmen created ornaments on the wares, endowing simple celadon wares with a different design. A displayed flat-bottom bowl was created with two symmetrical fish on the bottom. Traditionally, fish is considered auspicious and often taken as theme on handicrafts.

Among common celadon shapes, meiping (梅瓶) is one of the most popular types, as ancient people used it to display the branches of plum blossoms. It is tall with a narrow base spreading gracefully into a wide body, followed by a sharply-rounded shoulder, a short and narrow neck and a small opening. In the exhibition, a displayed meiping is ornamented with four layers of floral patterns. 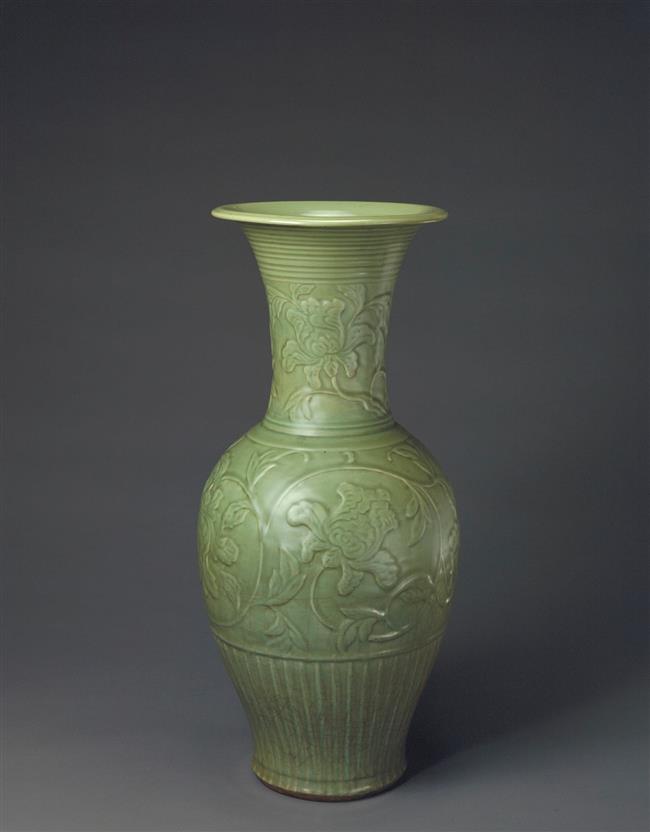 The Longquan Kiln continued to boom in the Yuan Dynasty (1279-1368). Along with social development, celadon was made into daily utensils, and the decoration methods and motifs were enriched.

In the Ming Dynasty (1368-1644), the Longquan Kiln still prospered as it produced celadon for the imperial family. The making and transportation process of tributes were kept secret and never revealed to ordinary people. According to the archives, around 211 pieces of Ming-style celadon were taken to the Forbidden City, now the Palace Museum.

The last section reveals a contrast between celadon unearthed from Longquan Kiln relic sites and protected ones in the Palace Museum. Archeological excavations show that hundreds of kilns sprang out within Longquan from the Song to Ming dynasties. Most of them were nestled along the area’s mother river, Ouhe River.

With the development of the ancient Maritime Silk Road, which linked China to the West, many of these items also spread abroad and found favor with foreign customers.

In order to meet the demand from the overseas market, the Longquan Kiln expanded its scale and integrated different firing techniques, which made it a giant in the world’s porcelain making industry.

In addition to the celadon exhibition, the 11th China Ceramic Art Exhibition was also held in Longquan city recently. As the biggest event of China’s porcelain industry, it attracted more than 3,300 designed ceramics from 120 institutes and organizations.

Admission: Free for Longquan natives and 30 yuan (US$4.3) for out-of-town visitors