Tale of old Chinese man's will to move mountains is legend

WHILE most ancient people considered it almost a mission impossible to alter the natural landscape, a 90-year-old Chinese man once succeeded, as legend suggests.

Once upon a time, there were two huge mountains standing in the south of Jizhou and the north of the Yellow River.

An old man named Yugong, literally foolish old man, lived in the north of the two mountains. Though 90 years old, Yugong still kept reclaiming wasteland for farming with his children and grandchildren. With his hard work, crops in his fields grew impressively well. Yet, with the mountain blocking the ways, the villagers had to make big detour whenever outing.

Looking at the two huge mountains, Yugong decided to move them out of his way. He called his whole family together for discussion.

“The mountains kept blocking our way. What would you say if I suggest that we remove the mountains, to make a path directly to the south of Yuzhou (in today’s Henan Province) and the Hanshui River (in today’s Shaanxi Province)?” said Yugong.

Yugong’s wife doubted that Yugong could remove a small hill like the Mount Kuifu, let alone the huge Taihang and Wangwu mountains, considering his age. And she also questioned about where to deposit the earth and rocks. Yet, all the other family members showed support. They suggested moving the earth and rocks to the shore of the Bohai Sea in the northeast.

“Let’s do this! I would never doubt our ability to remove the mountains,” said Yugong.

Yugong, his sons, and his grandsons started to break up rocks and dig earth, and tossed them into large baskets in full swing.

Hearing the news, men from neighboring villages all rushed to join Yugong while women helped delivering water and food. A 7-year-old boy of a widow also came to help carry rocks with his bamboo basket. 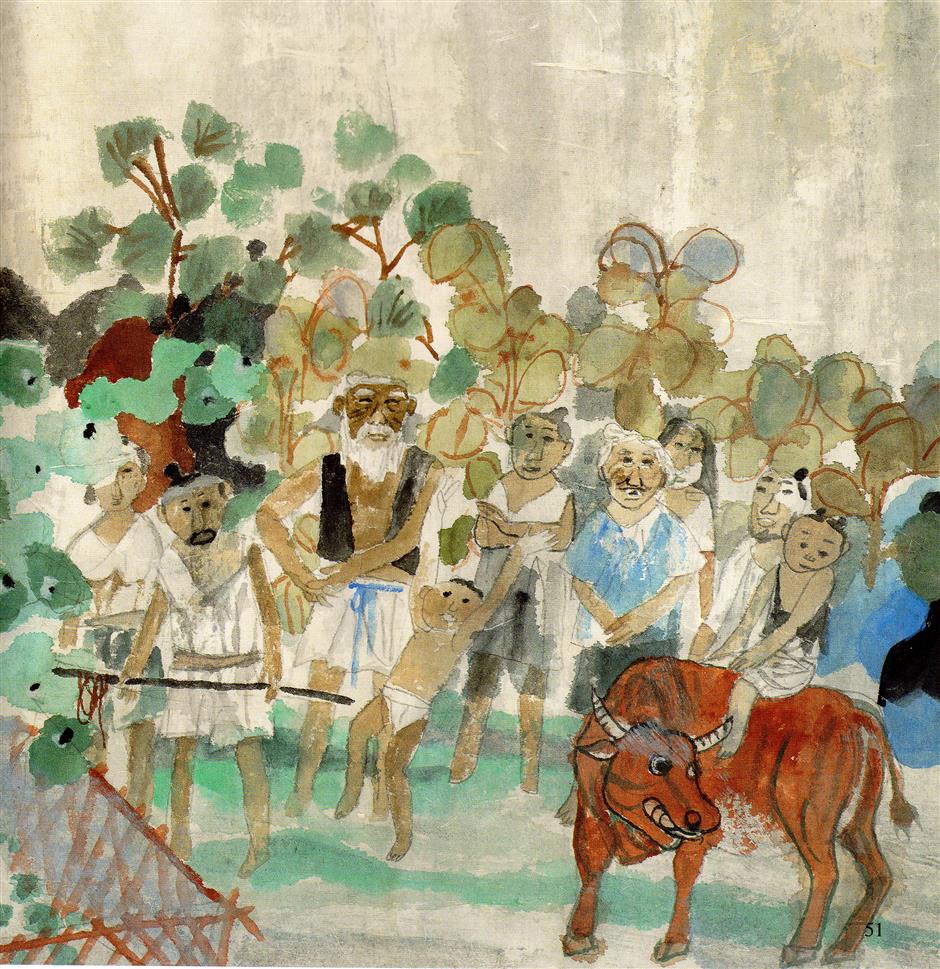 They kept digging every day with backbreaking effort and tossed earth and rocks into large baskets. When the baskets were full, they transported them to the distant Bohai Sea on shoulder or back.

It was a long journey that took the old man and his crew more than half a year to travel back and forth once. Winter left and summer came. They wore beast skin when they left and came back in linen clothes. 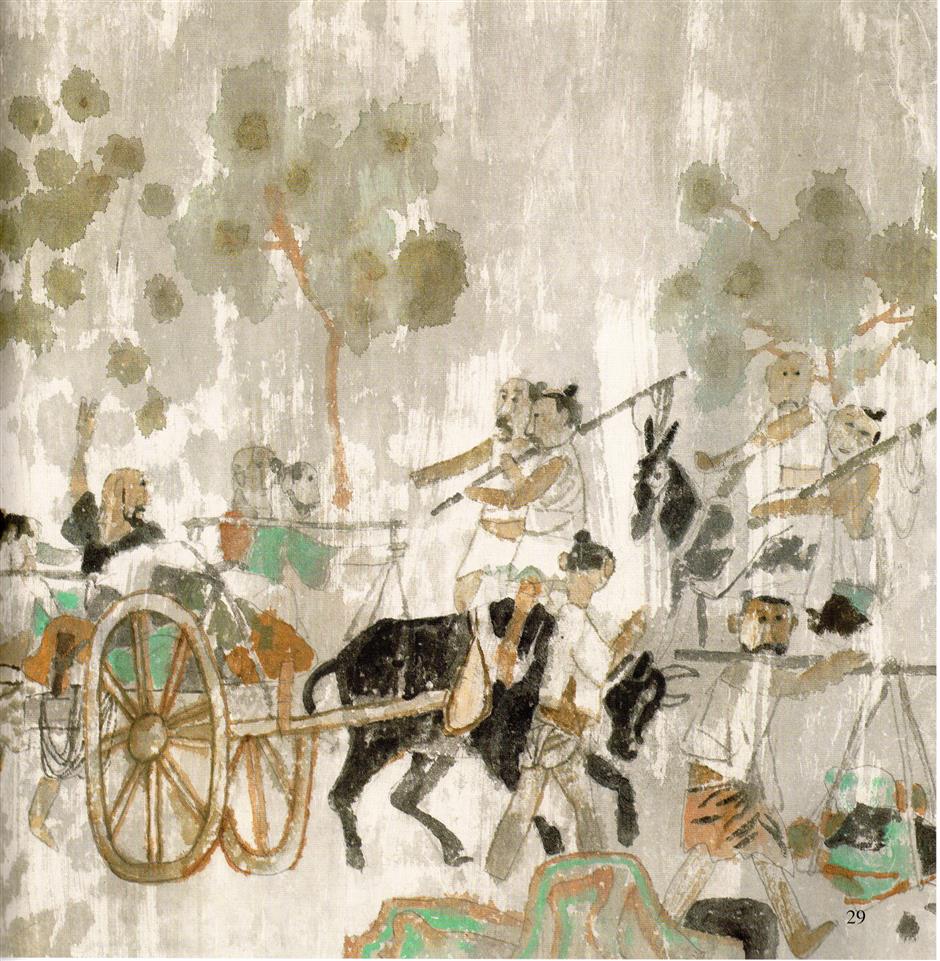 Seeing that Yugong’s white beard had grown longer and that his back stooped even more, his wife said with loving care, “Have a rest.”

Yugong said, “Look at the high mountains, when on earth would I finish the ordeal? We will definitely remove the mountains as long as we keep on it.”

After drinking some water, Yugong went back to work.

“Grandpa is right! Look, it seems the mountain is a bit lower,” said the little boy who had grown taller after the six months. In nearby Hequ lived an old man respected for his wisdom. He persuaded Yugong to quit, “How foolish you are! How is it possible to remove the mountains with human labor?”

Yugong heaved a sigh and said, “Everybody says that you are wise, but I see you not. Even a widow and child know better than you.”

The wise man’s face blushed with embarrassment. He said, “At your age, old and feeble as you are, you cannot even remove a corner of a hill, let alone the enormous mountains.”

Yugong laughed, “Sure I will die. But there will still be my sons and grandsons, who will have their sons and grandsons to keep up the work. My offsprings will grow, but the mountains will not. Why is it impossible to level them?”

The wise man left without a word. 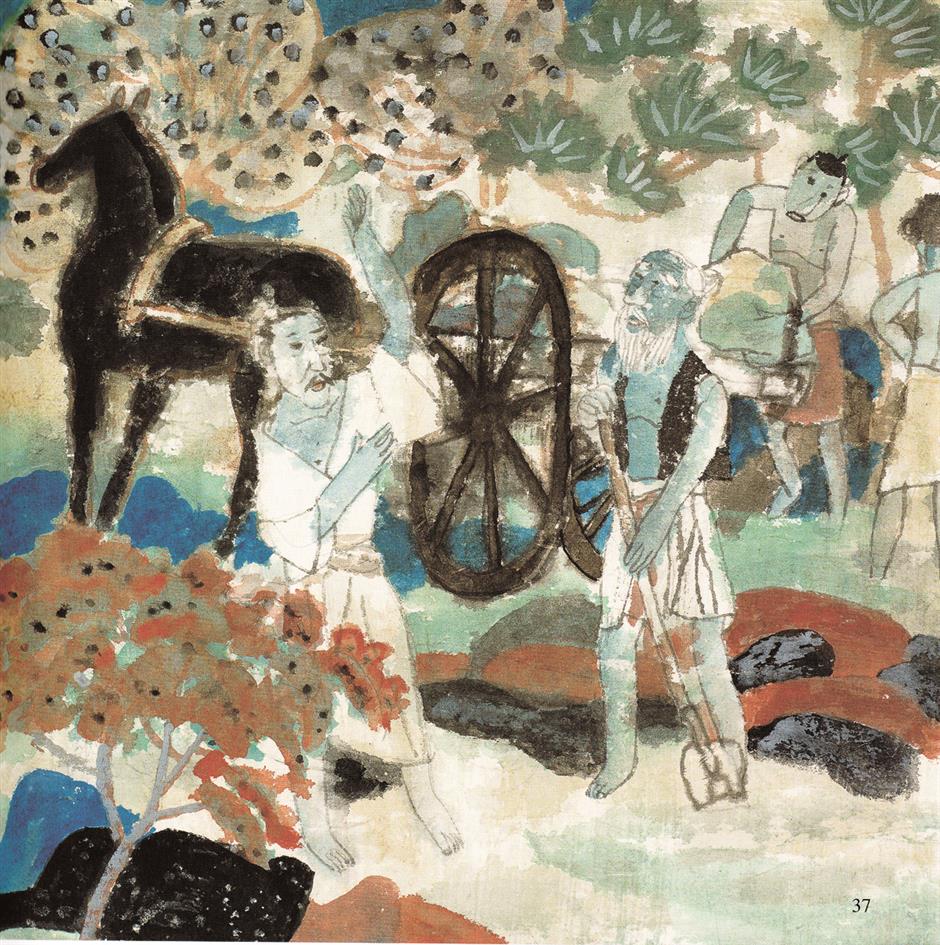 The wise man tries to persuade Yugong to quit. 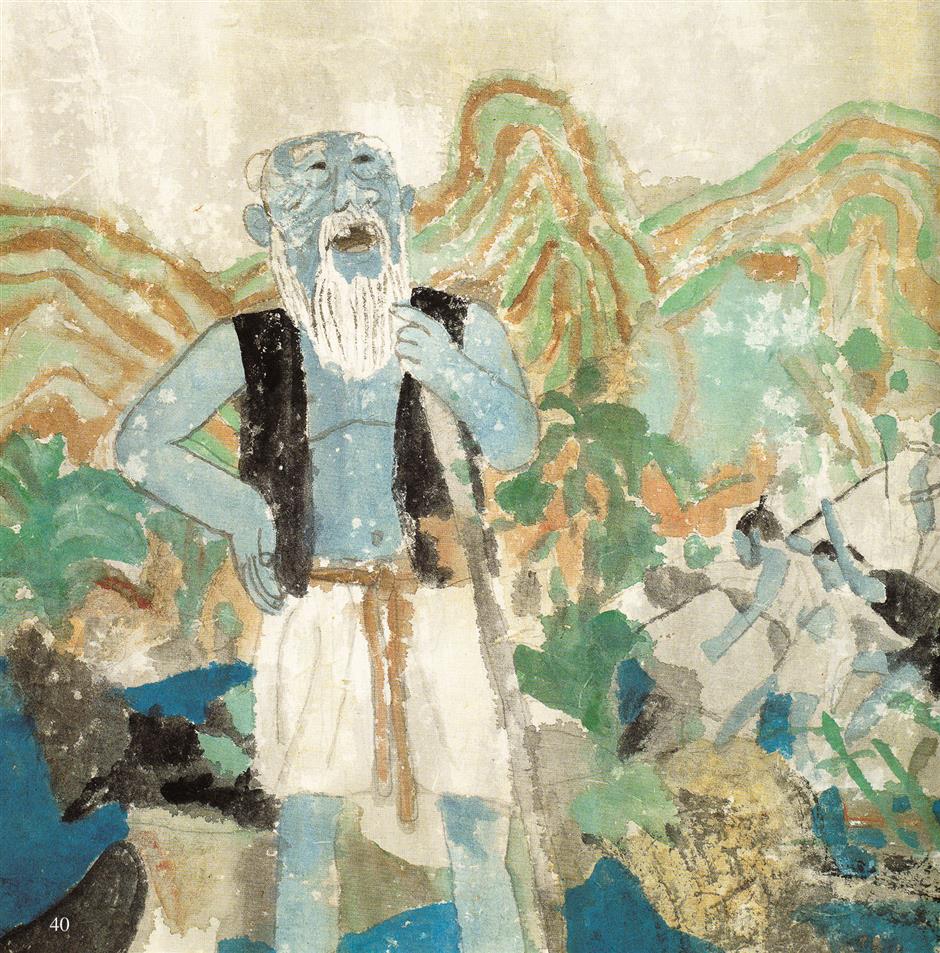 Yugong laughed after the wise man challenged his determination of moving the mountain, saying that his offsprings will carry on the job in the future, when he was no longer here, and the mountain will eventually be moved.

A god of mountain heard about the event. He was worried that the old man and his offspring would really level the two mountains, so he reported to the Lord of Heaven. Moved by Yugong’s determination, the Lord of Heaven commanded two giants, the sons of Kua’e, to move the mountains elsewhere.

It was an easy job for the two giants. Each of them carried one mountain on back and walked away in big steps. They put one mountain in east of Shuozhou and the other in south of Yongzhou, and then reported back to the Lord of Heaven. As Yugong got up the next morning and went out for work, he found the mountains disappeared without a trace. With tears in eyes, he called his family, “Look! The mountains are gone.”

All the villagers came out and saw a vast plain and a level road leading to a long distance away. The children jumped with joy. Ever since, there were no more mountains blocking the way between southern Jizhou and the Hanshui River. Though the story of Yugong is merely a legend, the Taihang Mountains and Wangwu Mountain are real.

And the Wangwu Mountain, sitting northwest of Jiyuan City of Henan Province, is a famous Taoist site. Legends suggested that the Yellow Emperor used an altar on top of the mountain to offer sacrifices to heaven where he received the “Book of Nine Elixirs,” one of the earliest Chinese alchemical texts. 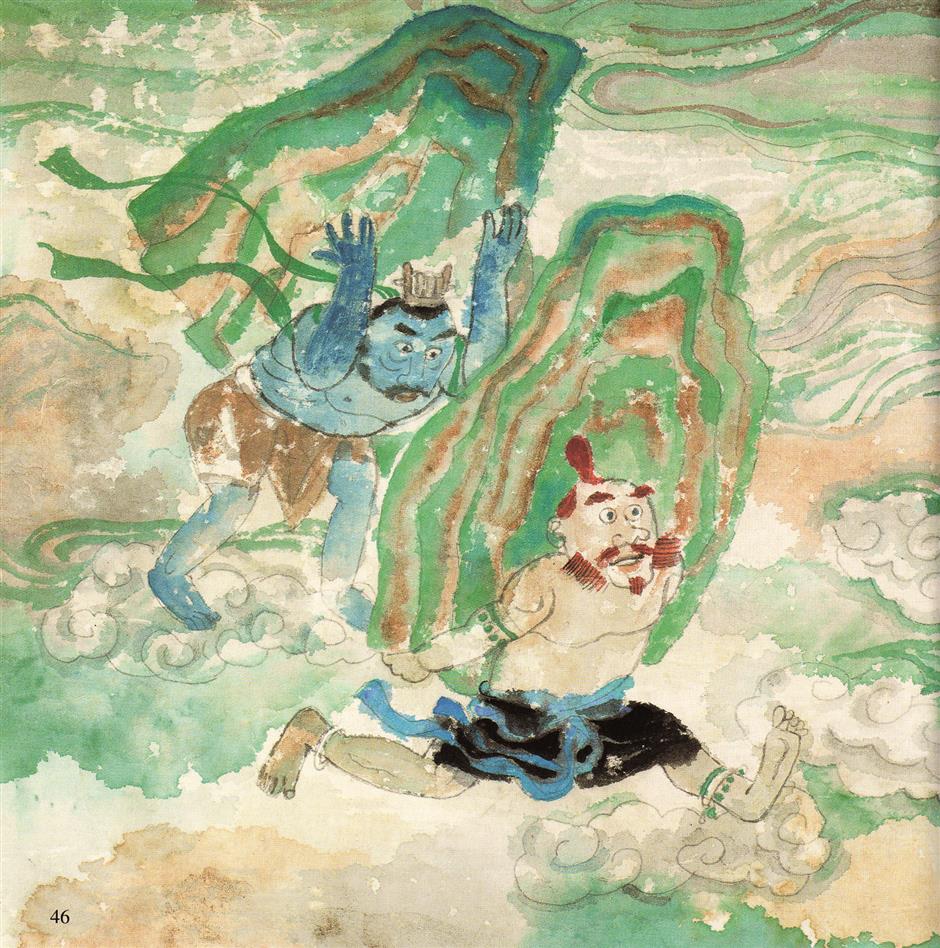 Moved by Yugong’s determination, the Lord of Heaven commanded two giants to move the mountains elsewhere.