Across the world, myths and legends tell the story of how the world came into being. China is no different and the versions enjoyed throughout generations of its citizens share many similarities to those of other faraway places. These myths and legends form the basis for Chinese philosophy and the nation’s values. In this series, we explore the stories that have long been used to explain how China got to where it is today.

After successfully eradicating the four evil monsters, at the God of Heaven’s demand, philanthropic Grand Archer Yi continued on his quest to save ordinary people from evil deeds.

One day he saw thousands of houses destroyed by a gale, so Yi decided to punish Fengbo (the God of Wind), who caused all the chaos. Yi shot him in his left knee, just as Fengbo tried to blow him away.

Fengbo fled the scene in pain, and as a result the sky turned clear.

Yi’s next crusade was in the north, where there was a god of an unruly river called Jiuying. Jiuying was a nine-headed bird who turned over boats and flooded lands. Yi swam through the deluge and into the unruly river. Jiuying attacked from all directions with its nine sharp beaks while laughing in crazy baby voice. But Yi steadied himself and scored direct hits to the nine heads to kill Jiuying.

Yi then set out for the Yellow River with rolling mountains of waves. He saw Hebo (the God of River) frolicking in the waves, causing mischief, so shot him in the left eye as a warning. Hebo retreated after being wounded and the river calmed down. 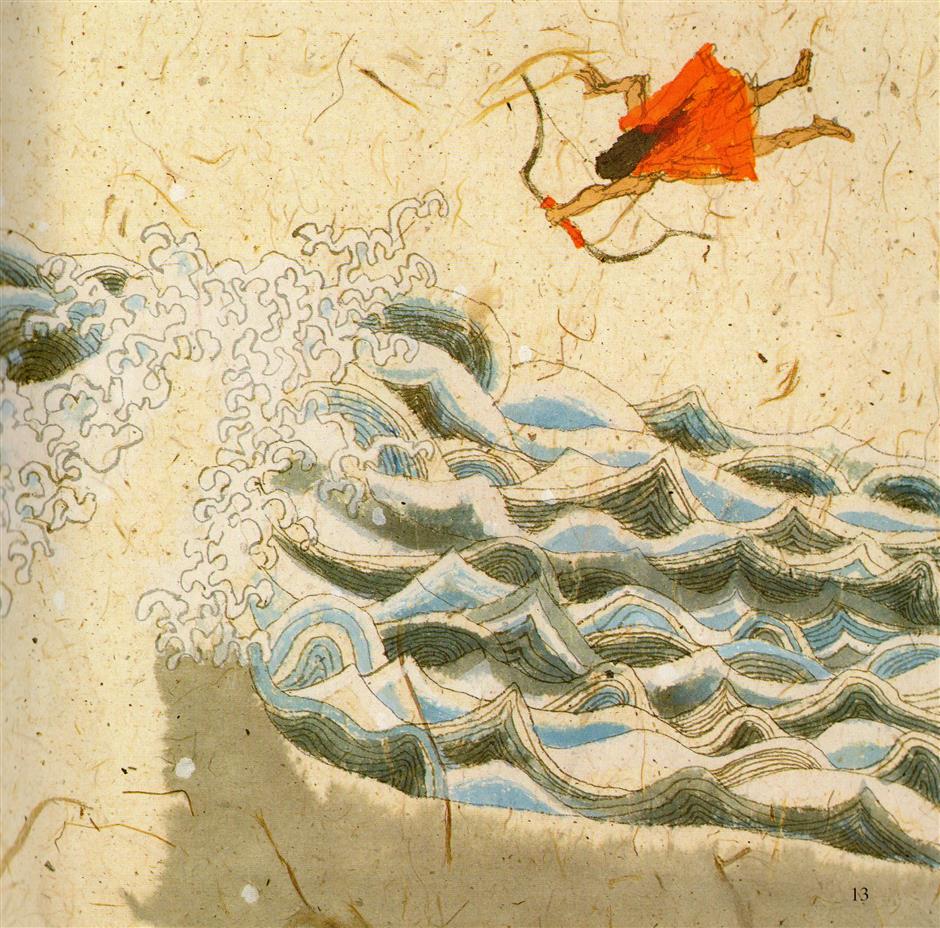 Yi shot Hebo in the left eye and Hebo retreated. The river calmed down.

Far away, somewhere over the East Sea, there was a valley called Yanggu. There stood a huge Fusang tree where 10 children of the God dwelled. They were golden crows, each with three feet. They were the sun spirits, or in other words, the suns.

They often bathed in Xianchi Pond in the valley and rested on the Fusang tree branches. Every day, one of the suns rose in the sky, touring from east to west, giving out light and warmth, and then returned to the tree for rest. The suns all took turns.

But one day, as one sun departed for duty, the other nine brothers decided to go with him for fun.

Disaster struck and, because all of the 10 suns shone at once, the soil was scorched, crops withered and livestock died, while fishes and turtles were exposed on a dry river bed.

The tribe leaders prayed for the God’s pity. Yi heard about the disastrous drought and thought about getting rid of the suns. Yet, he worried that killing the God’s sons would cause problems.

He sought Emperor Yao for advice, who reassured him, “The way of heaven complies with the will of people.”

Yi set off and climbed a mountain top where he shouted to the suns: “You guys have played enough. Stop messing around and go back home now!” 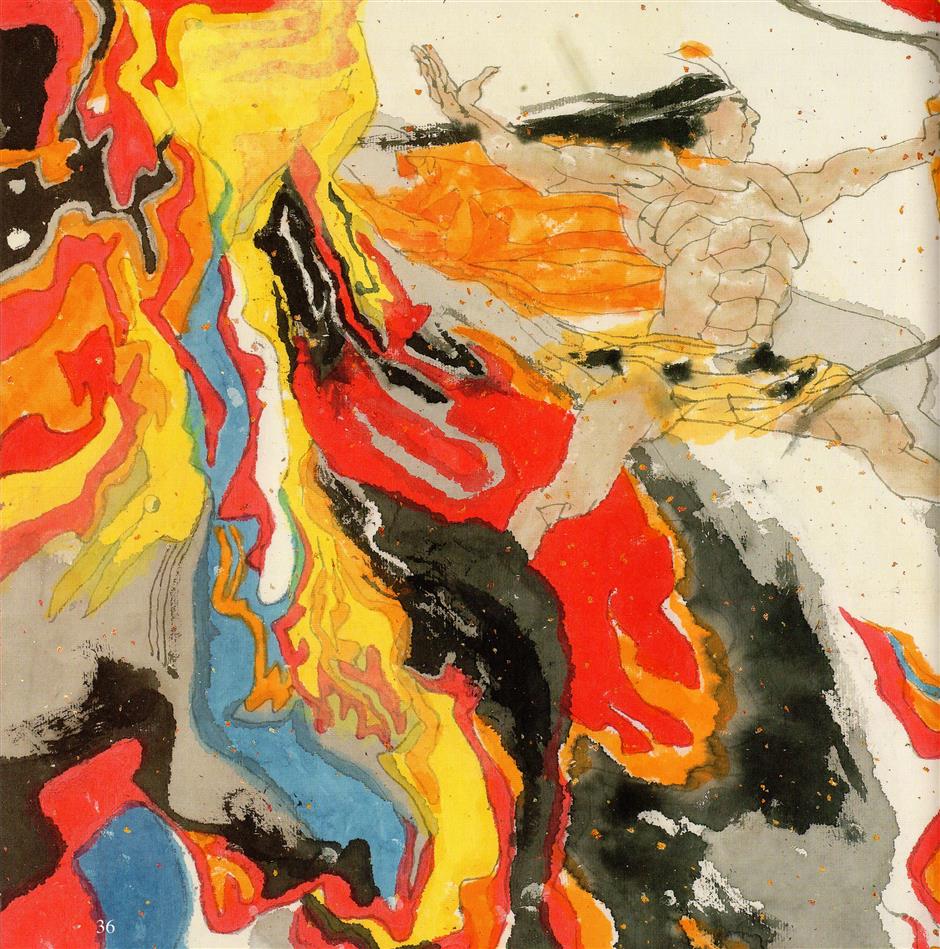 The suns tried to burn Yi but Yi remained calm and took out a bundle of arrows.

The suns were surprised that someone dared to discipline God’s sons. They flushed and dashed toward Yi with all their flames and heat. But Yi was ready and attached a magic arrow to his bow, and warned the suns, “Go back home! Or, I will shoot you down!”

The suns ignored his threat and set fire to the plants around him. Yi immediately reacted and fired three arrows at the suns. His accuracy was immaculate and three fireballs exploded in the sky and the three golden crows fell into the sea. The suns were frightened and took flight into the sky. Yi didn’t stop and shot another two suns down. The remaining suns were furious and tried to burn Yi. But Yi remained calm and took out a bundle of arrows. On one knee, Yi took aim and four more suns exploded and fell from the sky in all directions.

The sea was shocked and tried to save the falling golden crows. Just as Yi was ready to shoot again, he heard the people cry, “Please stop! Don’t shoot anymore.”

Yi realized that there was only one sun left in the sky, shivering. He stopped and put the last arrow in his bag.

From then on, God ordered the suns’ goddess mother, Xihe, to ride six dragons and accompany the sole remaining sun and patrol the sky every day.

The land cooled down and the river flowed again. With the cheer of the people ringing in his ears, Yi bowed farewell to Yao and traveled eastward.