Photographers at the birth of a country

A major exhibition at the Art Museum of China Academy of Art in Hangzhou commemorates the 70th anniversary of the founding of the People’s Republic of China and the history of Chinese photography from the mid-19th century to modern times.

More than 600 photographs cover a wide range of topics, from the earliest foreigners’ portrayal of people in the Qing Dynasty (1644-1911), the artistry of Chinese photographers in the 1920s and 1930s, to records of the Chinese Civil War from 1945 to 1949, and anonymous photos taken in the transformative 1980s.

The most thrilling part must be the section entitled “Chinese Photography in 1949.”

A photo taken by Gao Fan on February 9, 1949 of a crowd listening to a speech made by General Ye Jianying at Tian’anmen Square in Beijing 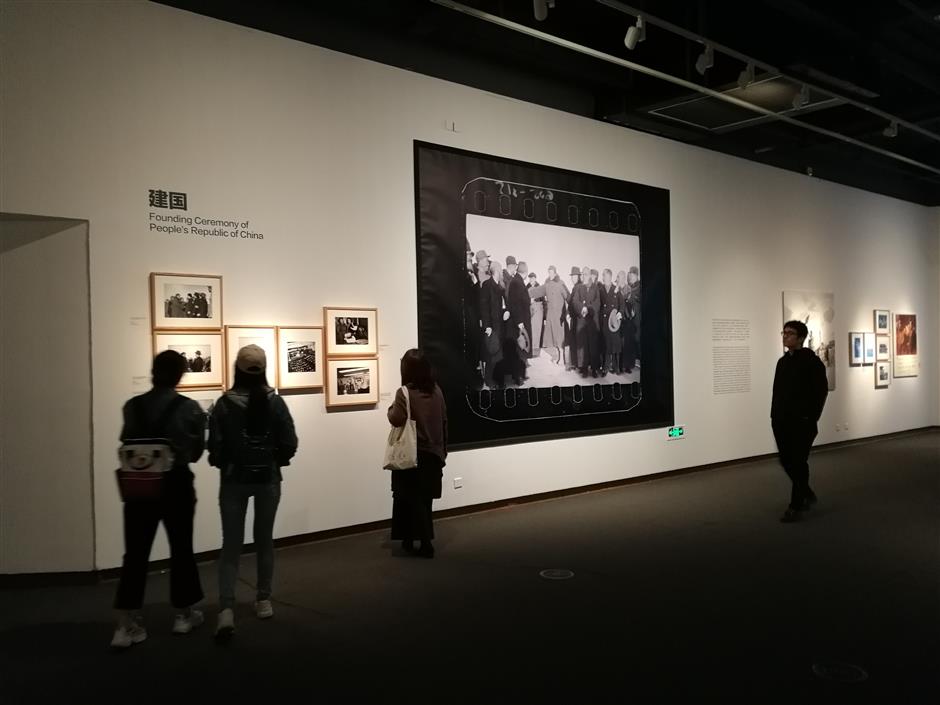 Visitors look at the old photos on display at an exhibition to commemorate the 70th anniversary of the founding of the People’s Republic of China and the history of Chinese photography from the mid-19th century to modern times. ­

At the opening ceremony, Gao Shiming, the CAA’s vice president, said one photograph impressed him the most.

“It was a photo taken on February 9, 1949 by the wartime photojournalist Gao Fan (1922-2004). The photo is quite different from what we’ve seen at the PRC founding ceremony later. It sheds light on the anonymous crowd viewed from the back, standing in front of the Tian’anmen rostrum,” said Gao.

“The picture connects the past and the future. It not only portrays the end of an era, but also implies the coming of a new age.”

In an exhibition room at the museum, this photo has been blown up to the size of a projector screen. A video opposite shows the faces of national leaders at the founding ceremony on October 1, 1949.

The imagery is supplemented by Chairman Mao Zedong’s iconic declaration, made from the rostrum, which is almost a collective memory for every Chinese, reinforced many times in artistic adaptations.

“What we are trying to find out is exactly the personal taste, aesthetics and the underlying modernism hidden in these works,” Gao Chu, chief curator of the show, told Shanghai Daily.

As the grandson of Gao Fan, Gao Chu’s interest in the images of China’s revolutionary years began in 1999 when he was helping his weak-sighted grandfather to sort out his negatives.

“In 2004, my grandpa passed away and he had not published any photo collections in his lifetime. Many of his colleagues — fellow photographers — were aged or passed away. That made me realize it was a pressing work to save and archive their photos,” said Gao.

Since 2008, Gao and his team visited and interviewed more than 170 war photographers. The results were made into case studies, covering more than 100,000 photos developed from original negatives, over 1 million pages of documents including manuscripts and hours of interview tapes.

Many of the photos and negatives are from city or national archives, not accessible to average researchers and poorly catalogued. A lot of time was spent in identifying the photographers and seeking out more information from them.

The photographers featured in the exhibition include legendary photojournalist Sha Fei, Li Feng, who captured the first shot of the Chinese Civil War beside a railway track in Shanxi Province; Niu Weiyu, the woman photographer who captured the women in revolution; and Tong Xiaopeng who was there at the founding ceremony together with Chairman Mao and other founding fathers.

Gao Fan was among the first to go into Beiping (a former name of Beijing) and was able to track down how the Liberation Army entered the city in trucks and were greeted by the crowds.

Other photographs show the rarely seen “backstage scenes” of the war, in which local women were making shoes for soldiers on the frontline, soldiers reclaiming wasteland or doing armed drills. 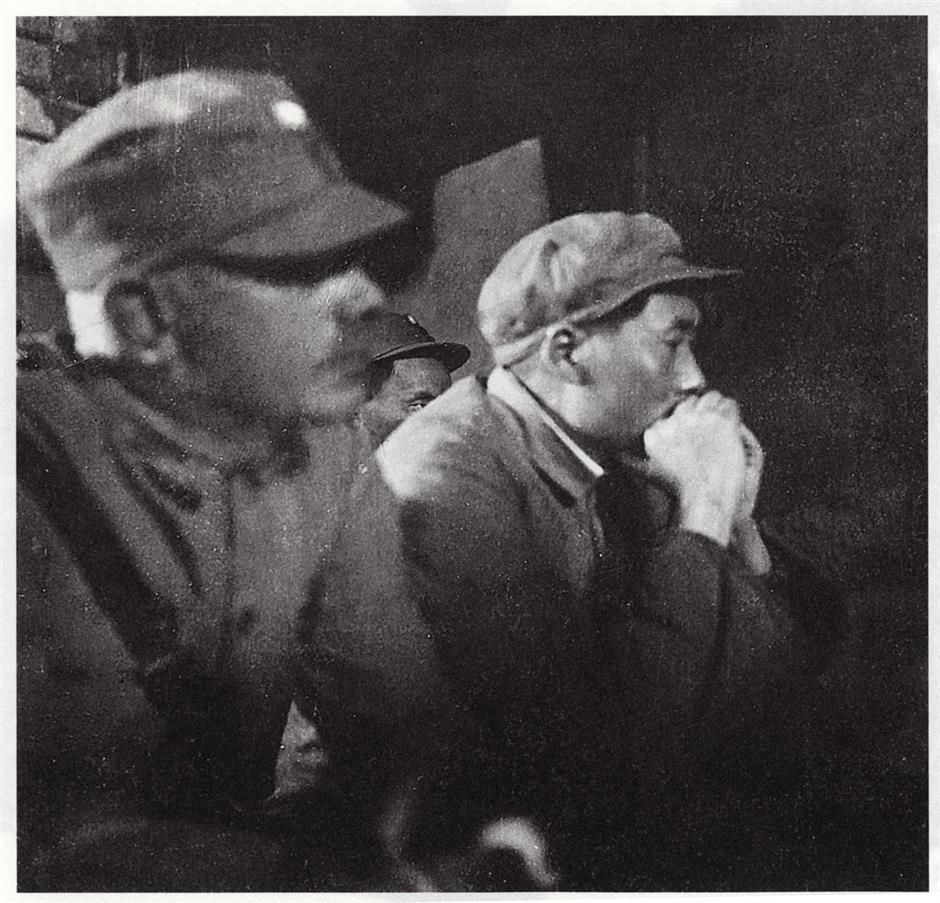 A photo of Chairman Mao (right) and Henry Norman Bethune, a Canadian physician known for his service with the Communist Party of China during World War II

Some reveal information that has never been seen before. A photo by Gao Fan in the spring of 1948 shows a soldier triggering a blast during a battle in Linfen, Shanxi Province, with trenches behind him.

“The photo had been cropped. Previously when it was published in journals or pictorials, the trenches were just removed,” said Xia Shangzhou, a public education staffers from the museum.

Apart from the revolutionary section, the exhibition also displays the photographic experiments of Chinese intellectuals between the 1920s and 1940s.

“A great number of the photographers shown here are from photographic societies of the time, including the Light Society in Beijing. Most of them had photography as a hobby. For example, Luo Bonian worked at the bank, Jin Shisheng was an architecture professor, Liu Bannong a pioneering poet,” said Chen Shen, curator of this section.

The opening of the show also marks the launch of the photography department affiliated to the CAA Art Museum. Some 1,200 photos will be added to the department’s collection in the future.

“We have been preparing this (exhibition) for over 10 years, and we are the first museum in China to do so,” Gao Shiming told Shanghai Daily. “We hope that through further research, collection and exhibition, more values in Chinese photography will be found and studied.”