Why did the artists 'cross' the boundaries? 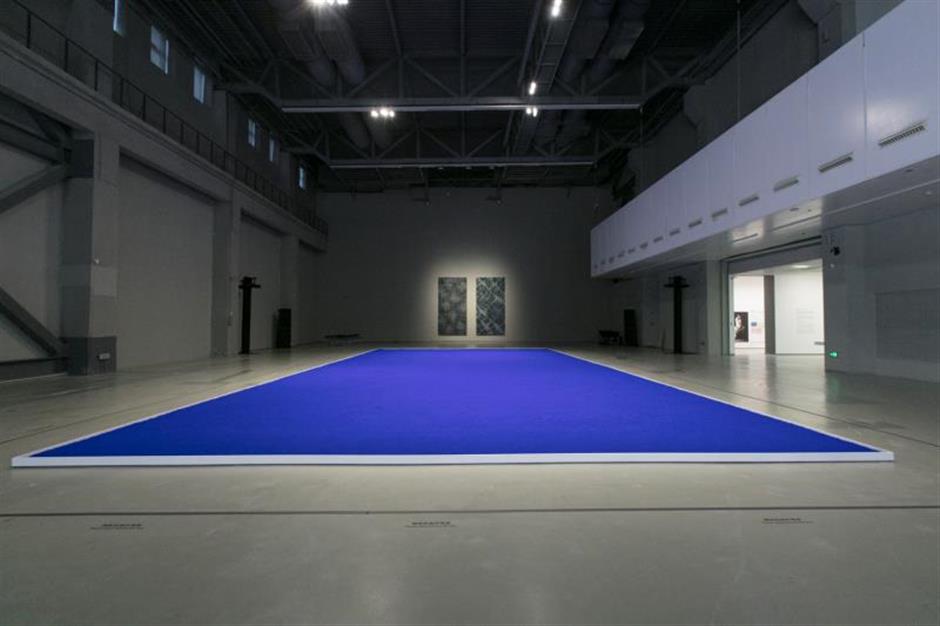 A pool-like “Pure Pigment” installation covers the floor of the Power Station of Art to create a visual impact of the deep blue hue first mixed by Yves Klein.

Yves Klein, Lee Ufan, Ding Yi: the mention of any one might be attraction enough in itself, let alone a joint exhibition featuring these three big names.

“The Challenging Souls,” currently at the Power Station of Art, is sure to conquer the souls of the visitors through the works of three artists from different cultural backgrounds, who invented new artistic languages, media and forms by challenging conventions and trends.

On entering the exhibition hall, visitors are immediately taken by the vast International Klein Blue (IKB) occupying the floors and walls. 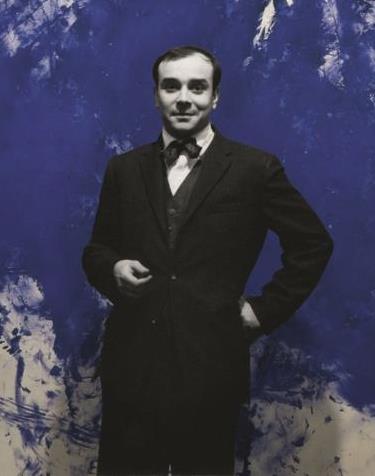 Passing away in 1962 at the age of 34, Klein left behind major works and archives rich with documents, writings, photographs, films, audio recordings, books and notebooks. The artist is a legendary figure who exerted significant influence on post-war minimalism, conceptual art and the performing arts.

In the early 1950s, he expressed a sudden break from the long tradition of the value of color within the European canon by producing a monochromatic painting. His monochromes use three colors almost exclusively: blue, pink and gold.

Of the three, IKB is the best known, which has become an international trademark, opening a new world, in which color itself can be recognized as art.

“Blue suggests the sea and sky, and they, after all, are in actual, visible nature what is most abstract,” Klein once said.

In fact, there is a rare kind of soothing Zen power in his works, which might be explained by his interest in Eastern mysticism at the age of 20 when he studied judo in Japan before returning to France.

His work created a discourse around the aesthetics of materiality and immateriality, as well as within the sphere of Eastern Zen and Western material interpretation, which continues to inspire new generation of artists and enthusiasts. 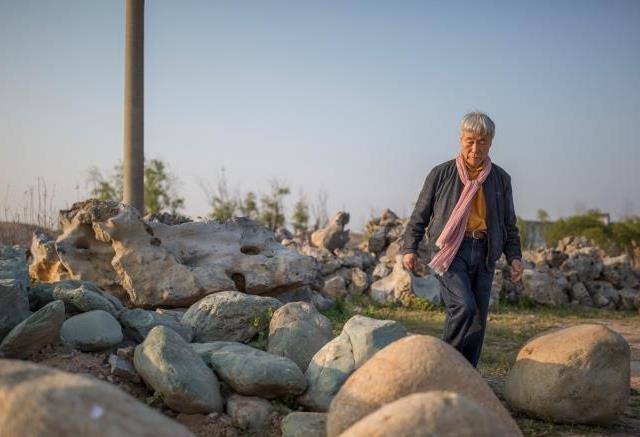 Japanese culture not only inspired Klein, but Lee as well. As one of the co-founders of Mono-ha (School of Things), an experimental art movement in Japan in the late 1960s, Lee was originally trained as a philosopher.

Born in 1936 in Haman-gun, Korea, Lee studied at the School of Art at Seoul National University and later Nihon University in Tokyo, where he graduated with a degree in philosophy in 1961. His development of Mono-ha in the late 1960s came from Eastern philosophical teachings on being and nothingness as well as feelings toward nature.

He established a theoretical foundation by expressing a critical view of the notion of representation in Western art, choosing to focus on the relation between the perception of materials rather than on expression or intervention.

Lee is best known for his minimalist steel and stone sculptures that accentuate the juxtapositions between objects, as well as the relationship between man-made materials and the natural world.

His simple paintings are often composed of a single brushstroke, as if the work is never complete. “Because there is no perfection or completeness,” explained the artist.

Lee refuses the Western tradition of completing a work by filling the entire canvas. Instead, he empties the filled spaces and expands the interpretation of the canvas through gestures that erase, point and draw lines, replacing the painting with a performance spaces as seen through an Eastern sensibility.

“Just like the action in striking a bell, which consists of the action itself and the spreading of acoustic wave. They are a whole completed combination of the visible and the invisible,” Lee said.

In 2010, the Lee Ufan Museum opened at the Benesse Art Site in Naoshima, Japan. Set on an idyllic hillside, the museum is comprised of minimalist architectural and sculptural objects made by both Lee and the Japanese architect Tadao Ando. 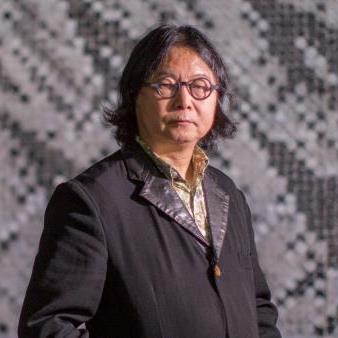 Perhaps Chinese artist Ding Yi at the exhibit is not so shining on the international art stage compared with Klein and Lee, yet he has an unshakable status in China’s contemporary art history.

Born in 1961 in Shanghai, Ding graduated from Shanghai Arts and Crafts Institute in 1983 and earned a bachelor of fine arts from Shanghai University in 1990. Ding is often nicknamed “King of Crosses,” as he never gets bored with painting crosses on canvas. Sometimes there are so many and so close packed that they resemble textile patterns. Yet despite using only crosses in his art, his oeuvre is far from prosaic. He overlays them, switches colors and patterns, creating textures within his grids.

Presenting a contrast to the progression of materials and techniques, the constant “+” and “x” crosses vitalize his work with immersive rationality via an extremely simple gesture.

The continuous and long-standing work progress can be viewed as an evocation of energy, or Zen.