Dance of the Dunhuang culture 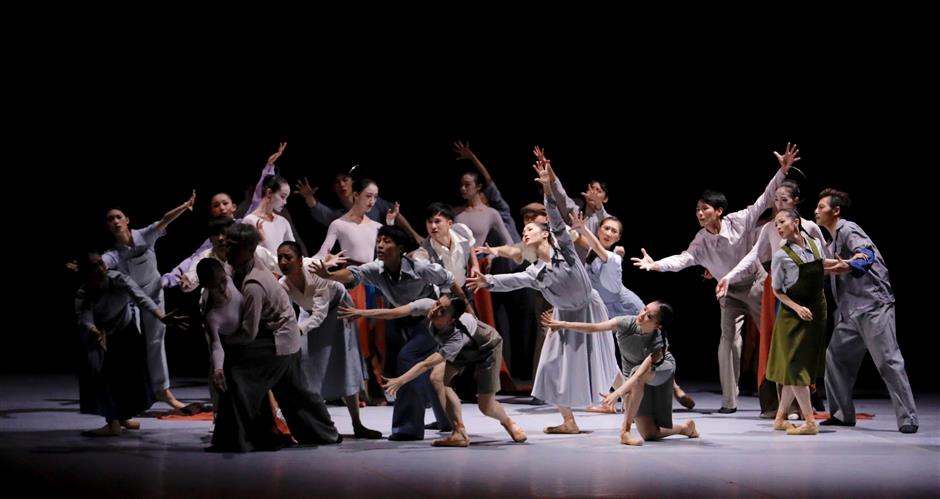 Nominated for the Wenhua Award at the 12th China Art Festival, two-act ballet “The Light of Heart” was staged at Shanghai Poly Grand Theater on Wednesday.

Produced by the National Ballet of China, it portrays a group of people devoted to the culture of Dunhuang, home to a complex of grottoes adorned with Buddhist statues and frescoes.

“In 2012, I knew Fan Jinshi through a project related to Dunhuang. Since then, I have had deep feelings for the place and its profound culture. We wanted to use ballet to let more people in the world understand the thousands of years of culture,” said Feng Ying, the ballet company's artistic director.

Fan was director of the Dunhuang Research Academy between 1998 and 2014.

Set in the 1940s, the story focuses on a young musician named Nian Yu and a Dunhuang protector Wu Ming. Returning from France, Nian has a chance encounter with Wu in Dunhuang and they fall in love.

When Nian suggests Wu go to Paris with her, the faithful Dunhuang protector decides to stay as the cultural heritage is crying out for conservation.

“The ballet not only shows the Dunhuang arts, but more importantly, the unsung people behind it,” said Fei Bo, the ballet's director and choreographer.

In addition to the performance, display boards in the theater highlight the conservation work at Dunhuang.

“We want to create a mobile Dunhuang,” Fei said.

An orchestra conducted by Guo Wenjing accompanied the dancers, and more than 180 people were involved in the performance.

The ballerinas wear costumes inspired by figures featured on the frescoes and designed by William Chang, who was nominated in the Best Costume Design category at the 86th Academy Awards.