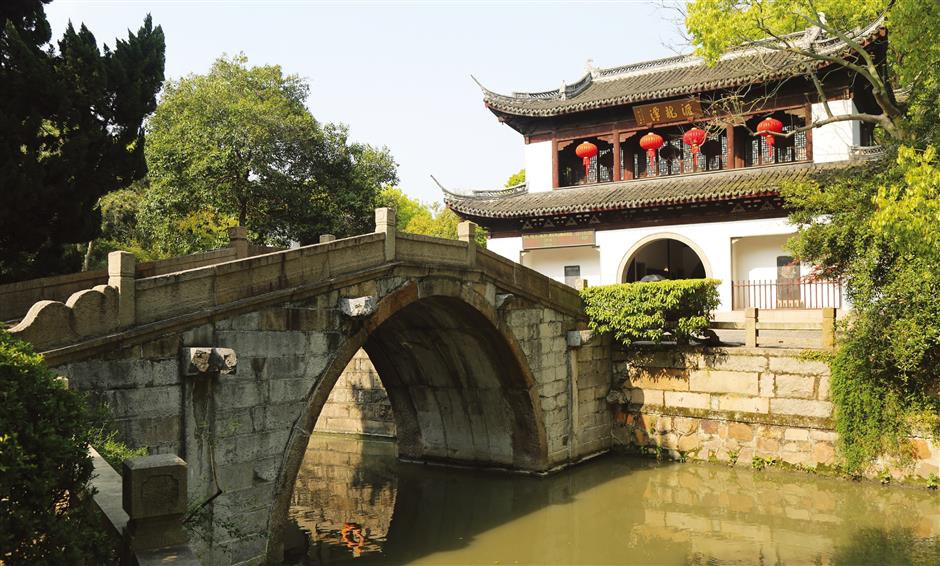 The original purpose of a bridge is to facilitate transport, but once it is erected, it will be linked with willow trees, lotus leaves and bamboo to make the water towns in jiangnan more graceful and full of poetic and picturesque sceneries.

Ancient bridges in jiangnan are epitomes of the wisdom of ancestors, integrated with practicability, ornamentality and commemoration.

They provide a useful reference for modern bridge architecture and witness society’s development and the progress of civilization.

In Jiading, a well-developed waterway network has been working for centuries.

They are of various shapes and beautifully decorated. Under the exquisite carving skills of masonry craftsmen, they convey the folk customs of Jiading.

Under the profound attainments of the literati, bridge couplets, which are eloquent and ingenious, reveal Jiading’s strong cultural connotations.

The names of bridges built through fundraising or donations by the government or laity have profound implications in expressing people’s yearning for a better life.

These cultural symbols formed by bridges have created a long and rich art of bridge construction in Jiading to become another miracle of jiangnan culture.

After 1949, there were initially more than 2,000 bridges in Jiading. After the continuous development of urban construction, many ancient bridges were no longer suited to the needs of society and stepped down from the stage of history.

At present, most of the existing ancient bridges are stone bridges. There are still more than 50 stone bridges in Jiading and in two types — the arch and beam bridges.

Arch bridges, also known as dragon ring bridges, differ in the number of arches. They may have single arch, three arches or even dozens of arches.

Stone arch bridges built before the Ming Dynasty (1368-1644) were usually divided into different types in the form of arch rings: with segmental arches, such as the Yongning Bridge at Beixiatang Street of Jiading Town and Puji Bridge at Zhouqiao Old Street.

After the late Ming Dynasty, more advanced segmental arches with intersected reinforcing bars, such as Jushan Bridge and Gaoyi Bridge outside West Gate of Jiading old town, were built.

Beam bridges are not limited to a single span. Some viaducts have multiple spans supported by piers.

The bridge deck can be divided into two or more pieces of stone. Among the three-piece beam stone bridges, there is a kind of ancient beam bridge named xiangban qiao, or literally bridge with sounding stone slabs, of which the middle strip is made of short stone slabs.

When pedestrians walk on it, the bridge will make a sound of “thump-thump-thump.” It is believed to play an anti-theft role.

At present, the existing xiangban qiao-style bridges in Jiading include Wanshun Bridge in Xinfeng Village in Nanxiang Town and Yong’an Bridge in Laodong Village in Xuhang Town. 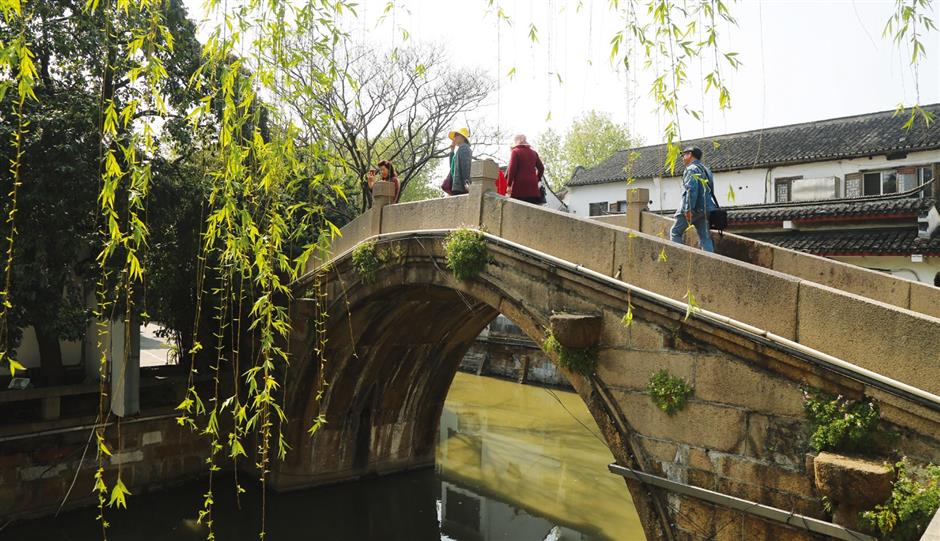 The decoration of bridges, which mainly shows the detailed characteristics of bridges, is an important aspect of displaying the fine arts of Jiading bridges.

The ancient stone bridges in Jiading usually feature homophonic, metaphorical and symbolic sculpture techniques. All the patterns on bridges have auspicious meanings.

They are closely related to the folk culture of Jiading and convey strong humanistic information.

There are also many stone bridges with practical functions that have gradually evolved into a tool of education. Their implicit philosophical and religious significance shows the folk beliefs in Jiading.

In addition, the construction of bridges is closely related to feng shui. People usually treat the process of building bridges as a sacred thing. They hope that bridges can make fortunes, bring luck, bless people and protect their neighbors.

An exclusive pattern system has formed for Jiading’s bridge decoration amid the development of economy and society.