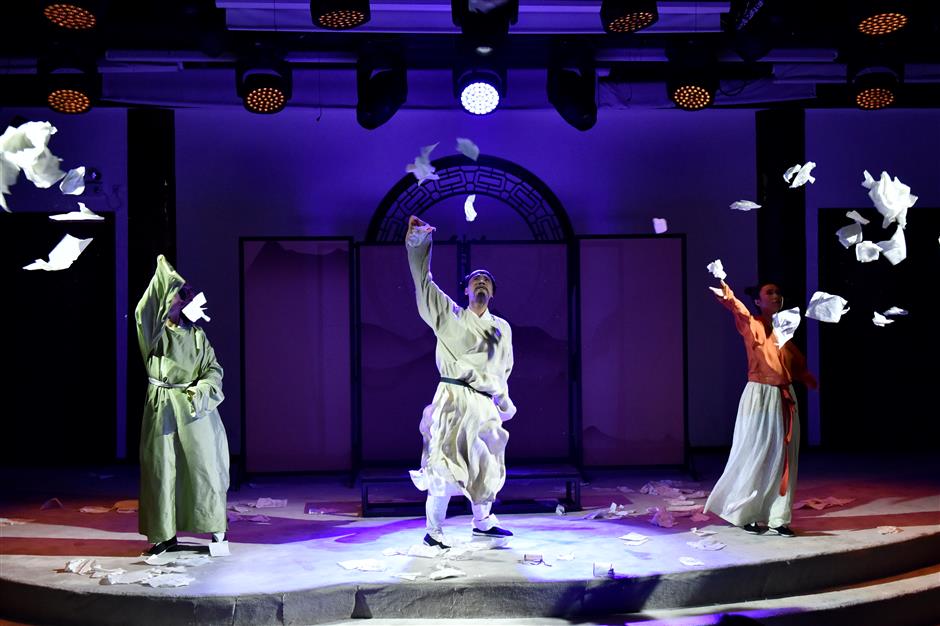 Su Shi was banished from the royal court because of his anti-government writings, but his poems and essays on food are long remembered.

On his deathbed, ancient poet Su Shi (1037-1101) sees the Heavenly Emperor, who tells him that he is the Wisdom Star sent to earth from the celestial court. In order to return to heaven, Su is told he must first revisit the pivotal moments of his life on earth.

Thus begins the immersive drama “Huating Chang Song,” which will be staged every Sunday afternoon and evening in June on the rooftop garden of Beaufort Terrace in the City God Temple near Yuyuan Garden.

Shanghai was called Huating in the Song Dynasty (960-1279), when the poet lived.

“Su Shi is not only a renowned literary figure, but is also a famous foodie who knew how to enjoy life, even in difficult times,” He Yudong, general manager of the cultural department of Yuyuan Garden, said of the choice to stage this drama.

“He would have fit in here, where there are lots of entertaining things to do and delicacies to eat,” he added.

Beaufort Terrace is on the fourth floor of a corner building at a site that was served as a theater stage. It is a place of tranquility in the heart of the city’s best-known tourist attraction. The intimate terrace space has staged quite a few traditional operas and is now venturing into more adventurous realms.

Before performances start, audiences will be immersed in the experience of a Song Dynasty market selling teas, crafts and fragrance. Those with VIP tickets can also dress up in Song costumes backstage.

“This immersive drama is not only about actors walking out into audiences and interacting with them, but also it is intended to immerse them in the atmosphere, aesthetics and philosophy of the Song Dynasty,” the drama’s director Jiang Zhentao explained.

“Who is better than Su Dongpo to represent the essence of the dynasty?”

Su Shi, a native of Sichuan Province, took the literary name Su Dongpo from a farm on the eastern slope, or dong po, of Huangzhou in Hubei Province, where he lived when he was first banished from the royal court. He wrote many of his best poems there. His lifetime banishment resulted in his being sent to dozens of remote places, including Hainan Island, which at that time was considered a terrible place to live.

His “crime” were poems criticizing government policies, angering the emperor and high-court officials. Su died on route to his last place of exile.

Born into a family of scholars, Su became famous at the age of 19, when he and his young brother both scored exceptionally well in the imperial exam for aspiring government officials.

In the political realm of the royal court, however, Su failed to fit in. Yet despite that, he won fame and admiration for his poetry, essays and calligraphy. Today, he remains a household name, not only for his writings about failed ambition, mourning for his first wife and the philosophy of life and death, but also as a foodie.

He wrote poems and essays on pork, rice wine and the shepherd’s purse, among other delicacies. Dongpo pork, or pork belly braised in soy sauce, is named after him.

“He has been portrayed so many times on stage, in TV and the movies,” the director explained. “There are so many tales about him carried down the centuries, that it’s quite difficult to do a drama about Su Shi.”

Jiang added: “But I think we are taking a new approach by revisiting the major turning points in his life from his own perspective. It’s looking at his early fame, political failures and famous writing from his point of view.”

It’s a bold approach, he said, mainly focusing on less enjoyable aspects of his doomed political career. Many of Su’s writings and other ancient texts are blended into the dialogue. The only “fun” parts of the drama relate to tales involving food.

The creative team uses multimedia and masks against a rather simple backdrop, following the customs of the Song Dynasty, which contrasted with the glamor and rich colors of the preceding Tang Dynasty (618-907). Costumes are somewhat austere.

I hope the show recreates the atmosphere of the Song Dynasty, and the visitors will learn more about Su Dongpo while having fun here,” the director concluded. 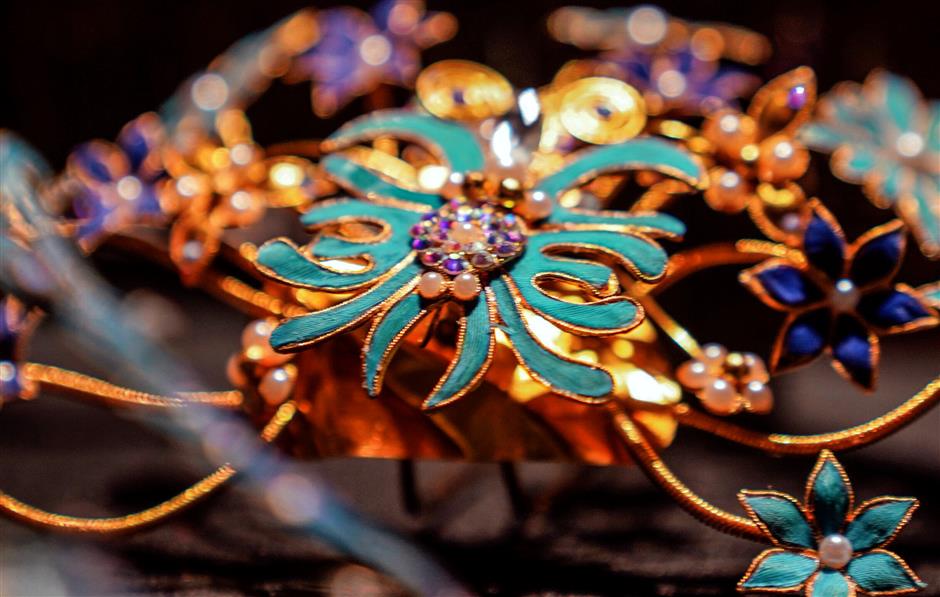 Jewelry, costumes, tea and other items reminiscent of the Song Dynasty recreate an ancient market for audiences before the performance.