Dyslexic dancer writes his own language

For British choreographer and dancer Aakash Odedra, dyslexia is the source of his creativity.

As written language was so alien, dance became his preferred mode of expression.

In his new work “Murmur 2.0,” Odedra uses his body language and dance skills, as well as visual design, light and sound, to present the reality of dyslexia.

“Just because we don’t read and write like average people doesn’t mean we are not intelligent,” said Odedra.

“When you see an object, your mind wants to change the object. So I think that’s why a lot of people with dyslexia are creative.”

Born and raised in Birmingham in the UK, Odedra originally trained in Kathak and Bharataatyam — two of the major Indian classical dance styles.

He has developed a distinctive contemporary movement style and won many awards, including the Danza&Danza award for best new interpretation in Italy, best male dance performance at the Dora Awards in Toronto and also a Sky Academy Arts Scholarship.

“Murmur 2.0,” which was staged at the experimental theater at Shanghai International Dance Center from June 14-16, is an upgraded version of Odedra’s successful work “Murmur.” 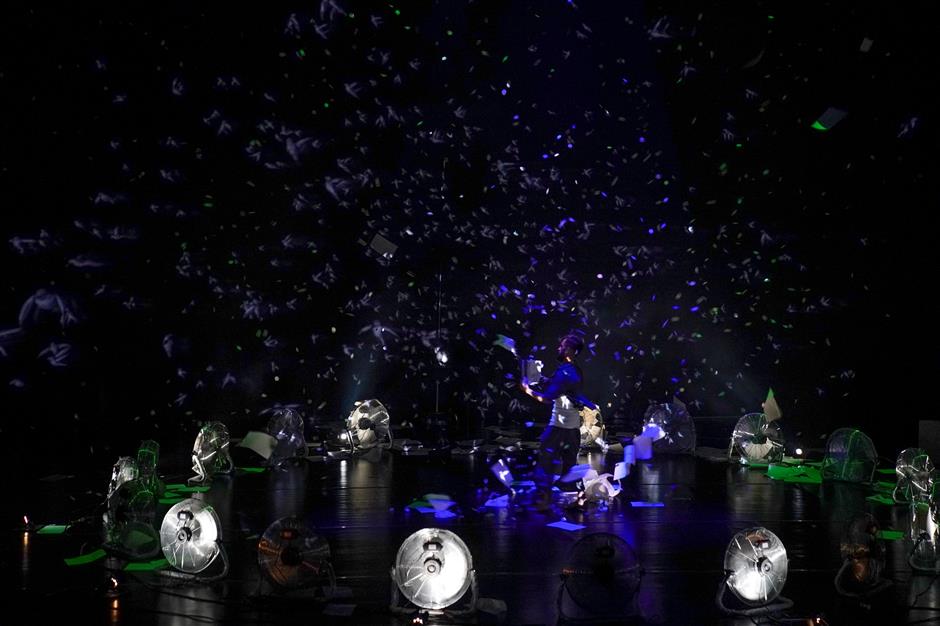 In the expanded new production, digital animation and computer effects by Austrian organization Futurelab create a beautiful and dreamy stage in which Odedra tells the audience his story of dyslexia, learning difficulties and his dance training, in which he finds his own power.

“I spelled my own name incorrectly for 21 years,” Odedra said during the performance.

He looked through his passport a million times without noticing that his name Aakash begins with two “a”s instead of one.

The dancer showed his struggle with his unique and flowing body movements on stage.

The computer effect projected a huge flock of birds and numerous pieces of paper were dropped from the ceiling in the final scene.

“But in the chaos with all the birds and papers I find my own stillness,” said Odedra, just as he finds his own way of expression in life other than writing and reading.

The dancer also performed one of his latest works, “Inked,” before the Shanghai audience. 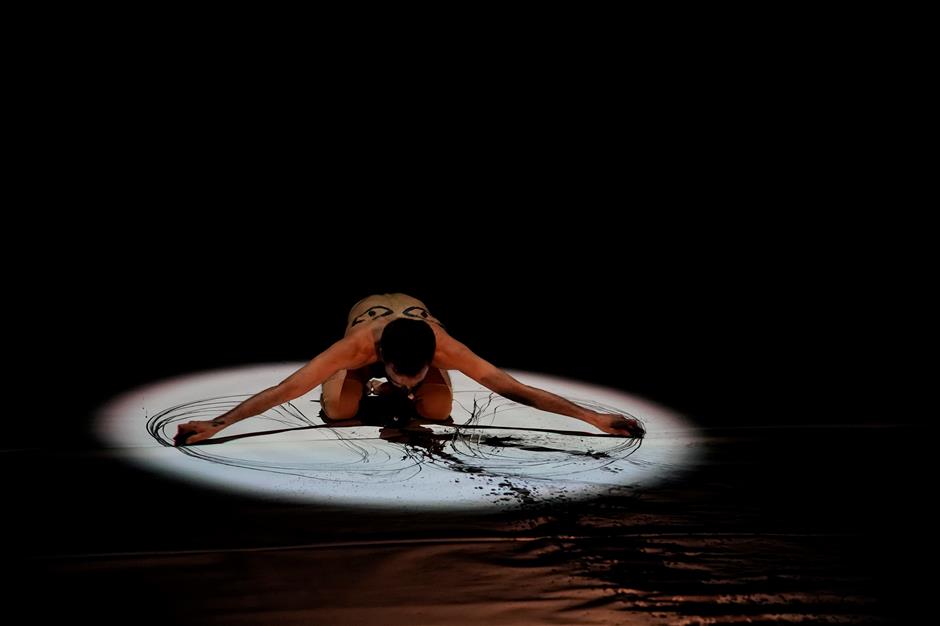 Inspired by his own family history, “Inked” is a literal calligraphy work, written by Odedra on stage with ink and paper, and his own body as a brush.

“I come from a community of royal warriors, and women were tattooed,” he said.

“ My grandmother was tattooed. When she passed away, I was holding her hands.

“My hand was clear and her hand was inked. That image always stays with me. The story is about life and death. The impermanence of life.”

The solo dancer is now working on a rare duet project “Samsara” together with young Chinese dancer Hu Shenyuan.

Inspired by “Journey to the West,” the new work will explore the two dancers’ different perspective of one of the four great classical Chinese novels.

As the first international project of the Shanghai International Dance Center’s Youth Incubation Platform, the production will be staged in Shanghai next year.