The fascinating history of life of Pei and his family homes

An East-meets-West (haipai) garden villa at 170 Nanyang Road in Jing’an District showcases the history of the legendary Pei family which has prospered for 15 generations since the Ming Dynasty (1368-1644).

“The villa is designed in Art Deco style with many traditional Chinese details,” says Tongji University professor Zheng Shiling during a lecture about the city’s architectural scene in the 1930s.

“It has an old Chinese layout with a sitting hall in the middle and bedrooms on both sides. The garden courtyard is graced by a well-designed pavilion which is modern-style but features traditional Chinese ambience.” 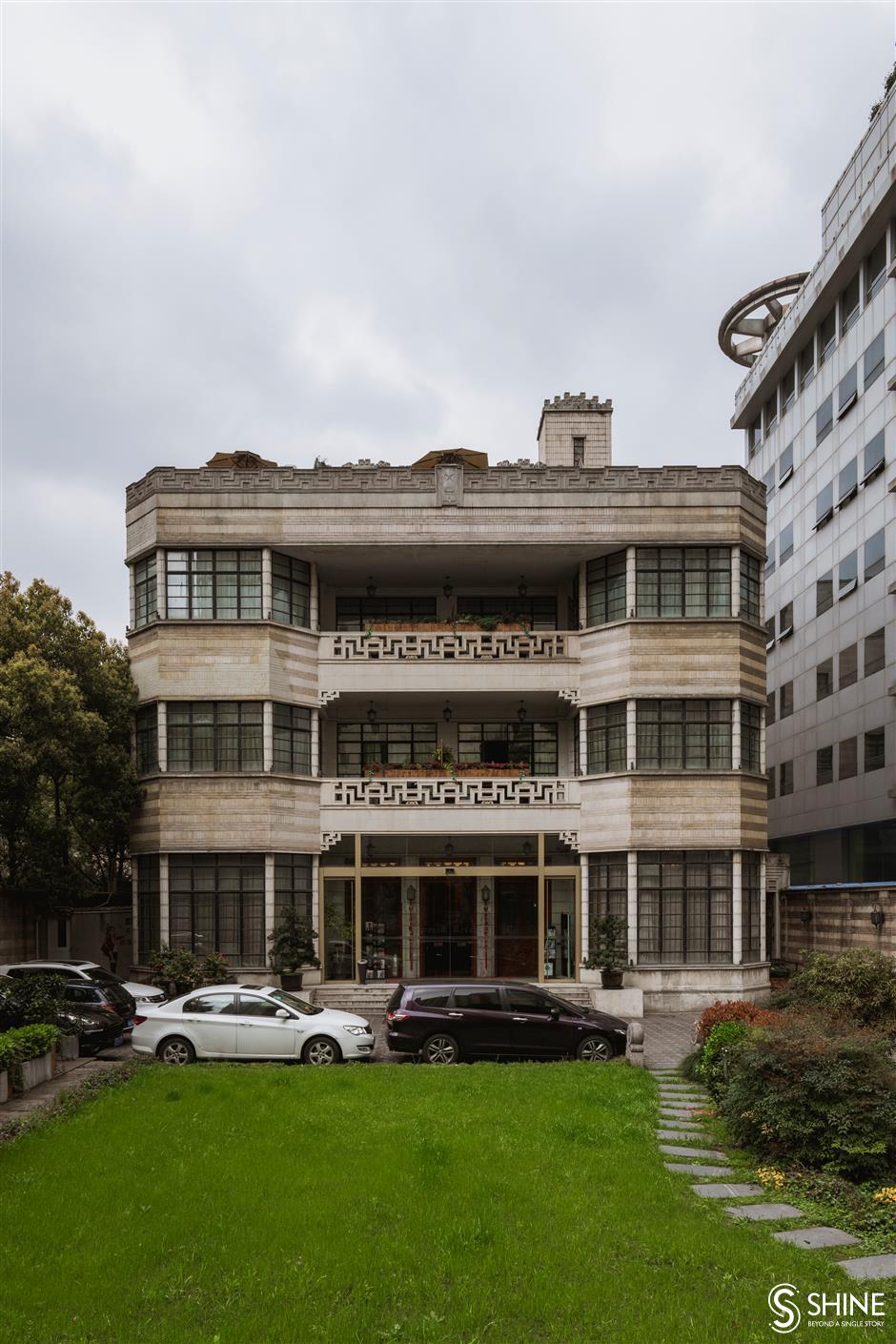 Today the Pei Villa at 170 Nanyang Road serves as a boutique hotel and restaurant.

He adds that there’s a wall in the garden inscribed with 100 Chinese characters shou, or longevity.

The garden house, often known as the Pei Villa, has long been mistaken for a home of I.M. Pei’s father, Tsuyee Pei, a banker who headed the Bank of China.

But it was in fact a property of Pei Runsheng, a dye tycoon from another branch of the Pei family.

It was Pei Runsheng who also purchased the renowned garden — Lion Grove Garden (Shizilin) in Suzhou in 1917.

During his childhood, I.M. Pei spent many hours in this 14th-century garden built by the abbot of an adjacent Buddhist monastery, playing hide-and-seek with his cousins and studying the Chinese classics.

The sanctuary that inspired monks, artists and poets for centuries impacted his aesthetic attitude and architectural design.

American scholar Michael Cannell traced history of the Pei family to the Ming Dynasty in his book “I.M. Pei, Mandarin of Modernism.”

According to Cannell, I.M. Pei belonged to the 15th generation of this large, prosperous lineage of poets, painters, calligraphers and bankers based in Suzhou, a bastion of ornamental gardens and old Chinese crafts such as silk, embroidery and scroll painting.

The first Pei arrived in Suzhou during the middle of the Ming Dynasty (1368-1644) to practice medicine and sell curative herbs from a stall in the marketplace of the Xuanmiao Taoist Temple (Temple of Mystery).

His descendants developed the business into a shop purveying a variety of Chinese medicines using fungi, crushed leaves and ginseng.

By the 18th century, the Peis had become a great land-owning family in the area.

I.M.’s grandfather, Litai Pei, was a powerful and learned man ranking in the top of the ruling gentry. Pei Litai groomed his sons for banking careers, such as his third son, Tsuyee.

Tycoon Runsheng came from a poor branch of the Pei clan. It is said he parlayed two silver dollars his grandfather gave him into a fortune and thus became a tycoon. 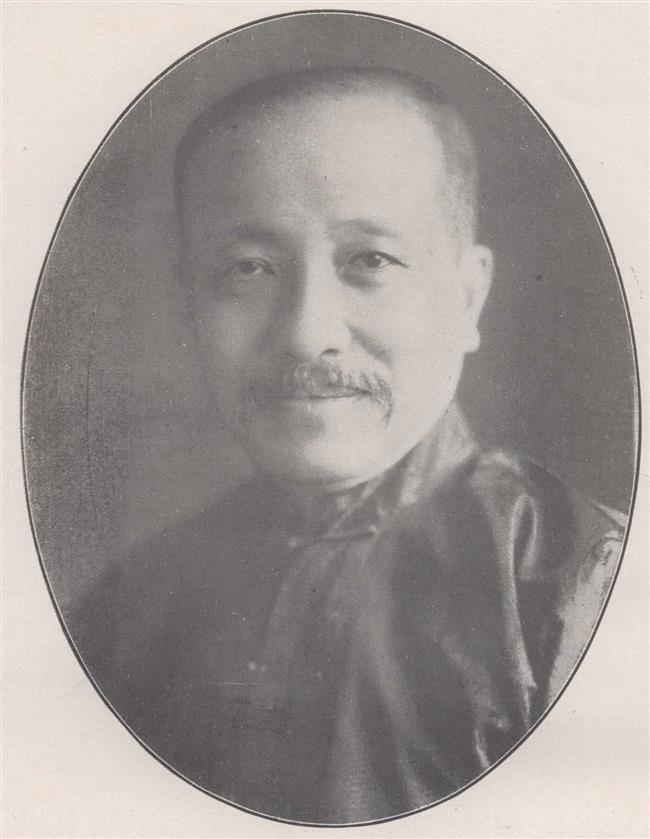 Cannell said the tycoon’s ownership of the Lion Grove Garden “lent him a sense of gentility.”

“To own a garden demonstrated a proper appreciation of aesthetic and scholarly matters,” Carnnel wrote in the book. “It was the rough equivalent of a parvenu (person of lowly origin) acquiring a chateau from an impoverished aristocrat.

“Its new inhabitants could renounce the worldly duties outside its walls and devote themselves, as mandarins should, to cultivating bamboo, practicing calligraphy and receiving guests in waterside pavilions.”

As Pei Runsheng had received support from relatives when he was young and poor, he later set up the Pei Ancestral Hall in the Lion Grove Garden and would make generous donations to help other members within the big family, as well as people living in disaster-stricken areas, and poor students.

Although on a much smaller scale, the Pei Villa on Nanyang Road mirrors the tycoon’s Suzhou Garden in some ways.

According to Li Zhendong, vice chief architect of the Shanghai Jing’an Real Estate (Group) Co Ltd, where many of Jing’an District’s housing archives were preserved, the villa covers up to 2,011 square meters of land on this prominent location.

“Pei Runsheng made his first bucket of gold from dealing dye with German firms before and after World War I,” Li said.

“He then invested most of his capital in real estate in Shanghai and owned nearly 1,000 buildings, including some tall buildings at the crossroads of Jinling and Sichuan roads near the Bund.

“He was so wealthy that his son, Pei Huanzhang, was asked to attend home school to prevent from been kidnapped.”

According to the Shanghai Archives Bureau, modern Shanghai’s high-profit, low-risk real estate market in the 1920s-30s attracted many wealthy merchants such as Pei from neighboring Zhejiang and Jiangsu provinces.

For instance, a silk tycoon surnamed Liu owned dozens of lanes on Fuzhou and Guangxi roads.

Almost one year after the purchase of Lion Grove Garden in Suzhou, Pei Runsheng started investing in Shanghai’s real estate and his property gradually added up to 160,000 square meters.

By 1949, according to archive records, there were more than 3,000 Chinese merchants who owned up to 60,000 buildings and houses that covered more than 10 million square meters. Among the top 30, each had more than 30,000 square meters, including Pei Runsheng.

As architectural scholar Cao Wei wrote in his book, “Shanghai Housing After its Opening to Foreigners,” the villa features a Western steel and concrete structure and the newest modern equipment of its times for safety and comfort, such as steel-framed glass windows, air conditioning and an elevator.

At the same time, the Chinese influence is strong. The windows are decorated with the colored pattern of the Chinese character shou.

The swirling staircase is shaped like a huge dragon. The interior of the villa is lavishly embellished with traditional Chinese architectural details. There’s a room for a Buddhist shrine on the second floor. 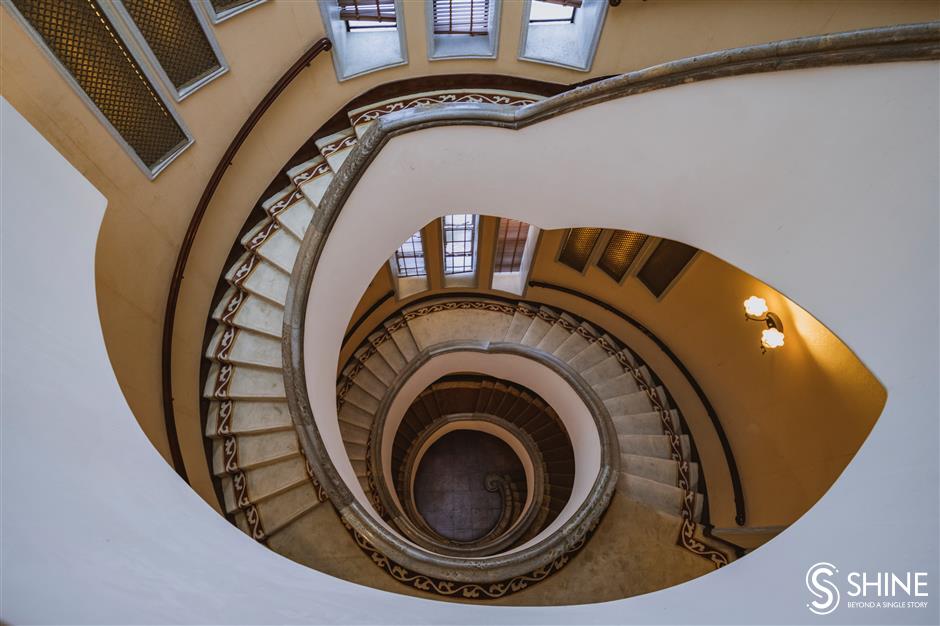 A view looking down the grand staircase from the second floor of the villa.

The East-meets-West Art Deco villa was designed by Chinese architect Gu Pengcheng who graduated from Tongji University and opened an architectural firm in 1935.

The style had been inspired by Russian ballet and the archaeological discoveries of ancient Egypt.

The Art Deco vogue coincided with Shanghai’s real estate boom from the 1920s to the 1930s and had a great impact on the city’s architectural scene.

“Just like New York and Paris, Shanghai was then a center of many Art Deco buildings,” Zheng says.

In 2015, when the World Art Deco Congress was hosted in Shanghai, the organizer chose to kick off the congress in the Pei Villa.

Fronting the facade which turned red and purple by a light show, the garden welcomed Art Deco aficionados from around the world.

Pei gave land on Tongren Road to his daughter as a dowry.

Wu commissioned renowned Hungarian-Slovak architect Laszlo Hudec to design the famous Green House, which was only a few minutes’ walk from the Pei Villa.

Both the Green House and the Pei Villa were equipped with an elevator — a novelty in private residences at that time.

The young I.M. Pei left Shanghai to study architecture in the United States in 1935, one year after the completion of this garden villa.

In the 1950s, the villa was used by the Shanghai Institute of Mechanical and Electrical Engineering.

The dancing hall was converted to a dining hall and the bedrooms on the upper floors became a dormitory for young employees.

Today, the villa with refractory brick walls has been turned into a boutique hotel and restaurant. Diners love to wander in the Suzhou-style garden and admire Chinese elements here and there, especially the wall of 100 characters of longevity inscribed by a family of long, successful history. 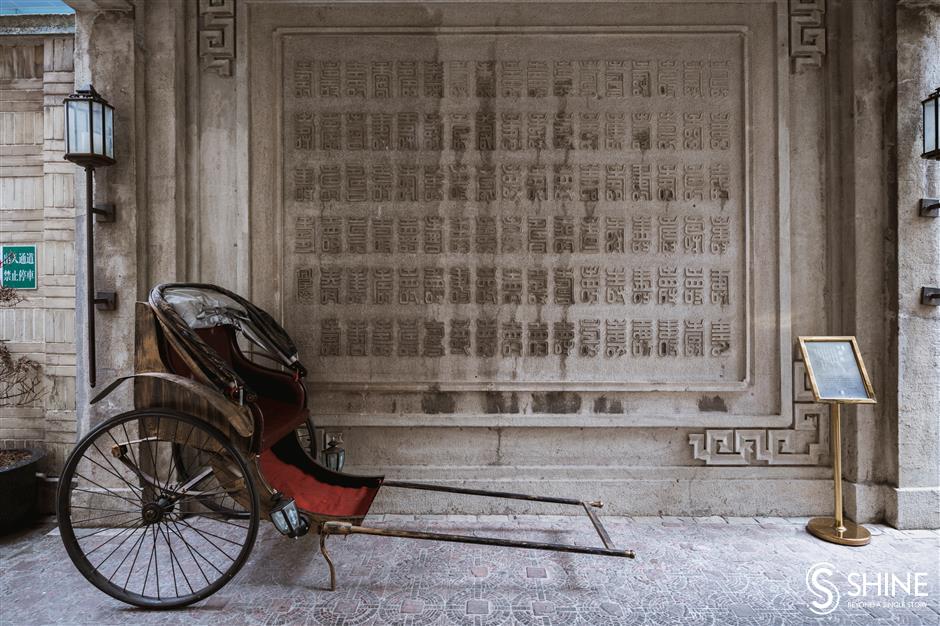 The wall inscribed with 100 Chinese characters shou, or longevity.

Tips: The garden villa is open to customers of the restaurant/boutique hotel.

The story of a dye merchant’s lavish Green House

It was a modern-style villa widely known as the Green House, which was regarded as one of the largest and most luxurious residences in the Far East.

The name comes from the green-colored glazed tiles on the facade and surrounding walls of the residence.

Wu chose the color green because he made his fortune selling green dye to the military and regarded this as his lucky color.

In 1927, he married the youngest daughter of Suzhou tycoon Pei Runsheng, who gave the plot to him as a dowry.

The gift was meaningful because the two roads’ Chinese names, Hardoon and Avenue, sound Wu’s Chinese given name, “Tongwen.”

The address number, 333 Tongren Road, precisely represented the size of the plot of 3.33 mu (around 2,221 square meters).

In 1935 Wu was barely 30 but he enjoyed an affluent life with a wife, a mistress and a bunch of children.

But that was a difficult job for Hudec since the new home would house such a big family and the plot was irregular and not very large. Besides, Hudec had to mix all the intentional space together to suit the family’s East-meets-West lifestyle.

His solution for housing such a big, influential family was a four-floor modern residence showcasing the essence of an organic architecture. The building has acute angles and a concise layout, which merges perfectly with the base. The main body faces the road on the north, which connects with the curved surrounding walls on the corner.

He also divided the building into two parts by function. The Western-style social space included a bar, a billiard room, a dining hall and the main bedrooms facing an open garden. The Chinese-style sitting hall, the ancestral room and servants’ room on the northern side are in a more closed style.

The southern facade is stylish. The cylinder-shaped sun parlor is four stories high, in contrast with the large balcony full of smooth curves that diminish as the floors rise. The cast iron patterns on the staircase and balcony are in Art Deco style. 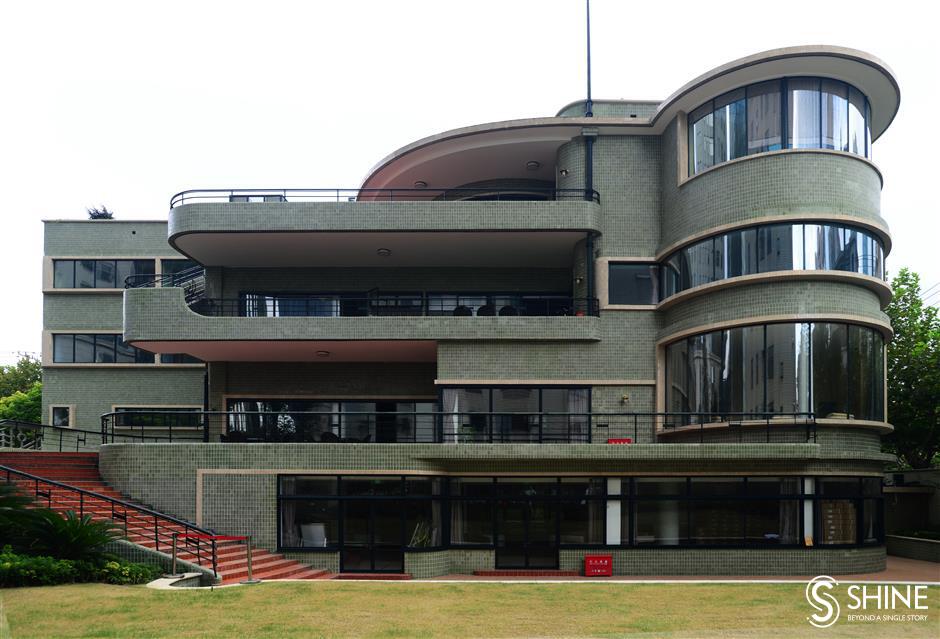 The Green House on Tongren Road