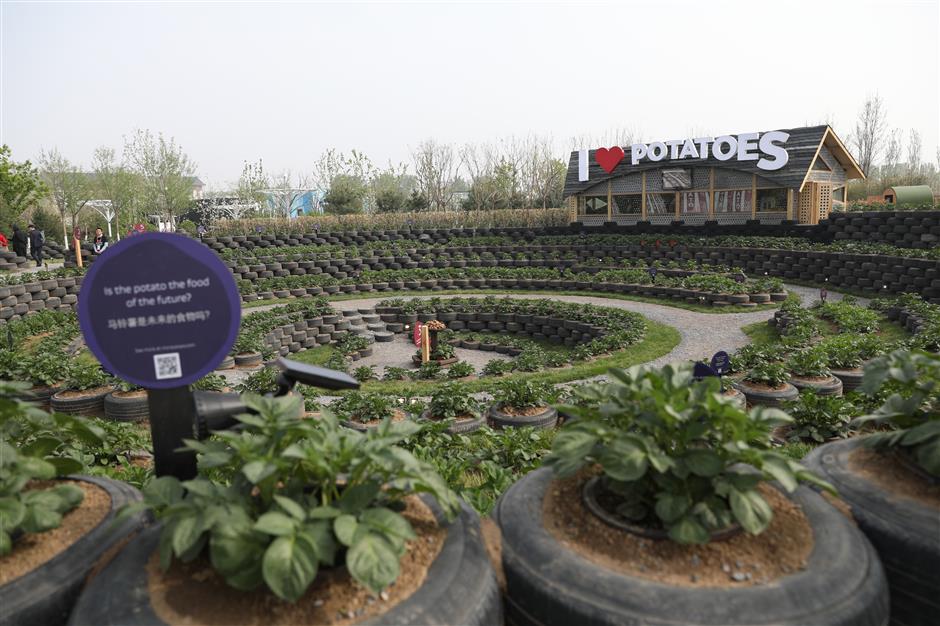 Countries and organizations have brought their “green views” to the Beijing International Horticultural Exhibition.

The humble tomato, in Chinese, has its etymological roots on the ancient Silk Road.

“We still call tomato fan qie in Chinese,” said James Pan, an antique collector who spent three days in Beijing viewing a series of exhibitions themed on the old trade route from China to Europe.

“Fan, meaning foreign, was the prefix that ancient Chinese gave to things, especially vegetables and fruits, that were introduced from foreign countries,” he said. “The tomato was basically called ‘foreign eggplant.’”

The Silk Road connected and even intermingled different cultures. Those exchanges are highlighted in a series of current exhibitions, including the gigantic Beijing International Horticultural Exhibition at the foot of the Great Wall, where Pan picked up the tidbit on tomatoes.

In addition to that exhibition, the National Museum of China is hosting two related exhibitions. One displays 234 cultural relics from China and 12 countries along the Silk Road; the other focuses on Asian civilizations, with more than 400 splendors from 49 countries.

It’s not as dry as it may sound.

“The fun part is that you not only get to see national treasures from different countries, but you can visualize and experience the influence of the Silk Road first hand,” said Pan, who spent three days in the capital viewing all the exhibitions. “You rarely get to see stuff from so many different places in one city, interwoven in ancient times with reflections today.” 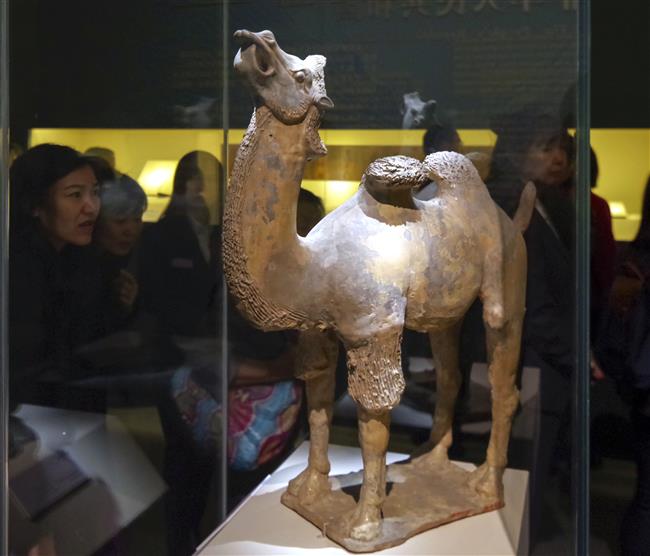 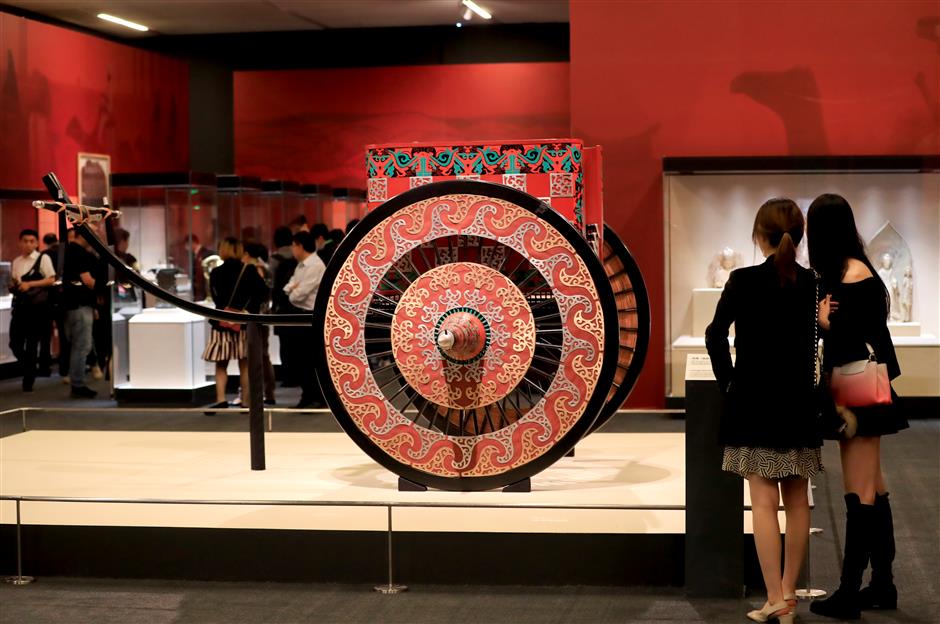 The National Museum of China is hosting two related exhibitions to highlight cultural exchanges along the Silk Road.

“Sharing a Common Future — Exhibition of Treasures from National Museums along the Silk Road” will run through July 14. It’s the first project of the International Alliance of Silk Road Museums.

All the participating national museums have selected from their collections what best reflects exchanges and shared influences along the Silk Road, be it trade, culture, religion or even weaponry. The exhibition is divided into the overland Silk Road and the maritime Silk Road, with further subdivisions for countries or regions.

The Russian State Historical Museum contributed items that reflect its metal craftsmanship from ancient times, including leaf-shaped spearheads of the Seima-Turbino culture, which was famous for bronze works found across northern Eurasia.

Relics from the Turbino culture, which existed about the same time as China’s Xia and Shang dynasties as early as 2000 BC, have been unearthed in China’s northwestern provinces of Gansu and Qinghai as well as in the central Henan Province. A spear with an attached hook from China is also on display for comparison.

“Exhibiting these cultural relics showcases the breadth and depth of the integration, mutual learning and collision of science and art among countries along the Silk Road,” Wang Chunfa, director of the National Museum of China, said in a foreword to the exhibition. “It reveals the historical inevitability of building a ‘community of shared future for mankind’ as the future direction of development in the world.”

Also on display are a Chinese cup from the Tang Dynasty (618-907) that somehow found its way to Latvia and was unearthed there; a Chinese-style porcelain plate made in Iran and collected by the National Museum of Poland; and a number of Chinese porcelains from excavations in Oman’s ancient capital Sohar.

Oman’s national museum has a large collection of Chinese relics, mainly brought to the country through the maritime Silk Road. Trade from Oman dates back as early as the 8th century, and some Omanis were even appointed as officials by Chinese emperors in later centuries.

The National Museum’s second exhibition is entitled “The Splendor of Asia — An Exhibition of Asian Civilizations.” It will run through August 11.

The exhibition features more than 400 relics from 49 countries, showcasing Asia’s ancient cultural diversity, interaction between civilizations, and joint efforts of China and Asian neighbors in projects such as archeological excavations and protection of cultural relics. There are also gifts that were exchanged among countries.

The National Museum has gathered treasures from museums and institutions around the country that are rarely exhibited at one spot, such as a prehistoric bronze plate from Shaanxi Province and royal lamp from Hebei dating back to the Western Han Dynasty (206 BC-AD 25).

There are also prehistoric statues from Pakistan, a Jordanian stone statue from the 1st century, and Arabian glass bottles from the 6th to the 10th centuries.

The Beijing International Horticultural Exhibition runs through early October, with the easy-to-use mobile app, Expo 2019, available in both Chinese and English. It contains information on tickets and transportation, maps of the site and highlighted events.

The exhibition is staged in Yanqing, which is near the Great Wall of Badaling and is much cooler than downtown Beijing in summer. It features more than 1,200 plant species from China and overseas, including many rare ones.

More than 110 countries and international organizations have brought their “green views” to the expo, which is themed “Live Green, Live Better.” More than 120 non-official Chinese exhibitors are also participating, including a rooftop bookstore that specializes in nature and plants.

“It is really quite an experience here,” said Beijing student Lin Wanke, who was visiting the expo with his parents from nearby Hebei Province.

“There are many parts I didn’t get the chance to visit, which is a pity, but I’m quite happily overwhelmed already by the creative pavilions and gardens from around the world.”