A piece of paper-cut work by Luan Xuchu

A paper-cut art exhibition featuring 400 works runs through August 18 at the Crafts Museum of the China Academy of Art. As a folk craft practiced nationwide, these exhibits reflect different cultures and folklore in China.

In 2009, paper cutting was included on the Representative List of the Intangible Cultural Heritage of Humanity by UNESCO, which pointed out it is a “popular art integral to everyday lives” in China.

Traditional paper cuts were usually red and shaped to fit inside windows.

In modern days, printed plastic chuanghua dominate the market by virtue of resistance to decaying and fading. However, paper cutting is still valued as an art because of its great beauty, creativeness and virtuosity. 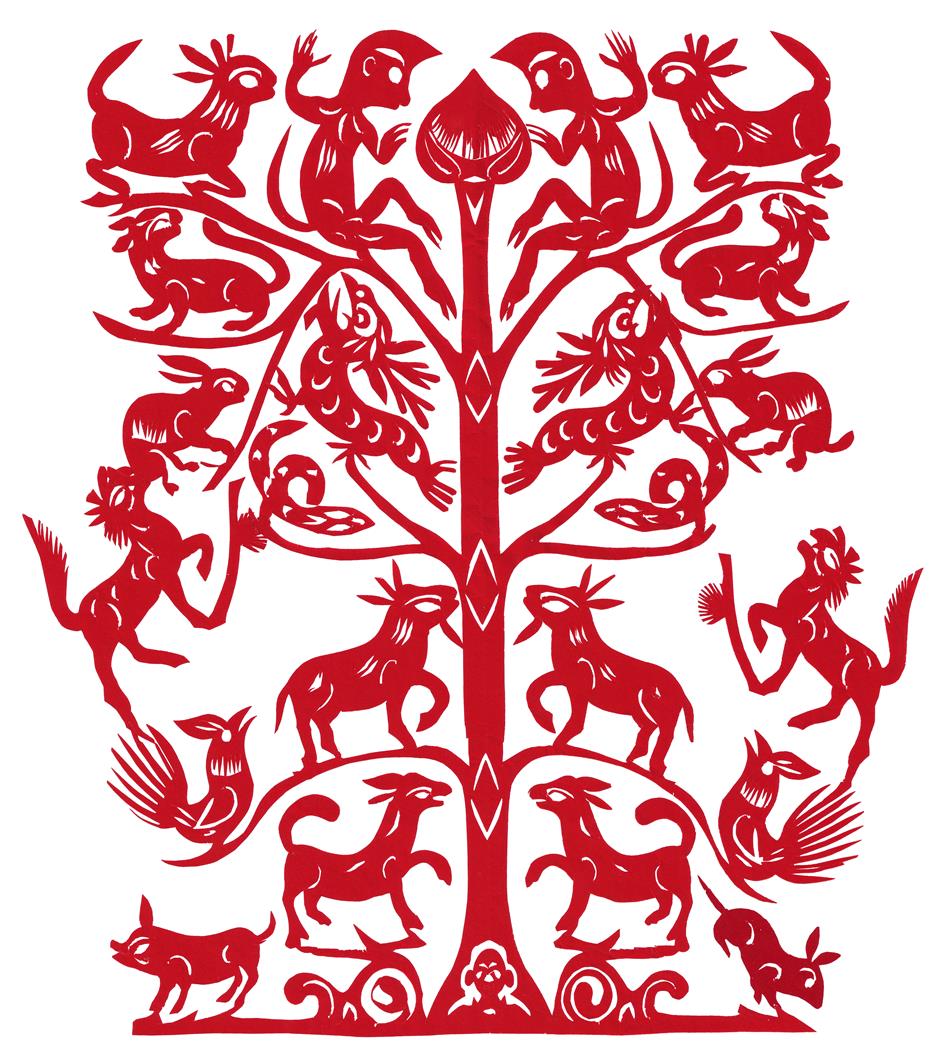 A piece of paper-cut work by Peng Fennu

For the exhibition, organizers categorized works according to different styles, ethnic minorities and regions.

On the Loess Plateau, which mainly covers Shanxi and Shaanxi provinces but also extends into Gansu, Inner Mongolia and Ningxia, people live in yaodong, or house caves carved out of hillsides.

Chuanghua became a type of common decoration for their simple houses. Local women cut shapes on the theme of agriculture, like ploughs and harvesting, reflecting the harmonious relationship between humans and nature.

Traditional subjects, such as flowers, animals and characters, are also common themes. And like many other forms of art in China, they are full of symbolic meanings. Folklorists consider they reflect thoughts of fertility.

Paper cuts are also hoped to ward off evils when plastered on doors. Artists cut deities and figures from legends in a bid to get rid of ailments and be blessed. Such works epitomize regional religions and customs in different areas.

Shamanism dominates northeast China, especially among the nomads of the deserts and prairies. Locals cut figures of shaman to symbolize natural power and good virtue, in an effort to pray for good luck.

Traditionally, cutting paper was a female art or craft to express women’s creativity. In the past, girls were expected to master the art. Brides were evaluated on their homemaking skills that included paper cutting. They tried to showcase traditional morality and mild temperament through their works.

In coastal areas of southeast China, women cut motifs of shrimp, fish, chicken and ducks, and then put them on food or use them for worshipping ancestors during rituals, with the aim of praying for good fortune.

Paper cuts from the Yangtze River Delta have been influenced by local embroidery, featuring smooth lines, sophisticated patterns and bold outlines. Sometimes, the skills of calligraphy and ink-wash painting are integrated for more elegance.

Date: Through August 18, closed on Mondays 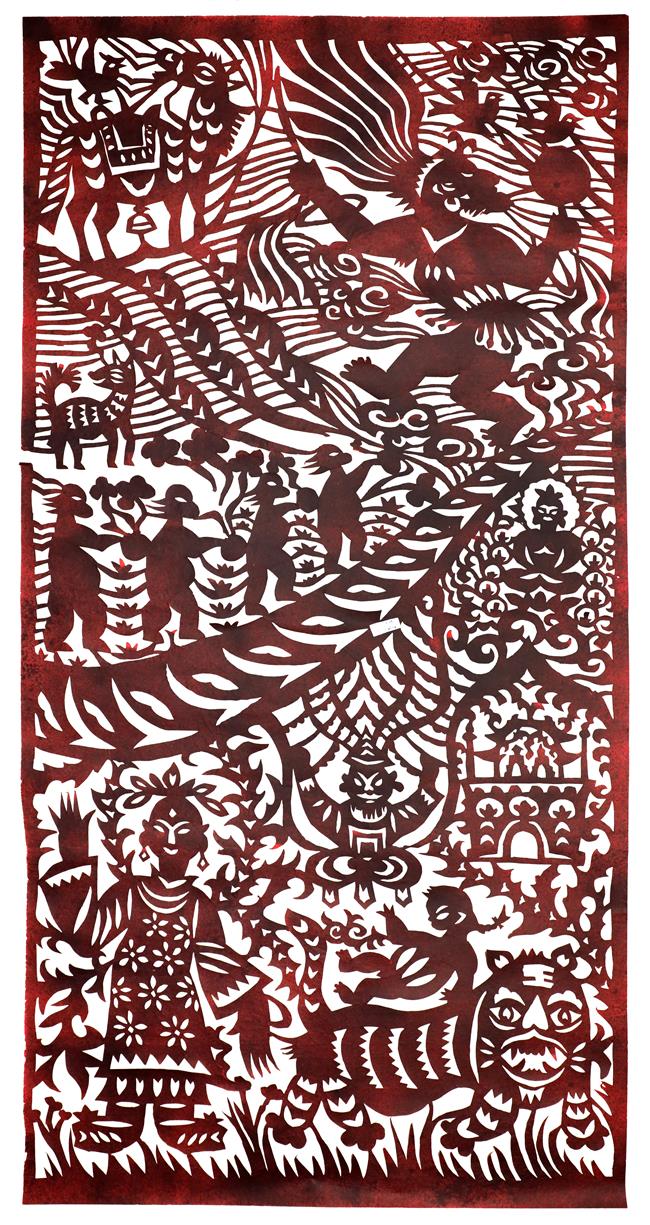 A piece of paper-cut work by Zhang Bo