Seeing through the eyes of a blind Magar 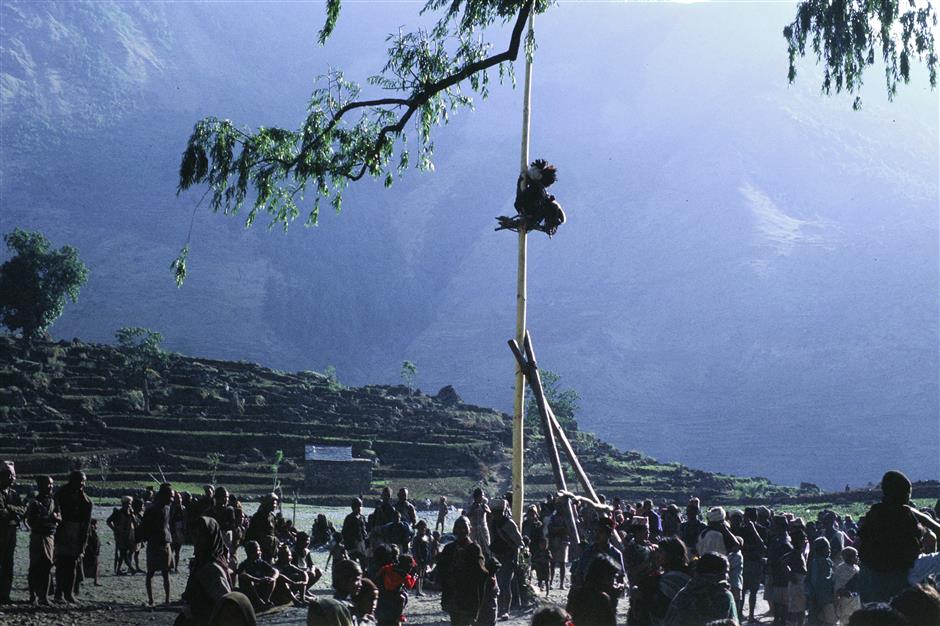 The initiation process to become a proper shaman with visions in Magar, western Nepal.

The humble Magars believe they are blind. They don’t mean they suffer the physical defect of not being able to see. They use the word blind as a metaphor for being “stupid or narrow-minded” for lacking in spiritual and moral foresight.

Inhabiting the lower slopes of the Himalayas, these hill farmers believe that they not only live in a land of shortsightedness, but also in an era of evil. Therefore, the only ones who can see among them are the shamans, and the only light that comes is through the profession of the shamans.

“It is not important if I believe in their life and healing practices or not. It is important for me to record what they believe themselves,” said cultural anthropologist Michael Oppitz at a recent screening in Shanghai to launch the Chinese film version of “Shamans of the Blind Country.”

Oppitz traveled to the Magar habitat in western Nepal three times in the late 1970s to research their form of shamanism. Accompanied by a small film team, he discovered the camera was an excellent companion for the ethnographical gold standard — field research. 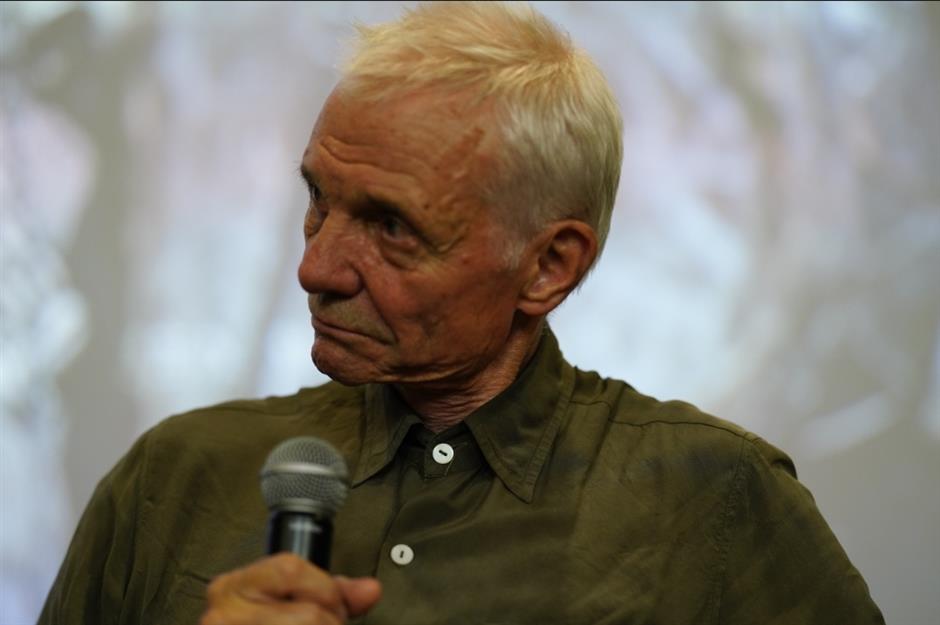 “There are local people who believe more, and others less. Some shamans say everything we are doing is rubbish, though he does it all the time. So criticism to belief, I think, is irrelevant. It is better to take their belief or non-belief serious, and be humored about their religion,” he said.

After each three-month stay with the Magar, his three-person team would then wait in Kathmandu for the 16mm footage he had sent to be developed in New York to be returned. The resultant 35 hours of material were later edited down into an almost four-hour film.

The documentary shows shamanism in the lives of the Magar in all its variety and range. It participates in many rituals and seances the shamans perform to cure their patients’ illnesses and avert their misfortune.

There are more than two dozen thematic blocks, such as hunting, fishing, agricultural, pastoral and domestic activities, barter, funeral rites, collective work teams, and the many themes of shamanism, including mythological singing, healing, pre-initiation rites and initiation, future telling and death, all intertwined with one another.

“I had no view when I went to my tribe, but when I came back, I came to the conclusion that I could only describe it with a holistic attitude toward their society,” Oppitz said.

The documentary had attracted attention far beyond anthropological circles, after its world premiere in 1980 in New York, and then at the 31st Berlin International Film Festival the following year.

“It is not only its subject matter that made it swiftly advance to become a classic of visual anthropology, but also its sense of precision and rhythm and diligent treatment of language. And its impact can still be felt to this day,” said Shanghai cultural anthropologist Zhou Lei, who aims to use theater as a form to address the seriously divided public.

To Zhou the performing arts such as theater, film, dance and music are a microscope of thought from which everything seeks to fly but nothing escapes.

The old footage of Oppitz was later restored and digitalized in German in 2014. 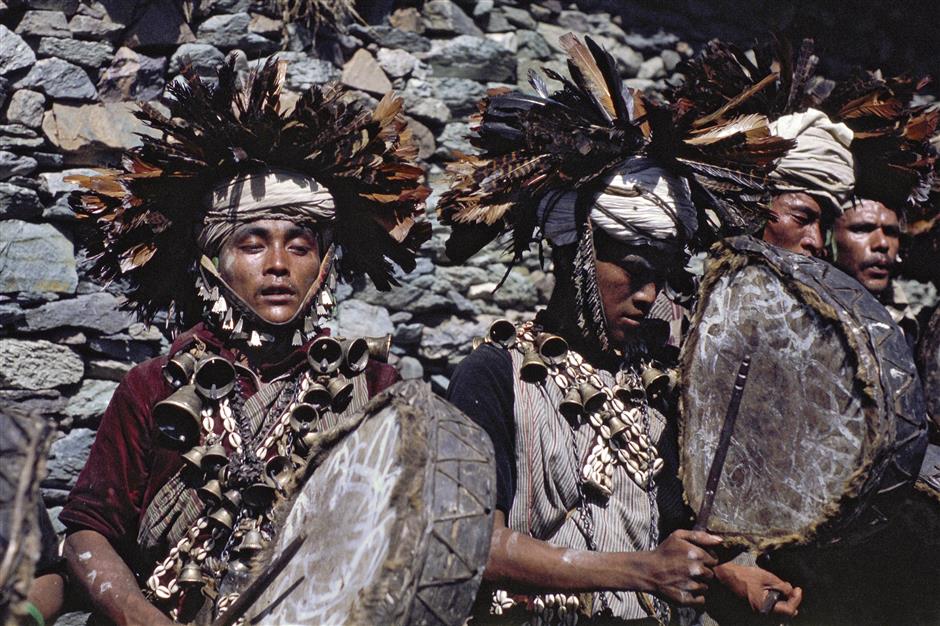 Shamans in Magar, western Nepal. Their whole profession is one great piece of art, in the way they use feathers on their bodies and the way they make use of the drum in epic chanting.

“In my opinion, exactitude is what really counts. It produces an aesthetic of its own, a beauty that does not follow the standard rules of artistic conventions. I think I could not have made that scene more poetic; it would never have had that power had I just chosen some nice landscapes. Things fall into the right place, when you have shot in the right moment and at the right place,” said Oppitz.

Oppitz has conducted several other field surveys, including the Sherpa clans in 1965, the Naxi people in China’s Yunnan Province between 1995 and 1996 and the Qiang ethnic group in Sichuan Aba Tibetan and Qiang Autonomous Prefecture between 2000-01.

He was also the director of the Zurich Ethnographic Museum from 1991 and retired honorably in 2008.

As to traditional cultural changes over the past decades, Oppitz said it was all inevitable. He mentioned the three most elementary changes: electricity, roads and digitalization.

“As these changes are ongoing, traditions will dissolve or disappear. In 50 years their unique way of life will be history, archival dust. They will have to watch our film to know about their past cultural identity. And for that very reason, we, as anthropologists, make documents about that one particular period or one particular moment in history. So in the future we can understand our past for the present,” the 77-year-old said.

Screenings of the documentary are taking place across the country, with stops in Shanghai, Nanjing, Wuhan, Kunming, Chengdu, and in Beijing on July 25. A series of lectures on the art of chanting, ritual studies, anthropological writing, editing as well as documentary filmmaking, accompany the screenings. 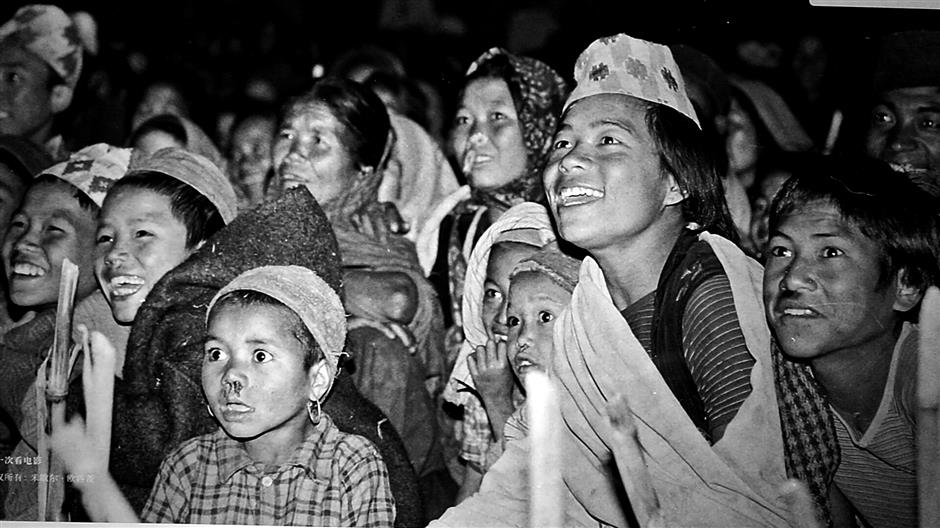 Villagers watch the film with great astonishment and revelation at the first screening at the cornfield in the village in 1982.