Artists find their inspiration in a perfect environment for creative ideas 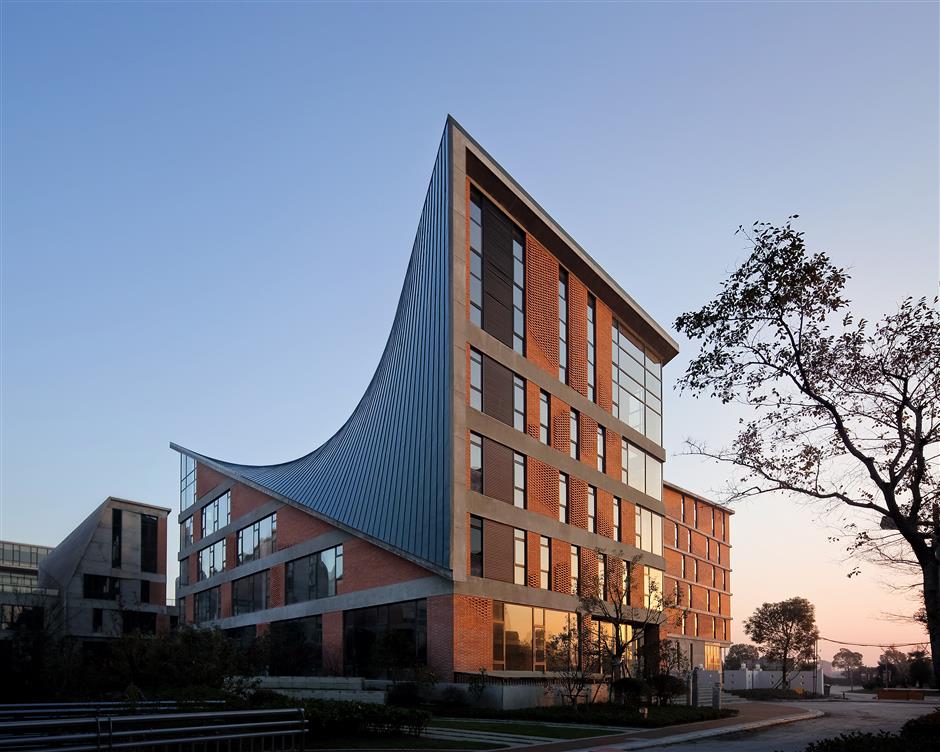 Painter Qi Wenzhang moved his studio from Songzhuang Village, an art hub in Beijing’s suburb, to the Xinqiao Art Zone of Songjiang District three years ago.

“A big reason for me being here? It’s a really quiet place, which is very good for art and creative thinking,” he said.

Qi’s studio occupies half of a floor in a building that functions as a work space, a storehouse for dozens of large-size paintings and a simple living area. “I can fully concentrate on my work now.”

Qi is not alone in thinking that the Xinqiao Art Zone is the perfect environment for art, design and creativity.

The 310,000-square-meter zone, comprising more than 100 buildings of different functions from individual work studios, galleries, a museum, a library and exhibition halls to auction houses, antique shops, art foundations and design companies, has become the city’s largest base for the arts and culture industry and has attracted almost 100 artists and art institutions to settle in.

“Quiet, clean, cozy and not too far from downtown Shanghai, the Xinqiao Art Zone might be the ideal place for artists and designers to get inspiration,” said Qiao Wei, the zone’s art director. So far, the zone has been home to artists engaged in sculpture, painting, installations, photography, calligraphy and folk art. About 60 percent of them are young and promising, aged from 30 to 40, and 20 percent are foreign artists.

The complex’s first and second phases that opened in 2009, however, were not art-oriented at first. With the increasing rents in some major creative parks in downtown Shanghai, the city’s artists started to look for new affordable niches on the outskirts.

The preferential policies Xinqiao offered seemed inviting. “We allowed some of our artists to pay part of the rent with their work at the beginning, one way to lessen the financial burdens of young starters,” Qiao said. 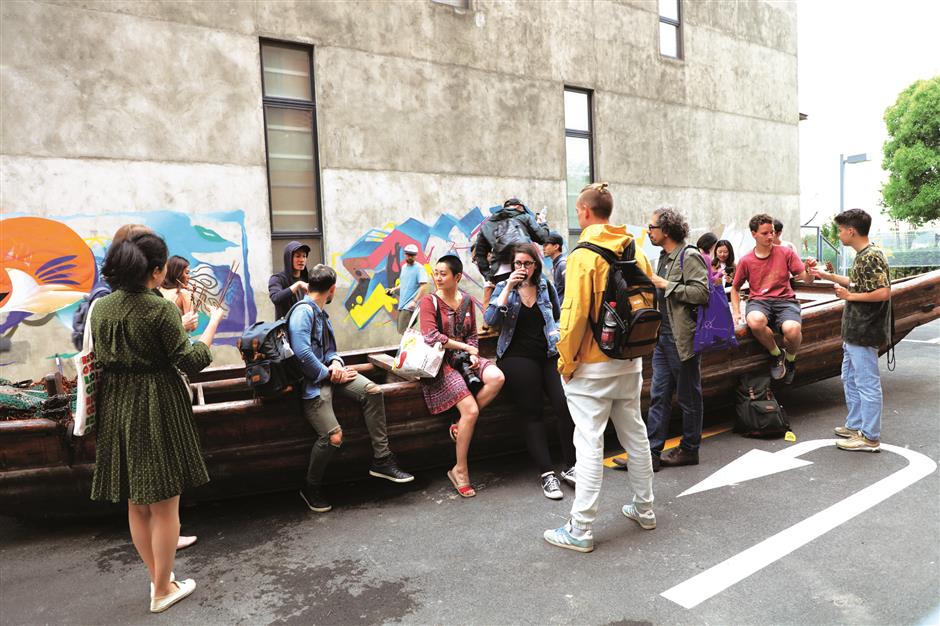 The Xinqiao Art Zone plays a role of “creative brain,” which forms a complementary pattern with the West Bund art corridor and the M50 Art Park.

Since 2014, the zone has positioned itself as an art hub as more artists and art institutions flocked in.

“It’s more than a complex of office buildings, which we still welcome. It’s a new community, where artists can create, inspire each other and exchange ideas,” Qiao said.

So far in the zone, 50 percent of the artists and art institutions are local, 30 percent are from major places such as Beijing, Hangzhou, Chongqing, Jingdezhen, Taiwan and Hong Kong, and the rest are from overseas including the United States, Germany, Spain and Finland.

Art teachers from the Shanghai Institute of Visual Arts, China Academy of Art, Sichuan Fine Arts Institute and some universities have opened their art studios in the zone, while there has been space spared for global art activities to attract promising foreign artists. Programs to support young art graduates are launched every year.

“The art environment in Shanghai is quite different from Beijing’s,” Qi said, who had painted in the capital’s Songzhuang Village for many years. “Artists in Beijing preferred to meet together often, drink beer and talk for day and night, but here in Shanghai, they tend to stay and work alone, which gives me more time and space to think and get focused.”

Artistic creation need solitude, but it also requires inspiration and mutual exchanges at the same time. “We’ve already realized the difference, and the art zone is trying hard to establish a free, open platform for artists, where they can interact with not only each other, but also visitors, industrial practitioners and potential buyers from China and abroad.”

Since the zone’s repositioning in 2014, every year it has held more than 50 art exhibitions, lectures and studio open days, emerging as a new highland of art and culture in the city’s southwest.

Jin Shan, a 42-year-old sculptor, was among the first batch of artists to Xinqiao in 2014. “Rental was my first concern at the time. Compared with some mature downtown art parks, Songjiang was affordable for me,” he recalled. “It was almost 6 yuan (87 US cents) a square meter downtown, but Xinqiao was about 0.8 yuan five years ago.”

As one of the earliest settlers, Jin enjoyed the preferential policy of “artwork for rent.” “I’ve never seen any other industrial park dong so in China. It’s quite far-sighted,” he said. Jin’s 200-square-meter studio is typically messy and crowded with various tools and half-done plastic creations.

“It’s still not big enough because sculpture requires a large space,” he said. As it is all handmade, Jin can make at most two art pieces a month if he works eight hours a day and seven days a week without a break.

Most of his works are exhibited in art galleries around the world or bought by private collectors. “It was quite a luxury to have a big workshop for a young artist, and I might have some luck that I’m still doing what I love today,” Jin said. 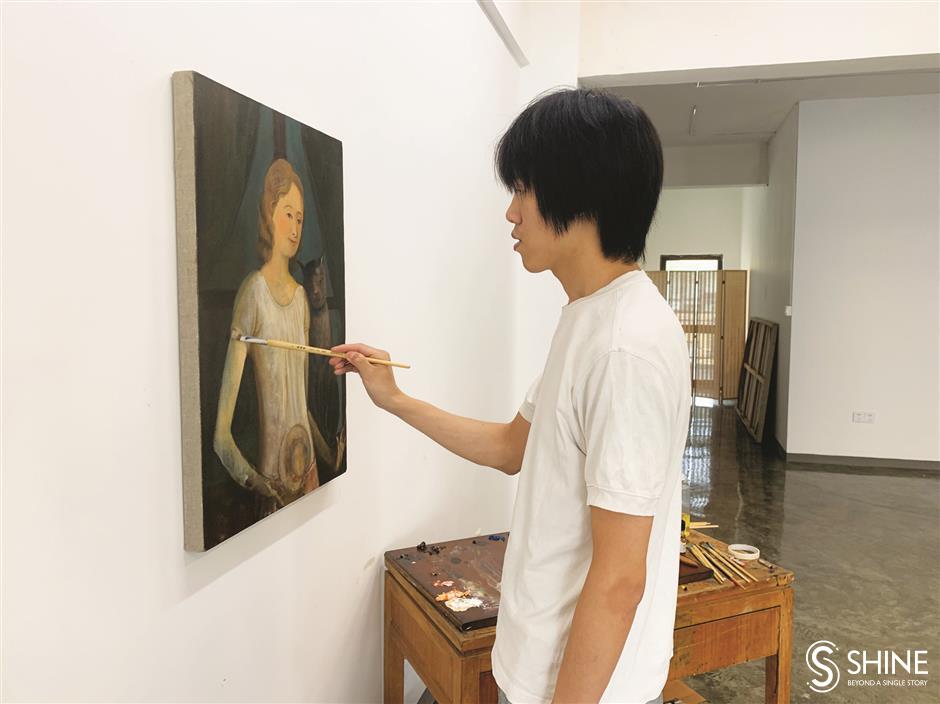 Oil painter Ji Xin moved his career from Hangzhou in Zhejiang Province to Shanghai in May.

“To be honest, the rental here is pretty much the same as in Hangzhou. What attracts me to Xinqiao is the art environment,” Ji said.

Ji’s studio, about 200 square meters, looks tidy. The walls are decorated with some of his half-finished paintings and a small side room serves as the bedroom.

The 30-year-old, who has a contract with a Beijing-based gallery and has put on several solo exhibitions, is one of the few successful young painters in China.

“It’s no easy job to be a full-time artist,” he said. “The art exploration is painful and lonely, and takes time. So it’s important for me to change to a new environment, get some new air and find new artistic breakthroughs.”

In addition to contemporary art, the Xinqiao Art Zone values antique collections and traditional Chinese art. The art centers that have settled in the zone collect artworks such as ancient pottery, stone carvings, ink paintings and calligraphy, a warm-up for the coming-soon art auction and trading. In the near future, the zone will develop a new industrial chain, including online art dealing, an art bazaar, art derivatives and an art copyright agency.

Shanghai has risen to become an important world city for art creation and art trading with its fast development of art expos, shows and fairs in recent years.

“As the city’s largest art hub, the Xinqiao Art Zone plays the role of ‘creative brain,’ which forms a complementary pattern with the West Bund art corridor and the M50 Art Park, jointly setting up a new art structure in Shanghai,” Qiao said. 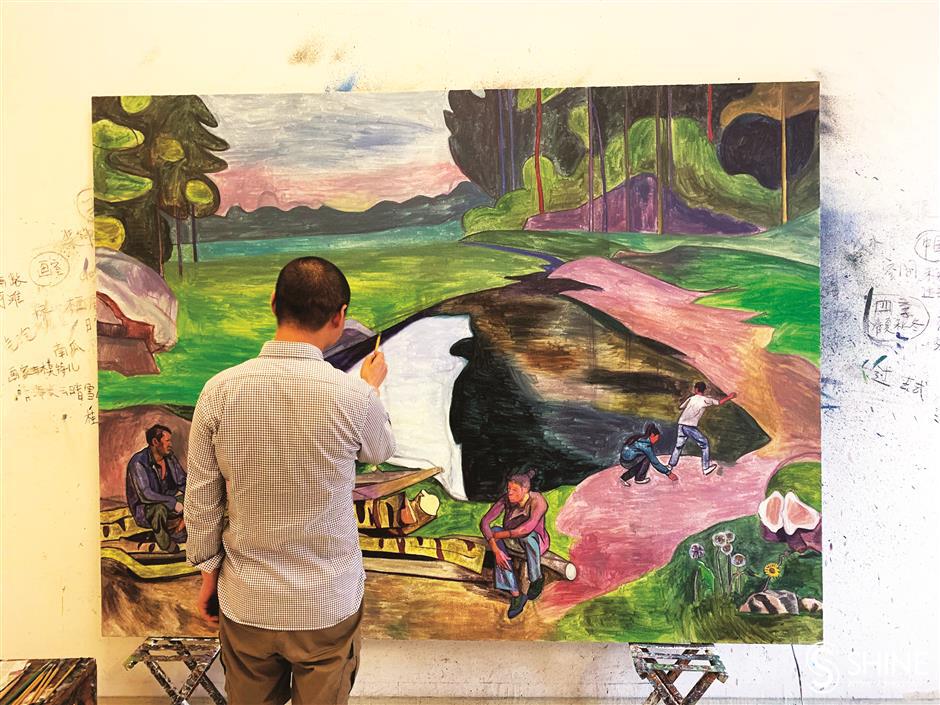 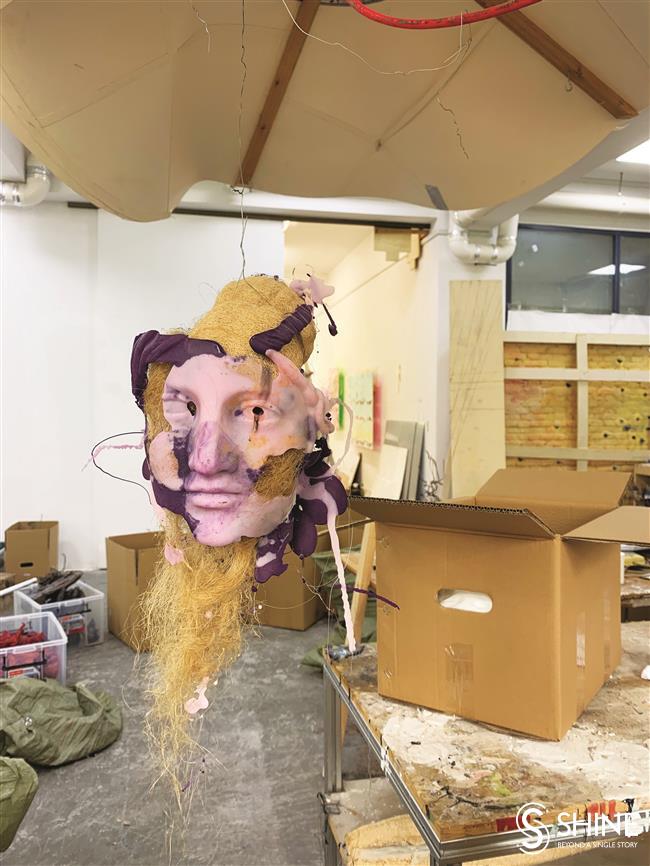 Exhibitions of old Japanese paintings, pottery, guqin zithers and flower arrangements are among the summer events held at the Xinqiao Art Zone.