Dance play adaptation is fit for a Little Prince 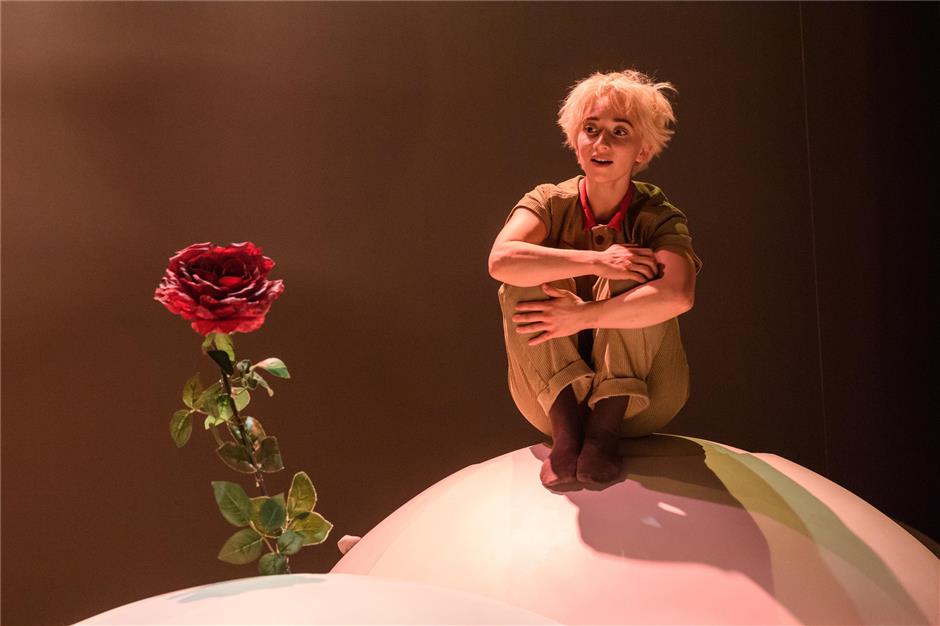 When commissioned by UK contemporary dance centers The Place and DanceEast to create a “family show,” choreographer Luca Silvestsrini went on a search of a title that people will recognize and a story that suits every member of a family.

It was the first time that Silvestrini has worked on an existing story as his dance company Protein had always performed original pieces.

The classic tale of “The Little Prince” by Antoine de Saint-Exupéry was Silvestrini’s final choice.

“I read the story when I was a teenager and it’s a story that really stayed with me,” said the artistic director of the British company. “It’s not the usual classic fairy tale.”

The dance play adaptation of best-selling book opened at the Shanghai International Dance Theater last weekend, attracting an audience ranging from toddlers to the elderly.

“I wished to stage a magical, entertaining yet meaningful and poignant story about love, friendship and loss, about children versus adults, about the things that really count in life against the materialistic, calculated and serious world of the grown-ups,” Silvestrini said.

“The story discloses important messages such as ‘what’s important is invisible to the eye,’ and ‘you are responsible for what you have tamed.’”

Beloved by children and adults around the world, “The Little Prince” tells the story of a pilot stranded in the desert after crashing his plane. The pilot meets an inquisitive boy, the Little Prince, who tells him a remarkable story of how he left his own tiny asteroid and journeyed through the universe.

The book, although a small one, is packed with dense information and many characters. Bringing those characters and the Little Prince’s journey onto a stage was a challenge for Silvestrini and his team.

Silvestrini also trimmed some characters in the book and only kept the ones of garden of roses, business man, rose, snake, king, the fox, lamplighter and geographer in the 70-minute show.

“I chose Faith because she gave me the impression that she was the incarnation of the Little Prince when I saw her in the audition,” said Silvestrini about the casting, “Her voice, height, personality, energy… she is brilliant for the part.”

As the story is told by the Little Prince to the pilot about his journey across the universe, the creative team of Protein uses many means to distinguish different scenes on the stage, such as lighting, music, performer’s positions and costume.

The stage is a white background as a blank canvas while the lighting is colorful, giving the scenes a sense of contrast.

Composer Frank Moon gives the play a versatile sound track by assigning a different style to each moment and character.

All the characters the Little Prince meets on different planets in the universe who are greedy and ambitious adults have a big and ridiculous look, because in the book “the adults are strange, odd and bizarre,” according to Silvestrini.

“It’s a strong book about the differences between a child and a grown-up,” he said.

“We had to turn it into a fun and entertaining show and keep a balance between entertainment and the message it sends. The show is full of surprise. It keeps people on the edge of their seats. They don’t know who is coming up next.” 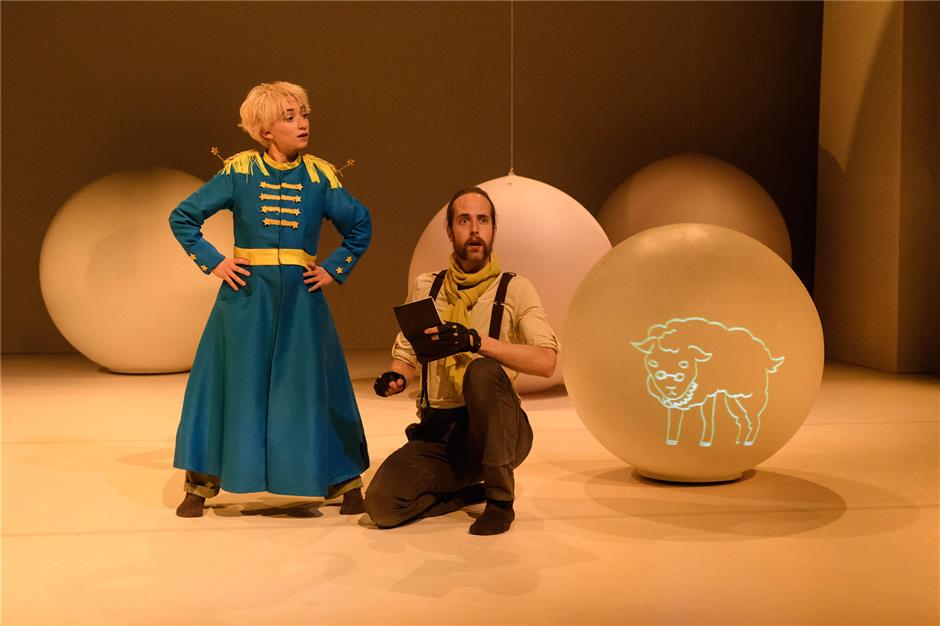 Faith Prendergast and Karl Fagerlund Brekke in the classic tale “The Little Prince.”

The team did an excellent job in keeping the show attractive, especially for the young ones. Unlike many other dance performances, which mainly use body language, there are many dialogues between the characters on stage.

Although all of them are in English with Chinese subtitles, it didn’t stop the young audience from being entranced.

“What I like about the story is that you can engage with it according to where you are in your life,” Silvestrini said.

He expects children and adults to have different perspectives of the show.

“There are lots of things you can take away, no matter if you are engaged on a visual level or on a story level,” he said.

One of the most distinctive voices in British dance theater, Silvestrini has been using a blend of original choreography, text, humor and music to entertain and provoke audiences since 1997. He started dance company Protein 21 years ago with his college friends.

Silvestrini and Protein are well known for connecting theatrical experiences with the everyday and real-life stories that engage audiences and participants in both on-and-off stage productions.

“Theater for me is about connection,” he said. “It’s about creating a link with our emotion and life events.”

That’s why he has presented work in unusual settings such as pubs, parks, stairwells, community centers, gentlemen’s clubs and even shop windows.

Protein is the winner of the Critics’ Circle National Dance Awards 2011 for best Independent Dance Company and was nominated again in 2016 in the same category.

Shanghai is the first international touring destination for “The Little Prince.”