The archeological ruins of Liangzhu city, newly inscribed on the UNESCO World Heritage List, will be better protected thanks to joint efforts by the Hangzhou and Zhejiang governments.

Excavations will also be accelerated.

It is the core of the ancient Liangzhu Civilization, the earliest civilized state in China, which covered today’s Shanghai, and Zhejiang and Jiangsu provinces.

The Ancient Liangzhu Ruins Park, which was built by Yuhang District government, opened to the public this month.

Only a few foundations of the ancient settlement remain today because they were built of clay and wood. However, the park retains some of the original appearance of the site, melding with the natural environment of waterways and wetlands. It serves as a platform to display the ancient civilization and showcase its universal value to the public.

“Merely replicating the ruins doesn’t work,” said Liu Bin, director of Zhejiang Academy of Archeology. “The soil layers and excavation sites should be displayed in a bid to let visitors understand the artificial landform of Liangzhu. Protection and demonstrations should be emphasized along with archeological work.”

In the future, the academy will expand excavation areas so the public can view work in progress.

Liu has been excavating Liangzhu since the 1980s.

In 1986, he and his colleagues found the tomb of a king, which was regarded as an archeological breakthrough. The local government immediately implemented protective measures.

In 1996, the 42-square-kilometer area was officially protected by the central government.

“If the government had allowed people to erect buildings on the sites once we finished excavation, the ruins would have not been preserved, not to mention being added to the UNESCO heritage list,” Liu said.

Over the years, 11 early-stage dams and the surrounding agricultural area have been excavated, bringing the past glory of Liangzhu to light.

“These dams were the earliest artificial water system in the world,” Liu said.

“Building the huge infrastructure required command-in-chiefs, a large labor force and social cohesion. Liangzhu was a civilized state with high organizational capacity, not just a tribe.” 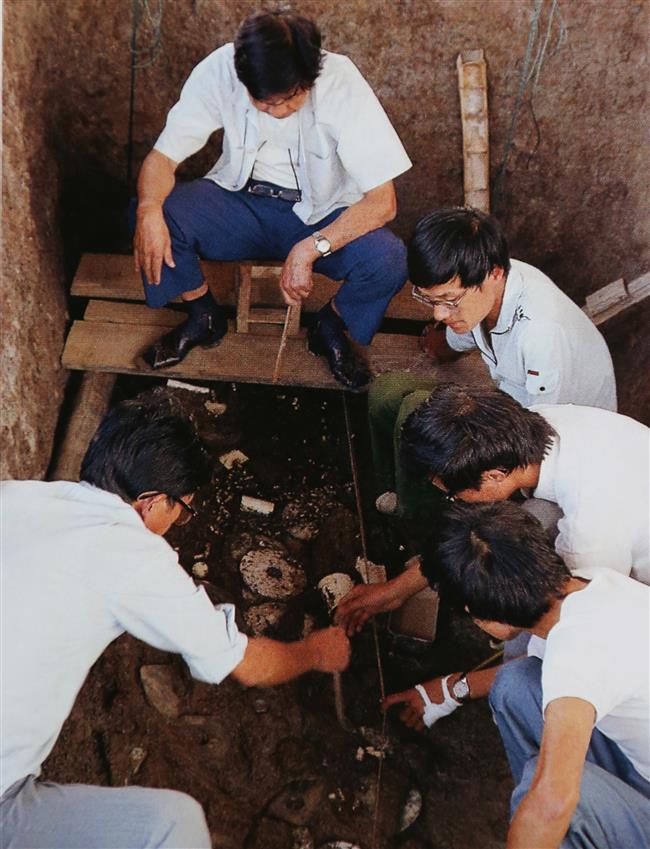 Traditionally, a writing system, a city and the capability of forging metal are the three keys to verify a civilization. However, the criteria cannot be applied to grade Liangzhu.

“Though Liangzhu didn’t have a mature writing system, its big city layout and water system are enough to prove it was a civilization,” Liu said.

“The people of Liangzhu also made exquisite jade items, indicating its social structures could support a production chain.”

Professor Gao Menghe from Fudan University said: “The motifs demonstrate the existence of a regional state with a unified belief system. They were often found on jade wares used for ritual.”

Liangzhu is believed to flourish at the beginning of the ritual system.

Yucong, a large jade cylinder with a hole in the middle, yuyue, an axe-like jade ware, and yubi, a jade circle, are the three main objects used for ritual.

“They had symbolic meaning rather than practicability,” Gao said. “Liangzhu had a rigid ritual system that laid the foundation of social order and stability.

“Ancestors used varied shapes and sizes of the three objects to designate hierarchy.”

Researchers believe the ancient state had four social classes. Jade, silk, ivory and lacquer artifacts were unearthed in sites where the elite were buried, while pottery was found in the burial plots of poorer individuals. 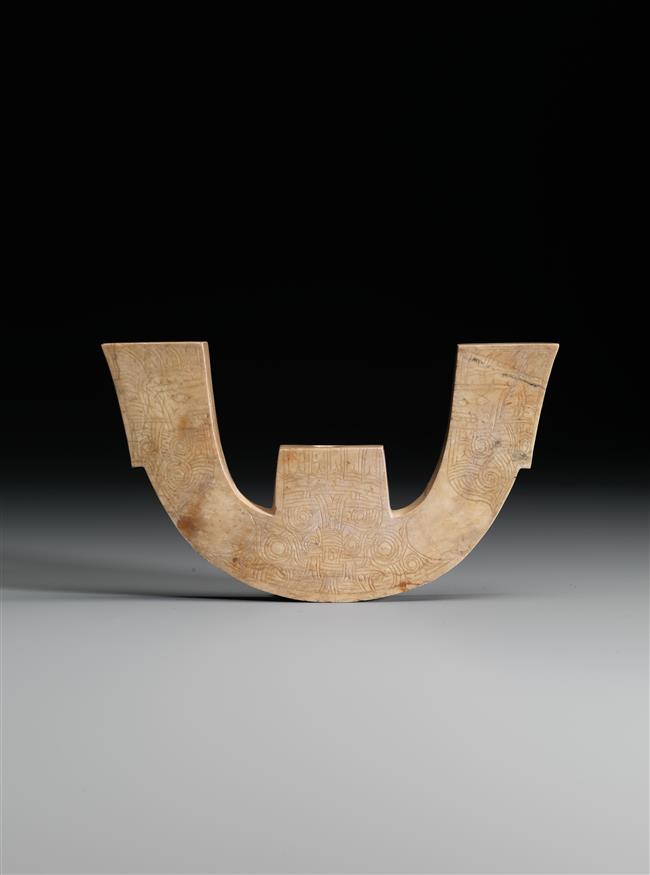 A piece of jade accessory from the ruins of Liangzhu city

In the future, Liu and his team will expand the excavation area through a step-by-step plan with the cooperation of archeological academies from Shanghai and Jiangsu Province.

“The current excavation only accounts for 10 percent of the ruins,” Liu said.

“The archeological ruins of Liangzhu city are only a small part of the site. High-class tombs were also discovered in other cities. In the future, we will figure out the state domination mode.”

It was the largest workshop discovered in China — more than 1,600 jade materials and primitive stone tools were uncovered.

It was believed to be a jade production center for Liangzhu Civilization.

Other excavations are underway in Xianju County, the middle of Zhejiang Province, and Zhoushan City of eastern Zhejiang.

To demonstrate the value of the cultural site in a professional and vivid way, archeologists from Zhejiang Academy of Archeology have published book series themed on Liangzhu’s archeology this month.

In addition, an ongoing exhibition in Mojiaoting Bookstore of Ancient Liangzhu Ruins Park presents pictures and archives of the archeological work from past 10 years.

Most documents come from Ma Li, a journalist from Hangzhou local newspaper, Qianjiang Evening News. She has been reporting the excavation for more than eight years.