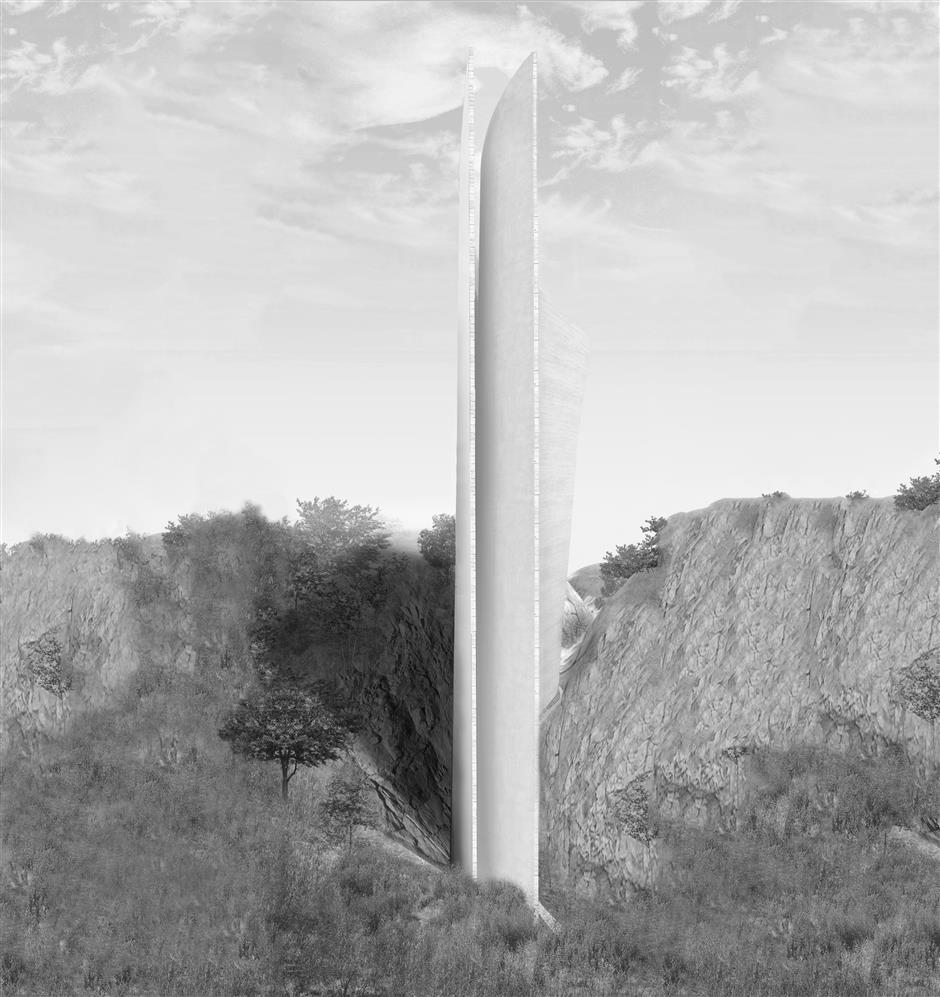 What is free architecture? Can it move or can it grow?

Titled “Junya Ishigami: Freeing Architecture,” it will be the first solo exhibition by Ishigami, the winner of the Golden Lion Award at the 2010 Venice Architecture Biennale in China.

A leading and distinctive figure of the new Japanese architectural scene, Ishigami has created a conceptual and poetic body of work in which landscape plays a pre-eminent role.

The exhibition features nearly 20 architectural projects in Asia and Europe. It sheds light on the process of his concept realization through large scale models, architectural drawings, design manuscripts and films.

“Free architecture, in my eyes, is sustainable architecture,” he explained at the opening lecture. “When I first design a project, I usually think how its function might be changed, how to move it, how to demolish it.”

Ishigami recalled his feelings when standing in the Pathenon Temple.

“I was totally taken at that moment, even though the original contour of the architecture could hardly be traced,” he said.

“But the building itself, no longer a temple, still draws admirers around the world. If this temple was not built in that particular position or if it was just built in a downtown area, then its charisma wouldn’t last for centuries.”

Born in 1974 in Kanagawa Prefecture, Japan, Ishigami graduated from Tokyo National University of Fine Arts and Music with a MFA degree in architecture in 2000. He founded his office, junya.ishigami+associates, in 2004.

His style inherits the delicate, light and natural features of Modernist architecture in Japan. He explores the relationship between landscape and nature, the transparency and ambiguity of space, and at the same time, emphasizes locality and globalization.

The highlight of the exhibition is “House of Peace,” commissioned by Danish NGO HOPE. It is an architectural monument designed both as a symbol of peace and a place of reflection and meditation.

The cloud-shaped building seems to float on the water in Nordhavn, to the north of Copenhagen, a district currently undergoing major urban regeneration.

The sea itself serves as the floor, the cloud as the roof.

The entrance is through an underground passageway, which leads to a platform surrounded by the sea, the visitor is then invited to carry on this discovery by means of small boats, under a vault of white concrete.

Serenity and harmony reign throughout this entire space, the light is reflected on the surface of the water, and changes depending on the seasons. There is no additional heating system, the seawater enclosed in the building gradually absorbs the heat from the sun and the water stores this energy for thermal use. As a result, the interior temperature is kept relatively constant, allowing for a comfortable environment even in winter time.

Perhaps this work echoes his belief that “buildings today are no longer just simple shelters, but diverse ‘sceneries’ that make up the vast space of this world.”

In the “The KAIT Workshop,” his first independent project, he used 305 unevenly distributed columns of different shapes to create ambiguity within the scenery.

Adjacent to the Kanagawa Institute of Technology Workshop, he designed a recreational and multipurpose space, catering for an array of student activities, events, barbecues, parties, sports and relaxation.

The space is made from a roof consisting of a single steel sheet, 12 millimeters thick, supported by four lateral perimeter walls and punctuated with multiple overhead apertures open to the sky.

The steel-plate roof expands and contracts depending on the temperature, and the ceiling height varies from 2 to 3 meters. In fine weather, soft light filters in through the skylights.

When it rains, water flows along the rooftop to fall through a single opening, creating a small waterfall inside the building.

The bowl shaped floor, covered with mortar and gravel, traces the slight catenary curvature of the roof. The vast interior is wide and flat.

With a floor like the earth and a ceiling like the sky, the two seem to merge to form a horizon in the distance, rendering a seemingly infinite space.

“As architects, we need to listen with care and humbleness to the voices of all the people on this earth who are in need of architecture,” he said. “Perhaps we might set aside the generalities of architecture — the common practices, categories and styles — and reconsider architecture afresh, as if constructing buildings in a world where all concepts of architecture are nonexistent.”

Ishigami is also an expert “freeing” the existing environment through a piece of public art.

“Ghost” is a sculpture almost 2 meters high, designed by him for the Sarugaku Festival in Tokyo’s Daikanyama district. The structure, made from a delicate metal mesh, corresponds to the architect’s designs to create a transparent ghost that appears to float above the ground. The lightness of this sculpture allows it to be presented suspended from the ceiling. It can be seen swaying gently as visitors walk around it.

“Chapel of Valley” is Ishigamis’ project at the base of a very small valley in Shandong, China.

Here, he takes advantage of the terrain’s natural ruggedness accentuating the depth of crevices by approximately 20 meters. The chapel he is building literally seems to surge forth from the ground. The building rises to a height of 45 meters with a width of 1.3 meters at its narrowest part. The chapel consists of two closely spaced reinforced concrete curving walls. The walls, which run alongside each other to form a narrow entrance, gradually move further apart from each another. The slender and high walls accentuate the valley’s natural depth, while the light that pours into the depth of the building becomes still and holy.

“We need to think freely and explore various possibilities of free architecture,” he said. 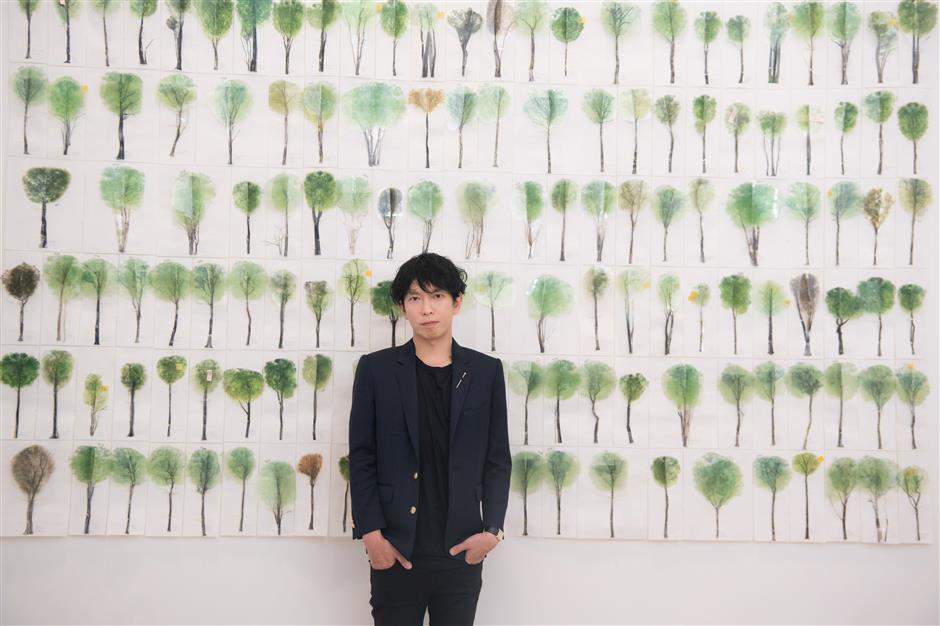