At the quiet stylish garden villa at 257 Tongren Road, a mourning tune from a guqin (traditional string instrument) can be heard coming from the chic abode one wintertime day in 1934. The sorrowful lament is being played by the wife of Shi Liangcai (Shih Liang-ts’ai), a journalist, publisher and long regarded as China’s answer to “Joseph Pulitzer.” 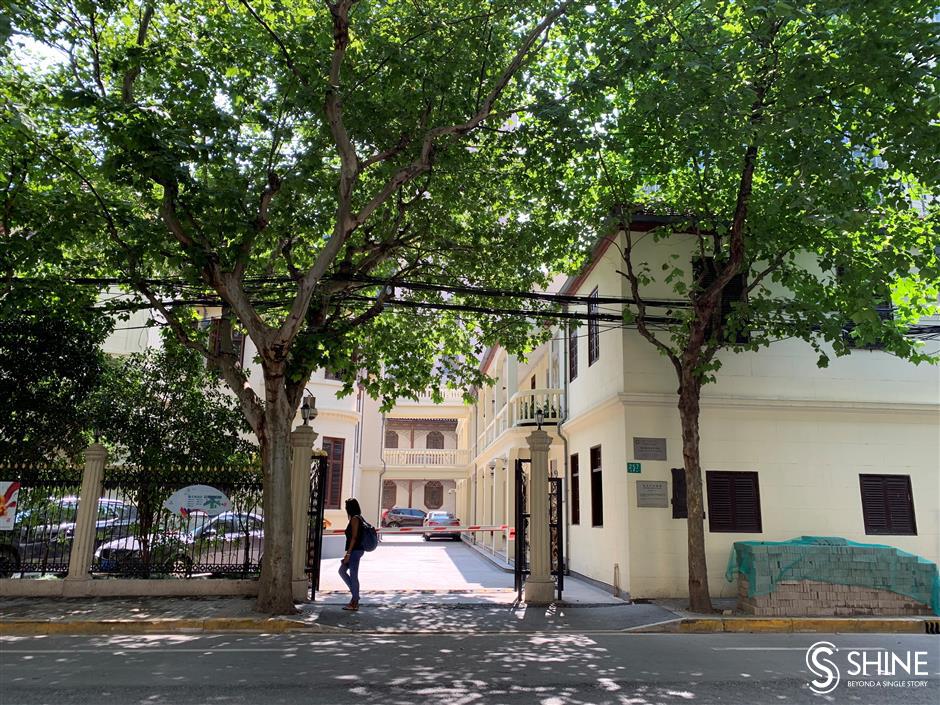 Now used as the office of SPAFFC, the historic building on Tongren Road is well preserved inside and out.

Shi had been assassinated, on November 13, on his way back via the Hu-Hang Highway (between Shanghai and Hangzhou) by a Kuomintang secret agent.

“A significant person in Chinese journalistic history, Shi was a newspaperman with an upright heart who always tried to tell the truth to the public,” said Zhang Yaojun, a researcher of modern Shanghai history from the Shanghai Archives.

Shi grew up in Songjiang, now part of Shanghai. He was proprietor of the Shun Pao (Shanghai News), the most widely circulated Chinese newspaper in Shanghai before he passed away in 1934.

Shi had a versatile working experience after he passed the Xiucai Examinations of the Imperial Court (for civil service recruitment) during the Qing Dynasty (1644-1911) — the equivalent to a bachelor’s degree, at the age of 20.

In addition, he held several political positions between 1910-15, including the posts of director of the Salt Administration Bureau of Suzhou and director of Customs Revenue Administration of the Shanghai Circuit during both the Qing and Republic of China years.

“While serving these posts, Shi was deeply disappointed with Chinese political circles, which were full of deceit and blackmail,” Zhang said. “He then switched to the newspaper business, hoping to arouse ethic consciousness and social justice through journalism in China.” 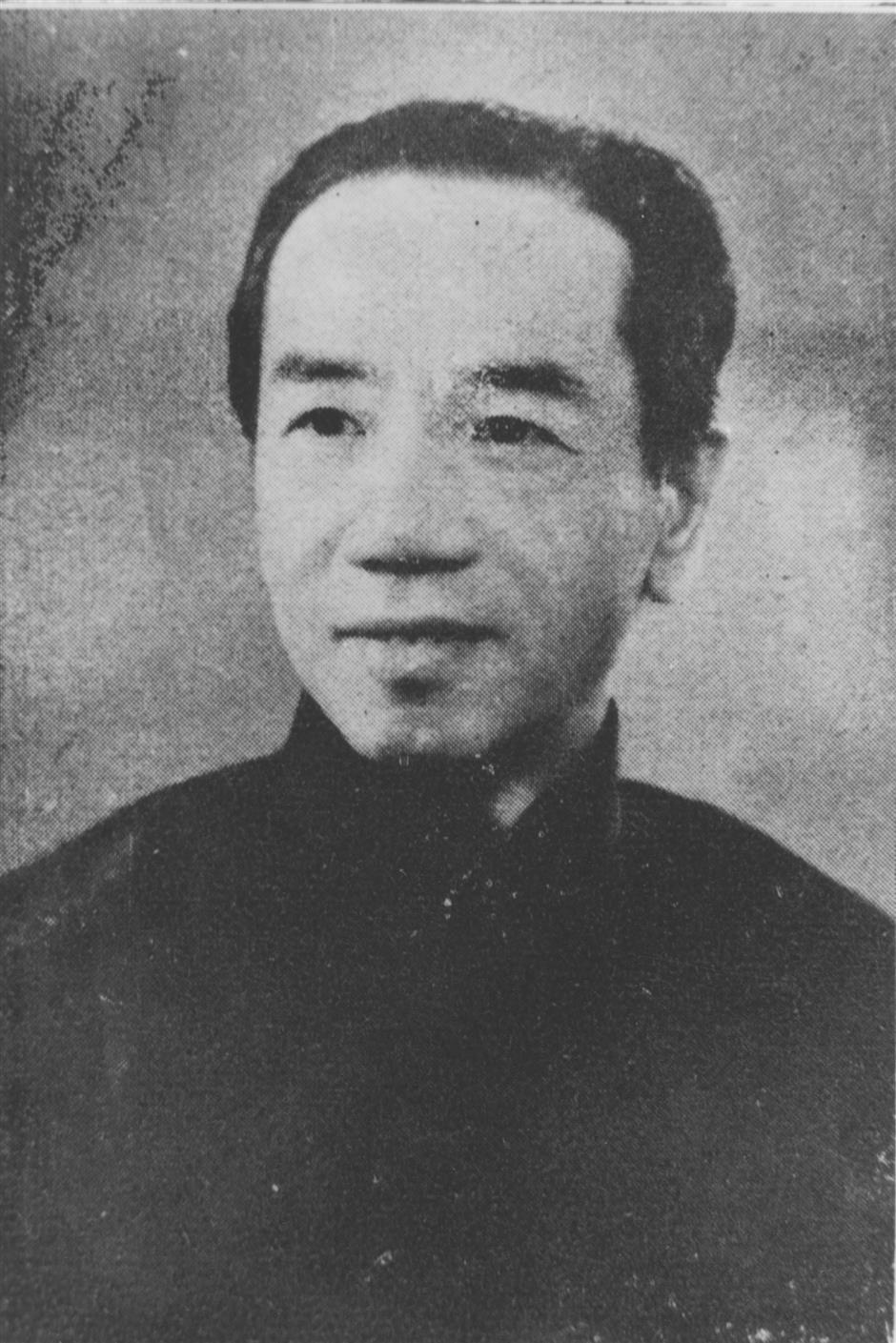 Shi became the publisher of the Shun Pao in 1912 when the paper was still in a precarious stage with a daily circulation of only a few thousand copies. A competent publisher, he employed talent, improved management, focused on advertising, reduced costs and successfully won support from financiers in the neighboring Jiangsu and Zhejiang provinces.

After 1931, Shun Pao’s opinion of the war against Japanese invaders enhanced the paper’s influence and circulation.

According to “Who’s who in China,” a column in The China Weekly Review dated April 5, 1930, the paper grew to be one of the most influential newspapers in the country with a daily circulation of more than 150,000 copies. Shi himself also became “one of the most prominent persons among the local gentry of Shanghai in educational, social and philanthropic endeavors, being the director of a number of universities, hospitals and philanthropic societies.”

He was also one of the most successful business promoters in Shanghai being financially interested in several banks, drug stores, cotton yarn factories and bookstores. The column also stated his residence address on Hardoon Road, which is today’s Tongren Road. 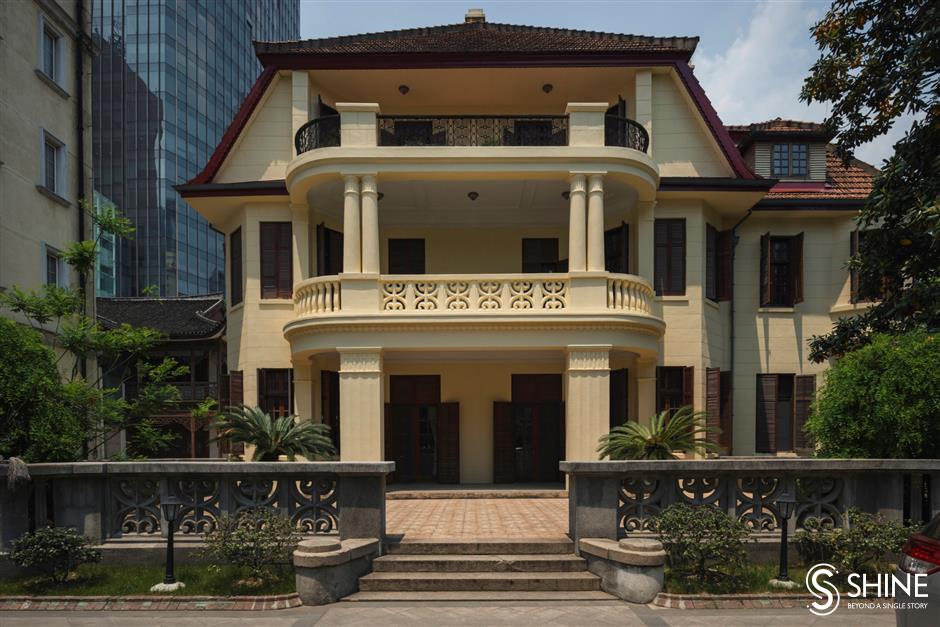 The Shi Liangcai Residence at 257 Tongren Road is a yellow-hued brick-and-wood structure topped by red tiles.

According to archives of Jing’an District Housing and Land Management Bureau, it is a French country-style villa built by Shi in 1922. Covering an area of 1,222 square meters, the facade of the three-story villa is graced by open-air verandas on the second and third floors, and classical orders in varied sizes and styles.

Now used as the office of Shanghai People’s Association for Friendship with Foreign Countries, the building is well preserved inside and out. The interior is richly decorated by plaster cornices on the ceiling and patterned mosaic floors. Both fireplaces and a grand staircase are fashioned from marble with grey-creamy patterns.

The small, stylish garden is planted with lush lawns and trees. Also in the yard, a red building with traditional Chinese decorations is said to have been used as Shi family’s ancestral hall.

In 1932, Shi founded a club named “Ren Shen (after the Chinese name of the Year of the Monkey)” at this residence to unite patriotic Chinese capitalists and intellectuals. They often gathered to discuss strategies to fight the Japanese invaders. Shi’s later tragedy resulted from his growing social influence, Anti-Japanese attitudes and free journalism opinion.

“After Chiang Kai-shek murdered Deng Yanda, a left-wing leader of Kuomintang party, in 1933, Soong Ching Ling, widow of Dr Sun Yat-sen, wrote an English letter of protest. With Shi’s help and resources, a Chinese translation of the letter was published by local news agencies which irritated Chiang,” Zhang says. 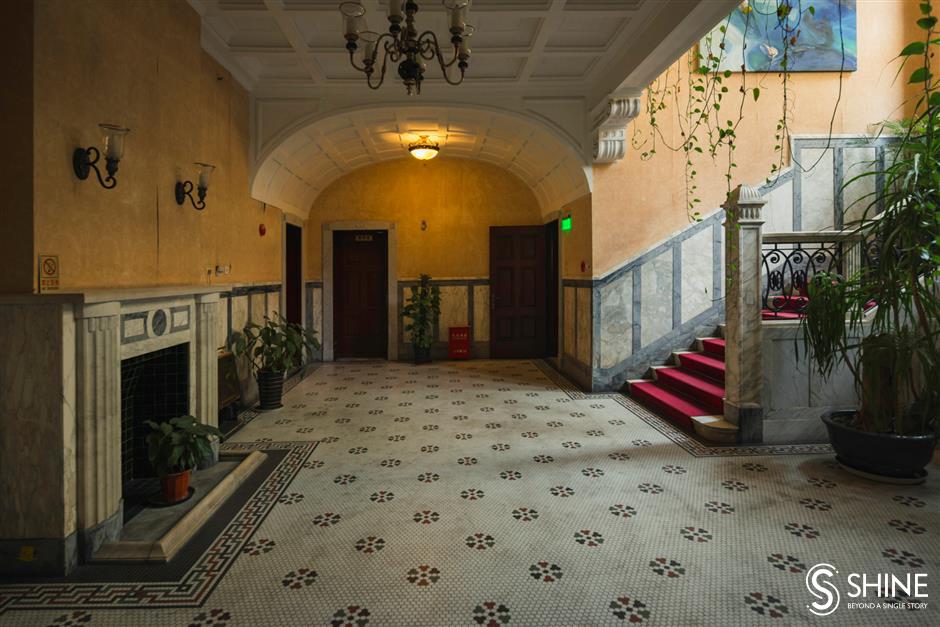 The interior is richly decorated by plaster cornices on the ceiling and patterned mosaic floors.

Shun Pao’s expose of Kuomintang government’s non-resistance policy during the war impaired the image and interest of Chiang’s regime, aroused his hatred and finally made him decide to “shut Shi up for good.”

According to archive files, on November 13, 1934, the 55-year-old was returning home, in company with his wife Shen Qiushui, son Shi Yonggeng, niece Shen Lijuan, and the son’s schoolmate Deng Zuxun in his private motorcar, to Shanghai via the Hu-Hang Highway following a brief vacation at his wife’s residence in the lakeside city of Hangzhou.

Their car was halted by the henchmen’s car, a Buick convertible, at Wenjiabu, midway between Hangzhou and Haining. Seven men piled from the obstructing vehicle, punctured the tires of Shi’s car, shot the chauffeur and Deng dead and pursued Shi into a roadside hut where they killed him on the spot. His body was dropped into a dry cistern.

“Deng, 23, was a schoolmate at the Hangchow (today Hangzhou) Christian College of Shi Yonggeng, son of the publisher, who managed to run to safety together with Shi’s wife and niece, except for a bullet in the arm of Shen Qiushui that was later removed in Hangchow,” The China Press reported on November 14, 1934, with a photo of Shi’s car, a Studebaker.

Shi’s assassination was a great shock in Shanghai, widely mourned as a serious loss to the country. More than 1,300 people attended a memorial service held at the Chinese Chamber of Commerce on December 23, 1934. Many noted figures of the times attended the service or presented mourning scrolls.

Mayor Wu Te-chen of the Municipality of Greater Shanghai, who presided over the ceremonies, eulogized the life endeavors of the murdered publisher

Mayor Wu recalled that Shi devoted his lifetime to four lines of social welfare work. He should be commemorated as one of the pioneers of journalism in China. His name was also associated with enterprises for the promotion of education and culture.

Generally, Shi took interest in anything that proved to be for the well-being of the nation and the people at large. He should be particularly remembered for the time and enthusiasm given to the preservation of peace and order in Shanghai during the Sino-Japanese hostilities.

Wu further pointed out that local participating groups should carry on the unfinished task of promoting social welfare in Shanghai, to which the late newspaper publisher had dedicated himself, The China Press reported on December 24, 1934.

“Shi found a way of publishing a newspaper for the general public which was unprecedented in China. Before Shi, Chinese or foreign newspapermen published newspapers either for the purpose of missionary, earning money, enhancing their own political powers or gaining political positions. Unlike them, Shi and his Shun Pao initiated a new epoch of free journalism,” Ye said. 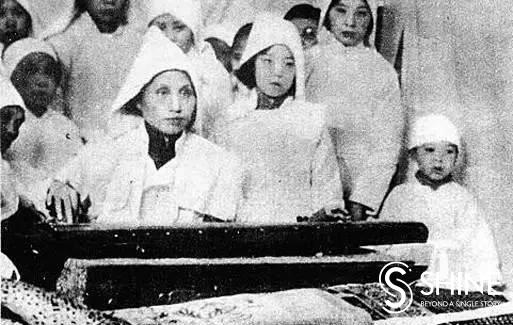 Shen Qiushui playing guqin at a funeral service in 1934.

Among the Chinese and English newspaper reports of Shi’s death and memorial service, a small photo in a bilingual picture magazine named “Dazhong Huabao” was most touching.

The magazine published a photo showing the mourning hall of Shi’s Hardoon Road residence where his wife Shen Qiushui was seen in white attire playing guqin. It says “Mrs Shi is playing a mourning tune on a seven-string guqin before the body of Mr Shi. The tune sounded like sobbing and visiting mourners cried on hearing the tune.”

It is said Shi got to know Shen through her skills on guqin performance. Shen later burnt the guqin after the burial of Shi and lived a quiet, reclusive life in Qiushui Shanzhuang, a villa bestowed by Shi to her in Hangzhou.

Tips: The building is not open to the public, but it can be admired from Tongren Road.

Many friends and relatives will visit Shi’s home at Hardoon Road to pay homage to the late Mr Shi Liangcai, publisher of the Shun Pao and part owner of the Sin Wan Pao, today, the second day of a three-day ceremony on the occasion of the removal of Mr Shi’s body to Hangchow for burial.

The ceremony began yesterday when members of the Shi family and employees of the Shun Pao headed by Mr Chang Wen-ho, chief editor of that newspaper who officiated at the service, paid their respects to the late newspaper publisher.

The ceremony will be wound up with an impressive procession on Saturday afternoon when the casket containing the remains of Mr Shi will be paraded from the Hardoon Road residence to North Station for entrainment to Hangchow.