Read all about it, bookstores learn how to sell again

Virtual reality equipment, rice-shaped bookshelves, art installations inspired by books, postboxes, toys, mobile phone cases, and more — the annual Shanghai Book Fair that opened on Wednesday has showcased how the traditional idea of books and bookstores can be extended when merged with technology, art and tourism.

Bookstores have seen a steady recovery since their nadir in 2012, with the support of government policies as well as investors such shopping malls which believe bookshops can attract crowds.

Many bookstores had turned to refined decorations and selling coffee and cakes, striving to make up for lost book sales. It worked for a while, but people are getting more demanding now, pushing bookstores to be more creative.

This year’s fair displays more than 160,000 titles, hosts nearly 500 authors who will present 1,300 activities. They are not just readings or signing.

Book-related exhibitions, flash events, art installations and field trips are under way in dozens of sub-venues around the city in bookshops, shopping malls, libraries, universities, farmer’s studies in remote districts and even in hospitals.

Now in its 16th year, what used to be a large sale of discounted books has gradually become a stage for exhibitors, especially bookstores and reading spaces.

Readers are no longer just here for books, as they can easily find bigger discounts on online platforms.

Many are attracted by the experience they can only get at the fair, which for the first time has extended its sub-venues across the country, mostly through chain bookstores in different cities.

“Readers in Shanghai are very passionate about the fair, but for us, it is no longer just about selling books for these seven days,” said a sales representative surnamed Chen, from a Sichuan Pro­vince publisher.

“It’s a brilliant occasion to establish our brand, learn what other publishers and bookstores are doing now, and most importantly to get direct feedbacks from readers. Either for publishers or bookstores, it is no longer enough just to sell books, you need to add something else.” 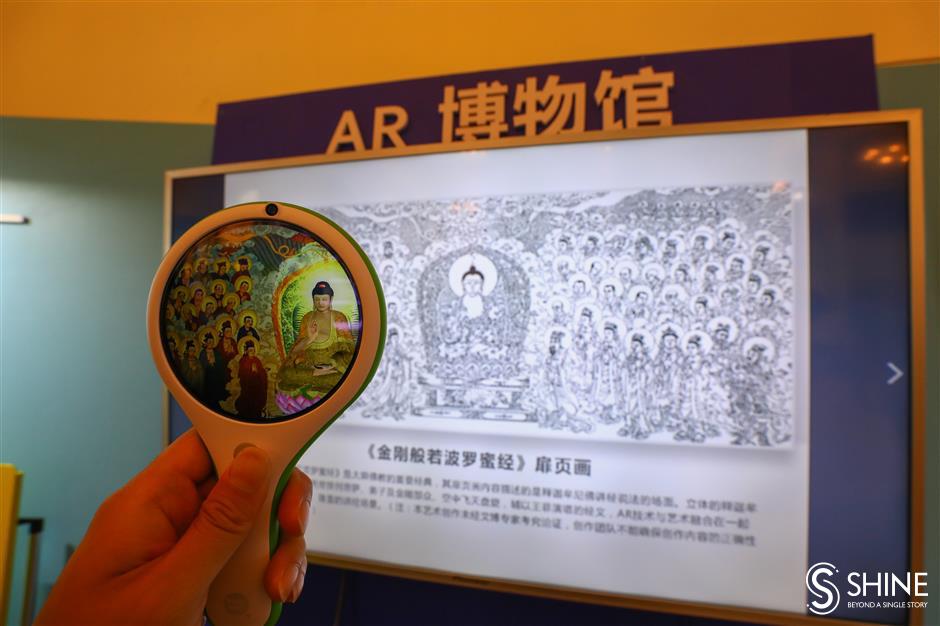 The Shanghai Book Fair is showcasing how traditional ideas of books can be extended by merging with technology.

At the Chen Bochui International Children’s Literature Award area, kids queued up to try VR glasses which place them in the scene the books describe. Others sat at a table to paint animals that can be scanned to show the co-related English word on the wall. This was inspired by prize-winning “Animal Alphabet.”

The stand for Jing’an Ideal Study features “future dreams” this year. There is a fast simultaneous interpretation facility, digital album and interactive apps supported by 5G. Visitors with 4G can also connect.

Inside the Jing’an Kerry Center, book-inspired art installations have attracted many in one of the city’s most crowded areas. One pays tribute to American writer E.B. White, while another is inspired by Haruki Murakami’s “Norwegian Wood,” one of the best-selling Japanese novels in China.

In the digital era, books are not easy to sell, especially through physical bookstores, but many new bookshops are opening around the country. 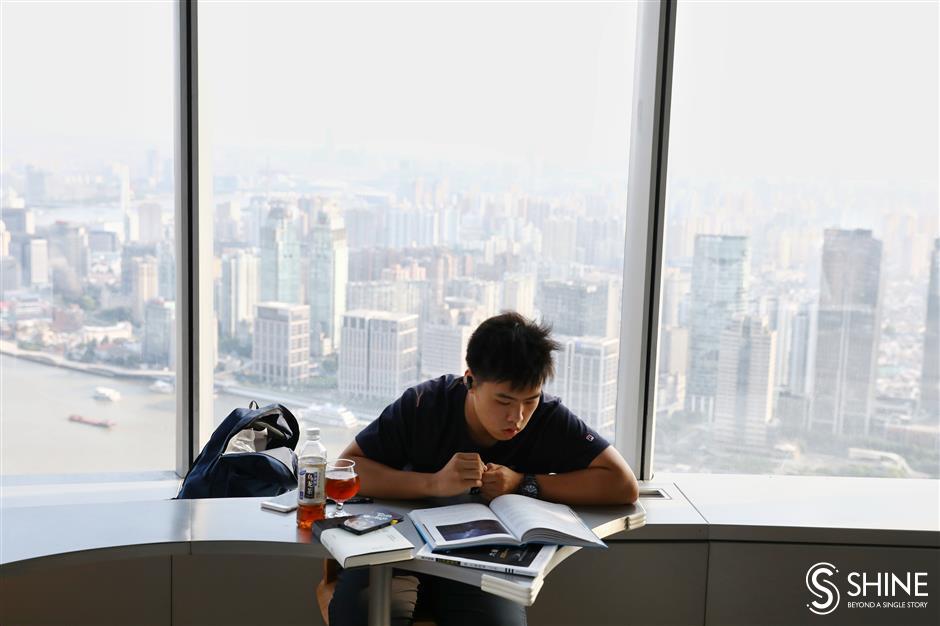 Located on the 52nd floor of Shanghai Tower, Duoyun Bookstore offers readers a unique reading environment at a height of 239 meters.

In the first week of the fair, three new bookstores opened in Shanghai — the city’s highest bookshop Duoyun Bookstore in Shanghai Tower, the second bookshop by China Publishing & Media Holdings and its first in Shanghai, and a reading space decorated with paintings inspired by Mogao Caves in Jing’an District.

Duoyun, which is on the 52nd floor of Shanghai Tower, attracted so many fans at its opening on Monday that some waited three to four hours to get in.

Its shelves include one that showcases the top-rated books from Douban, China’s books and movie review site; one from the London Review; and another displays books recommended by more than 20 cultural celebrities.

Another 18,000-square-meter bookshop intended to become a cultural landmark in Xujiahui was also announced during the fair. Set to open in 2021, construction will begin soon.

And the rice-shaped bookshelves and rice-related books and products that intrigued many visitors at the fair’s main venue, the Shanghai Exhibition Center, are a prelude to the opening of Bright Bookstore in Rice Fields, a collaboration between Bright Food and Sanlian Press, on Chongming Island.

For Zhu Yufang, founder of Hangzhou’s famous privately owned Xiaofeng Books that has stood strong for more than 20 years, the book fair is a once-in-a-year opportunity to get herself and her staff motivated.

Like many bookstore owners, Zhu has experimented with different locations and ideas with various Xiaofeng branches. One recent example was a bookstore in the hospital, providing patients in line or under treatment books to read.

The unique bookshop soon became a trending topic and nearly 70 hospitals around the country invited Zhu to open. However, she is determined to expand step by step.

A report released at the fair’s bookstore forum showed that sales of books through physical bookstores rose slightly by 2.31 percent in the first six months, mostly attributed to the price of books, which grew 8.66 percent.

While sales at large bookshops have largely remained the same, smaller and more specialized bookstores have expanded rapidly.

“It is no fun going to huge book towns for me,” said Zhu Yanying, a rising senior at a local high school.

“There are so many ‘e-celebrity’ bookstores that are like tourist attractions. They are photogenic, comfortable with cafe areas, and also more cultural than other ‘e-celebrity’ venues.

“I can get a sense of which books are trending and which ones are in-depth and worth reading.”

Zhu came to the fair with different friends for three days in a row — for the various bookstores and reading spaces rather than the discounted books.

She has bought two novels while spending three times as much on postcards, themed bags, and other book-related products.

“It is my way to support bookstores I like,” she said. “For a city like Shanghai, the more bookstores, the better.”